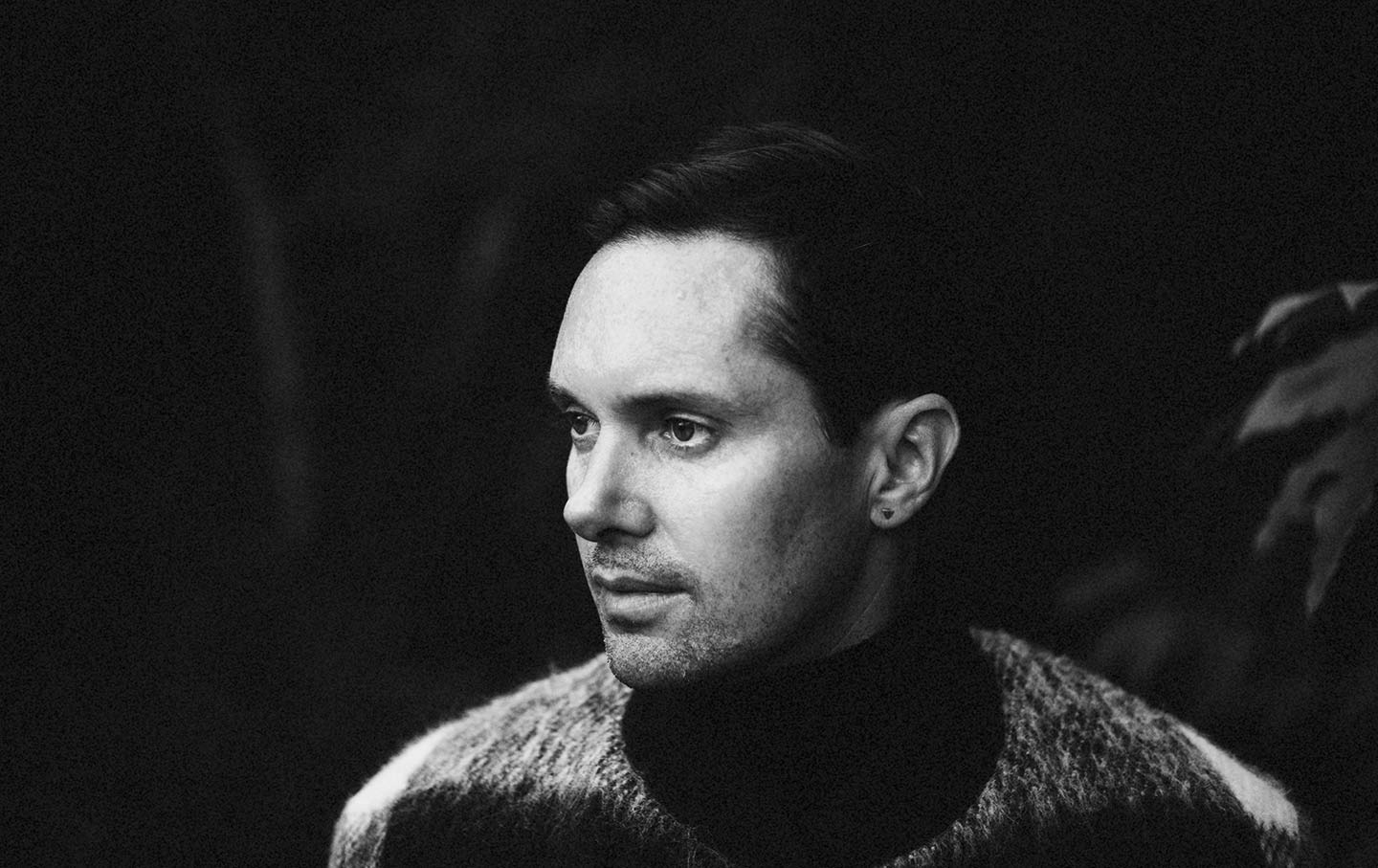 The simplest way to describe Rhye is to label the group alt-R&B; the bedrock of their sound is a steady, clear-eyed bass line, upon which everything else—soulful guitar, paint-spattered synths, silken violins—rests. On top of this floats the voice of Rhye’s only permanent member, Mike Milosh, whose mesmerizing countertenor I find to be either a vintage throwback or impossibly futuristic, depending on my mood.

On Rhye’s 2013 debut, Woman, Milosh kept his identity in the dark; critics and fans alike wondered at the gender behind that honeyed, high-pitched voice. What they were drawn to was Milosh’s quavering intensity and the yearning that his voice conveyed—elements that Rhye’s latest offering, Blood, features in spades. The album is mainly a showcase for Milosh’s instrument, and his breathiness seems to expand to fill whatever song it’s featured in.

Milosh’s voice also lends the songs on Blood an undeniable sexiness: This is a horny album. On one single, “Taste,” Milosh sings to a genderless lover from what sounds like the early heat of a new relationship. “I’m not awake / I’m not alone / You’re right beside my face / Will you love me this way?” the song begins; the way its negation—“I’m not awake”—combines with the realization, upon waking, that the narrator isn’t alone captures the way newfound desire is never enough: “One more time for my taste,” Milosh sings in the chorus, “See me fall from your eyes to your waist / One more time for my taste / Drink this wine from your sweet, from your case.”

Milosh, however, doesn’t just sing about desire; he’s also concerned with its mechanics. The songs on Blood show love as an uncertain force. “Such a waste I’m waiting out this time / Such a waste I’m feeling all of this now / So many ways to turn this all around / So many ways to make those hidden things found,” Milosh sings on “Waste,” the album’s opener, until finally he’s sure: “We’re going through some changes / Hold my heart.”

That phrase—a gory image that manages to convey the risk in trusting someone—captures Blood’s spirit as it charts a neat course across the shape of a relationship, from infatuation to “What are we?” to “It’s over.” This could also double as a description of a one-night stand—the first passion, the cleaving together, and then the bittersweet end. Milosh seems to always be playing with these double meanings, which are amplified by his lyrical intensifiers. (Count the number of times the word “really” appears, how pleading the singer’s character is.) It’s as if he’s trying to reach across a void to touch a particular feeling on the other side. He never gets there.

It often seems like the easiest thing to say about love is that it’s difficult, and the hardest thing to say about sex is that it’s easy. Blood’s subject is the vast and uncharted territory between sex and love, and Milosh’s voice is our guide. While the album is frequently brilliant and illuminating, sometimes the slower cuts feel maudlin and unearned. Tracks like “Please”—“Oh, baby please I’m on my knees / (Oh my words seem hateful) / But we’re building you and me / Don’t cry that way,” the chorus goes—feel like empty gestures, a series of rote offerings to the love-song gods. In “Blood Knows,” which is propelled gently forward by the lightest drum kick I’ve ever heard, the lyrics are so vague as to be meaningless. “Follow that line that led us that way / ’Cause there’s a beauty in not knowing fate / Let’s not cave in to this fear,” Milosh sings in the second verse. But what could he possibly fear? It’s not clear. Though the strings shimmer synthily in the background, atmosphere can’t be a substitute for narrative substance.

Blood is at its best when both band and singer let loose, when they risk something. That’s clearest on “Sinful,” one of the album’s standout tracks: It opens with a folksy, fingerpicked acoustic-guitar figure, impelled inexorably forward by a soft, brushed high-hat beat; the song doesn’t really open up until almost at its exact midpoint, when the violins swoop in from on high. It’s probably not a coincidence that “Sinful” features less of Milosh and more of the band, and the song sounds like the product of genuine experimentation, of hours spent in the lab. The lyrics are also a testament to a certain animal voraciousness that lost love can produce: “I’m not alone / I’ll eat your memories / Don’t fake a restless heart / You’re not alone,” Milosh sings, almost menacingly. It’s the last song on the album, and it feels, appropriately, like it’s about a relationship that’s ending—when there’s nothing left to do but fight because neither of you is ready for the end.

“Feel Your Weight,” another standout, is notable for the opposite reason: It’s the most playful song on Blood, and it’s a testament not to love lost but to the possibilities of love won—or, more precisely, to the joy and companionship of spending a night with someone else. It’s also filthy: “You’re coming slow / I hear you’re so bad / I kinda love your vain / I’ll love you slow / You’re feeling so fast / You’ll kinda love this pace / Whining inside, come into focus, don’t wanna lose your face.”

Despite all of the sex baked into Blood, the album is striking for the sense of solitude that lurks beneath its surface—the fear of being alone seems to drive Milosh’s narrators to a frantic search for relationships. The album captures the shades of that neediness well, and it’s a reminder that what drives people to settle down temporarily is the same thing that brings them together for the real thing. Every relationship has a beginning, a middle, and an end.