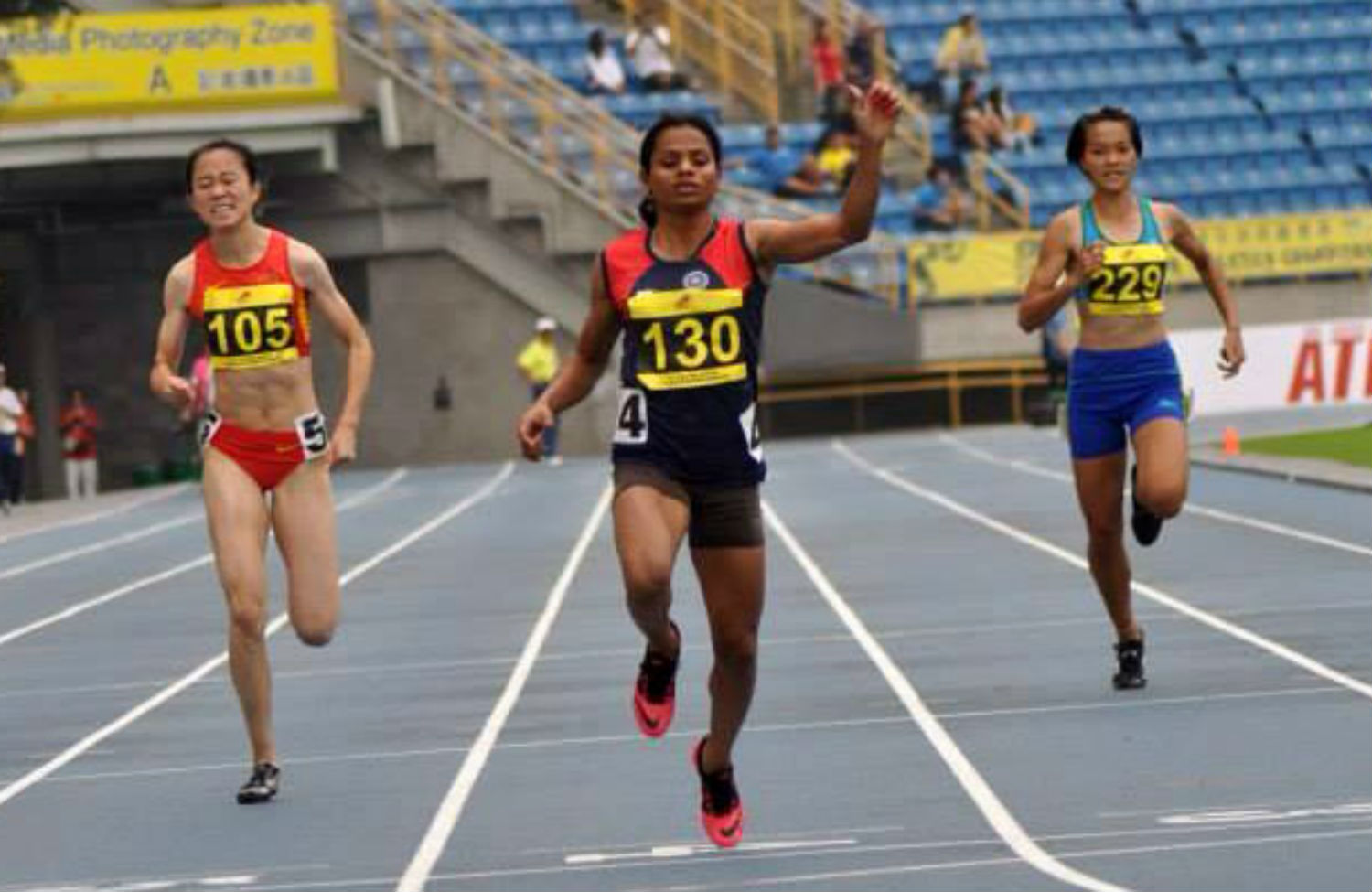 Imagine if four female Olympic athletes from extremely poor countries were told that if they wanted to compete, they’d have to undergo a surgical procedure on their genitalia—with lifelong health repercussions—to lower their testosterone levels. Imagine if they were informed by ruling officials that unless they went under the knife, their athletic dreams would go up in smoke. Imagine if the doctors also subjected them to procedures that had nothing to do with their testosterone levels, but were aimed at “feminizing” them, including “a partial clitoridectomy, and gonadectomy, followed by a deferred feminizing vaginoplasty.” This is not the plot of a new sports book by Margaret Atwood. This is an all all-too-true tale from the 2012 London Olympics.

Surgical violence of this kind is perpetrated against women with naturally high levels of testosterone, referred to in the medical world as “hyperandrogenism.” In other words, women, because of what their body naturally produces, are deemed to no longer be women. Instead, in the eyes of the ruling international bodies in sports, they are aberrations in need of correction. What’s not clear in any of these cases is whether these doctors revealed that this surgery can also lead to sterility, loss of sexual sensation and lifelong risks to their health.

There is one woman, however, who is standing up, going public and saying hell, no to what international athletic officials define as normal. She also comes from a developing country, also was born into poverty and also represents the best hope for her family to deliver them from their one-dollar-a-day jobs as weavers. By refusing surgery, and by fighting to be heard, she is risking a great deal. But this is someone of uncommon courage. Her name should be synonymous with resistance against the idea that there is somehow something wrong with anyone outside the proscribed gender binaries in sports. She is from India, and her name is Dutee Chand. Last month, Dutee Chand went public with her refusal to let hormones or surgical instruments invade her body, saying, “I feel that it’s wrong to have to change your body for sport participation. I’m not changing for anyone…. It’s like in some societies, they used to cut off the hand of people caught stealing. I feel like this is the same kind of primitive, unethical rule. It goes too far.”

Chand’s story began at what should have been her ultimate triumph, having just won two gold medals at June’s Asian Junior Athletics Championship. An opponent, undoubtedly at the prodding of a coach, demanded that she be tested for “hyperandrogenism”. The Sports Authority of India thoroughly examined her naked body, took her blood and had her receive an ultrasound. According to Chand, who was just 18, she was not informed why they were going over her body like it a piece of meat. She was then deemed unfit to compete without surgery and hormone treatment.

This all highlights the profound double standard women face in sports when it comes to how we view their very bodies. I spoke to Nancy Hogshead-Makar, multiple Olympic Gold medal swimmer and civil rights attorney. She said to me, “When men are born with unusual genetic differences that help them become better athletes (think Michael Phelps), we applaud them. When women are born with them, they are scorned and told they’re a threat to other women. Dutee Chand is no more of a threat to fair competition than Lisa Leslie or Brittney Griner in the WNBA. I don’t have the condition hyperandrogenism, but I am unusually muscular. When I was growing up, I heard on almost a daily basis that I wasn’t gender conforming—that my strength was a threat. More testosterone doesn’t make a woman male, any more than extra height or large lung capacity does. Elite athletes of all types are important for young girls to see because their very presence breaks down stereotypes that hold women back.”

On gender issues, the open, proud cognitive dissonance of the sportsworld is stunning. Sportswriters drool over the genetic marvel that is high school basketball phenom Thon Maker, but Dutee Chand, running in her natural state, has her body scorned and criminalized.

There is now a movement to end these barbaric policies and allow Dutee Chand to compete, without having to undergo surgery or hormone treatment. A petition decrying Chand’s “unscientific and discriminatory” treatment and calling for the International Association of Athletics Federations (IAAF) to abolish these polices is now online, under the name “Let Dutee Run!” As written by Katrina Karkazis, it reads in part, “I started this petition because I believe Dutee should be allowed to run without having to prove that she is woman enough to compete with other women. As she has said, ‘I’m a woman. I should be allowed to compete as a woman. I do not understand why I am asked to change my natural body simply to participate as a woman.’”

Everyone should sign this petition and stand with Dutee. Not surprisingly, the best answer to all the athletic officials and critics who try to tear her down, comes from Dutee Chand herself. When they ask her, why she is standing up, speaking out, and resisting the surgeon’s knife, she says, “Why surgery? I’m not sick!”

There is an aspect to this story that, I believed was assumed, yet which readers have said I should make more explicit, so please allow me to do so. We have to say that this unabating “hormone testing hysteria” is not about fairness or having a “level playing field” for athletic competitors. It’s about transphobia spiked with no small amount of racism. There is a long tradition in women’s athletics – particularly women’s track and field – where black women as well as women with non-female conforming features, have been looked upon with consternation, derision, and in the end, persecution. In the late 1940s, an Olympic official, Norman Cox, said that in the case of women of African descent, “The International Olympic Committee should create a special category of competition for them — the unfairly advantaged ‘hermaphrodites’ who regularly defeated ‘normal women,’ those less skilled ‘child bearing’ types with ‘largish breasts, wide hips and knocked knees.”  By 1964, “sex-testing”, which started as women athletes lining up naked for full-body inspections, had become Olympic protocol for all prospective women competitors.

Dutee Chand is now confronting not just 21st century officials, but decades of backward scientific thought that belongs in history’s dustbin. Fear of non-gender conformity – transphobia – and racism are now Dutee Chand’s greatest opponents: opponents she provoked merely by saying that she wanted to run without having to go under the surgeon’s knife.