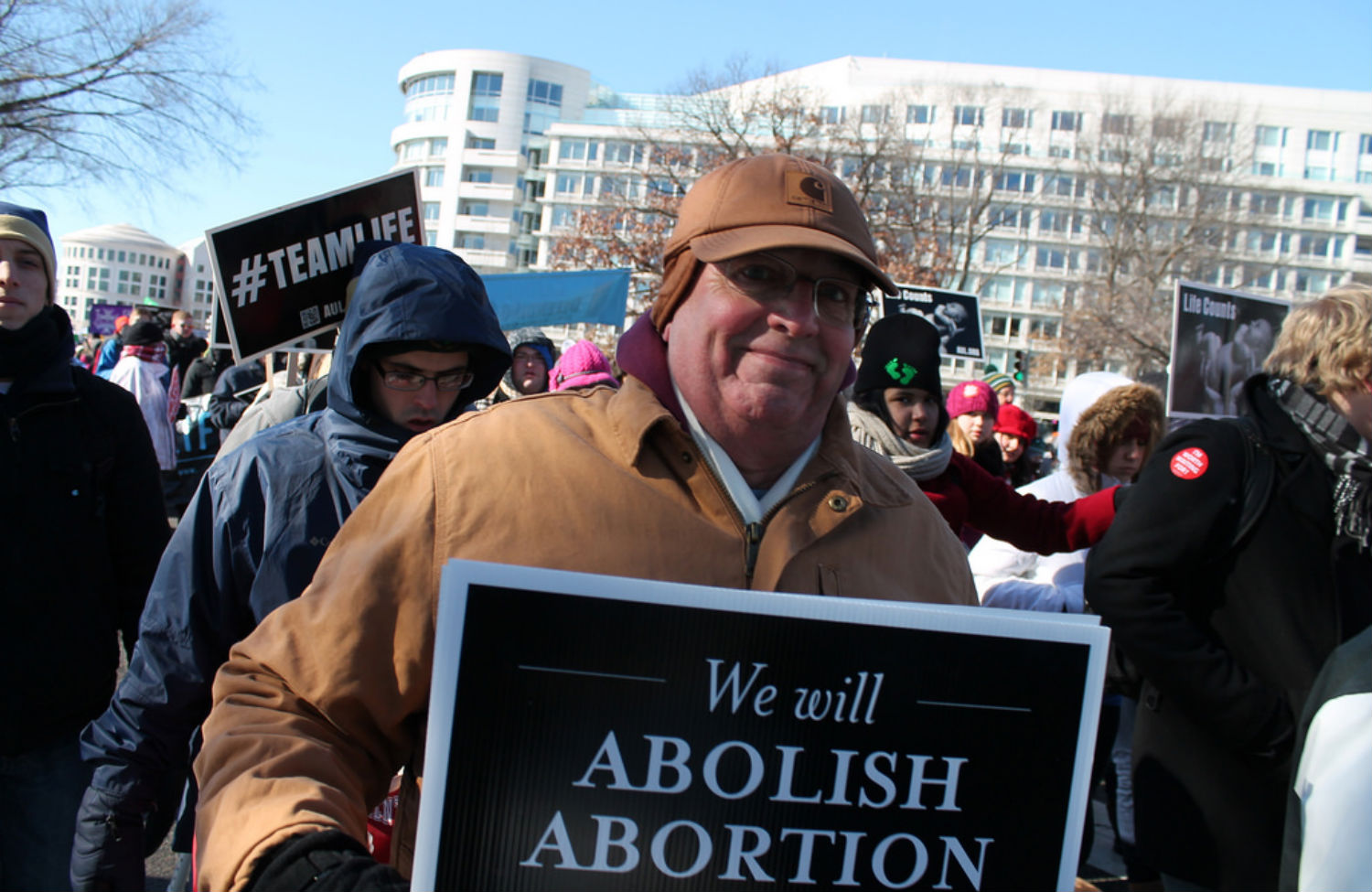 Turns out the Republican Party is not embracing a more moderate platform after all.

Consider this week’s case study, abortion. Anti-choice legislation “remains a top priority for me and my colleagues,” majority leader Eric Cantor announced to a frozen crowd of 25,000 at the March for Life, an annual rally on the National Mall. Cantor said he’ll rush to hold a vote next week on the No Taxpayer Funding for Abortion Act, which would deny abortion coverage to women insured through Medicaid, and could require the IRS to audit rape victims.

“The Republican National Committee urges all Republican pro-life candidates, consultants, and other national Republican Political Action Committees to reject a strategy of silence on the abortion issue when candidates are attacked with ‘war on women’ rhetoric,” reads the resolution. Committee members will vote on that principle on Friday.

After voters punished anti-choice candidates in 2012 and 2013—most memorably Senate hopeful Todd Aiken, who said that in cases of “a legitimate rape, the female body has ways to try to shut that whole thing down”—there was some reason to expect the GOP to talk less frequently and more quietly about abortion. Reince Priebus himself penned an autopsy of the 2012 elections in which he didn’t mention abortion explicitly but warned, “When it comes to social issues, the Party must in fact and deed be inclusive and welcoming. If we are not, we will limit our ability to attract young people and others, including many women, who agree with us on some but not all issues.”

Republicans are now signaling that they will reinvigorate anti-abortion messaging in the midterms. In a one-two punch designed to fire up both the religious right and anti-government conservatives, Republicans are harnessing anti-Obamacare furor to reframe the abortion debate, arguing that the healthcare law appropriates billions of taxpayer dollars for federally funded abortions and infringes on religious freedom to boot. This message is directed at boosting turnout from the base, particularly in conservative states where Democratic senators are facing tough re-election campaigns. The GOP will look to female candidates, in particular, to press an anti-abortion platform more forcefully, according to party spokeswoman Kirsten Kukowski. Several outspoken abortion opponents have launched primary bids for Senate seats, including Karen Handel in Georgia, Joni Ernst in Iowa, Jo Rae Perkins in Oregon, and Nancy Mace, who is challenging Lindsey Graham for his seat in South Carolina.

Reproductive rights advocates welcome the fight. “I think politically, it’s a disaster for any politician to be trying to take away rights for women,” Cecile Richards, the president of Planned Parenthood, told me. In the past three years, legislators have been astoundingly successful at rolling back those rights through a wave of restrictive clinic regulations, ultrasound requirements and other measures that make it more difficult for women to get abortions (NARAL Pro-Choice America recently gave the United States a D in its annual report card for reproductive freedom). But they haven’t necessarily trumpeted those efforts, and instead forced legislation through in special sessions or as riders on unrelated bills. As Richards pointed out, 80 percent of Texans opposed moves by Governor Rick Perry to push new abortion restrictions in a special session. “These politicians don’t represent the will of the people,” Richards said. “They’re feeling empowered to legislate on issues that the American people don’t support and I think at the end of the day, they’re gonna pay the price at the ballot box.” NARAL president (and a blogger for TheNation.com) Ilyse Hogue told me last week that forcing these politicians to be upfront about and campaign on an anti-choice platform may in fact be the key to defeating them. In Virginia’s gubernatorial election last year, for example, Democrats and pro-choice groups attacked Republican Ken Cuccinelli for opposing abortion even in cases of rape and incest. He lost, with exit polling indicating that his anti-choice positions fueled the opposition.

The argument expressed in the RNC resolution—that an explicit anti-abortion platform is an asset, not a liability—gets to the heart of the broader conflict within the GOP as it considers its future in a country growing younger and more diverse: whether to rely on extreme messaging to whip up the party faithful, or to make softer gestures to a wider swathe of the electorate, and risk alienating the base.

“I don’t know that it’s something the Republican Party should be concerned with—‘Oh, we shouldn’t be pro-life because we want to get votes,’” said Eliot Schwer, a Republican who came from Omaha to the March for Life. “They should be following their own consciences, like, ‘What do I believe? What am I actually convinced of,’ you know?”

Pressure for the party to remain true to its principles has won out in the year since Priebus published his autopsy calling for a more forward-looking platform, from the government shutdown to the Employee Non-Discrimination Act, which John Boehner refuses to bring up for a vote in the House. Recent overtures on poverty, as well as murmurs from House Republicans about piecemeal immigration reform have rekindled some hopes for conservative reform, but nothing concrete indicates that looming midterm fights have strengthened moderates. To the contrary, a report published Wednesday by Americans United for Change found that congressional Republicans facing competitive races this year voted with the Tea Party 81 percent of the time in 2013.

In explaining her calls for the GOP to “reject a strategy of silence on the abortion issue,” Republican committeewoman Ellen Barrosse told CNN, “Not talking about it has not worked well for us.” She continued, “It’s a conversation the party has to have.” Her point is valid: conservative candidates will be attacked (rightly) for pursuing an agenda to deny basic rights and healthcare to American women and families, and they’ll need to respond. There are structural reasons—gerrymandering, big money politics—why holding the hardline on abortion might not be the obvious political trap it seems given broad popular support for the rights enshrined in Roe v. Wade. Still, it should be a hard conversation to win.