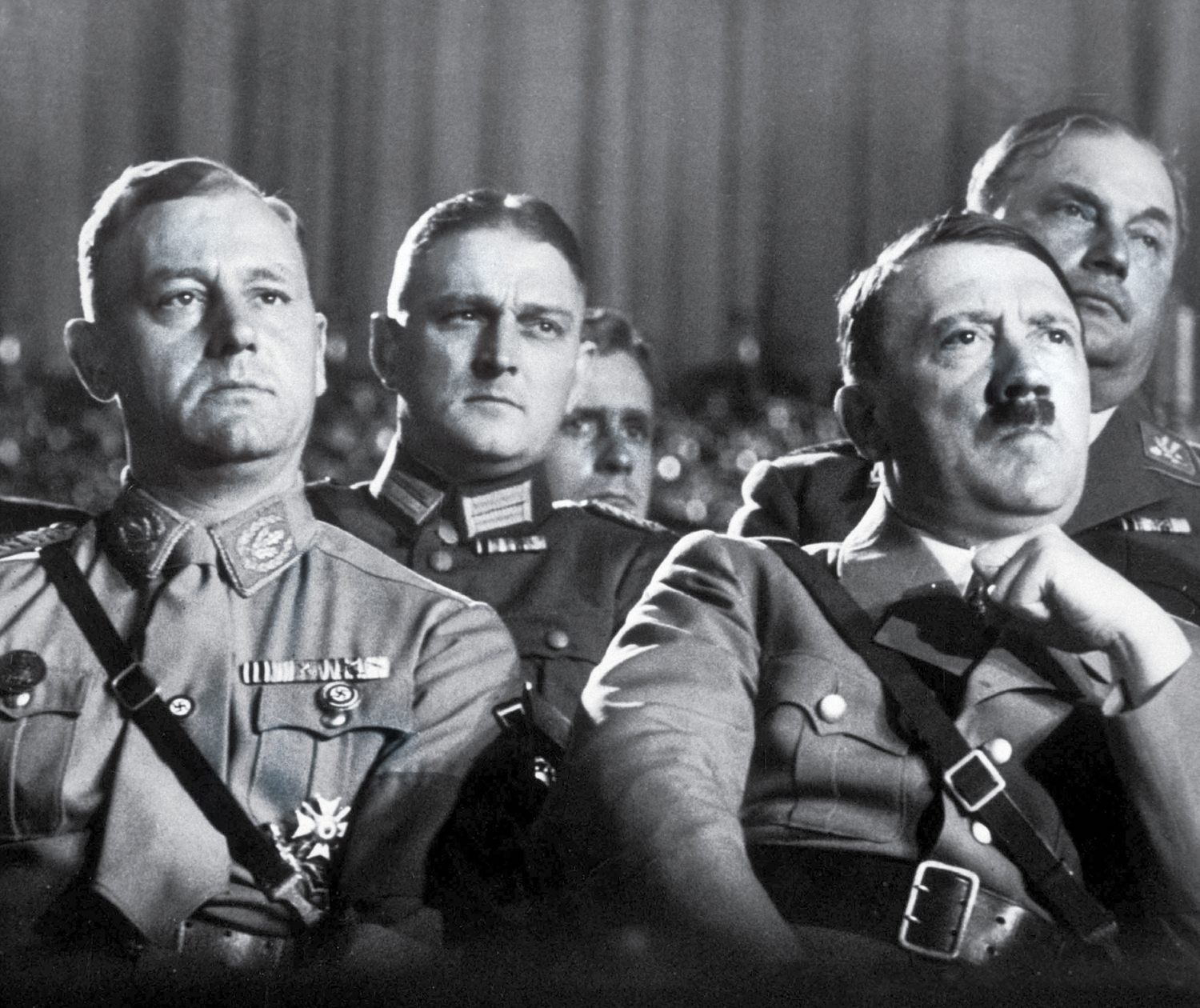 Harvard scholar Ben Urwand’s The Collaboration: Hollywood’s Pact With Hitler (Harvard/Belknap; $26.95), the product of exhaustive research in US and German archives, clearly intends to disturb readers with the force of its promised revelations. For me, though, there’s nothing in the book more unsettling than the banal fact that Adolf Hitler loved to watch movies before going to bed. He had a special fondness for American productions like Mickey Mouse cartoons and Laurel & Hardy comedies, and his underlings kept careful tabs on his responses, which fell into three categories: good, bad and “switched off.” Art doesn’t choose its audience, but of what value are good intentions when they provide comfort and joy to those who should only sleep badly? The Collaboration sounds a righteous lament about Hollywood’s inability to marshal the willpower to alarm the world about Nazism’s unspeakable horrors. But given Hitler’s own talent for selective perception, would it even have mattered?

The book’s indictment is pretty straightforward. Its thesis: throughout the 1930s, Hollywood studios—many of them operated by Jews—agreed not to make films attacking the Nazis or condemning their persecution of the Jews, in order to continue doing business in Germany after Hitler’s ascent. Urwand concentrates on MGM, Paramount and 20th Century Fox, three studios that kept making money in Germany through the early 1940s. (“Collaboration” is a bit of an overstatement, but Urwand insists that it is the exact term—Zusammenarbeit—used by both the studios and their Nazi interlocutors.) This is some serious revisionism, but The Collaboration won’t provoke fresh outrage in anyone already convinced of the sinuous durability of the profit motive. The studio bosses wanted to maintain their business, after all. Some of them privately feared that Hitler would win the war and wanted to preserve their interests accordingly. And some American Jewish groups, like the Anti-Defamation League, worried that overt protest concerning the situation in Germany would lead to intensified anti-Semitism at home. In 1933, this fear provided the studios with a perfectly high-minded justification for scuttling anti-Nazi entertainments.

Urwand places a great deal of moral emphasis on naming names. At one point, on considering the German reception of certain blandly antifascist American films, he admits that “even the movies that contained veiled references to fascism were useless: audiences in Germany could watch them and still come out with interpretations that suited their own purposes.” To wit, only the films that portrayed the Nazis as unambiguously evil could have an effect on the German populace, and only the films that named the Jews as the specific locus of persecution could awaken Americans to the impending genocide. Strangely, Charlie Chaplin’s The Great Dictator (1940), which looks even more audacious in this context, is discussed in little more than a footnote, and somehow sidelined for its overly earnest closing speech. Urwand is also less than convincing when he dismisses Confessions of a Nazi Spy, a 1939 Warner Bros. production so forthright about its aims that the advertising campaign referred to it as “The Film That Calls a Swastika a Swastika!” For Urwand, the film’s cheap and formulaic nature—and the fact that Joseph Goebbels didn’t mind the picture at all—invalidates it as an act of political courage.

Urwand has unearthed some troubling facts. Two weeks after Kristallnacht, Gary Cooper made a publicity trip to Berlin promoting Paramount’s The Lives of a Bengal Lancer (1935), one of Hitler’s favorite movies. In 1938, MGM helped finance the production of German armaments, and the head of MGM Germany divorced his Jewish wife at the Nazis’ behest. She ended up in a concentration camp.

While the effects of a more committed cinematic antifascism remain as speculative as the fantasy of Inglourious Basterds, The Collaboration makes plain that the US government and Nazi Germany were equally convinced of their entertainments’ ideological importance. In one striking example, Goebbels—chafing against his inability to fully control the audience reception of foreign movies—abolished film criticism in 1936, ordering German writers to provide “film description” in its place.

Some of the book’s most fascinating pages are devoted to the development of anti-Nazi Hollywood movies that never quite made it to production. One of the few that dared to indirectly broach the situation in Germany, The House of Rothschild (1934), contained in its final form ideas and images apparently so compatible with Nazi ideology that they were later repurposed as part of The Eternal Jew (1940), the most extreme of all Nazi propaganda films. But while this instance of Hollywood’s indirect and unwitting contribution to the fascist cause sounds discomfiting, I’m not certain that it bolsters Urwand’s thesis in any meaningful way.

Urwand wants to tell a tale of tragic historical cowardice, but even if we take his slipshod book at its word—and several scholars have strongly suggested that we shouldn’t—it remains unclear why, in the final analysis, movies could have accomplished something that newspapers, say, could not. While under Jewish ownership, The New York Times—its journalism expressly devoted to the public good—published 23,000 front-page stories from 1939 to 1945; only twenty-six of them reported on the Holocaust. Movies edify the public only accidentally, and the ethics of entertainment are always situational. As William C. DeMille (brother of the director) put it, all too prematurely, upon Confessions of a Nazi Spy’s release: “With all hope of profit gone, we can, at last, become properly indignant.”