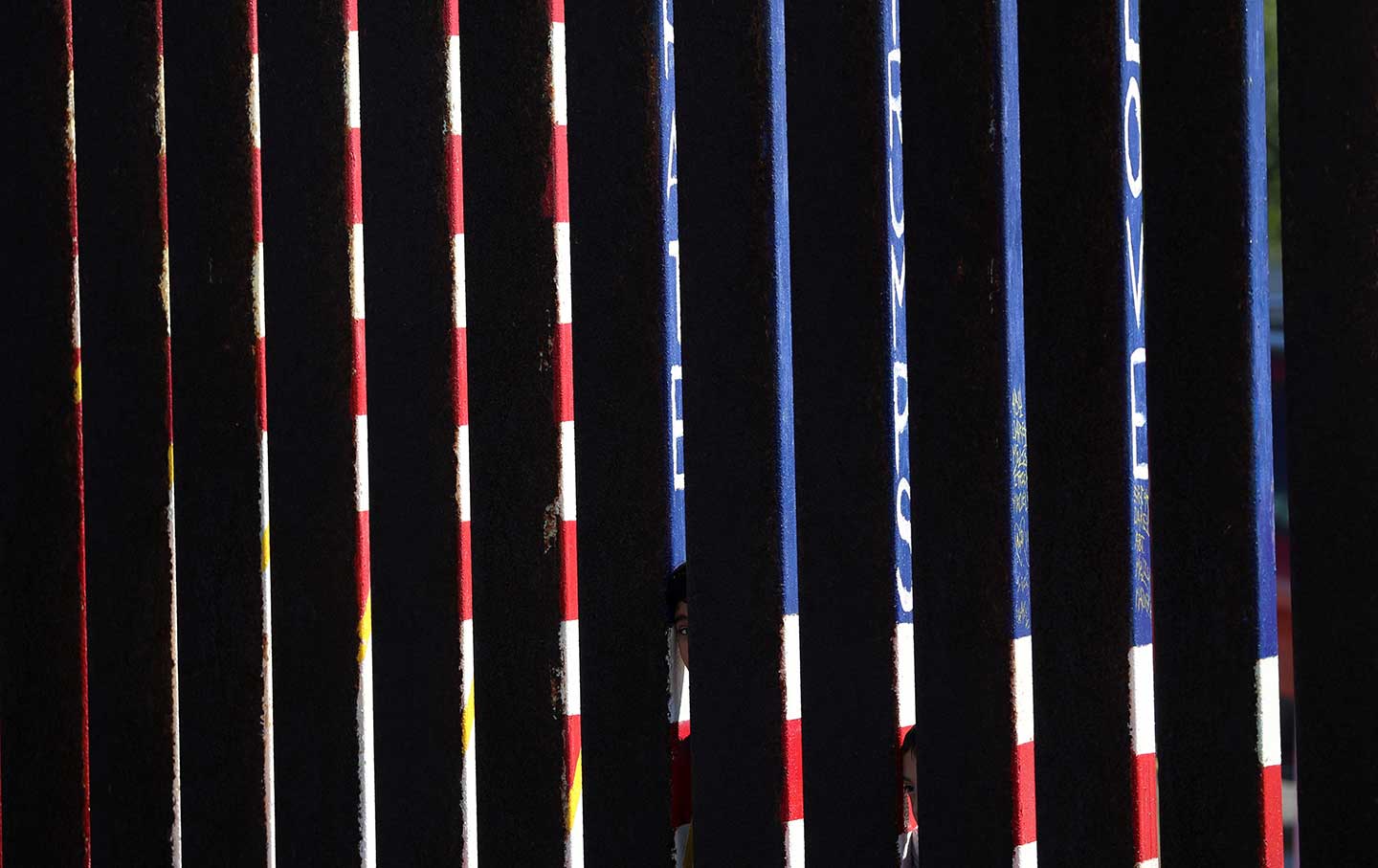 They arrive at the border with nothing, stripped of their money, their homes and often, their dignity. Now the United States is robbing them of the one thing they’ve miraculously clung to through their journey: each other.

President Trump’s new “zero tolerance” immigration policy aims at “taking back” the country by taking children from parents. About 700 families have in recent months been systematically separated, with children being separated from parents—even when families could legitimately apply for asylum, and even when doing so puts already terrorized families at even greater risk.

So the policy purporting to “deter” border crossings is, in practice, a fast track into legal purgatory, according to human-rights advocates. The notion of trying to discourage migrants by needlessly separating families is stunning enough; but Homeland Security’s singular policy to punish these specific families—who have braved hell to reach the border—marks an unprecedented level of ferocity.

“If this administration’s definition of success is to trap people in a burning house,” said Michelle Brané, director of the Migrant Rights and Justice program at the Women’s Refugee Commission, “that’s a pretty sad measure of success.” 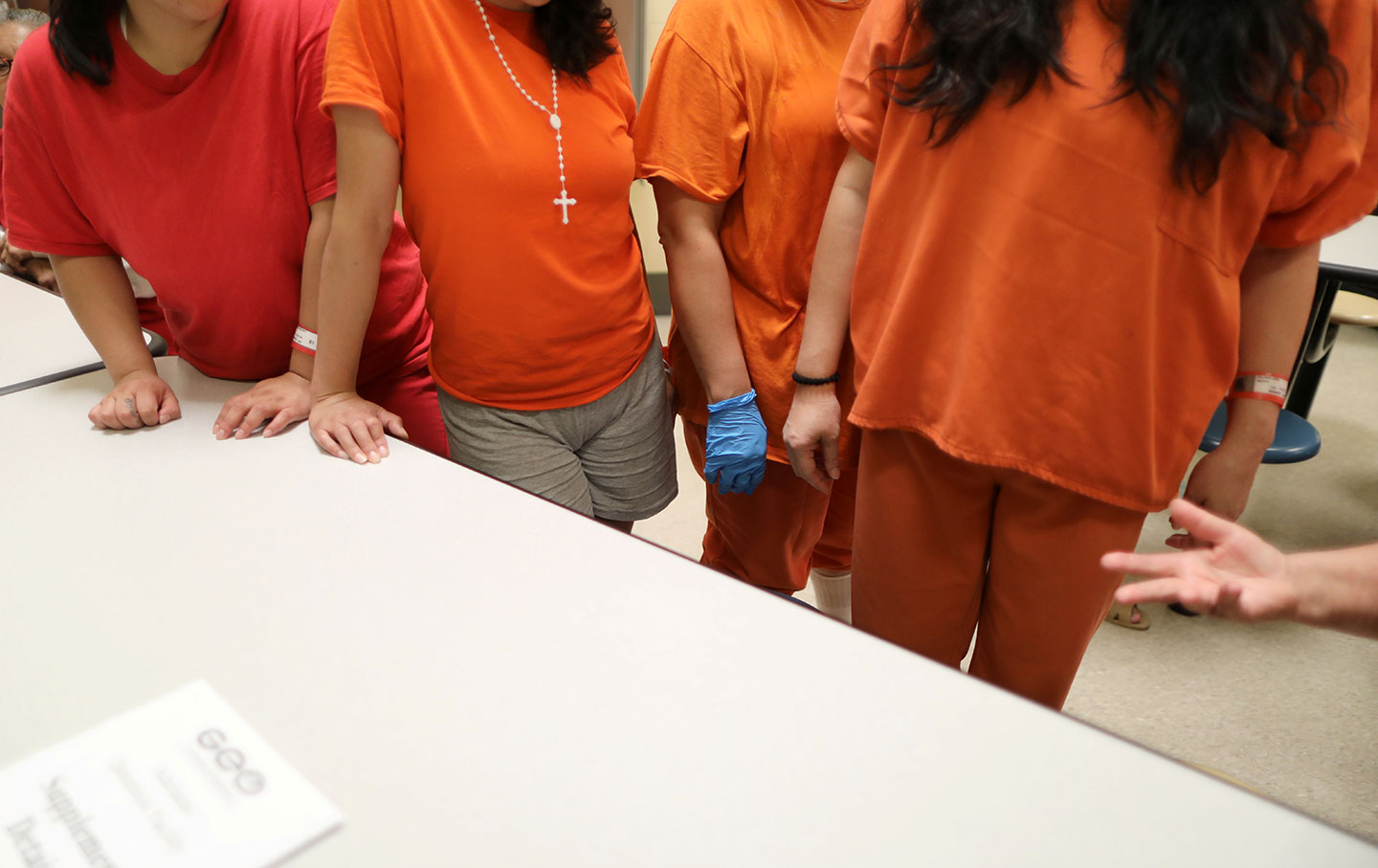 ICE Is Sending a Message to the World’s Asylum Seekers: The US Is No Place of Refuge

While Trump wins cheers at home for cracking down on “criminals” invading the border, global outcry has erupted against the administration’s approach to immigration. The UN High Commissioner for Human Rights this week urged Trump immediately to “stop criminalizing what should at most be an administrative offense,” referring to the long-standing legal precept of dealing with immigration through civil, not criminal, procedures. But, in light of Trump’s general disdain for international legal precepts or political pressure, the high commissioner concluded, “in the US migration control appears to have been prioritised over the effective care and protection of migrant children.”

Activists observing the border chaos say the White House doesn’t just want to “control” the migrants, it seeks to brutalize them. After a field visit in McAllen, Texas, Anne Chandler, with the advocacy group Tahirih, reported, “I saw dozens upon dozens of heartbroken parents who didn’t know the whereabouts of their children. One father was shaking as he explained that he didn’t know if his child had been fed or is being mistreated. Another parent asked if his son would have to wear shackles to court.”

In a newly filed petition from human-rights groups to the Inter-American Commission on Human Rights (IACHR), a Guatemalan father had his 11-year-old son ripped away at the border in May, and was left so traumatized he could barely eat: “Leonel said through tears that if he’s deported and his son stays behind, ‘[he] will die of sadness.’”

The trauma of displacement and alienation may have an even more vicious impact on migrant youth, especially for the many who have survived sexual assault, extortion, and gang warfare in their home countries and along the migrant trail.

Some kids might vanish altogether as they are dragged through the sclerotic bureaucracy of the Office of Refugee Resettlement. According to the IACHR petition, efforts to track the placement of several separated children have been stonewalled, with lawyers struggling to trace their whereabouts on the phone for incarcerated parents, and unable to determine to which of the country’s federal refugee shelters they had been sent; one child could not be relocated. There have been reports of some parents being deported while their children remain trapped in the United States.

Countless other children face an unknown fate; many are funneled into a painfully backlogged court docket—and likely forced to plead their asylum case without a lawyer (making it exceedingly likely for even a legitimate claim to fail). Others will bounce through the system as refugee shelters grow overcrowded with unnecessarily imprisoned children—while ignoring more humane, community-based alternative programs for housing them with their families.

The IACHR petition accuses the administration of “violation of the right to protection of the family.” Perhaps the cruelest aspect of the strategy is that the government is dealing with refugees through collective punishment, subjecting whole families to misery just to make America as unbearable as possible, with the aim of making them return home “voluntarily” rather than exercise their fundamental human right to seek asylum.

So far, according to Center for Migration Studies, Trump’s crackdown has been partially enabled by a massive security apparatus developed largely under Bush and Obama since 9/11. Trump has planned to drastically expand this regime, largely through lucrative private security corporations and bigger budgets for the militarization of border patrols. Authorities plan to house more than 11,000 isolated migrant children in various settings, including regular federal immigration shelters and military bases.

Even under Obama, the detention system roiled with scandals, prompting hundreds of reports and lawsuits alleging sexual, psychological and physical abuse, inhumane conditions for adults and children, denial of access to health care, torture through solitary confinement—in some cases, even forced labor—with the chaos periodically punctuated by revolts and hunger strikes led by detainees.

An investigation by Human Rights First and MALDEF toward the end of the Obama administration found that the Karnes family-detention center had reportedly hidden multiple incidents of abuse, trauma, and sexual exploitation, including “kissing, fondling and/or groping female detainees in front of other detainees, including children.” The ACLU recently documented hundreds of incidents in recent years of detained children suffering physical or sexual violence, or being denied medical care and food. Now mothers and kids will be left even more isolated, incarcerated separately; activists say some family members might even be deported while others remain trapped in the United States—turning refugee kids into immigration orphans.

The policy is both inhumane and ineffective: Advocates argue that there is virtually no evidence that such punitive measures actually discourage migration. “I’ve had children say to me, ‘Well, either I try to live, I try to make it, or I die for sure,’” Brané recalls.

Deterrence tactics might frighten refugees, but no parent could be deterred from fighting for their families’ lives. If the intention is to send a message about the devastation that awaits migrants seeking to cross the border, the real message the world will hear today is that the country that was once seen as a land of refuge is now hostile terrain for humanity.