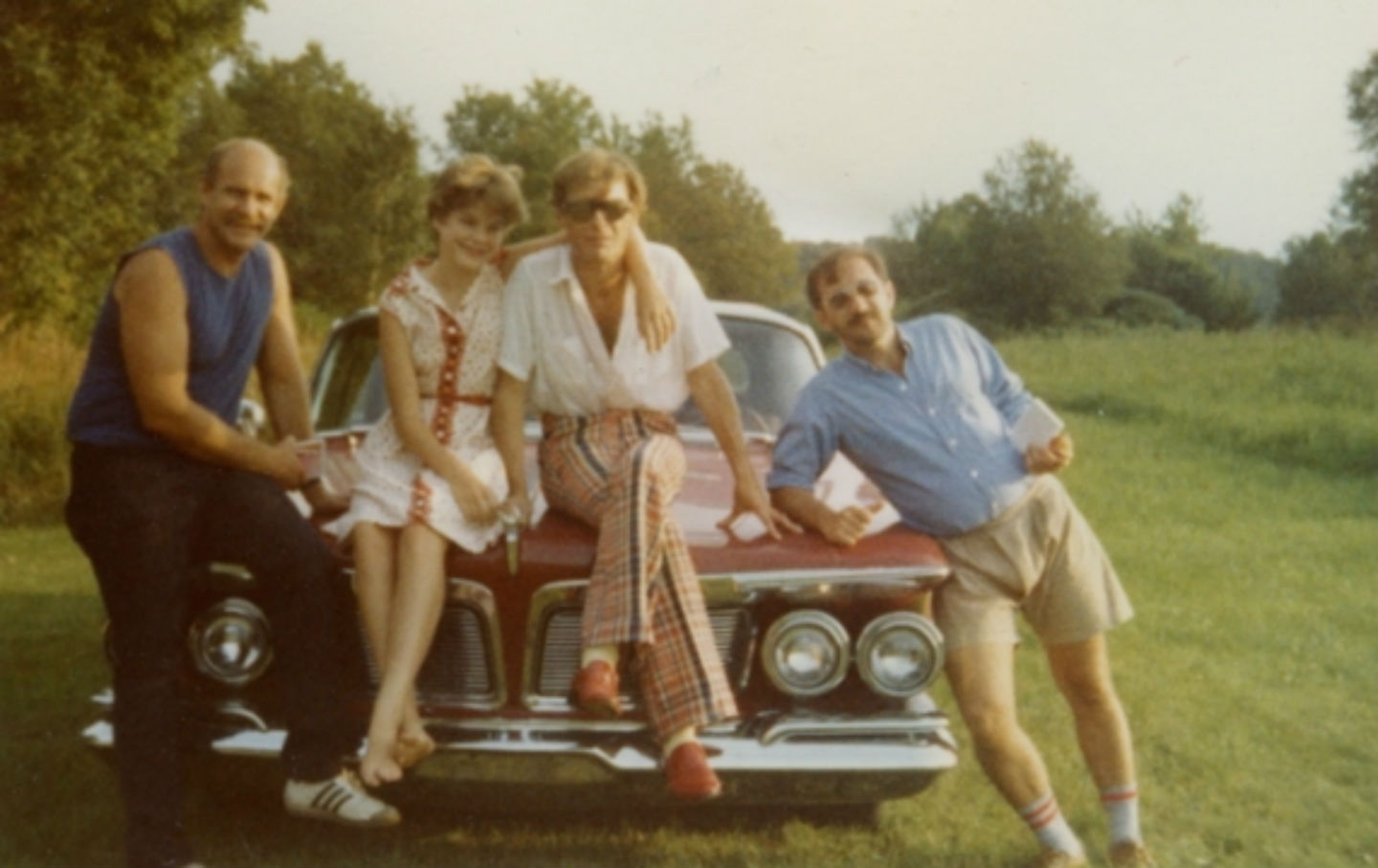 The legacy of Andrew Kopkind, the celebrated political journalist and associate editor of The Nation, continues in these pages to this day. Margaronis was his first intern and wrote this letter to mark the twentieth anniversary of his death.

It’s a strange habit, writing letters to the dead. But I sat down just now to write something else, and I opened a notebook I was keeping in the depths of the Greek crisis (gloom followed by doom, you would say), and on the first page I found these rather earnest questions:

“November 3rd: Leafing through The Thirty Years’ Wars, and thinking about political exhaustion and disillusion, and how Andy lived it and recovered from it, and what was lost in the recovery—a kind of engagement? Or just the belief that one could change things rapidly and completely? Energy and hope or an illusion of grandeur?”

So you come back, after twenty years, over and over again. You come back like the Cheshire Cat: a quizzical smile—I know that you know that I know. Your brown bald head bent over the pepper plants: part of the nightshade family. Broad fingers with garden soil worn into the nail beds. Trousers a little too tight from evening out the pie. The p-p-p-p of politics, brain faster than your tongue. Arms round the loaded laundry basket. And then the clatter of the keys, sentences cornering tightly, glued to the edge of thought. Sometimes it’s slicker than that: don’t get it right, get it written, go for the gag, you said. But even then it feels true, in the sense of being true to something, to what mattered then.

You emerge an hour later and head for the stove to check the sweet-and-sour cabbage soup. You want the sharpness of vinegar, the velvety undertones of almost-melted meat.

So, Andy, here we are: I in rainy London, you, ashes under an oak at the top of Kopkind Road, but both of us somehow also in Annie and Victor Navasky’s apartment with a roomful of people who loved you and who love you still. Relativity, you see, and memory, and the persistence of print. So much has happened in twenty years, children and 9/11 and Obama and Occupy and the deaths of friends and gay marriage and Iraq and the Arab Spring and climate change and smartphones and on and on and on…

But if you were really here—a little thinner maybe, eyes still sharply blue, picking at the good pickings still left on the table—the thing I’d want to ask you about (always a little earnestly) is that moment of exhaustion that came for you when the end of the ’60s turned too dark: about fraying and regrouping, about radical hope. The moments and the movements come and go, power shifts a little, rearranges itself to contain them. We burn out, pick up, go on a different way—or not. How do we do that? How do we hold on to the energy and the edge?

And you would shrug and ladle out another bowl of soup, and after a few spoonfuls you’d begin with a little stammer to tell another story, and the story would somehow shift the question, move it on without actually answering it. And I’m the King of the Cats. Because that’s the gift, the secret really: changing the way we see it, moving the story on.

But it isn’t only that. Dipping into The Thirty Years’ Wars, hearing your speaking voice in the prologue, your writing voice in the pieces, all those pieces (“It’s what I do,” you said, when you were ill and I asked you how you managed to keep on turning them out), there’s a quintessential Andyness that doesn’t really change from 1965 to 1994, that a lot of us carry with us as a kind of touchstone. It’s there in the verbal tics and echoes, which are more than tics and echoes, more than markers of your style—they’re part of the way language dissects and connects the world for you, microcosm and macrocosm, the personal and the political, like fractals. “Six months is not a very long time in which to build a Good Society, much less a Great one,” you wrote in 1965 in your deadpan dissing of Lyndon Johnson. “B.W. was not, scientifically speaking, a great whale, but she was a very good one,” you opined in 1986, when some species-ist Bernie Goetz pumped four bullets from a .22 into a young beluga in New Haven Harbor, who had, as you put it, dropped out of her school. Only connect.

But it isn’t just that, either. It’s something about knowing how to be both inside and outside, how to be committed without drinking the Kool-Aid, how to take in and think with people’s stories and fears and dreams. You showed us how to pay attention in that way, to risk ourselves in the listening and the telling. Schmoozing in your office of a Monday morning between bites of Vidalia onion and tales from the Guilford woods, I learned that a movement or a moment doesn’t have to be either hopeful or doomed, a beginning or an end; it can be—it usually is—both, because it changes the people in it. “Whatever the original point of the march,” you wrote in 1965, “the most immediate significance is for the marchers themselves. The young Dallas County Negroes who walk singing freedom songs confirm their commitment to the movement as their fathers and older brothers never did. The thousands of whites who have come to Selma from the North will never, of course, be the same.”

It took you ten years to write about the moment when you knew that you would never be the same, after the Weather Underground, after the townhouse explosion, the moment when you threw away your suits and ties and bought a leather jacket and a motorbike, turned on, tuned in, came out. You rode to Vermont and made a world, with friends, with neighbors, with John, later with some of us. The garden is smaller now. Storms have felled trees and friends. But your world is still there, amazing in its resilience. The kids have grown up in it, take it entirely for granted, though only one of mine was born in time to meet you. (He isn’t spoiled, you used to say. He’s getting spoiled!) And John and JoAnn have made the Kopkind Colony (no, don’t roll your eyes), so it’s still a place for young people to hang out and talk and relax and be inspired, and do all the things young (and old) people like to do.

So, Andy, here’s to you, wherever you are, whoever you’re hanging out with—Rita Hayworth, Salvador Allende, so many friends and comrades; Peaches too, who’ll be enjoying her catnip and her cat torture with you. We hope you’re having a wonderful time, though we wish, we wish, we wish you were still here with us.