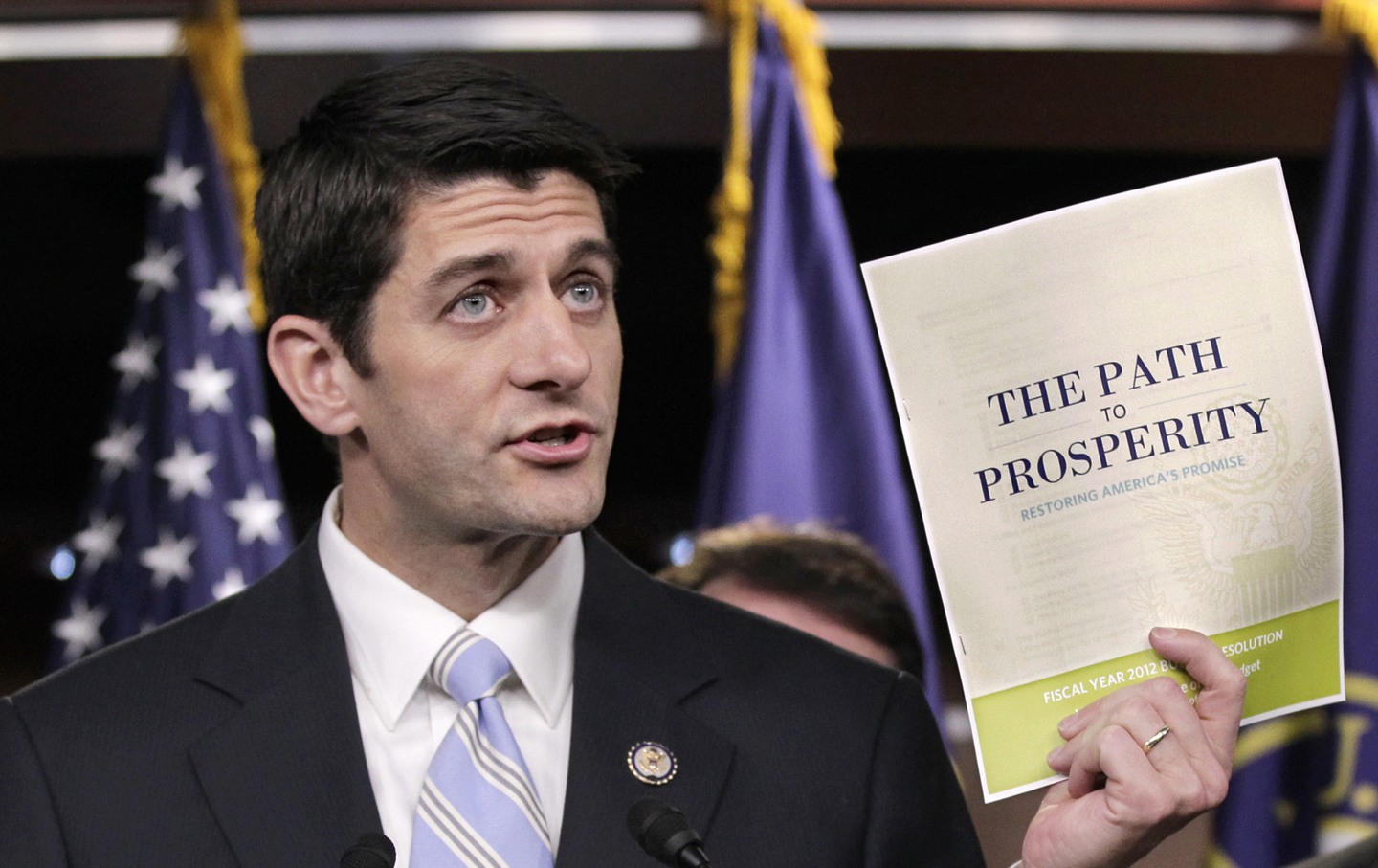 Paul Ryan began his tenure as the 54th speaker of the House with a well-received speech that placed a great deal of emphasis on the role of the chamber as a representative body. “We are the body closest to the people,” the congressman told his colleagues after being elected to replace outgoing House Speaker John Boehner on Thursday. “Every two years, we face the voters—and sometimes face the music. But we do not echo the people. We represent them. We are supposed to study up and do the homework that they cannot do. So when we do not follow regular order—when we rush to pass bills a lot of us do not understand—we are not doing our job. Only a fully functioning House can truly represent the people.”

Few will argue with that statement, or with the Wisconsin Republican’s suggestion to the members of the House that “if there were ever a time for us to step up, this would be that time. America does not feel strong anymore because the working people of America do not feel strong anymore. I’m talking about the people who mind the store and grow the food and walk the beat and pay the taxes and raise the family. They do not sit in this House. They do not have fancy titles. But they are the people who make this country work, and this House should work for them.”

Excellent rhetoric. But who does Paul Ryan really represent?

When Congresswoman Cathy McMorris Rodgers, R-Washington, nominated Ryan for the speakership, she described him as “the representative for the state of Wisconsin, the man from Janesville, the honorable Paul D. Ryan.”

Officially, that is true.

He does represent Janesville, a blue-collar town hard hit by the deindustrialization that has extended from the trade policies Ryan backs. But if it was left to Janesville, he would not be in Congress. In 2012, when Ryan was busy running for vice president on Mitt Romney’s Republican ticket, the congressman was on the ballot twice—for the vice presidency and for his House seat.

Janesville rejected him in both races. His neighbors voted against him, his hometown voted against him and surrounding Rock County voted against him. The Romney-Ryan ticket lost Wisconsin by more than 200,000 votes and Ryan won reelection to the House by the narrowest margin of his career. He survived what might have been a double defeat thanks both to a massive money advantage over his Democratic challenger and to the meticulous gerrymandering of his district by Republican legislators who added conservative suburbs from around Milwaukee to offset the votes of the factory towns that had historically defined the district.

In 2014, a Republican wave year in Wisconsin, Ryan again trailed in his hometown.

Why is Janesville so disillusioned with Ryan?

Ryan has deep roots in the city and his family is well regarded there.

When he first went to Congress in 1999, Ryan benefited from a good deal of hometown pride and support.

The congressman was still identified as Paul Ryan, R-Janesville.

But it became increasingly evident that he was Paul Ryan, R-Wall Street.

Again and again, when it came time to choose, Ryan picked the side of the securities and investment interests that fund his campaigns over the best interests of his hometown.

In 2008, Ryan rounded up Republican votes for the Wall Street bailout, which responsible conservatives recognized as crony capitalism at its worst. Ryan begged Republicans to back the bailout, warning that the United States might be “standing at the edge of this abyss” if Congress did not immediately steer tax dollars to the bankers who were crashing the economy.

The Wisconsin Republican has appeared at Tea Party rallies and attempted to position himself as a champion of the movement’s opposition to DC deal-making. But when Congress gets to work on the big issues, Ryan backs the bailouts and policy shifts that steer tax dollars to big banks and the speculators. He also backs the trade deals that Wall Street wants but that have been devastating for Janesville.

The new speaker’s hometown used to be a major manufacturing center. Now it has fallen on hard times. Like so many manufacturing communities in the Great Lakes region, it has been rocked by the outsourcing of US jobs. That’s not Ryan’s concern, however. Since his election to the House in 1998, Ryan has voted for free-trade pacts—including the extension of most-favored-nation trading status to China—that have been absolutely devastating to Janesville and other communities in his southeastern Wisconsin district.

In 2008—during the presidency of George W. Bush—General Motors announced that the sprawling plant that had been Janesville’s top employer for nine decades was closing. Thousands of jobs were lost.

Unemployment soared. It’s edged down some. But a lot of working families in Janesville and surrounding Rock County are still struggling.

How did Ryan respond to Janesville’s hard times? He proposed schemes to shred the social safety net by gambling Social Security funds in the stock market and by undermining Medicare and Medicaid.

As Janesville has taken hard hits, Ryan has risen in stature. He has run for vice president and now, as House speaker, he is second in the line of succession for the presidency.

He is a very powerful man. But, despite his speechifying about representation, Ryan isn’t representing Janesville.

He is currently one of the leading congressional supporters of the Trans-Pacific Partnership trade deal, a scheme that Wisconsin union leaders say will inflict another blow on towns such as Janesville.

Wall Street is thrilled in general with Ryan.

There’s good reason for that: Wall Street now has a favorite son as the speaker of the House.

Janesville, on the other hand, has a few too many shuttered factories. And it faces the prospect that another flawed trade agreement, in combination with the general neglect of American manufacturing by a Congress that errs invariably on the side of the race-to-the-bottom policies favored by multinational corporations, could cause even more of them to close.