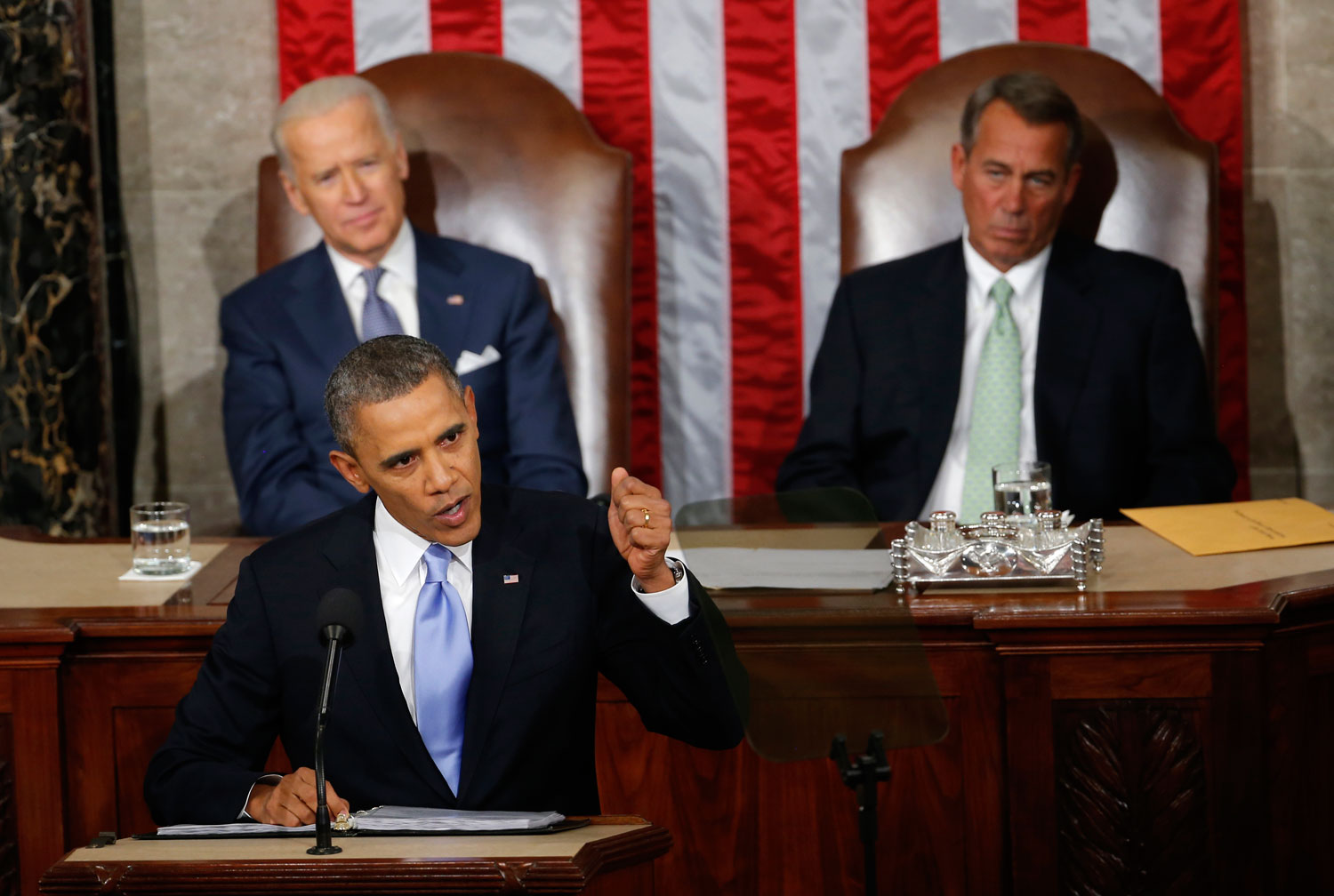 President Obama was re-elected in 2012 by a wider- than-expected margin because the American people wanted him to do more, not less, in a second term. Unfortunately, 2013 was a year of more frustration than accomplishment. So it should come as no surprise that Obama used his State of the Union address to declare that 2014 would be a “year of action.” Some of the action the president proposed will simply attempt to do what should have already been done: extending long-term unemployment benefits, enacting comprehensive immigration reform, making healthcare reform work instead of voting repeatedly to overturn settled law. But Obama did identify new measures addressing the dire circumstance of a moment when “after four years of economic growth, corporate profits and stock prices have rarely been higher, and those at the top have never done better. But average wages have barely budged. Inequality has deepened. Upward mobility has stalled. The cold, hard fact is that even in the midst of recovery, too many Americans are working more than ever just to get by—let alone get ahead. And too many still aren’t working at all.”

The president outlined solid proposals “to create jobs rebuilding our roads, upgrading our ports, unclogging our commutes” and made the essential case that “first-class jobs gravitate to first-class infrastructure.” He proposed the development of six new hubs for high-tech manufacturing, with federal investment to link “businesses to research universities that can help America lead the world in advanced technologies.”

But he also went to the heart of the matter with a proposal to raise the minimum wage to $10.10 an hour. That’s a great a leap forward; not enough of a leap, in a country where the agitation is now, quite appropriately, for a $15 minimum, but a significant presidential embrace of the self-evident truth that “no one who works full time should ever have to raise a family in poverty.” And Obama went beyond that good rhetoric by announcing that he would use an executive order to raise the minimum wage for federal contractors—something this magazine called for a year ago. By using all the authority available to him, Obama is energizing progressives and giving Democrats a fighting chance in this fall’s critical midterm elections. One of the strongest parts of his speech, in fact, was the call for equal pay for women and an end to “workplace policies that belong in a Mad Men episode.”

But the president muddled his message when he renewed tired arguments for the free-trade policies of the Clinton and Bush administrations. This undermines much of the rest of his speech; such deals deepen income inequality. Obama has to unite and activate his base, and that’s harder to do when he’s proposing a trade policy that alienates labor, environmental and progressive farm groups.

The president also delivered a mixed message on the environment. On the one hand, he used robust language to call out the climate change denialists, and he reiterated the need to strengthen pollution and fuel standards and develop renewables. On the other hand, he celebrated his “all of the above” energy strategy, which encourages domestic oil and gas production.

In foreign policy, the president showed courage by vowing to veto increased sanctions on Iran and calling for diplomacy to work; in doing so, he resisted not only Republican hawks but many members of his own party.

Obama’s willingness to fight for more jobs and higher wages takes much of its energy from grassroots activism: fast-food workers, economic justice groups and climate activists across the country have moved the national discourse in a progressive direction. Only continued activism and pressure will force Washington to do the right thing.