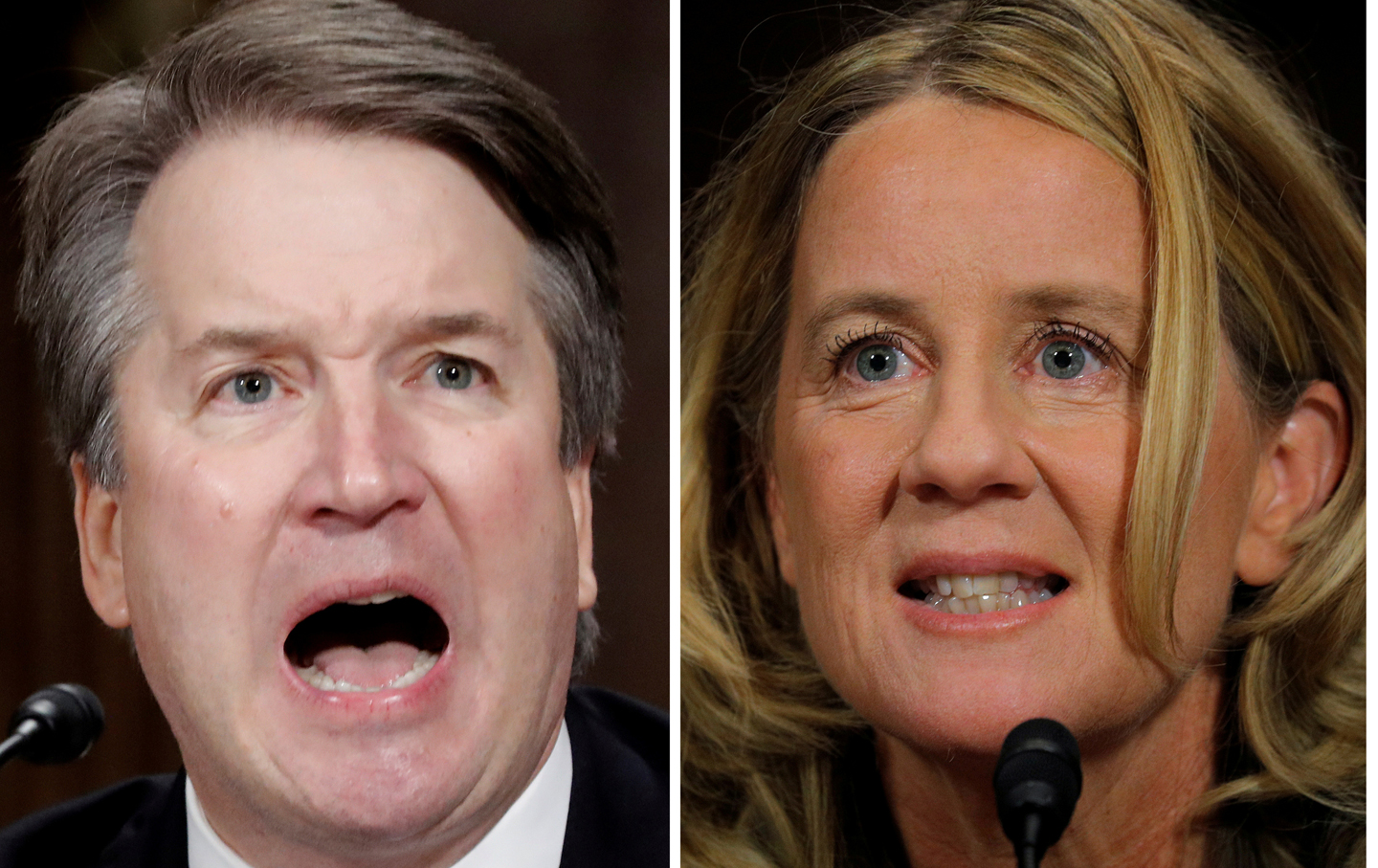 In their desperation to confirm Donald Trump’s nominee for a Court they want to turn hard to the right, Senate majority leader Mitch McConnell (R-KY) and Judiciary Committee chairman Charles Grassley (R-IA) miscalculated. They organized a make-or-break moment in which the case for confirming Kavanaugh was broken—as least in the eyes of honest observers. As the senior member of the Senate, Vermont Democrat Patrick Leahy, said during the course of Dr. Ford’s testimony, “All the evidence and testimony that’s coming out is harmful to Kavanaugh.”

Dr. Ford’s testimony was strikingly effective. She remained serious and sincere, cooperative and convincing through hours of testimony that even conservative commentators acknowledged was credible. It resonated so powerfully that the response of the American Bar Association was to urge Senate leaders to halt consideration of the Kavanaugh nomination until “after an appropriate background check into the allegations made by Professor Ford and others is completed by the Federal Bureau of Investigation.”

Kavanaugh’s response to Dr. Ford’s testimony was to issue a partisan call to arms, in hopes that he might rally Republican senators to dismiss what they had just heard and confirm his nomination. The judge’s viscerally political pronouncement was shocking in its abandonment of the basic premises of judicial impartiality.

Kavanaugh would not answer the one question that mattered: Why hasn’t he asked, why won’t he ask, that the FBI complete a background check into the allegations against him?

The anger that Kavanaugh displayed while trying to preserve his prospects may have been cheered by President Trump and fierce Republican partisans—such as South Carolina Senator Lindsey Graham. But there was nothing judicious, let alone judicial, about the judge’s performance. He attacked Democrats on the committee. He angrily ranted about “Borking”—a reference to the Senate’s rejection of the the 1987 nomination of Judge Robert Bork to serve on the high court.

Kavanaugh teared up over his own circumstance while refusing to recognize the depth of concern regarding his past. With no sense of irony, he presented himself as a lifelong advocate for women and then praised Donald Trump.

Kavanaugh’s testimony may be most remembered for its condemnation of the legislators who will decide whether he should sit on the highest court in the land. “The Constitution gives the Senate an important role in the confirmation process,” said Kavanaugh. “But you have replaced advice and consent with search and destroy.”

For all of his complaints about the process, however, the nominee would not answer the question that mattered above all others: Why hasn’t he asked, why won’t he ask, for the FBI to examine the allegations that have been raised against him?‬

Though Kavanaugh used all of his skills as a political operative to avoid addressing the issue of his refusal to call for that FBI inquiry—especially in a pointed exchange with Illinois Senator Dick Durbin—the hearing only served to highlight that this nominee’s background check is incomplete.

The career prosecutor who was brought in by Senator Grassley in order to help the all-male Republican majority on the committee avoid any more shaming of themselves and the Senate ended up strengthening the argument of Democrats on the committee that President Trump should “immediately direct an FBI investigation or withdraw this nomination.”

While Republican senators sat in embarrassing silence, Democrats such as California Senator Kamala Harris told Dr. Ford, “I believe you.” Beyond the small room in which the committee gathered, Republican senators who will eventually play critical roles in deciding whether to confirm Kavanaugh were listening to testimony that Fox News anchor Chris Wallace referred to as “extremely credible” and “a disaster for the Republicans”

Dr. Ford’s testimony was very compelling. Thursday’s hearing was a profound moment in the history of the Senate, in the history of Supreme Court nominations, and in the history of a country where, as California Senator Dianne Feinstein reminded the committee on Thursday, “sexual violence is a serious problem, and one that largely goes unseen.” “[W]hile young women are standing up and saying ‘no more,’” the senator explained , “our institutions have not progressed in how they treat women who come forward.”

An unwitting Kavanaugh put an exclamation mark on Feinstein’s point when he told the committee, “This confirmation process has become a national disgrace.”

This troubled nominee lacks the self-awareness to understand that everything that has been disgraceful about the confirmation process has benefited him.

The question now is whether the men who have shamed themselves and the Senate on Kavanaugh’s behalf will continue to do so.

Thursday’s hearing made it harder for Grassley and his committee colleagues to answer McConnell’s call to “plow right through” to a Kavanaugh confirmation. They still appeared to be determined to push ahead. But it is now clear that no senator can uphold his or her oath of office while voting for this nomination.

The Constitution of the United States sets a simple standard. Presidents “shall nominate…judges of the Supreme Court.” But under the system of checks and balances, those nominees can take a place on the high court bench only “by and with the advice and consent of the Senate.”

To provide advice and consent, senators must have adequate information regarding a nominee.

Senators do not have adequate information regarding Brett Kavanaugh.

As was repeatedly noted during the course of Thursday’s hearing, there has been no FBI examination into the most explosive allegations against this nominee. Nor has there been any inquiry into credible allegations that Kavanaugh lied, repeatedly, to the Judiciary Committee about his wrongdoing as an aide to President George W. Bush.

The committee has failed to conduct a serious examination of those lies—despite complaints from sitting senators, former senators, and aides to the committee.

If Grassley were serious about conducting an honest inquiry into the Kavanaugh nomination, he would be interested in resolving concerns regarding the nominee’s credibility. Grassley would have started the confirmation process by demanding that all of Kavanaugh’s records—as a high-level aide in the Bush administration and in other official capacities—be made available for scrutiny by senators and citizens. Grassley would, of course, have called Kavanaugh before the committee to address all of the allegations against him. Grassley would have demanded that Kavanaugh answer questions, under oath, about lying under oath. Grassley would have organized Thursday’s hearing with an eye toward maintaining steady standards of fairness for both Dr. Ford and for Kavanaugh. Grassley would have invited witnesses to the incidents described by Dr. Ford, especially Mark Judge, and others who might bring clarity to the deliberations.

None of that happened, because Chuck Grassley was never interested in conducting an honest inquiry into the Kavanaugh nomination. He has from the beginning been interested in plowing through this process in order to secure the confirmation of a partisan and ideological ally. That interest has trumped any sense of duty to the Constitution, to the system of checks and balances, or to the requirement that the Senate provide advice and consent before a nominee can sit on the Supreme Court.

Grassley’s lack of respect for the process has denied senators the information that is necessary to provide knowing advice and meaningful consent to this nomination.