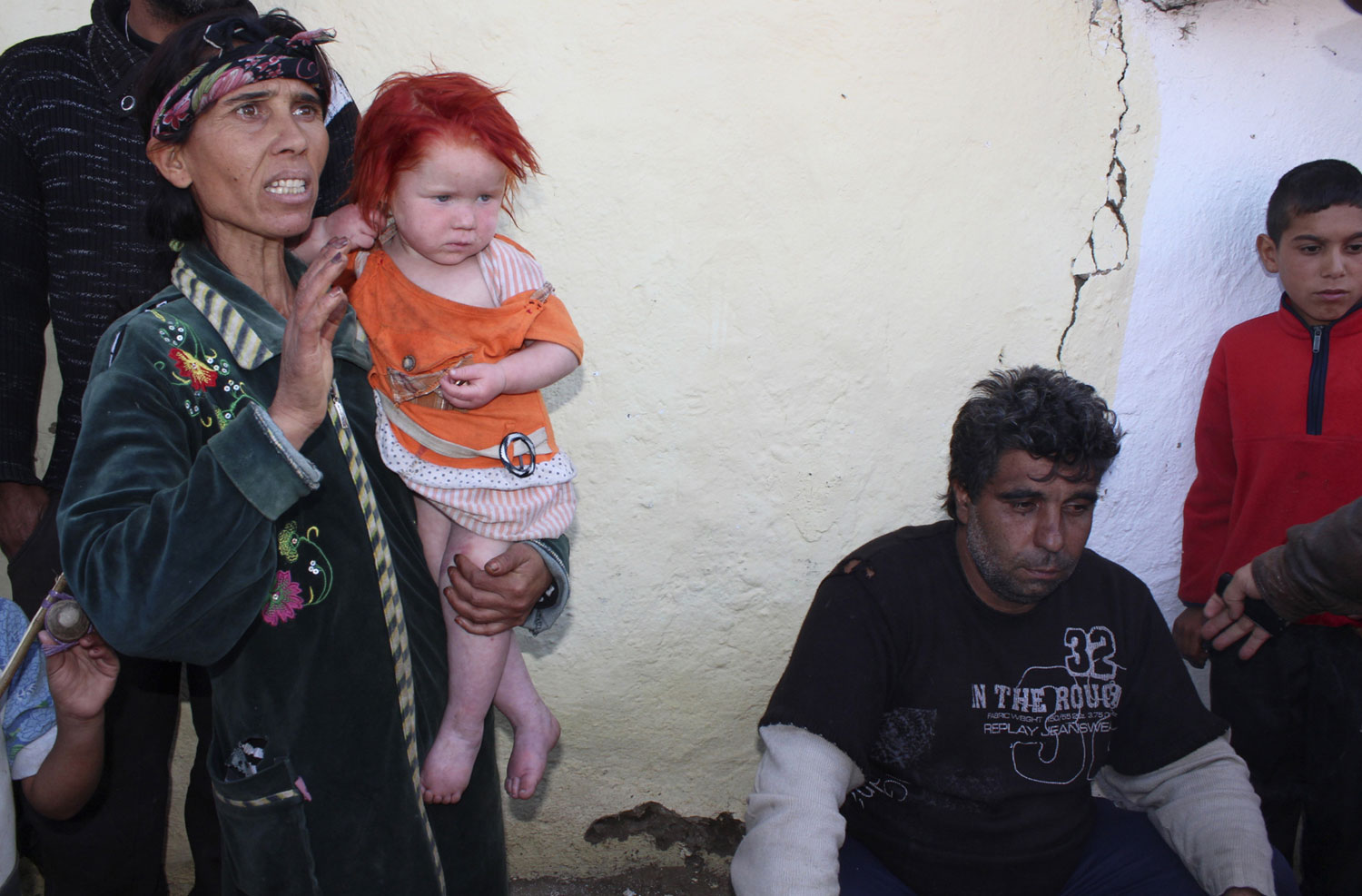 On October 21 in Dublin, an anonymous Facebook poster tipped off a news channel about a blond-haired, blue-eyed child living with a dark-skinned Roma family. The journalists alerted the police, who raided the home and took the 7-year-old girl away on a hunch—that hunch being the blood libel that Roma steal kids. The next day, seventy-five miles away in Athlone, a 2-year-old boy was removed from his Roma parents in similar circumstances. DNA tests proved both hunches wrong. Rumor and racism had taken the place of policing and journalism, resulting in immense trauma for both families.

This panic was sparked by an incident in Greece a few days earlier, when a blond-haired 4-year-old girl, Maria, was found in the care of a dark-skinned Roma couple who turned out not to be her biological parents. Maria was not the victim of a child-trafficking network, but rather had been informally adopted. Her biological mother, a Bulgarian Roma woman (also dark-skinned), left her with the Greek family as a baby because she felt unable to take care of her. So the Greek authorities took Maria from the only family she’s ever known. But she’s unlikely to go back to her biological mother: the attention created by the case drew attention to her mother’s circumstances, causing a public outcry at the conditions in which she was raising so many children. The Bulgarian authorities have since taken away seven of her children, insisting that she doesn’t have the means to care for them—which is precisely why she gave Maria away in the first place.

In none of these cases was there any suggestion that the children were being abused. The problem was that the families were poor and their faces didn’t “fit.” But trying to identify ethnicity by phenotype is nonsense. Just a few hours among Roma is enough to understand that their skin tones range from the complexion of a Tamil to that of a Caucasian. On the same basis, most of the wealthiest infants in Manhattan would be taken away by the state because they’re white kids who spend most of their time in the care of dark-skinned nannies.

In any case, this wasn’t about child protection; it was about racism. Claiming to be acting judiciously in the interests of children who were allegedly abducted, these states acted prejudicially and abducted these children solely because their parents were Roma.

The Roma are Europe’s largest and fastest-growing ethnic minority. Today, at around 12 million (no firm figures exist), the Roma population is roughly the size of Ohio’s. Dispersed across Europe, but mostly settled in the East, they make up 10 percent of Slovaks and Bulgarians, 9 percent of Macedonians, 8 percent of Romanians, 7 percent of Hungarians, and around 3 percent of Czechs and Greeks, with smaller populations elsewhere. One of the preconditions for these countries joining the European Union ten years ago was that they clean up their inhuman treatment of the Roma. Since then, however, it’s become clear that their attitudes are shared by many of the Western European gatekeepers.

The bigotry that the Roma face is both brutal and brazen. Connected in the popular imagination with petty crime and begging, the Roma were slaughtered during the Holocaust and forcibly sterilized in the Eastern bloc and Scandinavia. The state persecution they suffer today is bolstered by popular and political bigotry. Earlier in October, police in France stopped a school bus on a field trip, took a 15-year-old Roma girl off it and deported her to Kosovo with her family, who were undocumented migrants. An October headline in The New York Times asked: Are the Roma Primitive, or Just Poor? In November 2007, the European Court condemned the Czech Republic for routinely placing Roma children in “special schools” for children with mental disabilities—a common practice across Eastern Europe until recently. In Hungary, the far-right party Jobbik, which got 17 percent of the vote in 2010, has suggested creating “public order zones” in which Roma would be placed under heavy surveillance. When challenged about a policy of forcibly evicting Roma families recently, the French Socialist Interior Minister Manuel Valls insisted that Roma lifestyles and values were incompatible with French society: “These populations have a way of life that is extremely different from ours, and they are obviously in confrontation with local populations.”

Lest anyone mistake this for a gaffe, Valls stood by his statement. “My remarks only shock those who don’t know the subject,” he said. “The majority [of Roma] should be delivered back to the borders. We are not here to welcome these people.” Three-quarters of the French public agreed with his remarks.

Those who really do know the subject understand just how wrong Valls is.

One popular misconception about the Roma is that their culture is inherently nomadic. “The majority of East European Roma—especially in Hungary, Romania, Slovakia and the former Yugoslavia—have been sedentary for centuries,” points out Zoltan Barany in The East European Gypsies: Regime Change, Marginality, and Ethnopolitics. Those who have moved to Western Europe recently have done so for the same reason as everybody else—work. Another common myth is that the Roma can’t integrate. In fact, they often adopt the language and religions of the nations in which they settle. In Hungary, 80 percent speak Hungarian; in the Czech Republic, they’re as likely as not to speak Czech. A near-majority of the Roma in Croatia are Catholic; in Bosnia, the majority are Muslim, and in Serbia, Orthodox.

The one thing rarely tried is to integrate the Roma fully into the economy and education system without demanding that they abandon all manifestations of their own culture. In the absence of such an approach, the Roma are left with astronomical levels of poverty, unemployment, poor education and poor housing. With the moral panic over child abduction having subsided now that it’s been proven that the blond children were, in fact, Roma, the states that were so anxious to protect them can go back to persecuting them.