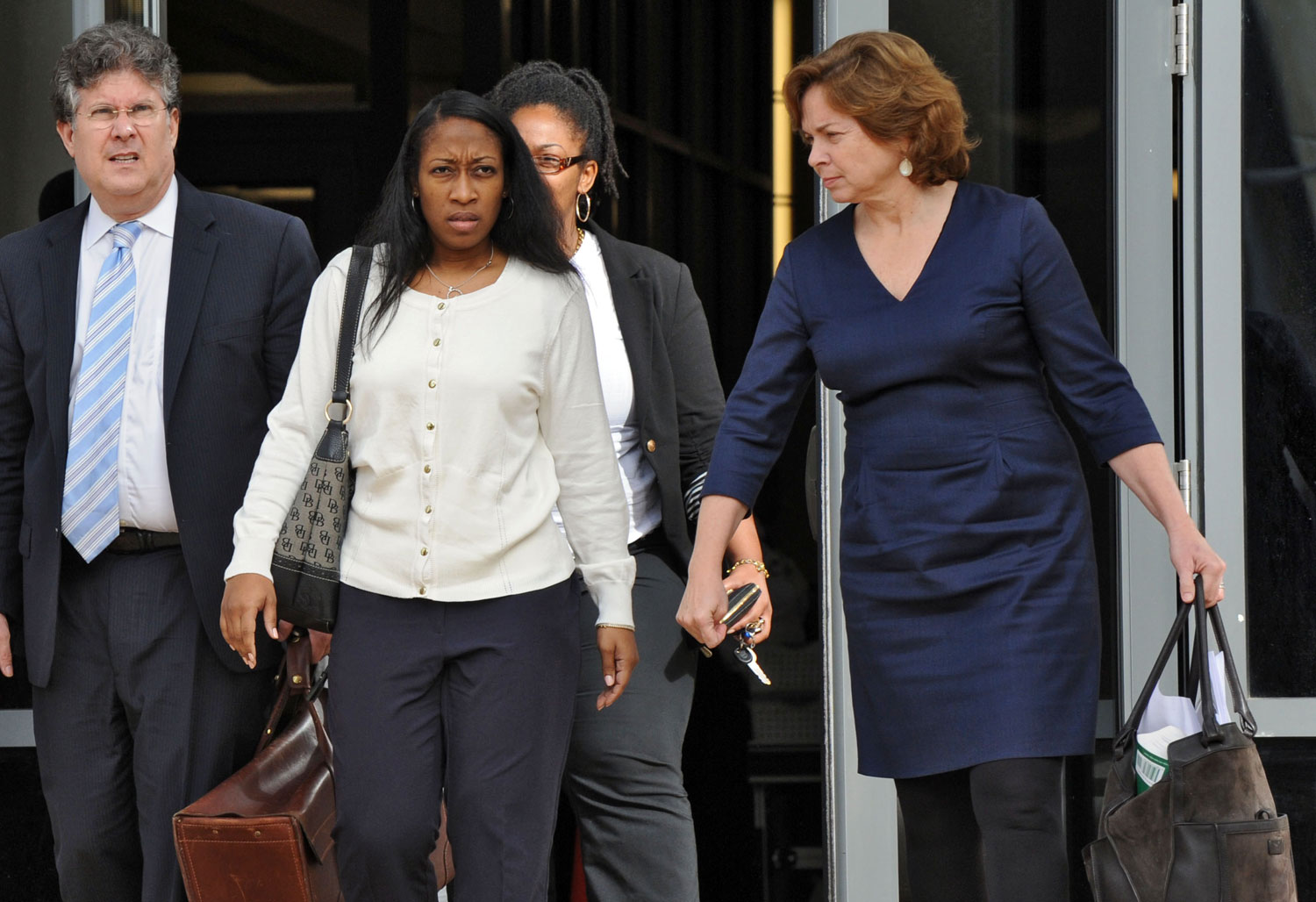 Activists launched a Mother’s Day “Week of Action” campaign on Friday to support Marissa Alexander, the Florida woman facing sixty years in prison for firing warning shots to ward off her abusive husband.

Alexander was initially convicted of aggravated assault with a deadly weapon, despite the fact that her husband had attacked her and nobody was injured, and sentenced to twenty years in prison. A circuit judge overturned that conviction on appeal, and now Florida State Attorney Angela Corey is seeking a sixty-year prison sentence for Alexander. A hearing has been set for May 16 to determine whether Alexander qualifies for another “stand your ground” hearing. Jury selection for her retrial is scheduled to begin on July 21.

Members of Free Marissa Now, an advocacy group, demonstrated outside of Corey’s office Friday, inviting people to send cards to Alexander. They also launched a social media campaign to raise funds for her legal defense.

The group also hopes to shed light on the impact of mass incarceration on women. The female prison population grew 832 percent from 1977 to 2007, about double the growth rate of male prisons. Seventy percent of incarcerated women are mothers, the majority of whom served as primary caretakers before they were separated from their children. Alexander, a mother of two teenage twins and a 3-year-old daughter, will spend the holiday under house arrest.

We spoke with Alisa Bierria, an activist with the Free Marissa Now campaign and PhD candidate at Stanford University, about Alexander’s case and the “Week of Action.” (This interview has been edited and condensed for clarity.)

Can you tell me a little about this Mother’s Day campaign?

Marissa Alexander is a proud mother of three, including teenage twins and a 3-year-old daughter. She had given premature birth to her youngest child nine days before she was forced to defend her life after being attacked by her abusive estranged husband. When she was incarcerated for almost three years for defending herself, she was forced away from her children, including a baby who was still breastfeeding. Her reality as a mother is central to her experience of violence from both her husband and the state. We launched the Mother’s Day Week of Action as a way to build support for Marissa and to highlight the ways in which issues of mothering and reproductive justice really shapes her case and experiences of both domestic violence and incarceration. Those issues are intertwined for so many mothers in the United States, so we wanted to help people make the connections.

What is the plan for the campaign?

We’re starting today. Jacksonville-based organizers will be tabling today in front of State Prosecutor’s Angela Corey’s office. Tabling in front of Ms. Corey’s office is an expression of resistance to her continued prosecution and unjust targeting of this mother. Organizers will have information to hand out and Mother’s Day cards to mail to Marissa, so people can send her their support, hopefully reducing the isolation she’s experiencing while under house arrest. We’ll also encourage people to donate to the Marissa Alexander Legal Defense Fund for her trial, still scheduled for July 28. She’s facing $250,000 in legal fees, and that’s with a pro bono legal team.

Nationally and internationally, we’re inviting people to send Mother’s Day cards to Marissa and other mothers facing prison, violence, or who just need extra support. We invite people to spread the word about Marissa’s case, and share resources about the relationship between mothering and pregnancy, mass incarceration and domestic violence with their communities. We want people to know that this isn’t only impacting Marissa, but its impacting thousands and thousands of other women and parents.

You mentioned that the campaign intends to tie Marissa’s experience to the issue of women, mass incarceration and reproductive justice more broadly. Could you expand on that connection?

First, the majority of women in prison, about 70 percent, are mothers. 1.3 million children have mothers who are in jail, in prison or on probation. When women are incarcerated, it’s particularly devastating to children and families because they tend to be the primary caretakers. When we think about mass incarceration and who is being put in prison and why, we really have to understand that people behind bars are not just individuals that exist without any community or family or people depending on them…. Prisons create a devastating ripple effect across families and communities. On Mother’s Day, we want to celebrate all mothers, including those who are being disappeared into prisons. The US leads the world in the numbers of people caged and, for decades, black women were one of the fastest-growing groups of incarcerated people. Black mothers, in particular, are experiencing the brunt of mass incarceration policies.

Additionally, prison itself enacts reproductive violence. Last year, we learned that people in California women’s prisons were being coerced into being sterilized. In thirty-three states, it’s shockingly legal to shackle incarcerated women while they are in labor. Prisons have a profoundly violent impact on the experience of mothering and giving birth, and reproductive health in general. For Marissa, as a result of being incarcerated and targeted by state prosecutors, her abusive estranged husband currently has custody over her youngest child. To really support mothers, we must urgently address the ways that the prison crisis and domestic violence shape their lives.

Click here for more information on Marissa Alexander and this Mother’s Day campaign.