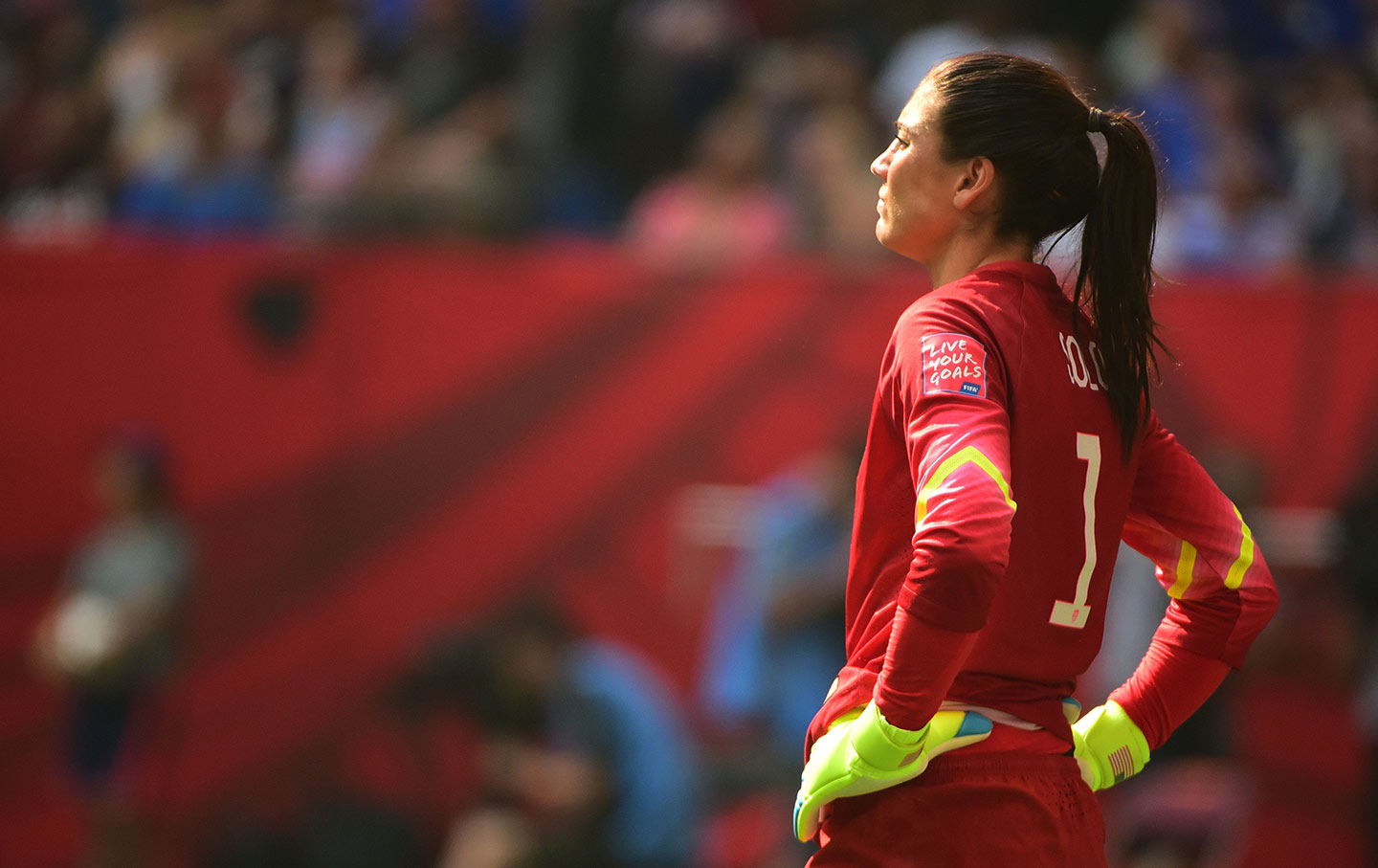 My favorite sports-radio program is The Dan Le Batard Show on ESPN. Hilarious and self-deprecating, it uses humor as a spoonful of sugar to help the medicine of serious commentary go down. It’s like a postmodern sports-radio show with the kind of commentary a lot of sports fans are trying not to hear.

Last week on the program, the conversation was about the #MeToo campaign, created to raise awareness of sexual violence experienced by—but not limited to—women, through personal testimony. The campaign is a creation of Tarana Burke, and it has been a viral success, with tens of millions of shares on Facebook and millions of Twitter responses, and has contributed to a growing consciousness of the issues that women face. Those on the show spoke about how recent revelations have turned Hollywood upside-down, and the host of the show, Dan Le Batard, asked his co-hosts the question (forgive me, but I am paraphrasing): Do you think this #MeToo campaign will also roil the sports world?

It’s an understandable question, but it is also more than a couple of weeks past when it should have been asked. The thing is, the #MeToo campaign has already roiled the world of sports. It may not have touched predators with the profile of Harvey Weinstein or Kevin Spacey, and its survivors might not have the Q rating of Gwyneth Paltrow or Angelina Jolie, but it’s being felt all the same. From the brave first-person piece by basketball star Breanna Stewart at The Players Tribune to the words of Olympic gymnast McKayla Maroney, we should not turn a deaf ear to what’s being revealed in the sports world just because it puts the focus on women athletes, who always seem to have to take a back seat when it comes to media coverage.

The story that has opened the most eyes was when Maroney took to social media to voice allegations against former doctor and trainer Larry Nassar, who at the time of this writing is facing 22 counts of first-degree criminal sexual assault. Then 1992 gold-medalist gymnast Tatiana Gutsu also came forward with her own accusations against a former teammate, Vitaly Sherbo. While their accounts are searing, none of this should be shocking. Stories of sexual abuse and mistreatment in the world of women’s gymnastics have been widely known at least since the 1995 book by Joan Ryan, Little Girls in Pretty Boxes. Yet the perception after that chilling exposé was that this world had cleaned itself up. This has been shattered by what’s been revealed about Larry Nassar.

Then there’s Layshia Clarendon, guard for the Atlanta Dream of the WNBA, who penned an essay detailing her experiences as a victim of sexual assault. World Cup champions Abby Wambach and Hope Solo have also told their own anecdotes.

But it’s not just about the famous. All you have to do is perform a Twitter search of #MeToo and “sports” or “coach,” and the testimonials pour forth.

Needless to say, the #MeToo campaign has ignited the sports world, bringing critical attention to sexual violence and its often-ignored victims.

But while this consciousness is a precondition for change, policy is needed to effect it. According to Nancy Hogshead-Makar, legendary Olympic gold-medal swimmer and CEO of Champion Women, as well as a rape survivor, many issues relating to athletes and sexual violence are a result of power imbalances between athletes and coaching staffs, as well as a lack of legal oversight. It’s the fundamental power disparity governing the relationship between aspiring athletes and elite coaches that creates the precondition for sexual harassment, exploitation, and violence. Young athletes—many of whom are there because of the economic sacrifices of their families—are often placed in a position where choices must be weighed between skills development, playing time, scholarship access, and the decision to come forward.

There’s also the issue of legal structure. There are very few protections within the US Olympic Committee and its National Governing Bodies, which oversee the 8 million athletes who compete at the Olympic and Club Level. As Hogshead-Makar points out, Title IX’s student protections do not cover these athletes, because they do not play for a school; and Title VII does not apply, because these aren’t employees. It’s a sexual-harassment loophole. This donut-hole in coverage leaves millions of young athletes exposed, and until it is fixed young people will continue to be left vulnerable to the whims of exploitative coaches and administrators.

As Breanna Stewart said to the nation last week, courage is truly contagious. We should expect to hear more stories and we should expect to feel more outrage in the weeks and months ahead. But if we’re not dealing with this on the question of policy, we are doomed to more of the same. If there’s one thing that the milieu of gymnastics alone teaches us, revelations are never enough.

This piece could not have been written without the assistance of David Tigabu.