Aesthetic experience often greases the wheels of the auto-fiction novel. Premised on the slippage between author and fictive narrator, the enticing blurriness of auto-fiction is in part a consequence of its diaristic tendencies. Of the handful of good-to-great novels that would fit comfortably beneath this rubric—Teju Cole’s Open City, say, or Ben Lerner’s Leaving the Atocha Station—the author-narrator’s encounters with art serve to widen the aperture through which we peer at an ostensibly whole person. Like glimpsing the shelves of a friend or lover, these digressions on books and paintings accommodate a peculiar intimacy. They serve to suspend our disbelief that, even in the midst of novelistic artifice, we remain adjacent to a kind of emotional reality. Successful auto-fiction, then, often makes use of art to conceal its own inner workings.1

Optic Nerve, the English-language debut of Argentinian novelist and art critic María Gainza, is rife with these kinds of aesthetic encounters. Here, art is a trellis around which life knots and overlaps, severs, climbs upward. Like Faye, the novelist at the center of Rachel Cusk’s celebrated Outline trilogy, the narrator of Optic Nerve is appealingly reticent. We are supplied with the contour of a character and little else. Like the author, her name is María. She is a museum guide and art critic in Buenos Aires, a mother, and a sister. It is only when her experiences are refracted through the prism of art—Courbet’s seascapes, El Greco’s elongated figures, the unfinished murals of Rothko—that the silhouette gains density and detail. The allusive, fragmentary chapters braid episodes of María’s past and present with art history, criticism, and John Berger–like forays into the ontology of seeing. María’s personal entanglements, while brisk and engaging, are largely a misdirection. Optic Nerve is instead a kind of sophisticated ghost story, in which a brilliantly associative mind is haunted by the psychic residues of art.2

The novel—elegantly translated by Thomas Bunstead—opens with María on her way to guide a group of foreign tourists through a private art collection. Small disasters ensue: She is drenched in a sudden downpour, and later loses credibility when faced with a painting she doesn’t recognize. (“Alfred de Dreux,” the preening hostess tells her.) While María makes a graceful save, she remains unmoved by the painting, seeing in it “the work of someone technically gifted, but nothing more.” When María is brought face-to-face with another Dreux five years later, this time a hunting scene in which a pack of dogs encircles a deer, she tells us she is overwhelmed by what A.S. Byatt called “the kick galvanic”—that first, electric encounter with the mysterious forces that govern artistic attraction—and must go outside to catch her breath.3

“It reminded me,” María writes, “that all of art rests in the gap between that which is aesthetically pleasing and that which truly captivates you.” After a brief biographical sketch of Dreux—his upbringing in Siena, his commissions from the exiled King Louis-Philippe, his death in Paris of a liver abscess—the chapter ends with an improbable and tragic anecdote about a friend of María’s, who was accidentally shot by hunters while out for a walk in the countryside. There is an almost audible click as the circle closes. Dreux’s painting and María’s friend’s death coalesce, connected as if by invisible wire. A representation of the hunt becomes horribly actualized in María’s memory. “You write one thing,” she admits, “in order to talk about something else.”4

Agustín Fernández Mallo’s Novel About Everything

If María is revealed anywhere, it is in these asides, in which she navigates the ambiguous divide between her art and her life. The two are a sort of double act, each a complement to the other’s reality, co-conspirators of her selfhood. “Whenever I’m in survival mode…I find myself drawn irresistibly to museums,” she writes early on, and though she frequents the cultural loci of Buenos Aires, she retreats just as often to the private, phantom galleries of a life lived among paintings. The intensity of each encounter replenishes something devoured by mere living, a resource sometimes spiritual and sometimes erotic.5

María—a very good critic—is a pleasure in this mode, furnishing offhand descriptions both shrewd and unexpected. Take this experience with one of Rothko’s smoldering blocks of color: “Standing before a Rothko, you might reach for something meaningful to say, only to end up talking nonsense. All you really want to say is ‘fuck me.’” Or Rousseau’s phosphorescent jungles: “The fascination with the exotic…was intrinsic in the spread of empire.” Or Toulouse-Lautrec’s absinthe-tinged women: “He befriended these…profane fin de siècle Madonnas, and his posters ensured their immortality.”6

María’s wry self-awareness softens what could otherwise be ponderous, and her obvious erudition is tempered by a charming spontaneity: “I know, I know, this is about as far from hard-nosed criticism as you can get,” she writes upon finding her doppelgänger in an Andrea Schiavoni painting, “but isn’t all artwork—or decent art—a mirror? Might a great painting not even reformulate the question what is it about to what am I about? Isn’t theory also in some sense always autobiography?”7 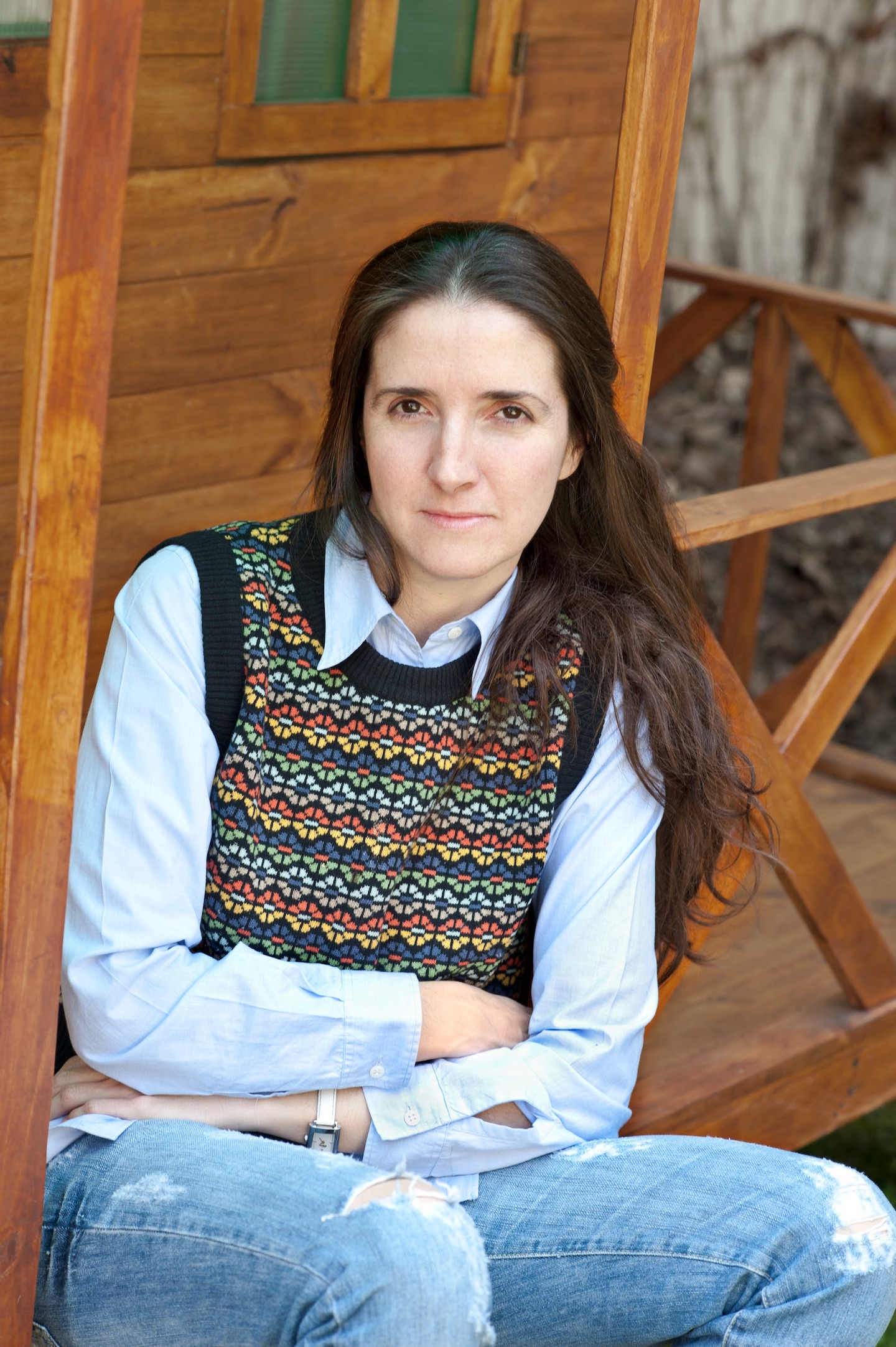 Various personal crises orbit these aesthetic migrations. There are grudges and illnesses, fallings out, bouts of confused nostalgia. An episode with an estranged, ambitious friend is hemmed in by fragments of the Japanese-French artist Tsuguharu Foujita’s rise and fall in post-WWI Paris. A summer with a boyfriend at Mar de Plata suggests the rayless heave of Courbet’s The Stormy Sea (“Every time I look at it, something inside me becomes compressed, a sensation between my chest and my throat, like a small bite being taken out of me”). A painful reunion with a brother in recovery invites a disquisition on El Greco. Ekphrasis and memory are seamlessly interlaced. Touching one strand causes the entire web to tremble.8

This approach, while often obliquely gorgeous, is not without its missteps. There are incursions into the second person (“On a winter’s night when you were ten, there was a fire in the study at your home”) that squander the immediacy Gainza has gathered with the lyrical authority of María’s voice. The novel is also dappled with quotes from writers: Carson McCullers, Marguerite Duras, Guy de Maupassant. While these are often very good—like T.S. Eliot’s “The more perfect the artist, the more completely separate in him will be the man who suffers and the mind that creates”—they are sometimes clustered with a hoarder’s avidity, as when Jules Renard, Jean Rhys, and Michel de Montaigne are quoted within a space of a few pages. Gainza, it seems, is not unaware of this reflex. “I have also realized that being good with quotations means avoiding having to think for oneself,” María says at one point, a little archly, one suspects.9

Optic Nerve’s episodic iridescence—the way each chapter shimmers with the delicacy of a soap bubble—belies its gravity. Gainza has written an intricate, obsessive, recherché novel about the chasm that opens up between what we see and what we understand. Late in the book, María is asked to write an essay for the retrospective catalog of an artist she’s only just met. Unenthusiastic about the work, she nevertheless agrees, fascinated by his tales of religious fervor and gay ’80s nightlife. “Deep down I think I am a destroyer of images,” she says, an incredible admission for someone in such obvious thrall to art. But María destroys images only insofar as she refuses their interpretation, at least initially. Like any good critic, she is less interested in the static image than in that image’s nexus of potential connections. We lack a satisfying name for that first confrontation with meaningful art—the gleaming, white moments of wordless perception. This is María’s state of grace. Optic Nerve, a radiant debut, enlarges that moment and invests it with ecstasy.10