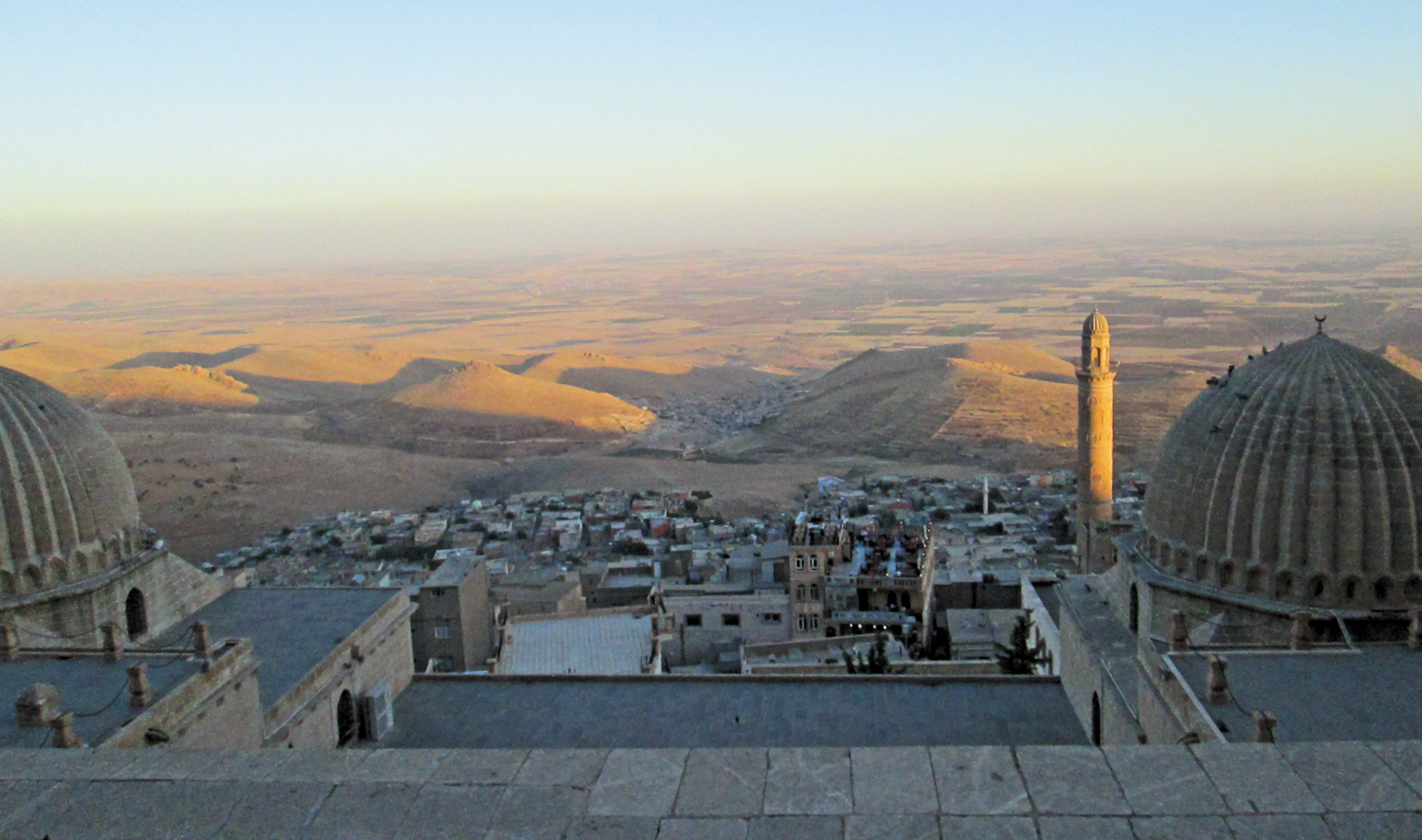 The highway leading from the airport to town is new, or at least has been recently upgraded: four lanes of smooth blacktop running north-south and bordered by broad sidewalks empty under the blistering summer sun. The surrounding area is sparsely populated scrubland, but new businesses hug the edge of the road. There are car dealerships for Citroën, Fiat and Renault, and their big-box showrooms are adorned with logos that gleam as brightly as the latest models in their oversize lots. Gas stations outfitted with enough pumps to fuel a fleet of taxis are scattered along the route; several double as parking lots for idle backhoes and bulldozers. Like the airport, an elegant and airy structure where just two of the eighteen check-in windows are in use, the road is a sign of growth and a promise of more.

The scene could have been from any number of French New Wave films smitten with the sparkling stuff of urbanization they satirized. But the road is in the countryside of southeastern Turkey, not the suburbs of postwar Paris, and the path it takes from the new airport in Kiziltepe to Mardin, about twenty kilometers to the north, is evidence of an older, modernized Turkey—Citroën, Fiat and Renault have been manufacturing cars in the country for decades—as well as a more recent one. The road rises from the plains and snakes up the mountains to Mardin, and as the city’s skyline comes into view, one sees the tower cranes and residential construction projects that have become the signature of Recep Tayyip Erdogan, Turkey’s ambitious and controversial recent prime minster and newly elected president. In Mardin, the developments form an escarpment that spreads beyond the city limits into desolate valleys where unfinished apartment towers seem to waver in the heat.

The road turns complicated for Erdogan when it reaches Eski Mardin, the old city, which is nestled in a mountain overlooking the city proper, with views of the plains stretching into Syria, about forty kilometers to the south. The main street in the old city was recently renovated with a €6 million grant co-financed by Turkey and the European Union, whose relations have been in a deep freeze since Erdogan’s crackdown on protesters at Taksim last year and his entanglement in various corruption scandals. The AKP, Erdogan’s party, failed to win Mardin and the province of which it is the capital in local elections in the spring, and Erdogan himself failed to win it in the recent presidential contest.

“Erdogan is empty,” says Veysi. “He makes promises but does nothing.” Veysi is the twentysomething son of a member of the Kurdistan Workers’ Party (PKK), who in the late 1970s and ’80s spent twelve years in prison for his political activities. Veysi himself recently served four years in a prison on the outskirts of Mardin, most likely for smuggling weapons and Kurdish newspapers to PKK fighters in northern Iraq. The Kurds have been rebelling against the Turkish state since it was founded in 1923, when to promote national unity Atatürk banned all languages except Turkish. In the 1990s, after the PKK launched an armed rebellion for independence, the Turkish army went on a rampage in Turkey’s southeast, attacking scores of Kurdish villages.

Like nearly everyone in the old city, Veysi speaks Kurdish, Arabic and Turkish. For all his dislike of Erdogan, he says that daily existence for the Kurds in Mardin has improved since Erdogan’s government and the PKK negotiated a cease-fire last year: he claims that Kurds can now publicly express their political views without fear of repercussions. (Tensions between Kurds and the government flared several weeks ago when Turkish security personnel in Diyarbakir removed a statue of Mahsum Korkmaz, a legendary PKK fighter killed by Turkish forces in 1986. The Kurds retaliated by defiling busts of Atatürk.) Veysi then volunteers that he thinks Erdogan has the right attitude about the hundreds of thousands of Syrian refugees living in emergency tent camps just over the Turkish border. “He’ll run them out,” Veysi predicts. “He doesn’t like Arabs, who are filthy.”

Veysi’s father, Mehmet, lacked his son’s restlessness. I met him while he was tending a garden of grape vines and fig and olive trees adjacent to his home on an upper plateau of the old city. After talking a bit about gardening, Mehmet offered an invitation to iftar. I returned at sunset to find a meal of eggplant, potatoes, okra, bread and melon on a rooftop adjacent to Mehmet’s garden. Later in the evening, Veysi said that his father was so nervous about having a guest that he asked his wife to take away the dishes she had prepared and make different ones. She ate separately, and the only hint of her presence was a shadow visible on a courtyard wall facing the kitchen windows. During the meal, Mehmet struck a more hopeful note about politics than his son. He, too, spoke about feeling a newfound freedom to discuss Kurdish matters in public, but he also alluded to a victory that the residents of the old city had achieved on their own. Gesturing over our heads to the Turkish military base that occupies the remains of an ancient citadel on the mountain’s crest, he explained that townspeople in Mardin had protested for years to local authorities about the military’s presence, and recently learned that because of their efforts the base will be closed. The citadel is a prominent architectural landmark of the region, Mehmet said, and people shouldn’t be forbidden from visiting it.

Before returning to Mehmet’s, I wandered in a cemetery on a plateau below the citadel, where there was someone picking buds from caper bushes for pickling. Near the plateau’s edge is a rise with a view of the valley to the west of the old city, where mountainsides have been scarred by the excavation of limestone for the cement factories feeding the construction boom in the lower city. In the cemetery, there was a man tending his grandmother’s grave. She had died in 1980, and at some point her grave had collapsed. Her grandson had just finished restoring it and was on his knees tracing the inscriptions in black paint while his son played at his side. His grandmother was Armenian, the man explained, and after the genocide she was adopted by a Turkish family and forced to convert to Islam. Her grandson speaks Turkish and Arabic but not Kurdish or Armenian. Of all the Turkish speakers I met in Mardin, he was the most fluent.