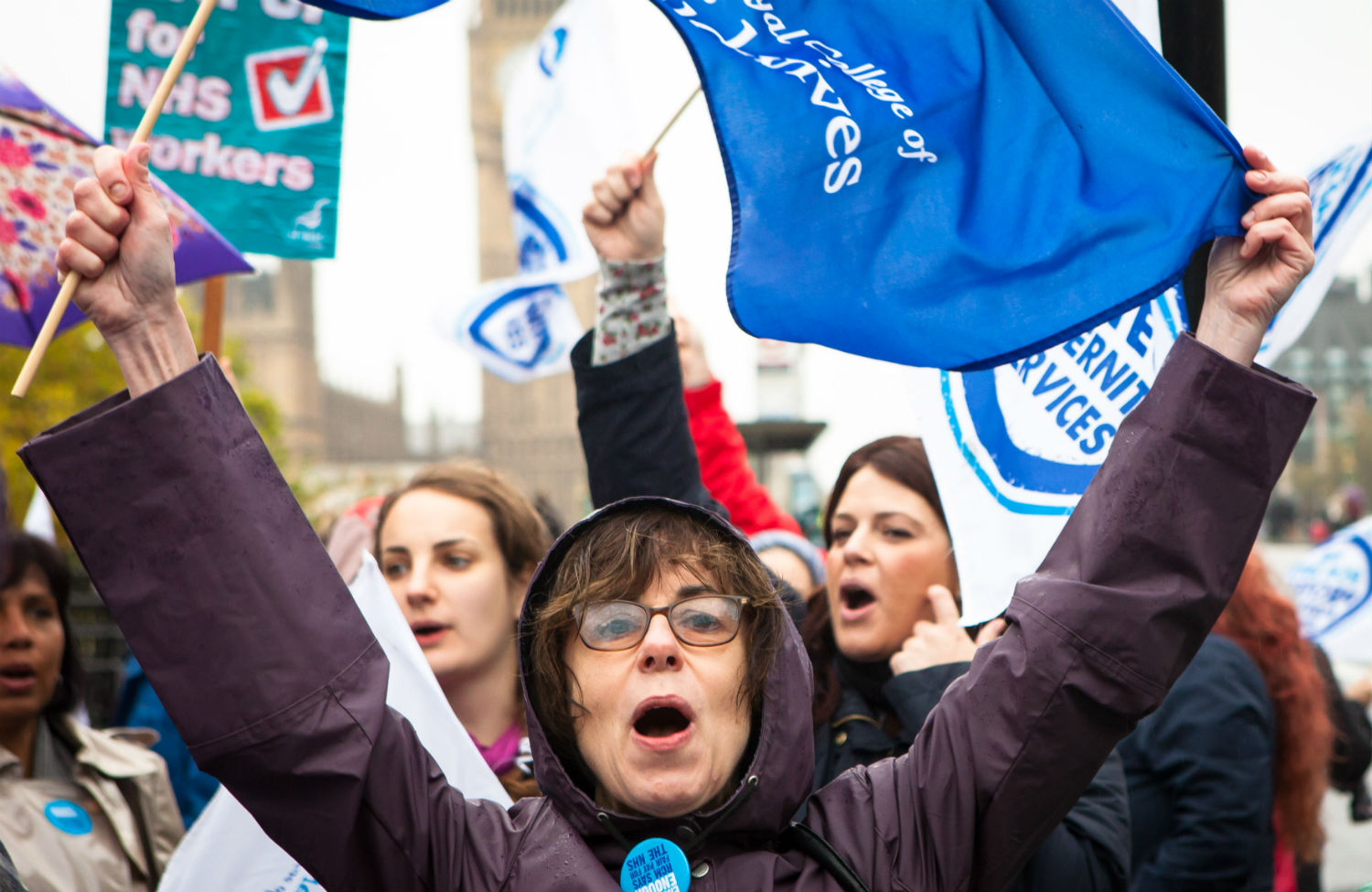 Nothing turns this country’s conservatives into “protectors” of democracy quite like union elections. The same right-wingers who impose constitutionally dubious voter-ID requirements become inordinately focused on protecting the franchise when policing union ballots. Hence the proliferation of “right-to-work” legislation in many states, which undermines union-security obligations at organized shops. The right also opposes any policies that would ease union certification votes, spuriously justifying its proposals as protecting the “secret ballot” or preventing “forced unionism.”

Meanwhile on the other side of the pond, the UK’s Conservative Party has proposed higher participation thresholds when it comes to unions voting on whether or not to strike, calling for a minimum level of approval from all eligible voters in public sector strikes. The Tories are pushing a 40 percent threshold on all strike votes in health, education, transport and fire services—so a vote for a strike would only count if four-in-ten of all eligible members voted. Under such a quorum rule, if there is even a unanimous vote to go on strike with a turnout of 39 percent of union members, the vote would be invalid.

Proponents, who promote pro-austerity, pro-privatization agendas, complain that of “102 strike ballots between August 2010 and December 2014,” only about a third involved a majority of the workforce. Calls for a strike-vote threshold gathered steam last spring after a massive London Underground strike was authorized by a vote involving a minority of the workforce.

Labor advocates see this as an effort to eviscerate public-sector unions as they struggle to battle deep budget cuts.

Imagine if every local city council candidate needed 40 percent approval from all eligible voters, or school board elections required more than half of a district’s voters to cast votes? Even Congress routinely conducts business without reaching a formal majority quorum.

Transport Secretary Patrick McLoughlin told BBC Radio that the proposal would ensure “that the rights of unions are balanced with the rights of hard-working taxpayers who rely on key public services.” The right-wing TaxPayers’ Alliance called it a protection for public services against “a minority of militant union activists,” according to The Telegraph.

Trades Union Congress General Secretary Frances O’Grady sees a more pernicious form of minority rule at work by the 1 percent, stating that the voting requirement would “effectively end the right to strike in the public sector.” In contrast with the Tories’ populist overtures, O’Grady noted that a measure that could actually increase worker turnout, a secret online ballot, is opposed by the conservatives. Evidently, democracy is in the eye of the beholder.

The measure is one of a basket of anti-union measures proposed by the Tories to undermine voting procedures, including a proposal for a mandatory threshold of 50 percent turnout for all strikes, easing restrictions on temporary workers hired during work stoppages, and rules requiring that a strike vote be renewed periodically. According to The Telegraph, the latter would require unions to “re-ballot their members as often as every three months, putting an end to rolling strike campaigns.”

According to an analysis by Keith Ewing and John Hendy at the Institute for Employment Rights, the measure conflicts with international labor standards because it “represents an effective ban on the right to strike in the public services, without making alternative arrangements for dispute resolution.”

A few other countries impose somewhat less strict measures, according to Ewing and Hendy. In Australia, a vote to strike requires at least a 50 percent turnout (which means at least 25 percent of the entire union franchise must approve). In Czechoslovakia, union strike votes must get approval from a third of eligible voters. Unions in Denmark similarly “must be supported by at least 75% of those taking part in the vote,” though the rules are part of “collective agreements rather than legislation.”

So far as we are aware, unequivocally higher thresholds than those proposed by the Tories are to be found only in Bulgaria and Romania, where it is understood that the law permits industrial action only if it has the support of a majority of those eligible to vote (that it is to say 50 percent plus 1).

In the United States, Toryesque voting measures haven’t caught on yet, but such proposals line up with right-to-work and other quasi-democratic “reforms” pushed by the right. (And among centrist Democrats, remember, Jim Messina, Obama’s 2012 campaign manager, was also consulted for the 2012 Tory campaign.)

What would happen if such strike rules came to the US labor movement? Citing the 1960 New York City teacher strike as a key example of a “minority” labor action, veteran labor negotiator and author Joe Burns tells The Nation via e-mail: “Strikes with a minority of the workforce were highly important and it is unlikely public employees in the US would have organized if these restrictions proposed in the UK would have been in place.” Unlike strikes in private workplaces, which require a high level of participation to achieve a full-scale work stoppage, he adds, “public sector strikes in contrast are primarily political and about public workers making their voices heard and pressuring policymakers and politicians.… [These proposed thresholds are] really about silencing public workers.”

Public sector strikes, while easy to paint as terribly inconvenient, are in fact all about the public interest. The labor conditions of public workers determine the quality of and access to public services all workers and taxpayers use and finance.

Conservatives seek to persuade voters that public sector unions don’t represent workers but, rather, faceless parasitic bureaucrats (who also make convenient scapegoats for problems stemming from underfunding and mismanagement). This ideological canard encourages elements of the working class to cannibalize each other.

But labor democracy should be seen as part of any functioning democracy, and workers’ representation through a collective body is very much part of any vital body politic. The harder it is for unions to vote for acts of resistance, the easier it is for bosses to silence all of us.