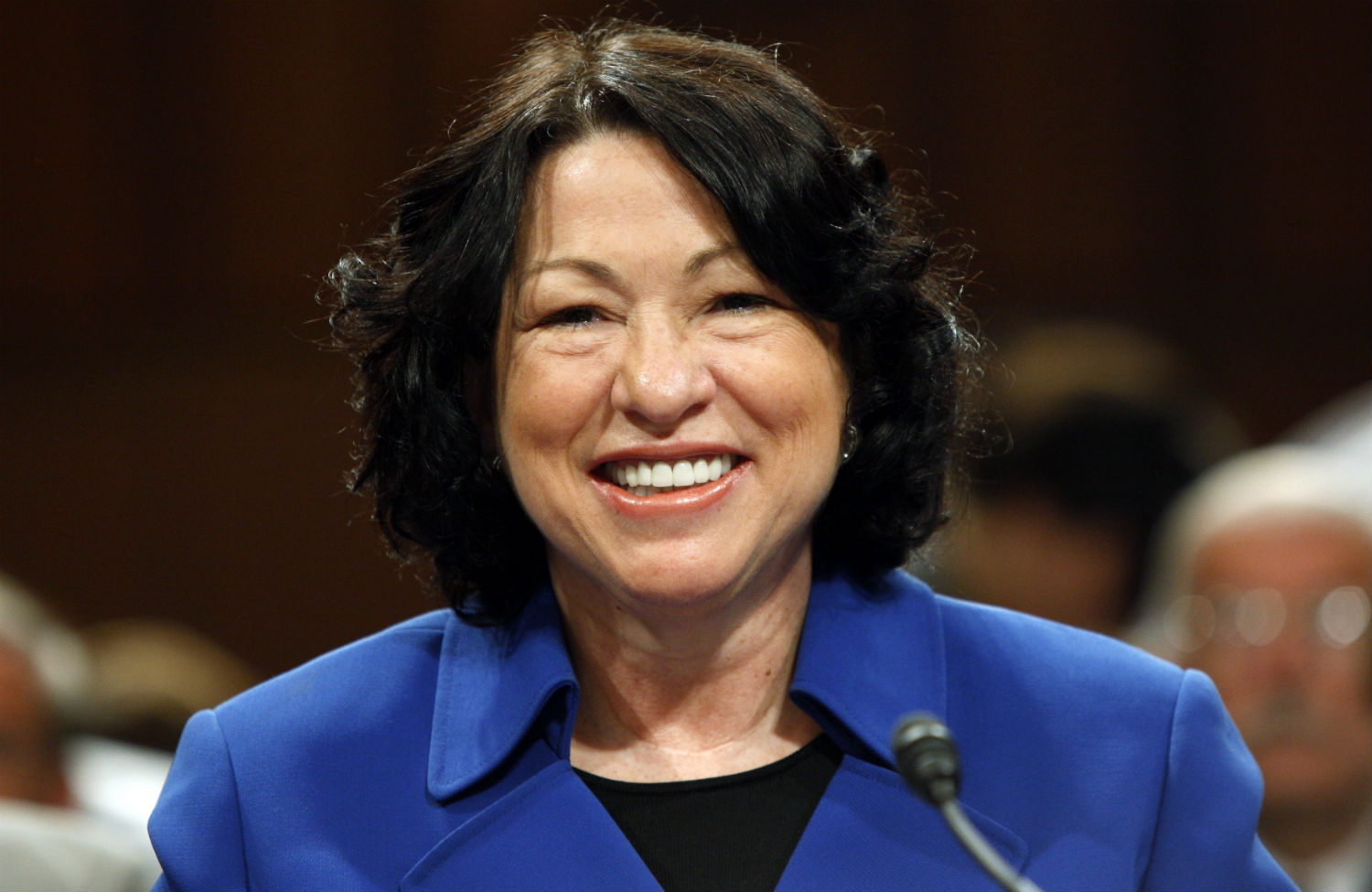 The Justice’s dissent in the Michigan college admissions case was courageous, as the attorney general said, because she dared to identify an enduring remnant of “white supremacy” still clinging to American democracy. Of course, the Justice did not use that odious phrase. She would have been accused of sensationalizing the issue. But her Republican colleagues in the majority on the Supreme Court must have felt the sting of her accusation.

The Michigan case, Sonia Sotomayor explained, is simply the latest example of an old and familiar abuse of the Constitution. The white majority used its power to change the rules in the middle of the game and deprive racial minorities of a fair shot at acquiring their just political rights.

Chief Justice Roberts harrumphed in reply. Justice Scalia ridiculed her reasoning. Yet I have a hunch Sotomayor’s dissent will be read and taught in classrooms long after the names Roberts, Alito, Scalia, Thomas and Kennedy have faded from historical memory.

At issue was the state-wide referendum at which Michigan voters amended their state constitution to forbid consideration of “race-sensitive issues” in the admission policies at Michigan’s public universities. Black enrollment predictably plummeted afterwards. The majority rules, people declared. In this case, the Supreme Court agreed. Sotomayor reminded them of the long, brutal history of American apartheid when the Supreme Court was compelled, again and again, to set aside “majority rules” in order to secure the constitutional rights of minorities.

At first, she said, states acted with an open contempt for the Fifteenth Amendment, adopted after the Civil War to grant liberated slaves the rights of citizens. “Certain states shut racial minorities out of the political process altogether by withholding the right to vote,” Sotomayor recalled. “This Court intervened to preserve that right. The majority tried again, replacing outright bans on voting with literacy tests, good character requirements, poll taxes and gerrymandering.”

Fraud, intimidation and violence were standard tactics that continued in the twentieth century. Texas adopted a law in 1923 that prevented racial minorities from voting in party primaries. When the Supreme Court declared that law unconstitutional, Texas passed another law that gave the parties the right to decide who was eligible to vote (the Democratic party said only white Democrats). Oklahoma required a literacy test but exempted anyone who whose grandfathers had been eligible to vote before 1866 (naturally, no African-Americans needed apply). Other states built legal barriers to prevent blacks from winning election to local offices—sometimes abolishing the offices or having the governor, not voters, appoint the office holders. School desegregation spawned new tactics of resistance (abolishing public schools in Virginia or an entire county in Alabama).

This pattern of extreme responses became established across the South. Each time racial minorities achieved a foothold in the political process, state governments would change the rules and nullify their accomplishment. It was a bitter contest, often fought out in the intimacy of small towns. Black people would organize and push for change, often backed up by the NAACP other civil rights organizations. If they finally won something, the white electorate and legislature would intervene. Majority rules, ha-ha-ha.

Sotomayor’s incendiary accusation is that Michigan’s fight over race and college admissions policy resembles the same crude political combat, only this time the Supreme Court has come down on the other side.

The debate, she pointed out, was not about affirmative action, which is easily demonized as racial quotas. The question was whether the majority can disable the “equal protection” political rights of the minority by cementing the prohibition in the state constitution. Repeal campaigns are extraordinarily expensive and effectively beyond the capacity of minority communities. They can sometimes win by organizing normal political actions, like citizen lobbying or electing new office holders. In fact, Michigan went through those battles in a series of electoral contests. Minority voters and university allies successfully defended the race-sensitive admission policies. But then the opposition trumped them with a high-powered campaign to ratify the constitutional amendment. Majority rules.

A Michigan citizen can lobby university regents or organize pressures on the governor and legislature in favor of other admission factors—recruiting good athletes with poor grades or favoring the children of alumni, for example. But they cannot propose race and racial diversity as valuable elements in education. That prohibition might sound fair to lots of white people. It will sound familiar to lots of non-white people.

Sotomayor described the consequences for people: “A white graduate of a public Michigan university who wishes to pass his historical privilege on to his children may freely lobby the board of that university in favor of an expanded legacy policy, whereas a black Michigander who was denied the opportunity to attend that very university cannot lobby the board in favor of a policy that might give his children a chance that he never had and they might never have absent that policy.”

Beyond the legal reasoning, Sotomayor offered a poignant expression of why race matters. “Race matters,” she said, “because of the long history of racial minorities being denied access to the political process…because of persistent racial inequality in the society.… Race matters to a young man’s view of society when he spends his teenage years watching other tense up as he passes.… Race matters to a young woman’s sense of self when she states her hometown and then is pressed, no, where are you really from.… Race matters because of the slights, the snickers, the silent judgments that reinforce the most crippling thoughts: ‘I do not belong here.’”

The Roberts Court wants to ignore all that. In fact, talking so much about race may do more harm than good, the Chief Justice said. Time to move on—the voters have spoken.

One wonders how conservative Republicans will feel about “majority rules” in a generation or two white people are no longer the majority of American citizens. I suspect they may change their minds.