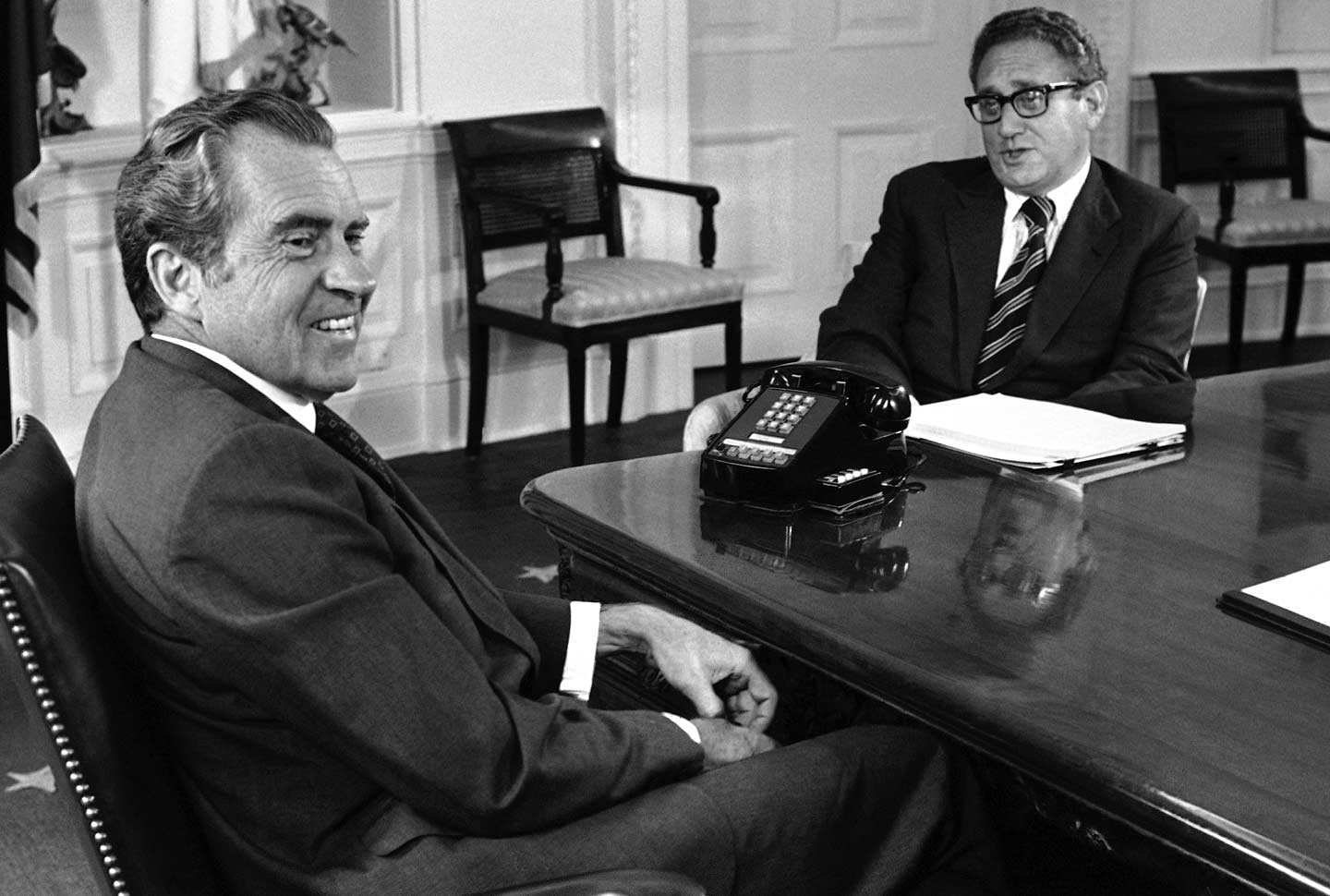 If you Google the question “Is Trump like Nixon?” you get something like four million results, mostly answering “yes.”  But we weren’t so sure about that, so we checked with Rick Perlstein. He wrote the book Nixonland, and his most recent is The Invisible Bridge: The Fall of Nixon and the Rise of Reagan. This interview has been edited and condensed; listen to the full interview on the Start Making Sense podcast.

Listen to Jane Mayer on the Start Making Sense podcast.

JW:  Trump is not like Nixon in some important ways.  I want to bounce a few of those off of you: did Richard Nixon start off in business with a 14 million dollar loan from his father?

RP  He was born in a house his father built, he said in the famous first line in his autobiography.  Then in his farewell speech to the White House staff, he said his dad had a lemon grove and it was “the poorest lemon grove in the entire state of California. He sold it—and then they immediately found oil underneath it.”  Nixon came from modest circumstances—although he was lying about the oil story.  That definitely is something he and Trump do have in common.

JW:  Did Richard Nixon run for political office for the first time when he was seventy years old?

RP  I believe he was the president of his high school class. He was head of student government at Whittier College. He has a long, long career in politics before he became President: he was Vice President, before that a senator, and before that a congressmen.

JW:  Basically, he had no other job for most of his life except being an elected official.

RP  He did a brief legal career in Whittier after World War II, but he had a terrible time because he handled divorce cases. Women would come in and describe the problems they suffered at the marital bed, and apparently he found that excruciating.

JW:  Finally, did The New York Post ever run a headline quoting a woman who said about Nixon, “best sex I ever had”?

RP  I would have to be agnostic about that. I haven’t seen every Post headline.  But Hunter S. Thompson did ask Richard Nixon on the campaign trail in New Hampshire in 1968 if he had had his annual orgasm yet.

JW:  As for the similarities people see, Howard Fineman wrote in the Huffington Post, “Trump portrays the media as the enemy of the American people”—and that’s like Nixon. Do you agree?

RP  Both certainly believed that. But, Nixon would never say such a thing publicly. He would send out his Vice President to say it. Nixon was a disciplined and shrewd politician who knew when to play his hand and when to hold his cards close to his breast, which Donald Trump has absolutely no ability to do.

JW:  Another similarity: Nixon won the presidency by appealing for the votes of resentful working class whites. We see exactly the same strategy in Trump’s victory.

RP  Sure! But there’s nothing particularly fresh in that. That’s Nixonland. That’s been the Republican playbook ever since the beginning of Nixon’s career back in 1952. Reagan used to talk about the Republican party having an appeal beyond the country clubs.  It’s Newt Gingrich. It’s Sarah Palin. For any Republican who wins the presidency, that’s how they do it.  It’s a big part of why Mitt Romney failed—he wasn’t able to convincingly sell that standard Republican script.

JW:  The biggest argument: Nixon tried to cover up the crimes Republicans committed against the Democratic party during the 1972 campaign.  That’s what led to Watergate. Trump, too, according to this argument, is trying to cover up the crimes his campaign committed during the 2016 campaign—the way they were coordinating with the Russians. In both cases, we have crimes against the Democratic Party and the democratic process, and in both cases, we have a cover-up.

RP   Like a lot of things with Trump, there’s a similarity, but Trump turns it up to eleven, as I like to say. Richard Nixon was able to do all kinds of nefarious stuff involving wiretaps and money cons. But it wasn’t until three and a half years after the election that he actually got caught. With Trump, it took three and half weeks.

JW:  One more thing: Trump says it will all be easy for him. He will defeat ISIS quickly. He will bring back the jobs now.  He was going to repeal and replace Obamacare right away.  What would Nixon have said to that theme?

RP  He would really be disgusted with that. Richard Nixon was, among other things, a planner. He was very careful.  He played the long game.  I think he relished the slog. He was called Old Iron Butt when he was in law school because he loved to sit there and prepare and prepare. He had a very long attention span. If you listen to the tapes, you’ll hear these hour-long conversations with Kissinger, where they turn over every aspect of the problem. Trump is the guy who can’t even sit in a meeting without tweeting, who has the attention span of a soap bubble.

JW:  Lots of people are already saying Trump is worse than Nixon. I would say the opposite: Nixon kept the war in Vietnam going after 1968 when the United States could have ended it, when LBJ tried to end it.  And the result was that, because of Nixon, we killed at least a million more Vietnamese, and they killed tens of thousands more Americans. That is much worse than Trump.

RP  But Trump is only just getting started.  He’s already started putting troops on the ground in Syria, and if he mishandles all these rebel hot spots, maybe this story will end with a nuclear holocaust.  Let’s be fair to the guy, you know?  Give him a chance.