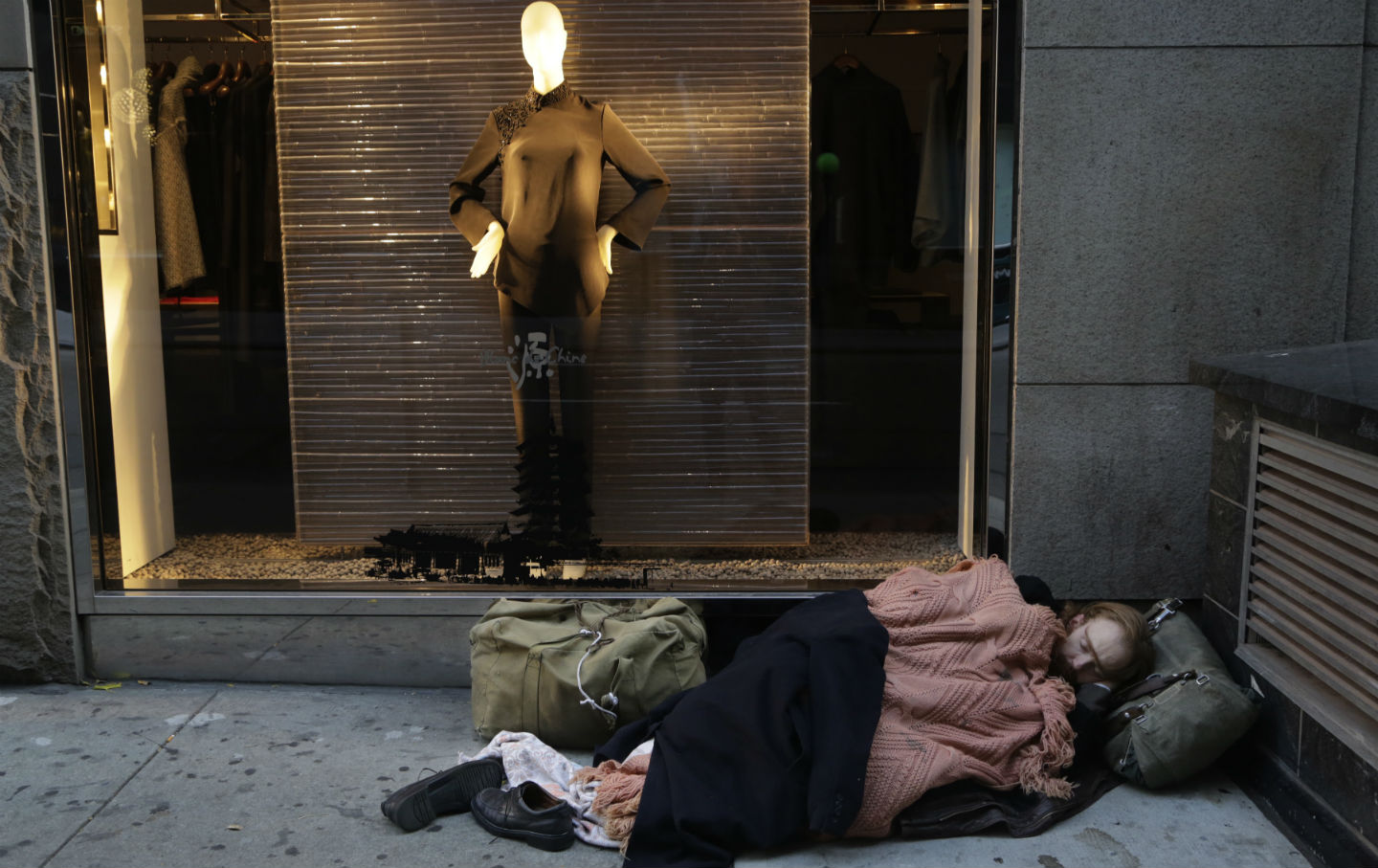 As a 19-year-old single mom, Kelvishia struggles to make ends meet for herself and her toddler, Jarvis. While working, Kelvishia was studying for her GED through a program for parents who receive financial help. That is, until she was fired from her job because she had to miss work to take care of Jarvis. With her job went the government help. Without that aid, Kelvishia’s hopes for a GED were dashed. She was striving to get ahead, but the realities of life just made it too hard.

This spiral of despair has to stop—for Kelvishia and for far too many Americans like her.

We can’t tinker at the edges anymore. We need radical changes that will make a real difference for the millions of struggling Americans like Kelvishia and her son.

The time is ripe for a bold national agenda to address the crisis that families face in trying to make ends meet. This may seem paradoxical at a moment when Congress is paralyzed and federal action to address the major issues of our day seems to be a distant prospect. But underneath the frozen surface of partisan rancor and stale ideological arguments, powerful currents are moving the country towards a new consensus for change.

This moment calls for an aspirational program that can galvanize energy, animate a broad-based coalition and provide a foundation for concrete action that will put the voice and agenda of struggling Americans like Kelvishia at the center of a new national debate. At its core is a simple and achievable idea: government should take action to create millions of good new jobs in emerging sectors, guarantee decent wages and benefits for all who want to work, and ensure equity in the labor market for women and people of color.

The progressive reformers of the 20th century responded to the massive transition from agriculture to manufacturing by designing a radically new set of institutions and policies that provided security and prosperity to millions of Americans. We can do the same today. But seizing this opportunity requires us to face up to some hard truths. And the two dominant strains of economic thinking in this country—conservative and mainstream liberal—have failed on that account.

We will never make real progress on the crisis of poverty and inequality in America with the same stale arguments between mainstream liberals and conservatives that we’ve been having since the 1960s. Here’s why: mainstream liberals and conservatives agree way more than they disagree. In fact, it’s this limited Beltway consensus that stands in the way of breakthrough solutions. We’ve got to reject these shared false assumptions if we’re going to solve this crisis. We can’t adhere to the discredited myth that wealth comes solely from corporations or entrepreneurs. It’s created by people’s hard work. Everyone should completely support our social safety net—it’s critically important and we must invest to strengthen it. But we need far fewer people falling into this net in the first place—and that means providing everyone the means to make ends meet, without exceptions. We also won’t shame our way to prosperity by blaming individuals for all that befalls them. Personal responsibility as conservatives would call it, or inadequate skills as some liberals would say. We need to change the rules of the rigged game that shapes the life chances and opportunities for most Americans.

First, government must actively shape new and emerging sectors of the economy, by creating the terms and conditions for private investment, by setting and enforcing rules and floors, by investing major resources and by aligning the interests of workers, firms, consumers, and the public.

Second, race and gender are fundamental to how our economy and labor market function, and no serious economic program can treat them as peripheral or afterthoughts to the “real” economic agenda.

Third, we must abandon the artificial juxtaposition of “equity” and “growth” that has dominated economic debates for decades. Conservatives argue that wealth is created by corporations and owners—and so efforts to “redistribute” it actually impede growth. This is, simply put, wrong.

Finally, voice and participation is essential to an economy that works for families.

These principles are the basis for the agenda of Putting Families First: Good Jobs for All, a new campaign that seeks to bring the issues of jobs, poverty, and inequality to the center of national debate. This agenda includes:

The impact this blueprint will have on job creation is significant. In the short term, it will directly create a minimum of 5.6 million new jobs per year by investing in infrastructure and a jobs program that addresses high unemployment in high-poverty communities. Over the next several years, investments to build a clean energy economy and dramatically expand access to quality childcare will directly create several million more jobs.

This blueprint puts families first so that we can once again have a country that represents our brightest hope for the future. The solutions proposed are commensurate with the scale of the challenge. We must push policymakers and politicians at all levels of government to embrace large-scale change because we cannot allow our policies to be dictated by the same half-measures and small thinking that has led our country down a path in which the many struggle with too little and the powerful few hold all the cards.

When we enact this agenda, we will create millions of new jobs, and lift millions of families like Kelvishia’s that are trapped in poverty. We can do nothing less.