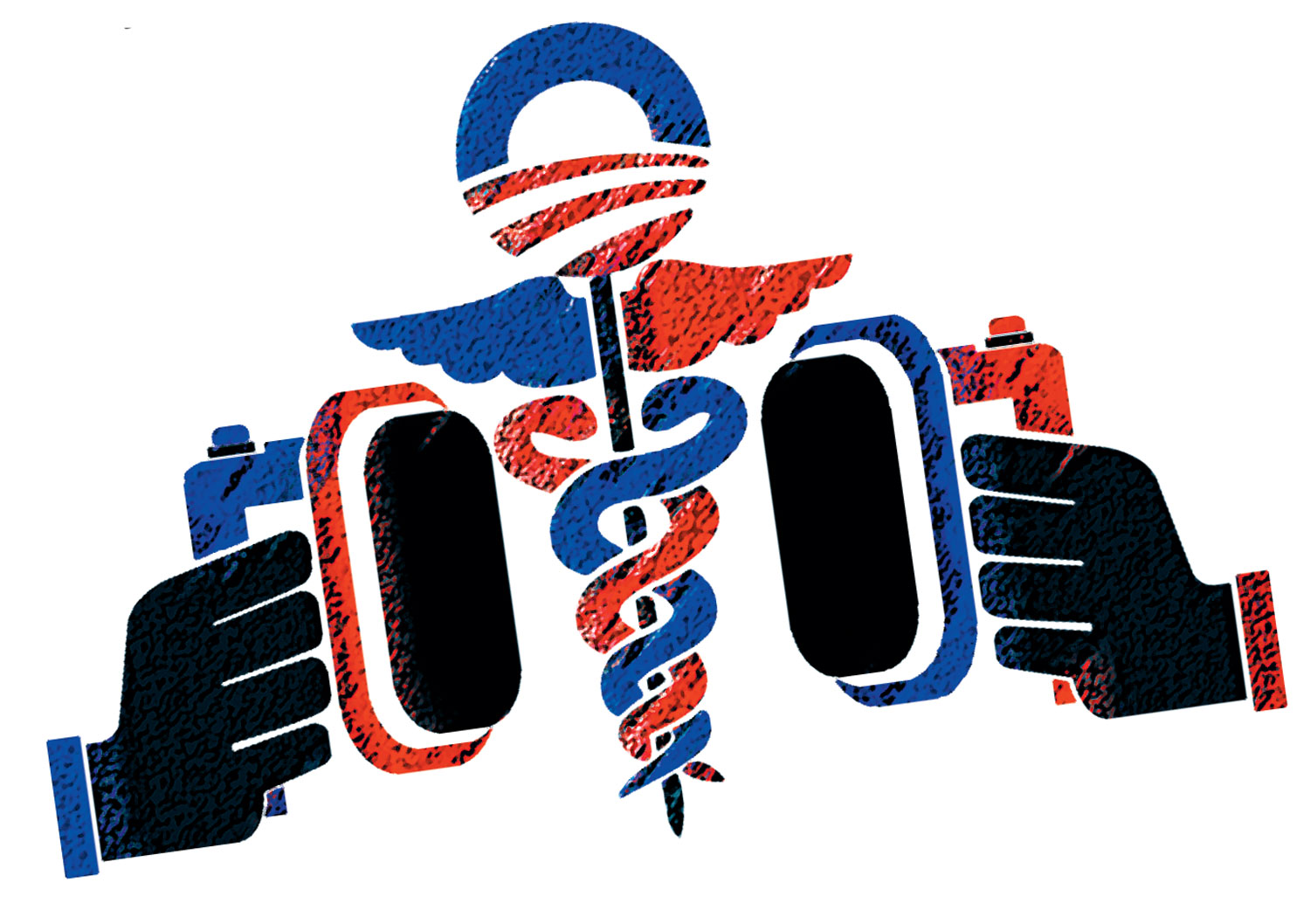 When the media frenzy subsides and Republicans run out of scare stories, the country will be faced with the most important question about Obamacare: Can it deliver what it promised? Thanks to the Affordable Care Act, a new business model is rapidly emerging in the medical-industrial complex that, in theory, can dramatically reduce the inflated costs of healthcare while serving everyone—rich and poor, healthy and sick. But the reformed system will also still rely on the market competition of profit-making enterprises, including insurance companies. A lot of liberal Democrats, though they voted for Obama’s bill, remain skeptical.

“In the long arc of healthcare reform, I think [the ACA] will ultimately fail, because we are trying to put business-model methods into the healthcare system,” said Washington Representative Jim McDermott. “We’re not making refrigerators. We’re dealing with human beings, who are way more complicated than refrigerators on an assembly line.” I turned to the Seattle congressman for a candid assessment because he’s the third-ranking Democrat on the House Ways and Means Committee and has been an advocate of single-payer healthcare for decades. Plus, he’s a doctor.

The business transformation under way in healthcare involves the consolidation of hospitals, doctors and insurance companies in freestanding “integrated delivery systems”—nonprofit and profit-seeking—that will have the operating scope and power to eliminate duplications and waste and hold down costs, especially the incomes of primary-care doctors. Major hospitals are buying up other hospitals and private practices, and they’re hiring younger doctors as salaried employees. An  American Medical Association survey in 2012 found that a majority of doctors under 40 are employees, no longer independent practitioners.

“The medical-industrial complex is putting itself together so that the docs will be the least of our problem,” McDermott said. “They will simply be serfs working for the system.”  The AMA’s market research reports that “hospitals focus on employing primary-care physicians in order to maintain a strong referral base for high-margin specialty service lines.” Big hospitals need a feeder system of salaried doctors, McDermott explained, to keep sending them patients in need of surgery or other expensive procedures.

“It’s possible hospital groups can reduce costs,” the congressman said, “but I look at the consolidations going on and ask myself, ‘Are we going to wind up with hospitals that are too big to fail? Are we going to have hospitals so powerful that we cannot not give them what they want?’ It’s going to be the government against the medical-industrial complex, which is developing very rapidly. If the Little Sisters of Providence [his fanciful example] become a conglomerate and the government says you should close some of your hospitals, they will say, Who says?”

Despite these doubts—not to mention the Republican-promoted hysterical attacks on the ACA on other grounds—McDermott is actually optimistic. He expects stronger healthcare systems roughly resembling single-payer “to spring up like dandelions” around the country—led by progressive states that really want to make it work. “That’s probably going to happen in Vermont, Washington and Oregon,” he said. “California has tried twice to have a single-payer system and was defeated by the forces of money. Jerry Brown in California, maybe Cuomo in New York, maybe Kentucky. The governor in Oregon, John Kitzhaber, and our governor in Washington, Jay Inslee, all want it to happen.”

Having introduced a single-payer bill in Congress every year since 1993, McDermott is developing a different approach this time: a strategy designed to get around the hard-core resistance in so many states. “I now have a bill I’m going to drop in soon as a patch to the ACA,” he said. “What I’m trying to do is let the states that want it to go ahead, whether it’s Tennessee or Illinois. ‘Medicare for All’ sounds wonderful, but the country is so diverse, you have to allow the delivery system to evolve where it can. You have to do it state by state.”

McDermott tried to sell this concept to the Obama administration and to Senator Max Baucus of Montana, chair of the Senate Finance Committee and one of the key Capitol Hill brokers in 2009–10 for what would become the ACA. No sale in either case. Instead, the president rejected the “public option” and made “bad deals” with hospitals, drug companies, the insurance industry and other players, McDermott said. Those interests agreed not to fight new rules on their behavior toward consumers, and in return Obama provided them with millions of new paying customers, subsidized by the government.

Under the ACA, hospital groups must sign a non-discrimination agreement, but as a practical matter they can still find ways to pick and choose which patients they will treat. The rules for Medicaid are set by each state, and enforcement varies widely among them. Typically, many private practices severely limit impoverished patients on Medicaid or refuse to serve any at all because that threatens their rate of return. Less obviously, some of the leading health conglomerates celebrated for their high quality and cost controls do the same. “When you dig down in all these great places like Mayo and the Cleveland Clinic, you see the same sort of thing,” McDermott said. “The Mayo doesn’t go out looking for Medicaid patients, and they don’t take just anyone who walks in the door.”

McDermott’s new legislation would break from the longstanding liberal assumption that the government must enact universal social programs that apply rules and benefits uniformly to all states at once. He figures that would allow the resistance to block single-payer for many years. So he wants to create a special deal for the limited number of states willing to uphold higher standards. State legislatures and governors can win approval to design and operate their own single-payer system, deciding how and where to spend the healthcare money the federal government already pumps into their state. (The Vermont Legislature has already approved, with the governor’s support, a move toward single-payer but can’t implement it until 2017, when it will need a federal waiver to do so.)

The congressman offered his hometown example, known as WWAMI—a five-state cooperative arrangement that includes Washington, Wyoming, Alaska, Montana and Idaho. The University of Washington has the only medical school in the Northwest border region, so the other states send their med students to Seattle and finance their education, in return for the students’ commitment to come home to serve rural communities. This mutual support has functioned for forty years, despite red-blue differences. McDermott believes those five states could do a better job than distant DC of deploying and operating a first-class healthcare system.

To liberals who cry heresy, McDermott invokes Robert La Follette’s famous dictum that the states should be our “laboratory for democracy,” the best place to experiment and develop new solutions to public problems. Conservatives ought to like McDermott’s proposal because it disperses power closer to local decision-making. Liberals can embrace his approach as a practical way to break the stalemate on healthcare and open the way for basic solutions.

The congressman from Seattle thinks it may take a few more years of chaotic conflict before people understand the opportunity. But state governments—even in the neo-Confederate Republican Party—may start clamoring for this new approach once they begin to see the results.

“There are places where this could work,” McDermott said, “and once people see it work in Oregon or Washington, or maybe Kentucky, the people in Tennessee are going to say, ‘Why the hell don’t we have that? Are we not as good as the people in Oregon?’ Then you’re going to get the governor of Tennessee to do an about-face.”

Yes, it was a flawed compromise. But to achieve universal, humane healthcare for all, we first need effective implementation of the ACA. See “Why the Left Should Defend Obamacare.”