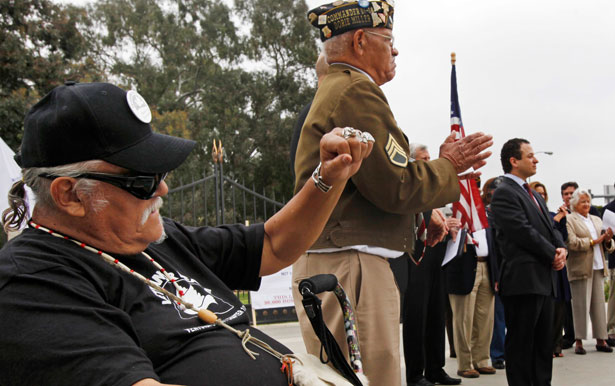 I don’t have much this week as I’ve had some medical issues, now solved, but I did want to mention three things:

This is a collection of more than fifty interviews Cohen conducted between 1966 and 2012. And if you think LC is even a fraction as important to one’s sanity as I do, you’ll be interested to see what’s in it. I wouldn’t trust everything in it, of course. If one could, it wouldn’t be Leonard. Here’s the kind of thing he says: “I don’t care what people call me, whether you call it folksinging or some people call it a priestly function or some people see it as a revolutionary activity or acidheads see it as psychedelic revolution or poets see it as the popularization of poetry.”

My friends at Legacy have released a nice two CD/two DVD package of Captain Jack’s 1987 Russian concert tour. It’s a nice package, all in red of course, and includes a documentary about the tour that running on Showtime now. Obviously it depends on how you feel about the guy; nobody was uncooler when I was in high school, but as one matures, one can learn to appreciate uncoolness, not for its own sake but for (admittedly modest, but entirely real) genius that lies beneath it. This one has all the hits—along with that stupid “Don’t take any shit from anyone” at the end of the show. That was silly.

They also released The Essential Eric Carmen, a thirty-track retrospective of the legendary singer/songwriter’s four-and-a-half decade career. Remastered carefully from the original analog recordings, it reaches back to his first recordings out of the teenage garage up through the undeniable highlight—the brilliant Raspberries—and then a few hits like “All By Myself” and then a whole bunch of other stuff which, if you’re like me, you will not have heard and you might like (but not nearly as much as Billy Joel, except for the Raspberries stuff.)

After six years of embarrassing boom-bust cycle coverage in pursuit of the next big scandal, you’d think the establishment media would’ve learned something by now. But as the ACORN, Black Panther, Fast & Furious, IRS and Benghazi storylines have proven over and over, the temptation to go all in on the latest Thing-That-Will-Doom-Obama-But-Actually-Doesn’t is simply too great. After all, Beltway conversations need to be driven, Capitol Hill outrage needs to be stoked, and Sunday morning shows need something, anything, to talk about instead of climate change.

Late last month, another dramatic story surfaced that has sent ripples through Washington. In a story headlined “A fatal wait,” CNN reportedly uncovered outrageously long appointment delays in the Phoenix Veterans Affairs health system, which a former doctor there shockingly claims cost forty veterans their lives while waiting for care. What’s more, the story detailed an elaborate cover-up by VA employees to hide the broken appointment system and massage the wait time numbers, a metric that figures in the calculation of bonuses for VA employees. News of similar “secret wait lists” and neglected veterans at more than a half-dozen other VA facilities around the country have since come to light.

These are, without a doubt, serious allegations. The prospect of veterans being denied timely access to necessary healthcare is outrageous, the prospect of even one veteran dying because of this delay even more so. After two, simultaneous decade-long wars, we owe it to our military men and women from the Iraq and Afghanistan wars to fulfill the promise of proper care after the battle, while still continuing to care for those older vets from earlier eras. This promise is, after all, our nation’s foundational social compact, as the first governmental pension system established in the US was set up to benefit veterans of the Civil War. And no amount of “mad as hell” exclamations, whether from VA Secretary Eric Shinseki, or President Obama, really matter if this compact is allowed to be broken.

However, as more and more of the VA story has emerged, it’s increasingly clear that a credulous press corps has once again allowed political grandstanding and dubious claims to run ahead of actual evidence. First and foremost among these failings, the CNN whistleblower’s disturbing claim of forty veterans dying, which has already begun to fray. In fact, as of last Thursday, a VA Inspector General had reviewed seventeen of those supposedly fatal cases and ruled out wait times as contributing to their deaths in every one of them. Reputable news outlets, like NPR, have been careful to couch these death claims as “not yet been proved.” But still today, reports among some of the usual right-wing suspects haven’t been so diligent; the slippery “as many as forty veterans died” meme has now been firmly entrenched in the narrative.

As is often the case when news organizations indulge in flood-the-zone coverage, much of the reporting has a parachuted-in feel to it. As a result, a lot of what readers and viewers have gotten is a very narrow view of the VA, with little background on the Obama administration’s overall track record serving the veteran community.

For example, few reporters bother to note the great strides made by the VA in the past few years in shrinking a massive claims backlog. (That backlog—which Obama inherited, by the way—further ballooned in late 2010 after the White House decided to finally do right by thousands of Vietnam veterans and accept more claims for PTSD and Agent Orange exposure.) Nor has much attention been paid to the administration’s striking success in reducing the chronic problem of veteran homelessness, which has been cut by twenty-four percent since 2010. And if the central issue under scrutiny right now is a healthcare system’s inability to match its supply with patient demand, might it be worthwhile context to note that the VA will be serving one million more patients by 2015 than it did when Obama first came into office? But rare is the news story that rounds out its scandal focus with a look at the broader challenges facing the VA. Even when I come across a well-reported, nuanced story about the agency’s recent ups and downs, I have to get past an oversimplified, scandal-hyped headline to do it: “Obama Has Every Reason to Fix the VA. Why Hasn’t He?”

Perhaps inevitably, the DC press corps’ fetish for horserace coverage has also crept in. Over at the National Journal sister site, Defense One, we saw even less context and more shoddy narrative framing this past week. With a shameless, clickbait headline, it ran a story suggesting that the “VA scandal” could be worse than—wait for it—Benghazi! Of course, the “veteran Democratic strategist” quoted saying this is no doubt only a “veteran” of political campaigns, since he refers to the VA as the “Veterans Administration,” a name the agency hasn’t officially had for twenty-five years. Not to worry, the reporter makes the same mistake. Though the story at least hedges “veterans dying” as an allegation, there’s no mention of the VA IG investigation that has also so far disproven all those claims. And then, true to form, the reporter devotes the kicker paragraph to the potential impact of those alleged dead veterans on the Democrats’ chances in the midterm elections. Classy.

As the coverage of the VA’s problems began to coalesce, right on cue, right-wingers jumped on board with their own agenda to push. Just how obviously political has the issue become? Consider the transparent absurdity of this PR two-step from last week. On Thursday, a group called the Concerned Veterans of America demanded the “immediate resign[ation]” of VA Undersecretary of Health Dr. Robert Petzel as retribution for the agency’s problems. Not even twenty-four hours later, however, the same group dismissed Petzel’s actual resignation as a “meaningless gesture.” Such transparently phony behavior on the part of the CVA might come as less of a shock when you learn it has received $2 million of its funding through the dark money network of the Koch brothers.

Conservative outrage artists like Sean Hannity and Rush Limbaugh have wasted no time either. They’ve already used the VA as an excuse to, respectively, revisit the Obamacare “death panels” canard and compare the VA backlog to Nazi genocide. Never mind that all their railing about the poor quality of “government-run healthcare” is a lie. As with Medicare, VA care is among the best in the country. It’s better administration and greater access to that care that are the issues that need fixing at the VA. Gee, I wonder how conservatives feel about putting more resources into the VA to do just that.

Surprise, surprise, they’re against it. Back in February, the Senate GOP killed a $21-billion funding bill that would have opened or expanded more than two-dozen VA medical centers. The reason? It was an “election-year ploy” by Democrats that cost too much. (It seems there is a connection between the VA and Benghazi stories after all, since Congressional Republicans repeatedly cut funding for embassy security in the years before the 2012 attack on our compound in Libya.) This isn’t anything new—blocking funding for vets has become something of a habit among the GOP on Capitol Hill.

Of course, these votes don’t excuse misconduct or failures at the VA, which, if proven, should be dealt with harshly and promptly. And members of Congress from both parties are right to be concerned about what’s been unearthed about the VA recently. But falling victim to shallow, speculative coverage that haplessly fuels a partisan witch-hunt isn’t the answer. For, when mainstream news coverage routinely mischaracterizes the extent of misconduct or failure while ignoring the actual conditions that make misconduct and failure more likely, it becomes derelict in its duty to the public. This is the trap of “scandal journalism”—being obsessed with the theatrics leads to overlooking the facts. It’s all distraction and no solution. All of us, especially our veterans, deserve better.

Thanks for the article [“The Two Faces of Climate Change on the Washington Post’s Op-Ed Page.”] I always enjoy your fearless posts on the mainstream media establishment's indifference and inaction towards climate change. This line made me chuckle:

"But while one can reasonably claim to be uncertain about matters of pure faith, like, say, the existence of God or a serious House Republican plan to replace Obamacare, one cannot by definition be neither a believer nor a denier of fact."

Brilliant writing. I'll share this with all of my colleagues and friends. Patiently waiting for your next post.

Keep up the great work,

Outstanding piece! The Washington Post's duplicity on climate is a global shame.