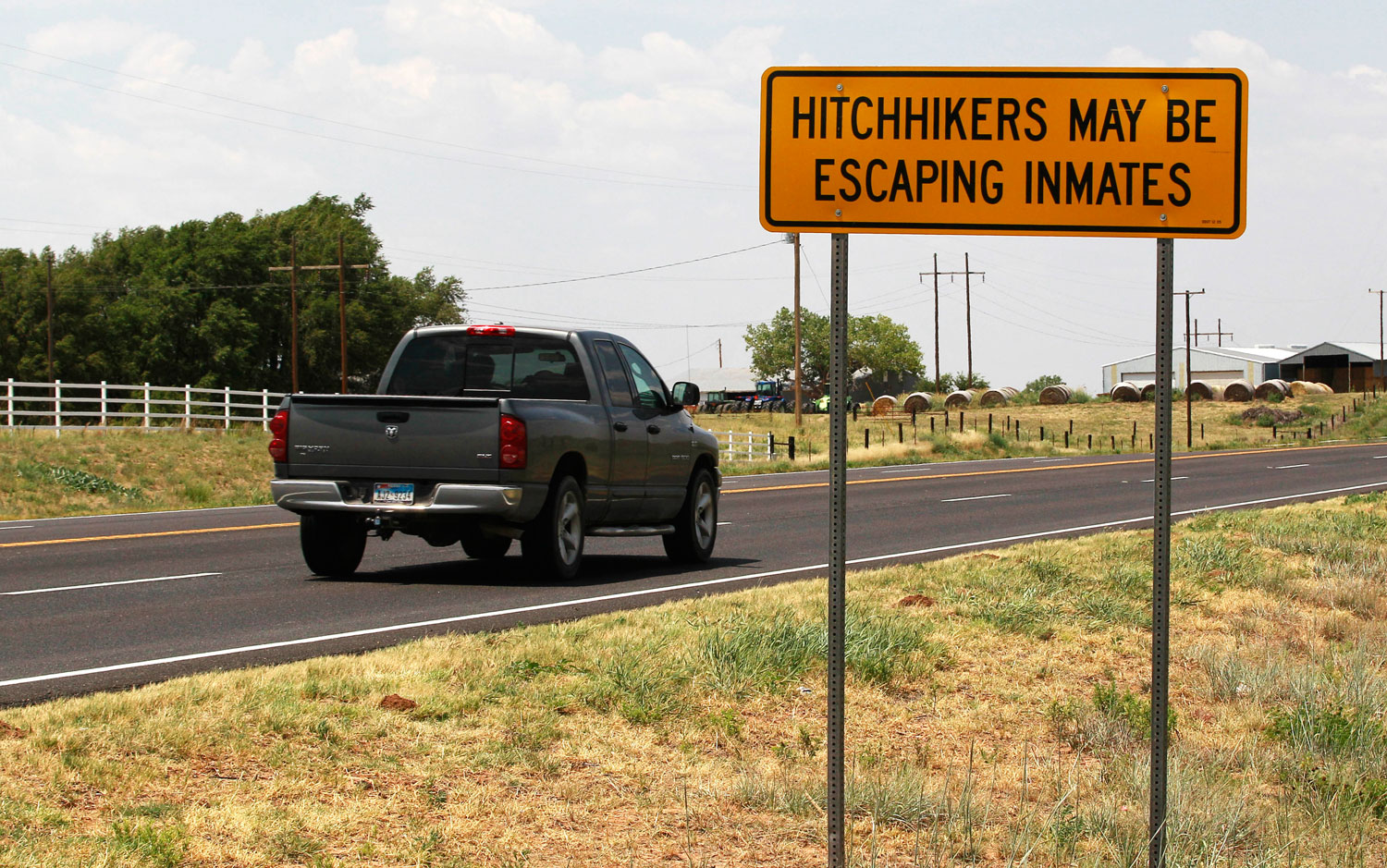 Bernard Baran died on September 1. Suddenly. A stroke perhaps, suffered while at home with his boyfriend and niece. Baran had had a short life of freedom. In the annals of sex panic, Volume 1984, the chapter on daycare child abuse madness, his name is not as well known as some. And yet he was the first daycare worker to be falsely accused, prosecuted, convicted and put away as a dangerous pervert. He was 18 years old when he came out of the closet in Pittsfield, Massachusetts; 19 when he was convicted; 19 when he suffered the first of dozens of rapes and physical assaults in prison; 41 when—thanks to the dedication of what would become the National Center for Reason and Justice (NCRJ), his lawyer John Swomley and a few journalists (notably Jim D’Entremont)—the court conceded that his prosecution had been a sham, and he was freed. That was in 2006.

Eight years to feel the rain, the grass, love’s embrace unshackled. Then it ended, at 49.

Baran was not truly vindicated when he died. Not in the eyes of the law, represented here by the Democrats’ foul hope for governor, Massachusetts Attorney General Martha Coakley. Coakley had a chance, in 2007, to acknowledge the state’s grievous wrong against Baran, call off the local prosecutor’s effort to throw him back behind bars, and grant compensation. Instead, Baran endured years of waiting until 2009, when a court again ruled for him; and years of lacerating negotiations for compensation before Coakley conceded a pittance for his twenty-three lost years. She refused to expunge his record, forcing him to seek redress again from the courts, which would have broken him.

Pause, then, in memory of Bernard Baran, a human man who survived with curiosity, gentleness and humor intact. Pause, too, to honor Bob Chatelle and his colleagues, who have expended decades resisting reckless prosecutions while supporting dozens of people wrongfully accused of sex offenses.

This is not, however, the moment to retell Baran’s story, which was ably reviewed here years ago by Katha Pollitt and is documented, with links to public records, at freebaran.org.

It is an inciting moment. At the crux of Baran’s tribulations is a hard truth, a moral and political catastrophe that exceeds his or any single case. It isn’t one weird time in history or one homophobic local prosecutor. It isn’t the national daycare hysteria that locked up so many innocents, or the disgraceful Martha Coakley, who inscribed her name among the enemies of justice by keeping Gerald Amirault imprisoned when the case against him and his Fells Acres family was demonstrably false. It isn’t, finally, even innocence affronted, for such is but an inevitable byproduct. It is the lust for prosecution, the clang of the prison door; and the liberal/progressive/feminist hand in enabling the police state and confusing punishment with justice.

Releasing the hand, extinguishing the lust, disabling that state, are the imperatives of our age. And any invocation of freedom or human rights or bodily integrity that does not also recognize this is hypocrisy.

“Police state?” I hear the objecting murmurs now. The spectacle of Ferguson, Missouri, ought to have scattered illusions about what lay beneath the scrim of placid life, but since most Nation readers are not black youth a hair trigger away from a police special or grenade launcher, it may be necessary to follow the wire linking Ferguson to swelling violence budgets and shriveled social ones, to “quality of life” policing and spatial control of the poor, to police-cordoned “free speech zones” and mass arrest of protesters, to the border “fence” and Border Patrol surge, to the “cleanup” of Times Square’s XXX underbelly for hypercorporatized, hyperpoliced space, to random police stops and dog sniffs, to random drug testing, to the ubiquity of surveillance cameras, to NSA snooping, to the $350 billion US security business, to TSA full body scans, to drug blimps, to asset forfeiture and consequent corruption, to immigrant detention, to “zero tolerance” at schools, to enhanced penalties for “hate crimes,” to sex-offender registries, to civil commitment, to torture as policy, to legalized discrimination, to legalized suspension of constitutional rights for ex-cons, to the redefinition of pimps as “traffickers” who (in California anyway) may be sentenced to life, to vice squad entrapment systems, to law upon law passed amid the clamor for safety, to… the gulag of prisons advertised along America’s highways, the captives most of us cannot see except weekends on MSNBC, the road signs warning against picking up hitchhikers who may be escapees, the statistic we all know—or maybe don’t—that about 7 million Americans are in prison, on probation or parole, roughly one out of every thirty-five adults.

Sex, or fear of it, has been almost as important in the construction of this nightmare state as racism. Just as the legal gains of the civil rights movement were blunted by LBJ’s Safe Streets Act and the incipient “war on drugs,” the sexual revolution and women’s liberation were short-circuited by serial sex panics, police power in loco mariti, Victims’ Rights as a mask for vengeance and the conception of the Sex Offender as a new, utterly damnable category of human being. It’s significant that the police state’s expansion in the late 1960s–70s coincided not only with the blowing winds of freedom and conservative backlash but with the falling rate of profit. Twenty years on, with the welfare state exhausted, the punishment state found its greatest champion in Bill Clinton, whose neoliberal down escalator for the working class required a vast reserve army of unemployed. Capitalism needed the penitentiary. It always has. Old fears in new skins helped oil the machinery.

Clinton gave his violence program a twist of identity politics—enhanced penalties for violence against women, hate as an actionable emotion, child protection as a blanket for censorship and repression—but those who backed him were not simply gulled. For years before—and each side for its own reasons—some liberals had made common cause with some conservatives on policing sex. “Carceral feminists,” the subject of a fair amount of recent talk and scholarship on the roots of anti-trafficking campaigns, is an unlovely phrase, but it usefully denotes a social force that elided personal power with state power, eschewed the project of liberation—the goal of a radically different set of power relations—and took as its armor the victim’s mantle.

Now, so drilled are we in the language of crime and punishment that any skepticism about the central role of victims seems scandalous. It is an effort to recall that due-process rights belong to the accused. It is an effort to presume innocence of the accused, to see a trial as the opposite of a forum for the aggrieved, to acknowledge that the state is not free—under that crumpled thing the Constitution—to do whatever it takes to “get the bad guy,” and we are not free when it does. The people in Ferguson who want Officer Wilson behind bars now, yesterday, without benefit of trial, only seem to be the voice for justice. Having for so long been presumed the bad guys themselves, guilty as a community, they are live emblems of everything that is wrong with the Law & Order liberalism they echo.

Law in any case can achieve justice only narrowly. Recent efforts to scale back the drug war, to name its racist roots and pose alternatives to prison, are admirable. There is no political coherence, let alone honesty, though, in railing against the prison-industrial complex or the school-to-prison pipeline but then saying, Well, sex is different… when a 6-year-old is called a sexual harasser for stealing a kiss, and men in civil commitment have their dicks hooked to plethysmographs while forced to watch violent porn as “treatment,” and the sex-crime side of the prisoner supply chain shows no sign of slowing.

In the firmament of human capacities, sex is not different, not fundamentally: like life, it can be brutal. One should not have to affirm that brutality is bad to insist that justice demands something other than brutalism in return.