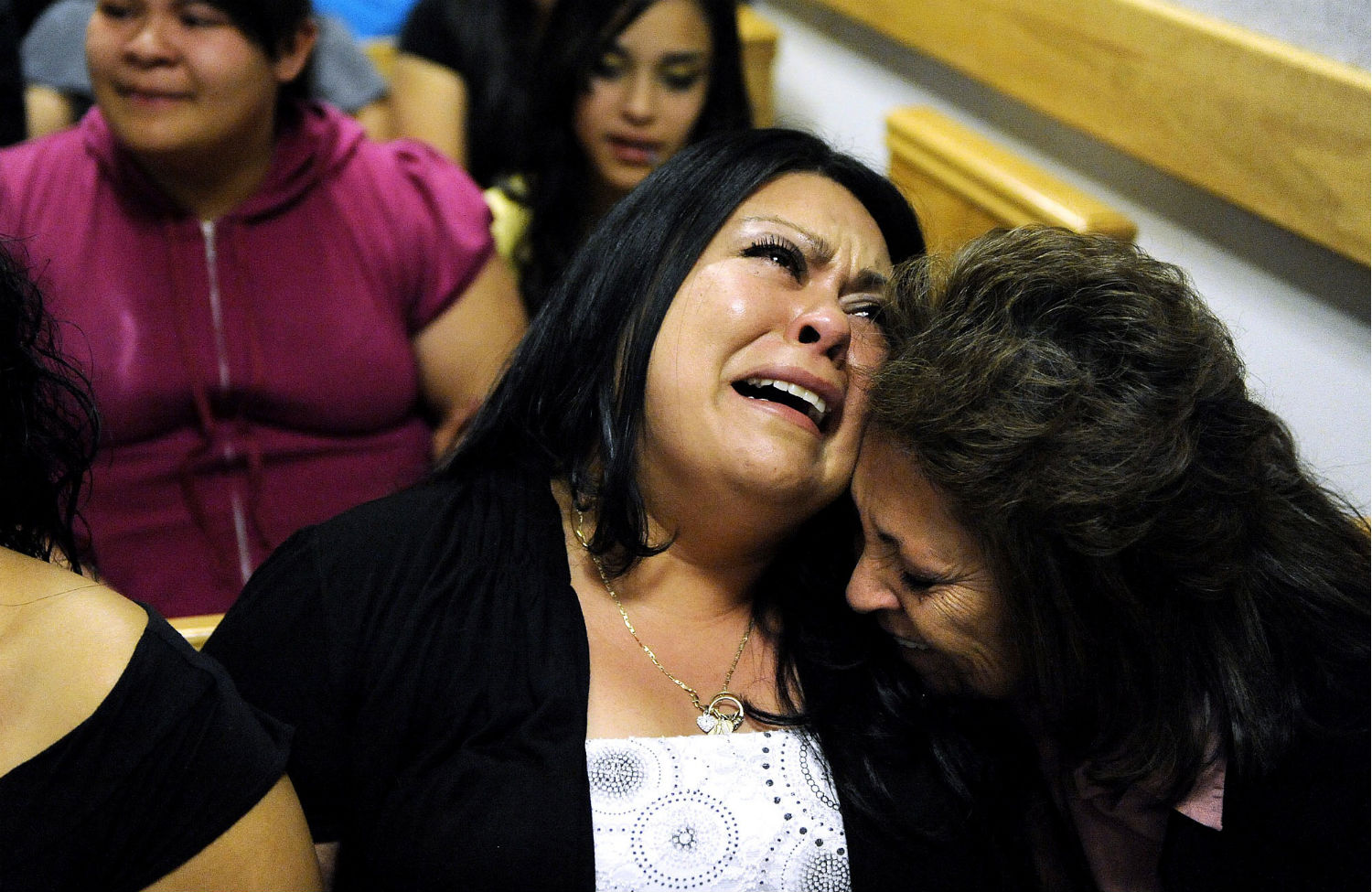 According to a nationwide study conducted by the Gay, Lesbian, and Straight Education Network (GLESN), 90 percent of LGBTQ students report hearing derogatory language or experience some type of verbal bullying, and more than 50 percent experience some kind of physical harassment or assault. LGBTQ students are five times more likely to cut class or skip school because they feel unsafe, while 28 percent will drop out of school altogether because of bullying. Lesbian, gay, bisexual and queer youth are five times more likely to attempt or commit suicide than their straight peers, while trans youth are nine times more likely.

In 2011 the “It Gets Better” campaign became a national phenomenon. Thousands of people—from celebrities like Lady Gaga to ordinary high school students—produced video messages of support for LGBTQ youth struggling with bullying. The decision of so many to show their solidarity with LGBTQ youth, and the way in which the “It Get’s Better” campaign helped catapult the issue of bullying and suicide into the national spotlight, is a major advance for the LGBTQ movement.

But we can’t leave the responsibility of ending anti-LGBTQ bullying and youth suicide on the shoulders of the victims. By telling LBGTQ youth who are experiencing violence and struggling with suicide that it’s their responsibility alone to overcome and survive these struggles, without also highlighting the many ways in which our education system, politicians and the government are systematically failing to address these problems, we run the risk of blaming the victims, and leaving the biggest bullies—politicians and school officials—off the hook. Message of support to LGBTQ youth are a beautiful sign of solidarity, but alone they are inadequate to deal with the depth and scale of the crisis at hand.

Creating schools that are safe places for LGBTQ youth and affirming to people across the sexual and gender spectrum requires addressing the problem on multiple levels. Being a teenager is tough enough. Being a gay teenager is even tougher. Having slurs like faggot hurled at you in the hallways, getting spat on after school, having your head bashed into a few lockers, and being forced to fend off upperclassmen who try to beat you up are just a few examples of what I had to put up with as a gay teen. Homophobia took it’s toll on me; in my early teens I struggled intensely with suicide, depression, and low self esteem. Thankfully, with the help and support of friends, family, and supportive LGBTQ youth organization, I got through it. These are the sorts of organziations that need to be supported. On a micro level, educators and student allies can play a role in making schools a welcoming space for LGBTQ students by calling out anti-LGBTQ bullying, taking time to discuss LGBTQ issues in the classroom, and supporting LGBTQ students when they work to address these problems.

At the same time, teachers and students are highly limited in their ability to make a difference in their schools and the lives of LGBTQ youth as long as school districts and state and federal agencies fail to take the necessary steps to address the problem on a structural, policy-wide level. While many school districts and states refuse to adequately address anti-LGBTQ bullying, some have adopted programs to address these problems but lack the resources necessary to seriously implement the far-reaching measures required. This is especially true for schools in lower income communities, which are disproportionality made up of students of color and lack the same resources as their wealthier, whiter suburban counterparts.

Given the pervasiveness of anti-LGBTQ bullying and youth suicide, far-reaching changes are required to make schools a safe and affirming place for LGBTQ youth. This includes measures such an LGBTQ-inclusive curriculum, sexual health classes that address LGBTQ issues, more on-site social workers and counselors, anti-bullying and suicide prevention educational programs for students and faculty, and the necessary funding required to adequately implement these programs. In addition to creating safe schools, community organizations such as BAGLY and FIERCE are also important to providing affirming and empowering outlets for LGBTQ youth.

Often, the problems of anti-LGBTQ bullying and suicide are narrowly discussed as a problem of insensitive bullies. Normally, punitive measures like suspensions, expulsions and, in some extreme cases, criminal prosecutions are the focus of solutions put forward by public officials. Generally, little help is offered to those who have been victimized and few policies that could transform the larger structural factors which allow bullying to flourish in the first place are ever even contemplated.

Ending anti-LGBTQ bullying and the damaging—even life-threatening—mental health issues it produces does not need to include increasing incarceration. Holding bullies accountable by requiring them to undergo LGBTQ educational programs and providing them with counseling does more to eliminate bullying and creating an LGBTQ-inclusive environment in schools than simply punishing perpetrators with suspensions or prison sentences. Transforming our schools has to be the aim of our efforts.

Only a decade or two ago, one would be hard-pressed to find more then a handful of politicians willing to address anti-LGBTQ bullying. But now, elected officials are talking publicly about these issues. Even President Barack Obama made an “It Gets Better” video. This sea change in official discourse is undoubtedly due to years of grassroots activism by parents, students and educators.

While many politicians are now quick to lend their support to issues such as gay marriage and anti-bullying campaigns, few are actually willing to seriously push for the necessary policy changes to address the range of problems affecting LGBTQ young people, in and outside of schools. Even the rare few who do, like Massachusetts Governor Deval Patrick, fail to allocate the necessary resources and funding to adequately deal with the problem.

Too often, the same Democratic politicians who are willing to speak at LGBTQ events, solicit LGBTQ votes, take LGBTQ donations and advocate for LGBTQ equality are the same officials complicit in cutting funding for the very programs that LGBTQ youth depend on. The lives of LGBTQ young people are not playthings to be tossed around for political capital. As people who want schools that are safe and affirming places for LGBTQ students and hope for a future where no young person will ever feel like death is a better option then living, we have a responsibility to hold politicians accountable to their rhetoric. We are best positioned to do this when we organize with others to build grassroots movements that are less concerned with befriending the political establishment and courting corporate sponsorship, and more focused on doing whatever it takes to pressure those in power to implement the wide-reaching changes required to end the range of problems facing queer youth once and for all.