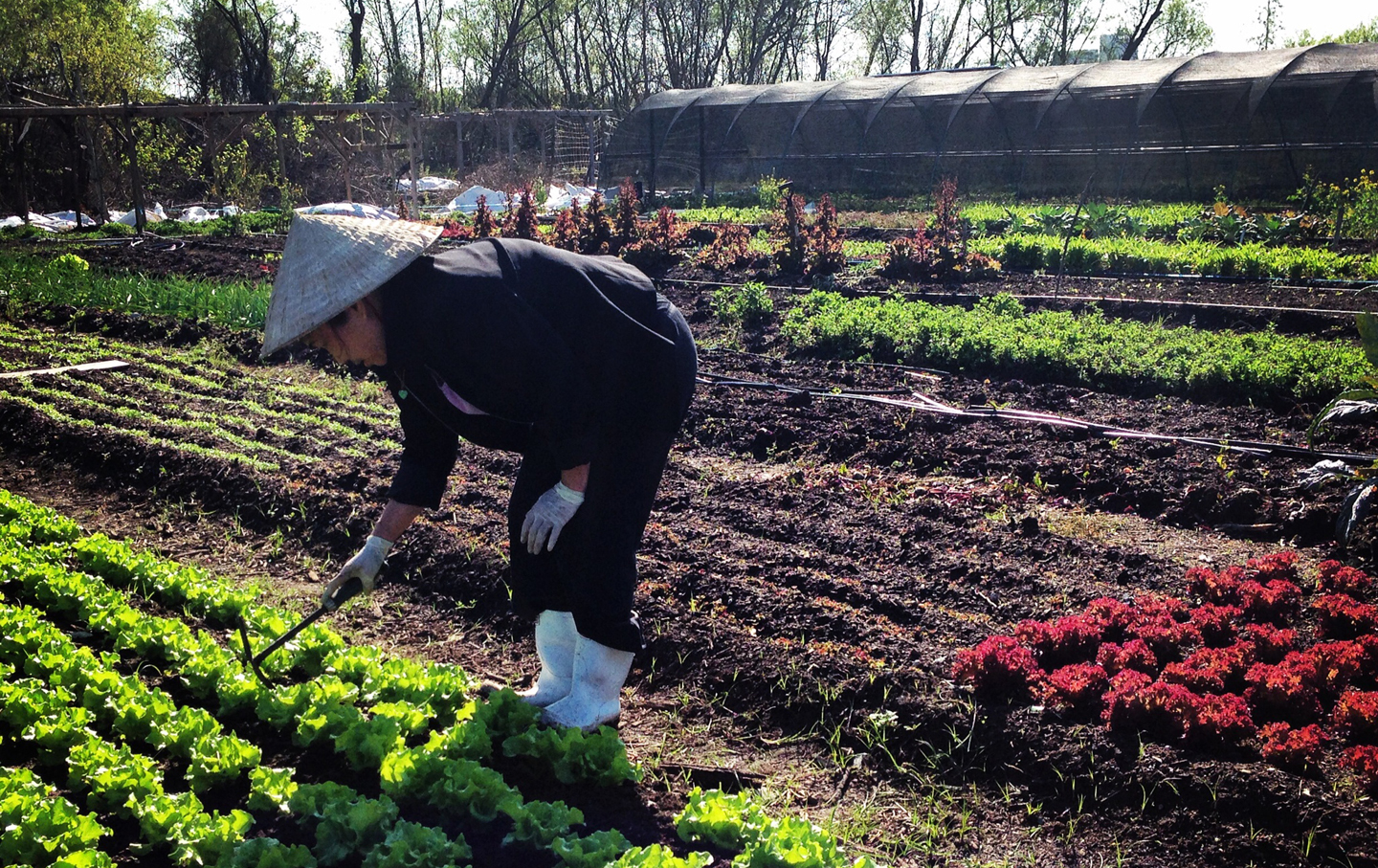 Autumn Tet passed quietly over the Big Easy last Sunday, and the city’s Vietnamese-Americans felt the good fortune of celebrating the moon festival in the adopted home they’ve fought relentlessly to hold onto.

The blood moon illuminated one of the “good news stories” of New Orleans’s post-Katrina narrative. The “rebound” of the Vietnamese refugee community that first settled in New Orleans East four decades ago. But the restoration of their neighborhood, Versailles, caps a cascade of disasters over the past decade: the storm, then the oil spill, then financial collapse—and that’s just the latest chapter in an epic saga of migrant survival.

According to researchers, regional population recovery has been uneven: A year after the storm, the return rate overall was merely 44 percent, with many of the area’s old residents too poor or traumatized to return. Yet the mostly Vietnamese-descendant Asian population reached “69 percent of its pre-Katrina levels by fall 2006,” and by spring 2007 surged to more than 90 percent.

But local activists will tell you their bounce back goes beyond “cultural” explanations for who sinks and who swims in the flood’s aftermath.

Although research suggests relatively low rates of post-traumatic stress in the community—suggesting a certain emotional resilience associated with the Asian-immigrant stereotype—the real story is more complicated. Despite lack of evidence of trauma, Daniel Nguyen, an organizer with Mary Queen of Vietnam Community Development Corporation (MQVCDC) says the storm still “shapes the hegemonic narrative of our current work and existence.”

And there’s work to be done. There remain critical infrastructure gaps, such as food insecurity, with a lack of local grocery stores, language barriers, and isolation from social-service institutions.

“Issues that we’re dealing with, Katrina didn’t create them,” Nguyen explains. “Katrina…exacerbated them to a breaking point, essentially, and it was for the first time, one of the few moments in New Orleans history where these issues were brought to light in the public eye.”

As socially driven disasters, both Katrina and the BP oil spill tested the bonds the community built up gradually while struggling against decades of institutionalized economic discrimination, racial alienation, and political disenfranchisement.

Post-storm surveys revealed that the community suffered devastating financial damage, with “More than one-half describ[ing] their losses as either severe or total destruction…. Yet despite this decline in the overall quality of life, nearly four-fifths… intended to remain in New Orleans.” But key differences that facilitated their homecoming weren’t fundamentally due to culture. Researchers concluded that returnees “were more likely to be married, more likely to own their homes, more likely to have dependent children,” and were mostly blue-collar workers, not affluent professionals. They were driven by social need and sentimental ties—things all communities share, though are not all equally able to realize, as a result of patterns of historical oppression and community displacement.

So the Versailles returnees are not so much “exceptional” as they are consistent with a struggle of communities across the city, questing for equity on a profoundly unequal landscape.

As Tang observes, New Orleans’s ethnic melange has always been churning (the creolization continues today amidst fresh post-storm Latino migration). Long before Katrina, blacks, and Asians were enmeshed in networked relationships between local businesses and working-class consumers—”small groceries, lunch counters, and gas stations”—changed hands across races through mutual dependency and entrepreneurial synergy (which enabled some development without the predatory gentrification seen in other cities, and in contrast to the stereotype of black-immigrant urban tension).

In the wake of the storm and BP spill, which ravaged the fishing industry, MQVCDC has created a farm cooperative designed to boost food security while cultivating specialized local markets for vegetables and soy products. Nguyen sees this as part of a food-system development strategy that offers former fishers an opportunity to preserve local entrepreneurial ethos and adapt to intensifying environmental and economic uncertainty.

Of course, cultural bonds aren’t irrelevant. But often, what we see as culture emerges from social interaction and historical evolution, not necessarily the other way around. As Karen Leong, Christopher Airriess, Wei Li, Angela Chia-Chen, and Verna Keith, wrote in a 2007 essay, the refugee enclave’s recovery reflects survival strategies forged across generations of war and oppression: “The Vietnamese American community in New Orleans East possesses social and cultural capital that is based on its members’ lived experience and historical memory.”

Resilience honed by cycles of displacement—war, migration, and climate disaster—has fueled a political reconstruction that Tang describes as “new forms of civic activism, including a burgeoning alliance with black neighbors.”

Against the model-minority narrative often used to paper over systemic bias, Nguyen warns, the community should “be very cognizant not to use it as a divide-and-conquer tool.” Suggesting that the Vietnamese community is innately exceptional often “washes away the contributions of the other folks in our community—the African-American community, the Latino community.” Besides, viewing culture in a vacuum ignores subtler differences—for example, Nguyen points to the the influence of the uniquely centralized Vietnamese Catholic church leadership.

And exceptionalism alone cannot transform communities. As an organizer, Nguyen sees promoting cross-ethnic solidarity as a benchmark of recovery. Since Katrina, he says, “there’s a lot of nonprofits in the area that are trying to work towards building more sustained, multiracial organizing component… something that really needed to be sustained post-Katrina, and still does need to be sustained to make the community… more unified and strong. Not only in preparation for other disasters, but just in general to build a community that is more inclusive.”

That’s what recovery looks like in a city that thrives despite and because of its divisions: not just building houses, but building trust. And that’s what solidarity looks like too.