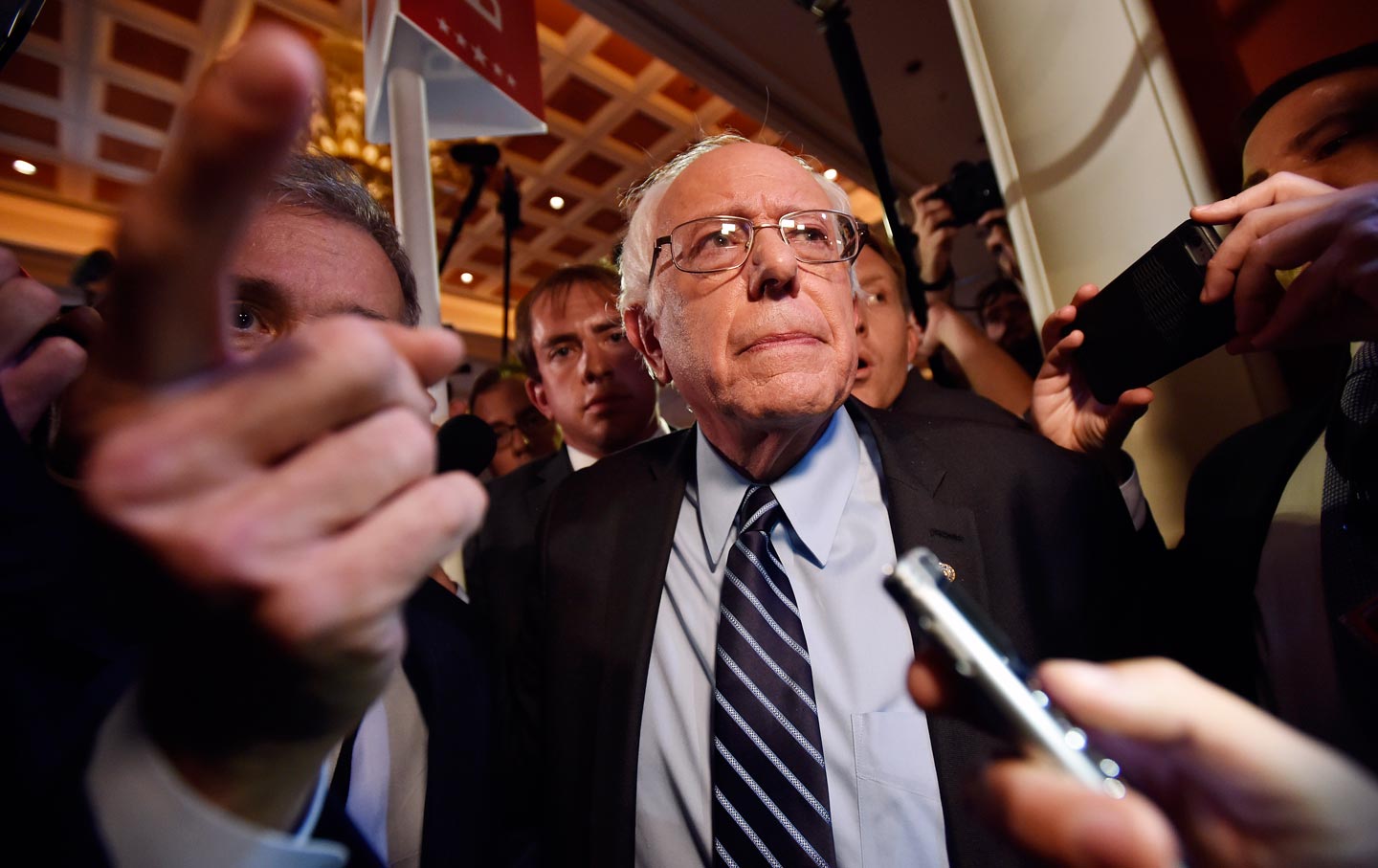 Congratulations on the tremendous success of your campaign. You have energized and inspired millions of Americans and forced the questions of economic inequality and excessive corporate power to the center of our political discourse. These are remarkable accomplishments.

So take the following advice as coming from an admirer. I urge you to reconsider how you respond to the inevitable questions about what you mean by democratic socialism and peaceful revolution. The next time, embrace our own American radical tradition. There’s nothing wrong with Denmark; we can learn a few things from them (and vice-versa). But most Americans don’t know or care much about Scandinavia. More importantly, your response inadvertently reinforces the idea that socialism is a foreign import. Instead, talk about our radical forebears here in the United States, for the most successful radicals have always spoken the language of American society and appealed to some of its deepest values.

You could begin with Tom Paine and other American revolutionaries who strove not simply for independence from Britain but to free the new nation from the social and economic inequalities of Europe. Embrace the tradition of abolitionists, black and white, men and women like William Lloyd Garrison, Frederick Douglass, and Abby Kelley, who, against overwhelming odds, broke through the conspiracy of silence of the two major parties on the issue of slavery and helped to create a public sentiment that led to Lincoln’s election and emancipation. (And don’t forget to mention that slaves represented by far the largest concentration of wealth in the United States on the eve of the Civil War, that slaveholders were the richest Americans of their time, and that nothing could be accomplished without confronting their economic and political power.) Refer to the long struggle for women’s rights, which demanded not only the vote but also equality for women in all realms of life and in doing so challenged some of the most powerful entrenched interests in the country.

You should mention the People’s Party, or Populists, and their Omaha platform of 1892, which describes a nation not unlike our own, with inequality rife and a political system in need of change, where “corruption dominates the ballot-box, the Legislatures, the Congress, and touches even the ermine of the bench…. [and] the fruits of the toil of millions are boldly stolen to build up colossal fortunes for a few.” Or what about the Progressive platform of 1912, for a party that nominated Theodore Roosevelt for president, which called, among other things, for strict limits on campaign contributions, universal health insurance, vigorous federal oversight of giant corporations and other measures that, over a century later, have yet to be realized.

Of course, every politician gives lip service to the idea of enhancing economic opportunity, but you have, rightly, emphasized that to secure this requires the active involvement of the federal government, not simply letting the free market work its supposed magic. Your antecedents include not just FDR’s New Deal but also his Second Bill of Rights of 1944, inspired by the era’s labor movement, which called for the government to guarantee to all Americans the rights to employment, education, medical care, a decent home, and other entitlements that are out of reach for too many today. You could point to A. Philip Randolph’s Freedom Budget of 1967, which asked the federal government to address the deep economic inequalities the civil-rights revolution had left untouched. But beyond these and other examples, the point is that the rights we enjoy today—civil, political, economic, social—are the result of struggles of the past, not gifts from on high. That’s what you mean when you say we need a citizens’ revolution.

As to socialism, the term today refers not to a blueprint for a future society but to the need to rein in the excesses of capitalism, evident all around us, to empower ordinary people in a political system verging on plutocracy, and to develop policies that make opportunity real for the millions of Americans for whom it is not. This is what it meant in the days of Eugene V. Debs, the great labor leader and Socialist candidate for president who won almost a million votes in 1912. Debs spoke the language of what he called “political equality and economic freedom.” But equally important, as Debs emphasized, socialism is as much a moral idea as an economic one—the conviction that vast inequalities of wealth, power, and opportunity are simply wrong and that ordinary people, using political power, can produce far-reaching change. It was Debs’s moral fervor as much as his specific program that made him beloved by millions of Americans.

Each generation of Americans had made its own contribution to an ongoing radical tradition, and you are following in their footsteps. So next time, forget about Denmark and talk about Paine, Douglass, FDR, and Debs as forebears of a movement that can make the United States a fairer, more equal, more just society.