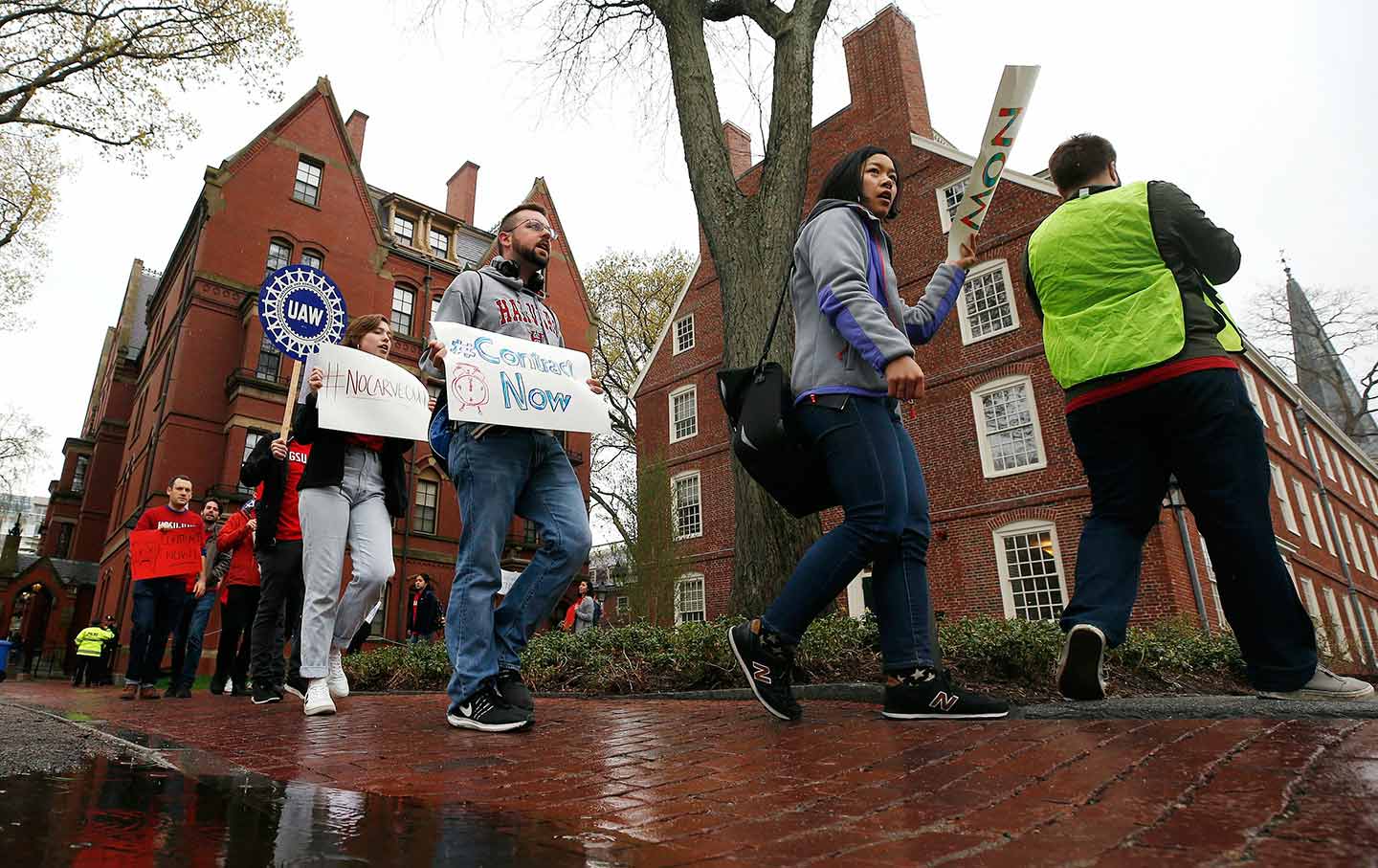 At Harvard University, where student workers are currently on strike for better pay, benefits, and protections against harassment and discrimination, university administrators have asked that faculty take an active role in reporting on striking student workers. This includes confirming work status and reporting the “impact” of the strike. Harvard administrators have justified this request by claiming that faculty are “management,” and that such policing of their own students falls under management responsibilities. Unfortunately, some faculty have followed this administrative direction to act as a willing arm of management during the strike.

The “faculty-as-management” argument, however, is wrong—and dangerous. We need to call out this specious claim for what it is: a tactic used by university administrations, spurred on by high-priced law firms, to suppress both faculty and student labor organizing. In the strongest possible terms, we encourage our colleagues at Harvard to refuse to follow this pernicious script. They should not report on striking student workers.

We are tenured professors and long-term labor activists at our respective universities. One of us is vice president and chief steward of the faculty union at the University of Illinois at Chicago (UIC), the other is president of the Loyola University Chicago chapter of the American Association of University Professors.

The legal foundation on which the “faculty-as-management” argument rests is the hugely problematic 1980 Supreme Court Yeshiva decision. The history of this case illustrates the cynical purposes to which university administrations have employed labor law. Tenure-track and tenured faculty members at a private institution, Yeshiva University, voted to unionize in 1976. The administration refused to bargain with the union, arguing that the faculty were “managerial employees” because of their control over academic matters such as curricular content, degree requirements, and academic programs. This meant the exclusion of Yeshiva faculty from the protections of the National Labor Relations Act, which obligates employers to negotiate in good faith with their employees’ unions. 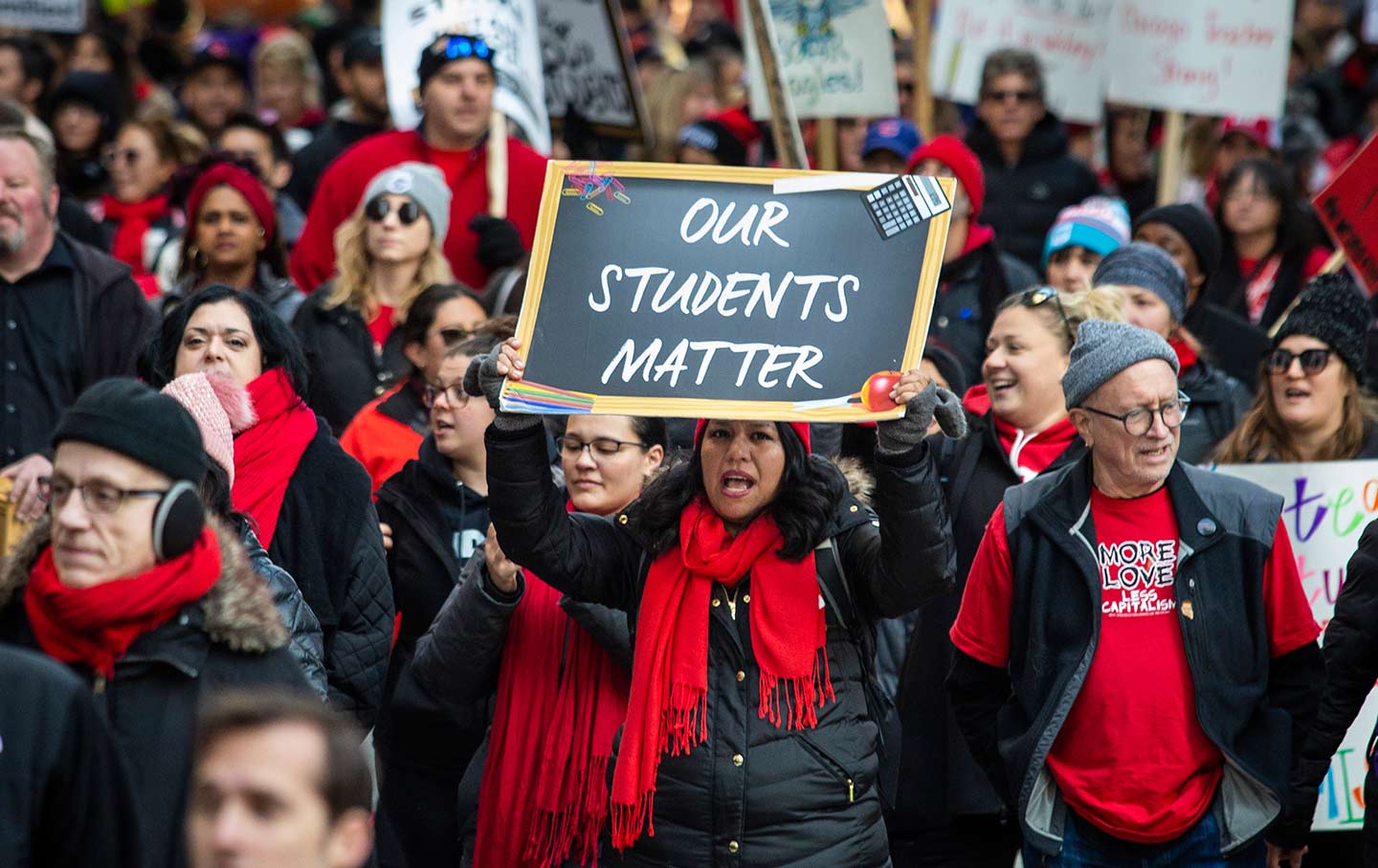 The Chicago Teachers Strike Was a Lesson in 21st-Century Organizing

What we don’t often remember is that the National Labor Relations Board (NLRB) rejected the administration’s argument. The NLRB took the side of the new union: that academic matters, such as decisions about teaching and research, are an inherent part of the academic profession, not “managerial” functions. Not willing to back down, the Yeshiva administration sued the NLRB. The Supreme Court narrowly affirmed the administration’s position that faculty were “managerial employees,” upholding the university’s efforts to stop faculty organizing and use the nation’s academics as corporate pawns. In the intervening decades, the Yeshiva decision has severely limited unionization efforts among faculty in the private sector, even as university administrations have become increasingly unilateral in their decision-making.

The nature of faculty unionization at public institutions, however, demonstrates the contradiction at the heart of the Yeshiva decision. At public universities, subject to state labor law, many faculty are unionized. At UIC, the idea that faculty are management has repeatedly been proven patently false. In a period of austerity, budget cuts, and the destruction of tenure-track faculty lines, our faculty union has had to fight against the administration on issues ranging from a living wage for non-tenure-track faculty to meaningful shared governance. We went on strike in 2014 and very nearly struck last year. During our graduate worker strike last year, the administration sought to use faculty to carry out the work of management. But we powerfully held the line against such abuse of our power.

At Loyola, a private Catholic university, tenure-stream faculty do not have a union, but we have vigorously pushed back against the administration’s numerous top-down decisions—including unilateral changes to health insurance coverage, reduced ESL instruction, cutting public access to our downtown museum, and their refusal to recognize our graduate student union or bargain in good faith with our non-tenure-track-faculty union. Similar to UIC, the Loyola administration mobilizes the “faculty-as-management” myth—with a dubious religious tinge—when they seek out help in suppressing the labor actions of student workers. 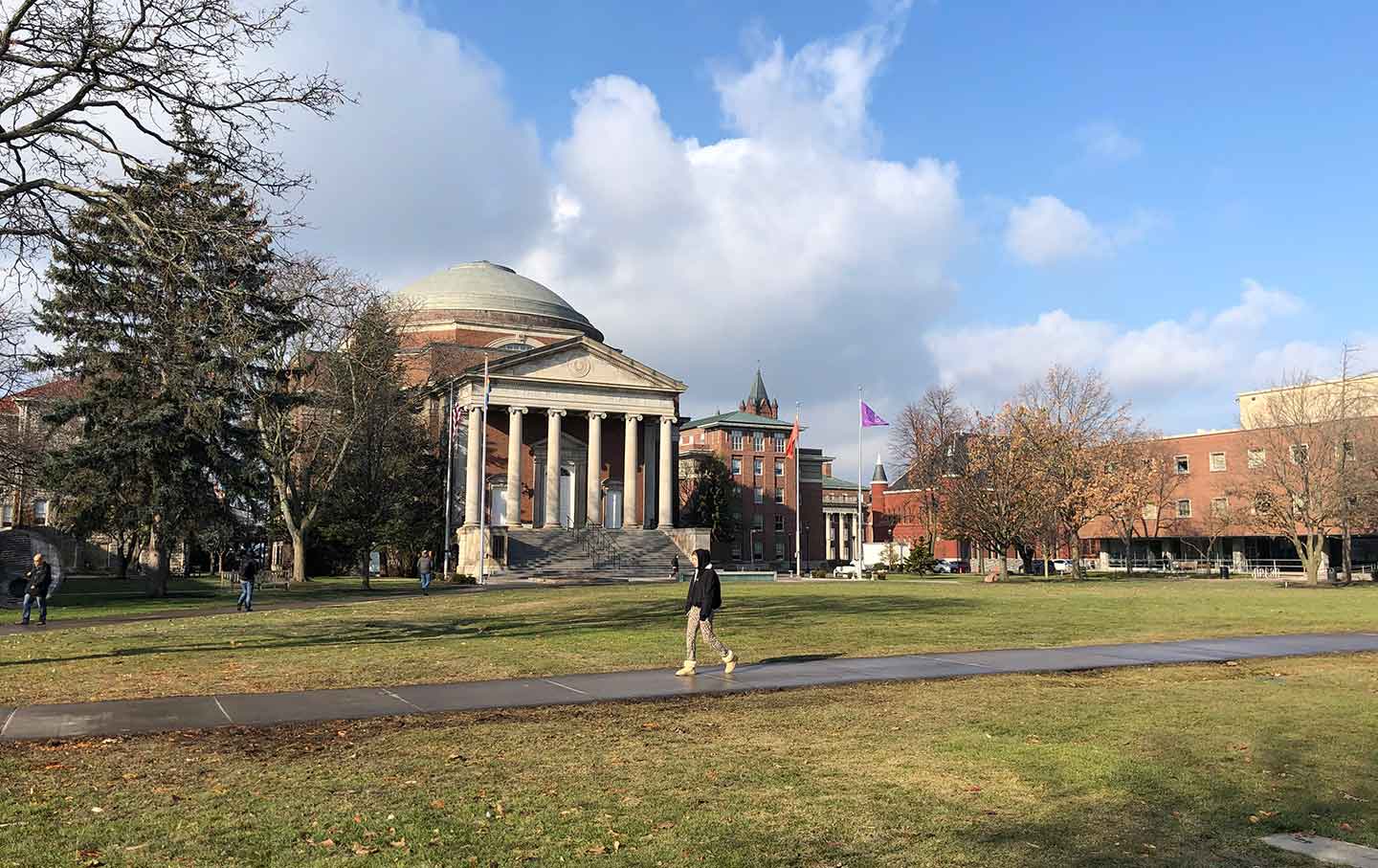 Faculty know that our interests align with those of our graduate and undergraduate student workers—now more than ever. We are fighting together for nothing less than the right to carry out the highest missions of higher education. As this growing movement of academic workers pushes back against the neoliberal university, our colleagues at Harvard have a genuine decision to make about which side they are on.

University administrations, and the anti-union lawyers whom they hire, will forever seek to use faculty to carry out their coordinated anti-labor imperatives. It is particularly incumbent upon tenured faculty, who have the most job security, to speak out against administrative overreach and blatant tactics of intimidation. To Harvard faculty: Understand that your interests align with your teaching and research assistants on the picket line. Reject administrative requests for information about students on strike. Be true to the loftiest ideals of a liberal education—and refuse to become tools against your own students.