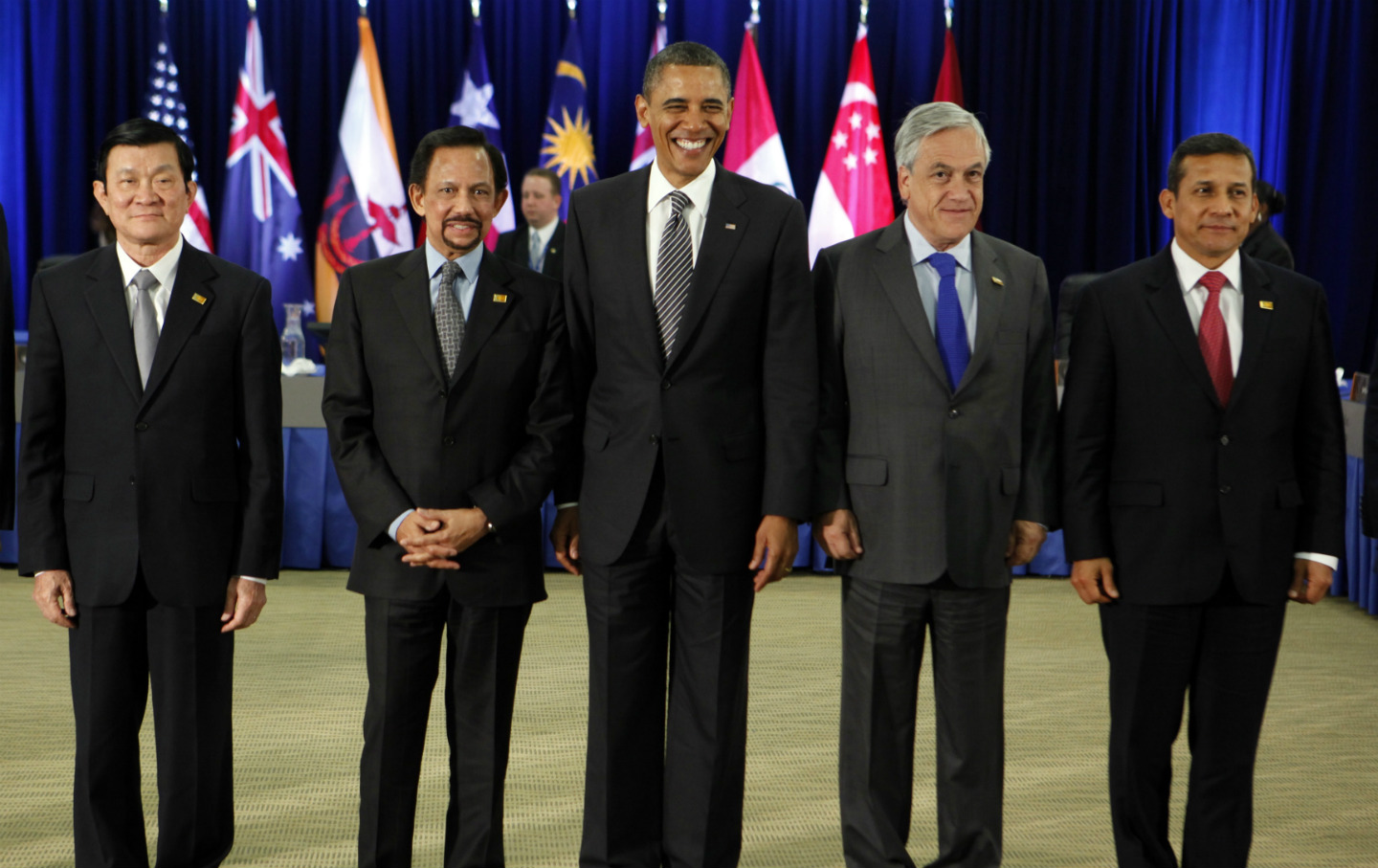 Free trade isn’t about trade. Free trade is about bureaucrats. And guns. Simple stories about how one country is good at making wine, and should trade with another country that is good at making cloth, explain very little about today’s trade agreements. Instead, agreements are about which bureaucrats make decisions about markets that operate between countries. Who has the power to settle international disputes between massive multinational corporations and the states they do business with? This issue, otherwise known as investor-state dispute settlement, is at the heart of the controversial Trans-Pacific Partnership (TPP) President Obama is seeking to sign with twelve Asia-Pacific region countries.

Investor-state dispute settlement is a method of private arbitration by which private companies operating in foreign countries can bring lawsuits if that country violates the terms of agreed-upon trade. It’s a core element of modern trade agreements. Senator Elizabeth Warren has warned about these agreements, and economist Joseph Stiglitz has argued that they “most seriously threaten democratic decision-making.” On the other hand, economists David Autor, David Dorn, and Gordon H. Hanson recently argued that “this mechanism would protect U.S. firms against predatory regulatory interventions by member governments. “

Let’s dig into an example. In 2011, Australia passed the Tobacco Plain Packaging Act 2011, designed “to discourage the use of tobacco products” by, among other things, requiring cigarette packages to have larger warnings, ugly colors, and no logos or advertisements. This act is clearly a “predatory intervention” against tobacco companies, designed explicitly to reduce their business in Australia by lowering smoking rates. As a result, Philip Morris Asia, a part of the American company Philip Morris International, is using an investor-state dispute settlement to stop enforcement and demand compensation, claiming this is a discriminatory “expropriation.” Instead of just the bureaucrats at the Australian government creating and administering rules for the selling of cigarettes, there’s an additional layer of international bureaucrats—positions created by trade agreements—who can overrule them.

Many people argue that this is corporate welfare, and it is. But it also goes deeper than that. This episode perfectly encapsulates the problem described by David Graeber in his new collection of essays, The Utopia of Rules. He argues that globalization now isn’t about technology leveling distances or speeding trade, but about piling private bureaucracies on top of public ones.

The Australian attorney general’s website has the play-by-play. The globalization story told by the documents on that site isn’t one of new products sweeping across the globe, but a level of bureaucratic paper-shuffling that approaches parody. The big headlines are everything from the exciting “In accordance with the timetable in Procedural Order No. 9, on 7 July 2014 Philip Morris Asia submitted its Counter-Memorial on Preliminary Objections” to the electrifying “On 26 August 2014 the tribunal issued Procedural Order No. 10, which provided a revised timetable up to the Hearing on Preliminary Objections.” Reading about it, you can almost picture the hapless clerk suffocating under reams of paperwork and forms.

But this isn’t just a new or bigger bureaucracy at work; it is a totally different type. Prior to the trade agreements that gave corporate investors these powers, the Australian democratic state had the final say in setting the terms for its economic markets, and those arguments had to be created by elected public officials held to some standard of transparency and public service. Democracy is messy and imperfect, but at least it demands some accountability.

Now the rules of the market are settled by a private tribunal, in this case run by the United Nations’ Permanent Court of Arbitration, with virtually no formal transparency. Philip Morris and Australia each hire a battery of lawyers to make their cases, in secret, before an organization accountable to no electorate. These bureaucratic organizations are far more accountable to the interest of corporate investors, and don’t have to balance their interests against those of public health or stability. Enforcement becomes even more detached from democratic norms as it is moved from the national level to the international one, administered by the international trade organizations that mix public and private interests.

There are many more examples like this. The Swedish energy company Vattenfall has sued Germany for billions over Germany’s decision, after the Fukushima disaster, to phase out nuclear energy. Canada’s drug patent laws are under assault by Eli Lilly, and the country’s efforts to promote local solar and wind energy, require energy research-and-development, and put a moratorium on fracking have been challenged or overturned by US energy interests through the NAFTA bureaucracy. As Naomi Klein argues in This Changes Everything, this is how international trade rules will make it harder to combat global warming. Relatively rare before the mid-1990s, the frequency of these cases is exploding, and there will be many more across the globe depending on whether the TPP is passed.

Every market has a bureaucrat to make and adjudicate the rules, as well as the power to deploy the violence necessary to enforce those rules. There’s simply no way around this problem, As the political scientist Henry Farrell recently wrote in a blockbuster essay, even the anarcho-capitalist dream of building a stateless trading website, Silk Road, fell apart over constant battles of information, trust, and enforcement. The libertarian creator, Ross Ulbricht, eventually found himself required to create bureaucratic rules for trading, and even trying to hire someone to kill those who broke them.

The goal for believers in democracy is to ground the bureaucracies governing international trade in democratic principles and accountability as much as possible. The secret, privatized bureaucracies hidden within free trade agreements like the TPP deploy the power of the state in corporate, rather than public, interests. They do not facilitate the distribution of goods, but the abrogation of democracy in choosing what is good for all.