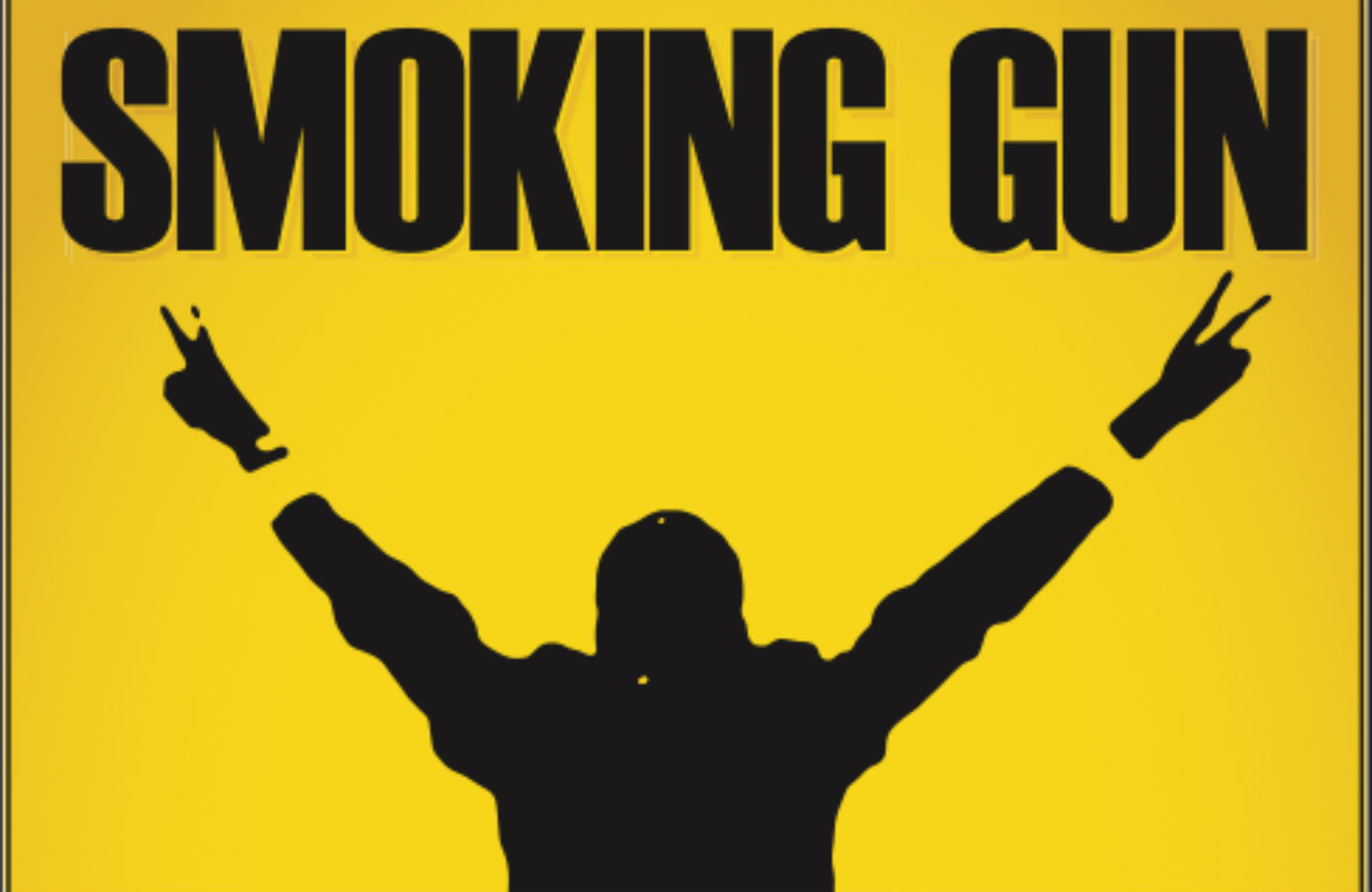 This is an excerpt from the new e-book Smoking Gun: The Nation on Watergate, a unique real-time history of the rise and fall of Richard Nixon and the consequences for American democracy. The book is now available in paperback as well as on tablets, smartphones and computers—download yours today.

In a 2013 television special, Louis C.K. drew a line between those Americans who had lived through Watergate and those who had not:

We saw the President of America cry and then quit being the President! That shit was crazy! ’Cause none of us knew what would happen next! Today people are like, “The President’s kinda disappointing.” Really? Our President wept—like an insane person—and then got in a helicopter [L.C.K. flashes the Nixon V-sign] and flew away! And the whole nation just watched him go.

At first glance, Watergate seems like one of those rare episodes in American history secure from the predatory embrace of nostalgia. Who longs for a time when an assortment of former CIA officials and anti-Castro Cubans working for the American President’s re-election engaged in a massive criminal effort to defame, discredit and destroy his political opponents? When the sworn executor of American laws believed they were inapplicable to his own actions? When people seriously debated whether the United States was at risk of a fascist takeover? Even Gerald Ford, Nixon’s successor, called it a “long national nightmare,” mere weeks before pardoning its villain and thus becoming one himself. Why wish a return?

“’Cause none of us knew what would happen next.”

“History,” Stephen Dedalus says in Ulysses, “is a nightmare from which I am trying to awake.” The same was true of the American public in the early 1970s, and the Nation articles reprinted in Smoking Gun are the record of that effort. In forty-one editorials, investigations and articles ranging over nearly sixty years, the collection aims to provide a uniquely grounded but reflective account of this pivotal moment in the American story—a moment which, to adapt the old song, we’ve forgotten to remember to forget.

Download
Smoking Gun: The Nation on Watergate
to read it instantly on your tablet, eReader, smartphone or computer.

Smoking Gun is divided into six parts. “The Prelude” begins with a review of Nixon’s famous “Checkers” speech during the 1952 campaign: lying, obfuscation, cheap appeal to patriotic emotion—it was right there from the beginning. The Nation headlined its editorial response, “A Handbook for Demagogues.” A 1959 essay by the late presidential scholar James MacGregor Burns wonders whether Nixon was immoral or merely amoral; a 1965 architecture review of the Watergate complex questions its backers’ claim that they had produced a new “power center of the Western world.”

Part Two, “The Break-In,” chronicles the immediate response to news that employees of the Committee to Re-elect the President (known as CREEP) were involved. It includes repeated pleas for the press and the American people to pay more attention to the scandal before the presidential election that November; it is tempting to think of how things might be different if they had. In “Gaudy Night at the Watergate,” from September 1972, Robert Sherrill—soon to appear on the Nixon administration’s “enemies list”—summarizes what was known about the “burglars” and their protectors, coyly employing German compound-nouns to illustrate George McGovern’s early observation that “this is the kind of thing you expect under a person like Hitler.”

In Part Three, “The Cover-Up,” Nation editor in chief Carey McWilliams unpacks the explosive revelations of spring 1973, including John Dean’s testimony about Nixon’s involvement, and the resignations of John Ehrlichman, H.R. Haldeman, Attorney General Richard Kleindienst and Dean. McWilliams lays out “The Case for Resignation,” and former Attorney General Ramsey Clark, in “Watergate: A Brush With Tyranny,” argues that under Nixon the Justice Department had been converted into a political machine. Former Senator Wayne Morse declares that the scandal’s “ugly disclosures of political corruption should awaken [Americans] to the reality that their government is being rapidly undermined by police-state techniques and procedures.”

Part Four, “The Showdown,” intertwines profound reflections on American democracy with real-time coverage of the battle over the White House tapes. Yale law professor Michael Reisman suggests in his August 1973 essay, “Response to an Insiders’ Coup d’Etat,” that one of the states ought to bring a lawsuit to the Supreme Court alleging that the 1972 presidential election was stolen and therefore void; new presidential elections would ensue. The article is a reminder of how frightened mainstream legal thinkers were about the fate of the Republic if the presidency remained in Nixon’s control. For many scary months, neither impeachment nor resignation seemed likely, or even possible. (“None of us knew what would happen next.”) In “The Hitler Analogy” that fear becomes more palpable. Herbert Levine, a scholar of the Third Reich, draws attention to its similarities with the United States in 1973 before concluding that a major component of fascism evidently wanting in Nixon was anti-Semitism. (Tapes released decades later, of course, would show that was decidedly not the case.)

The section continues with coverage of the Saturday Night Massacre of October 1973 and editorials arguing against “The Clamor for Resignation,” on the grounds that only an impeachment trial could force a thorough and public investigation of the truth. As the fight to release the tapes and the House Judiciary Committee’s impeachment proceedings escalate in the spring and summer of 1974, The Nation excoriated “The Continuing Conspiracy” and “The Huckster President.” When the Supreme Court finally ruled against Nixon in late July and forced the release of the tapes, including the conclusive “smoking gun” demonstrating Nixon’s involvement in the cover-up from the very beginning, it appeared there was no way he could remain in office. The Judiciary Committee voted in favor of impeachment, and conviction seemed certain. The Nation’s editorial, “Nixon’s Sick Confession,” went to press in the days between the release of the “smoking gun” on August 5 and his resignation announcement three days later. These were perhaps the most unsure days the Republic had faced since the Civil War; rumors abounded that Nixon would attempt a military coup. The editorial shows how close political apocalypse seemed before it suddenly dissipated and, with Nixon, flew away.

The concluding section of the book, “The Afterlife,” begins with outrage over Gerald Ford’s pardon of Nixon, including the editorial “But Who Will Pardon Ford?” It also contains a review by Robert Sherrill of Nixon’s mendacious memoir, RN, and the famous 1979 editorial “Behind the Nixon Pardon.” The piece quoted Ford’s forthcoming memoir—much too liberally for Ford’s publisher, Harper & Row, which sued The Nation. The case made it all the way to the Supreme Court, where the magazine, unjustly, lost. The section concludes with two dispatches, two decades apart, by Jon Wiener on how the Watergate story is told at the Nixon presidential library, a Nixon obituary from 1994 by The Nation’s then-new columnist Katha Pollitt, and an investigation from 2005, by David Corn and Jeff Goldberg, about how W. Mark Felt, newly revealed as the mysterious Woodward-Bernstein source “Deep Throat,” managed to evade detection as the prime leaker to the press of Watergate information.

Earlier this summer, the neocon provocateurs of the 2003 invasion of Iraq returned to their familiar berths in green rooms and on op-ed pages, banging the same old drums and blowing the same old fifes in service of the same old cause, with grayer hair but otherwise not much changed. They are the public officials my generation grew up distrusting: their lies led to the deaths of nearly 4,500 Americans and a half-million Iraqis, and the de facto establishment in recent months of just the kind of Mesopotamian terror state whose existence needed to be fabricated in the approach to war more than a decade ago. The phrase “high crimes and misdemeanors,” from the impeachment clause of the Constitution, scarcely rises to the level of understatement. But on the question of legal accountability for Bush and his deputies, everyone pretty much knew what would happen next: nothing at all.

Though comparisons of our current President with Nixon, or Benghazi with Watergate, are absurd insults to history, there is a sense that President Obama has been afforded a level of immunity that likely would have raised a blush to his predecessor’s formidable jowls. To recall that the phrase “the imperial presidency” was coined by Arthur M. Schlesinger Jr. not to describe the executive’s self-declared right to execute American citizens without the slightest gesture of respect to due process, but rather to the authorization of inept snooping missions against electoral opponents, to reflect on how Watergate might have ended quite differently had Nixon claimed such powers, is to arrive at a halting recognition of how the times they have a’changed, and not for the better.

Perusing The Nation’s writings on Watergate is an education, not only in how the scandal unfolded, giving the reader the impression of experiencing it in real time—which is entrancing enough—but also in what a watchful press and engaged civil society looks like. Smoking Gun is a demonstration of what it would mean to awaken from a political nightmare. The major scandal with Watergate, as The Nation showed at the time, was not the break-in itself; it was everything else. The whole Watergate saga was “smoking gun” proof for the old axiom that power is abused in direct proportion to how absolutely it is possessed. Louis C.K.’s bit was predicated on the strangeness of the image of power finally called to account; that shit must have been crazy, indeed. But that four decades later it should still seem such an anomaly is more than “kinda disappointing.”

Nixon’s successors have been expanding the powers of the presidency for four decades now. Smoking Gun is a thrilling history, but it is also a user’s manual for how a democratic society under threat can wake up and take those powers back.

Download the new e-book Smoking Gun: The Nation on Watergate, a unique real-time history of the rise and fall of Richard Nixon and the consequences for American democracy, to read it instantly on your tablet, e-reader, smartphone, or computer.