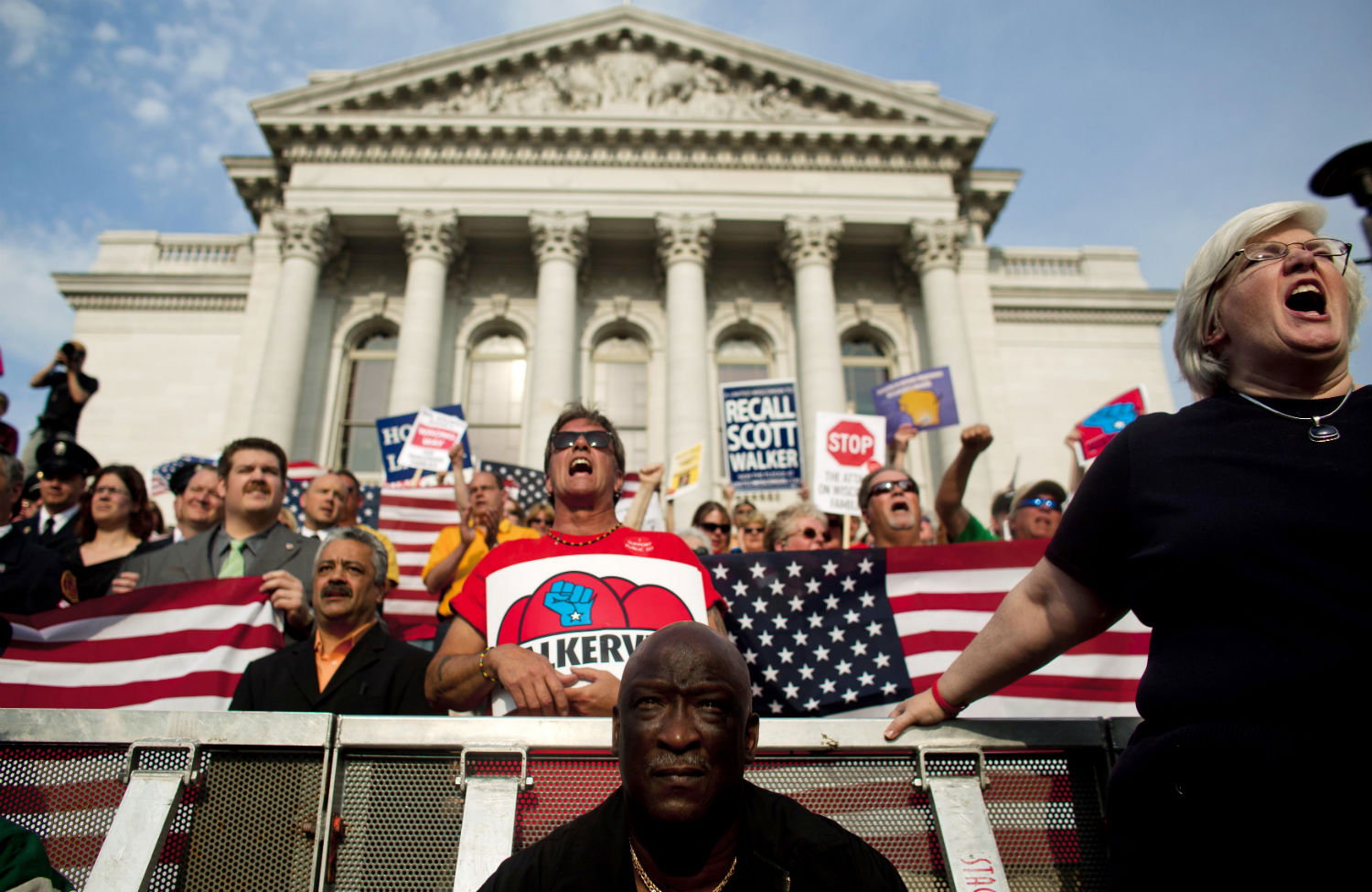 At 2:17 pm EST today, ESPN announced that LA Clippers owner Donald Sterling had been banned from the NBA for life for his racist remarks.

Seven minutes later, at 2:24 pm, the ACLU tweeted that a Wisconsin judge had struck down the state’s voter ID law because it disproportionately burdened black and Hispanic voters.

Both decisions were striking affirmations of Justice Sonia Sotomayor’s dissent last week, in a Michigan affirmative action case, that “race matters.” Sotomayor pointed to contemporary voter suppression efforts as an illustration of her defense.

Wisconsin federal district court Judge Lynn Adelman ruled today that the state’s voter ID law, which was temporarily enjoined in 2012, violated the Fourteenth Amendment and Section 2 of the Voting Rights Act. Judge Adelman found that 300,000 registered voters in Wisconsin, roughly 9 percent of registered voters, lacked the government-issued ID required by the state to cast a ballot. “To put this number in context,” Adelman wrote, “in 2010 the race for governor in Wisconsin was decided by 124,638 votes, and the race for United States Senator was decided by 105,041 votes. Thus, the number of registered voters who lack a qualifying ID is large enough to change the outcome of Wisconsin elections.”

Reading his opinion, it seemed as if Judge Adelman were directly addressing the “colorblind” ideology of Chief Justice John Roberts, who has argued that voting discrimination is largely a thing of the past and that consideration of race to remedy past discrimination is, in and of itself, discriminatory. “It’s not just these intentional, Donald Sterling-like acts that matter,” says Dale Ho, director of the ACLU’s voting rights project, which challenged the Wisconsin voter ID law. “It’s laws that reinforce existing patterns of inequality which themselves are related to broad patterns of discrimination.”

Adelman’s ruling is significant for at least three reasons:

1. It’s the most comprehensive opinion yet detailing the case against voter ID laws and the paucity of evidence to justify them.

2. It’s part of a broader trend striking down new voter restrictions—Wisconsin is the fifth state where voter ID laws have been invalidated in court. “These laws, when they get seriously tested, don’t survive in court,” says Ho. The Supreme Court upheld Indiana’s voter ID law in 2008, but since then legal and public skepticism of voter ID laws and related restrictions has increased considerably.

3. It’s the first time a voter ID law has been struck down under Section 2 of the Voting Rights Act or the federal Constitution. Other laws had previously been invalidated under state constitutions in Missouri, Arkansas and Pennsylvania or under Section 5 of the Voting Rights Act, which the Supreme Court gutted last year. Section 2 has traditionally been used to challenge “vote dilution” cases, like discriminatory redistricting plans, rather than “vote denial” efforts that prevent or obstruct minority voters from casting a ballot. But now, without Section 5, the Department of Justice is challenging voter ID laws in North Carolina and Texas under Section 2.

Judge Adelman argued that the state of Wisconsin presented no evidence of voter fraud to justify the burdens of the ID law. “The evidence at trial established that virtually no voter impersonation occurs in Wisconsin,” he wrote. “The defendants could not point to a single instance of known voter impersonation occurring in Wisconsin at any time in the recent past…. It is absolutely clear that Act 23 will prevent more legitimate votes from being cast than fraudulent votes.”

The problem in Wisconsin wasn’t only the large number of voters who lacked ID, but the Kafkaesque hurdles voters had to jump through to obtain the correct ID. The lead plaintiff in the case, 84-year-old Ruthelle Frank, began voting in 1948, but didn’t have a driver’s license or birth certificate and couldn’t get the state ID card needed to vote. According to the Milwaukee Journal-Sentinel:

Frank said she tried to get a state identification card last month at a Division of Motor Vehicles office but was rebuffed when she couldn’t produce a birth certificate. She did have a notarized baptism certificate, as well as a Social Security card, Medicare statement and a checkbook.

But she didn’t cry. She grew angry. And she called her local newspaper, the Wausau Daily Herald, which told her story.

According to the newspaper, a record of Frank’s birth does exist with the state register of deeds in Madison. She could get a birth certificate for a fee, $20. But Frank said that fee amounted to a poll tax.

There’s another problem. Frank’s maiden name of Wedepohl was misspelled by the physician who attended her home birth. To get the birth certificate amended, she could petition the court, a process that could take several weeks and cost at least $200, the newspaper said.

These horror stories have been told over and over in Wisconsin, a place that voting rights activists now call “the Selma of the North.” According to Judge Adelman, “seven of the witnesses who testified about their own lack of a qualifying ID stated that it was the lack of a birth certificate that was preventing them from obtaining an ID.”

Ironically, the negative impact of voter ID laws has undermined the purported rationale of their sponsors: to protect the integrity of US elections. “Perhaps the reason why photo ID requirements have no effect on confidence or trust in the electoral process is that such laws undermine the public’s confidence in the electoral process as much as they promote it,” Adelman concluded.