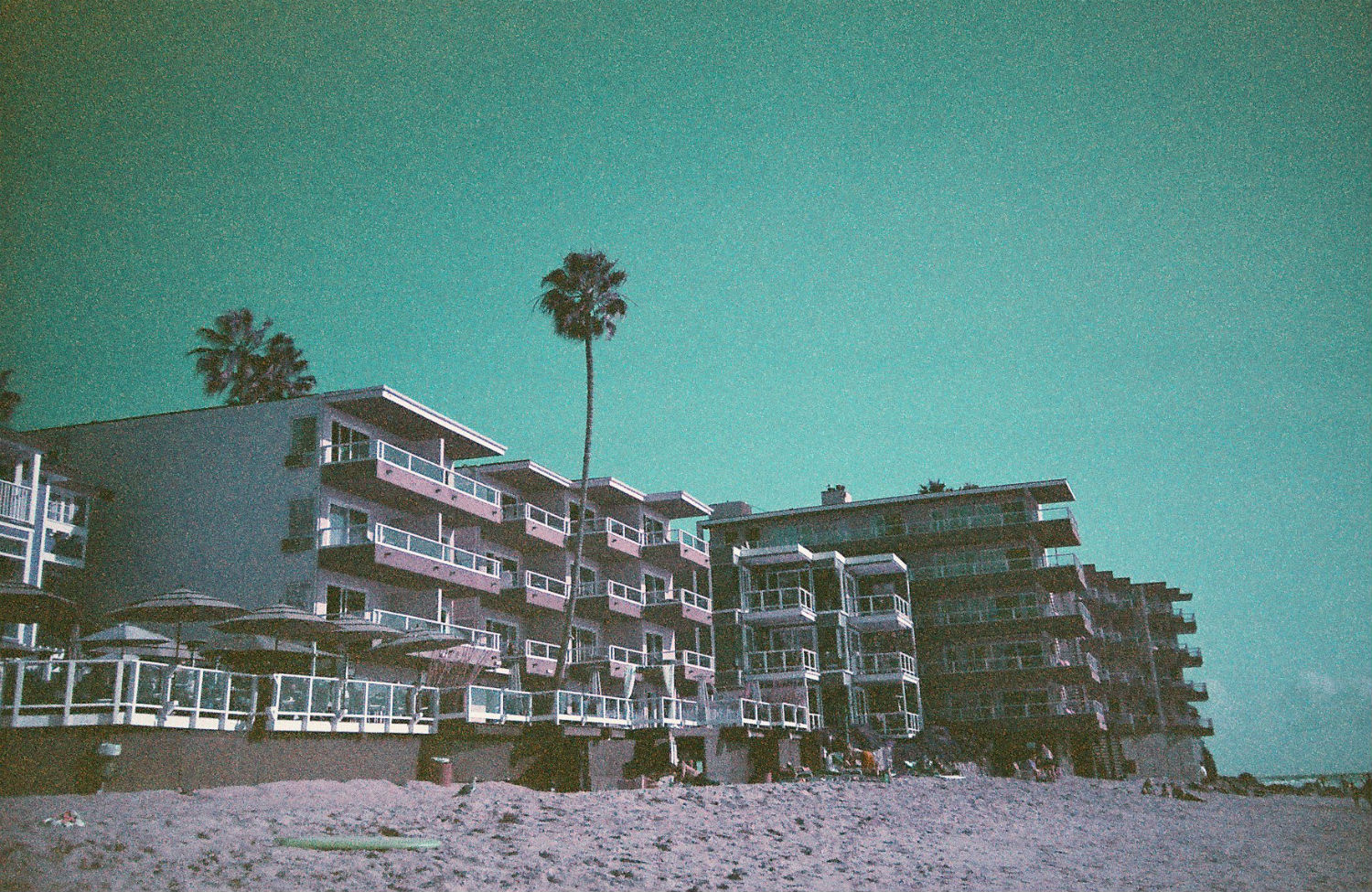 This week’s issue of The Nation is devoted to California: its politics, its economy, its climate. Though it has been published in New York City since its inception in 1865, The Nation has always kept one eye trained on the Left Coast.

This was especially true during the long editorial reign of Carey McWilliams (1955–75), one of the great chroniclers in California’s history. Among his works are Factories in the Field (1939), an unintentional non-fictional accompaniment to Steinbeck’s Grapes of Wrath, published the same year, and Southern California Country (1946), later the basis for Robert Towne’s Chinatown screenplay. Campaigning for the governorship in 1942, Earl Warren said his first act in office would be to fire McWilliams, then the state head of immigration and housing.

Some of the most interesting Nation articles about California were written for the two “These United States” series the magazine has run, first in the early 1920s and then in the early 2000s. Both series included contributions from the most prominent writers of the day on the states of their origin or residence, both have been published as books, both are true gems: dip into the first for W.E.B. Du Bois on Georgia, Theodore Dreiser on Indiana, Mencken on Maryland, Willa Cather on Nebraska, Edmund Wilson on New Jersey, Sherwood Anderson on Ohio, Sinclair Lewis on Minnesota; the second, edited by the late and great John Leonard, for Lee Siegel on Hawaii, Walter Kirn on Montana, Marshall Berman on New York City, Molly Ivins on Texas, Michael Tomasky on West Virginia, Annie Proulx on Wyoming.

To consider California in 1922 The Nation turned to one George P. West, a journalist and aide to Senator Hiram Johnson, a leader of the Progressive faction in Congress. (Johnson had been Theodore Roosevelt’s Bull Moose running mate in 1912.) In “California: The Prodigious,” West looked over the whole of the expansive state: “California lies wide and luminous and empty under the infinite blue between the high Sierra and the sea. Horizons are not miles but counties away, and between distant mountain sky-lines the land, lustrous and radiant in pastel shades of blue and green and golden brown, swims in warm sunlight.“

Describing the history of the settlement of the area, West offers this observation:

For northern Europeans made somber and stringent by a centuries-long struggle with obdurate soil and unfriendly climate to stumble upon such a land and discover it empty and waiting was in itself a dramatic episode in the life of the race. The people who call themselves Californians are not yet over their surprise. A sense of the prodigious abides with them. They are like children let loose in a new and wonderful nursery.

It long ago became a commonplace that California is not one state, but at least two. (An initiative to split California into six separate states, pushed by venture capitalist Tim Draper, will appear on the ballot later this year.) West acknowledged this tendency back in 1922: “Only the map-makers and politicians still think of California as an entity. In its human aspects it is sharply divided into north and south.”

is distinguished by its startling radiant women with their superb health and their daring color; by its swaggering working men; by its rowdy and disreputable politics, nourished by an underworld that remains institutional and arrogant in spite of prohibition; by the imminence of the sea and the life of ships; by its dozens of odd characters, past and present.

But Southern California was another story. Again, spinning a very selective history of the settlement of that region, West starts with that troublesome word:

It lay empty before them, except for a few negligible and benighted Spanish-Americans. Real estate speculators and health-seekers and the elderly retired came first. They were mostly New Englanders of modest savings, confirmed in their Puritanism by a generation or two of hard work and drab living in the Middle West. And they were not to be seduced by anything in the air of California or the ways of its shiftless caballeros. Among them there was no turning of backs on the familiar. They brought their household gods and all their mental baggage with them, and set them up in California without missing a prayer-meeting. They accepted the mountains and the sunshine as their due from God for being thrifty, Republican, Protestant, and American, but they did not neglect to give thanks regularly at the churches which they promptly erected. Most of their social life still centers about these churches, which remain amazingly untouched by any profane idea or discovery that has come into the world in the past hundred years.

“California,” West concluded, “like any youngster, is chiefly interesting for what it may become. As they go about the State and comprehend its natural resources, men of any imagination at all are able to foresee here a great society. Other States no older have already begun to ‘settle down,’ but here the seventy-five years of American occupation have made only a beginning.”

By the time Leonard began collecting essays for the second “These United States” series, it apparently became impossible to conceive of California as an “entity,” as West had written. It joined New York—split into the city and upstate in the 1920s, to which a chapter on Long Island was added in the 2000s—as a state divided. Rebecca Solnit took the northern half, celebrating the region’s indigenous radicalism and also scrutinizing the Bay Area’s gentrification, the extreme acceleration of which she has more recently examined in essays for The London Review of Books and elsewhere. (Solnit’s essay is in the book collection, but was not published in the magazine.) In her conclusion, Solnit tried to pinpoint what had for so long set San Francisco off as a bastion of the bohemian:

The city achieved a European density that allowed it to function as a true city rather than the amorphous, suburban diffusion of almost every other Western city in the United States, and thus it has a lively street life, civic and cultural life, public institutions, and nightlife. I’ve always thought we were the most radical city in the nation not because of our inherent virtue but because of our good fortune: who would demonstrate in a Chicago winter or Houston summer; where would you march to in Los Angeles or Phoenix and who would notice? Whereas eternally room-temperature San Francisco is full of boulevards connecting parks and plazas, full of places where it’s possible to be a member of the public acting in concert with your fellow citizens, an opportunity absent elsewhere. This is the anti-America America draws from in its eternal reinvention.

The southern half of the state was subjected to the loving, unforgiving treatment of Mike Davis, the activist and urban theorist whose City of Quartz: Excavating the Future in Los Angeles remains a classic in its many genres. In his essay, published in The Nation in April 2003, Davis specifically focused on the Inland Empire east of Los Angeles, consisting of Riverside and San Bernardino Counties, which Gabriel Thompson writes about in this week’s issue.

The Inland Empire, if gridlocked and addled by speed, also adds something positive to the balance sheet of civilization in Southern California. It may not have beaches, but it has the most democratic and racially mixed neighborhoods in the state…Unlike much of Los Angeles, where diversity is often the transitional artifact of ethnic replacement, the blue-collar interior a true rainbow. Affordable and, for once, racially unrestricted housing has attracted working-class whites following the eastward migration of warehouses and trucking companies, as well as African-American families trying to save their kids from the carnage of LA’s gang wars. Chicanos, more than a third of the population, follow in the footsteps of their grandparents, who toiled in the Inland Empire’s orchards and railroad shops.

Despite those attractions, the region, Davis wrote, remains horribly served by both infrastructure and political vision.

Without the rail infrastructure that weaves Greater New York together, and lacking any regional coordination of housing and employment, the outward expansion of Southern California—as urbanists have warned for a generation—becomes intolerably destructive of family life, community health, and the natural environment.

Yet it also seems unstoppable. Opinion surveys consistently confirm that Southern Californians’ hunger for affordable single-family homes remains insatiable, and that they are willing to endure truly purgatorial commutes to attain suburban heaven at the end of each workday. It matters, of course, that they have so few real alternatives to choose from. The celebrated “New Urban” vision of pedestrian-scale villages on light-rail lines has had negligible impact on local building culture. Regional planning, Southern California’s eternal will-o’-the-wisp, remains little more than the desperate race to add more lanes to a rapidly petrifying freeway system. This side of the apocalypse, at least, the future belongs to the desert suburbs and their simmering discontents. Greater LA’s deepest impulse is still infinity.

Thus California, in the twenty-first century as in the twentieth, brings these United States into the future while remaining stubbornly chained to the past.

Curious how we covered something? E-mail me at rkreitner@thenation.com. Subscribers to The Nation can access our fully searchable digital archive, which contains thousands of historic articles, essays and reviews, letters to the editor and editorials dating back to July 6, 1865.