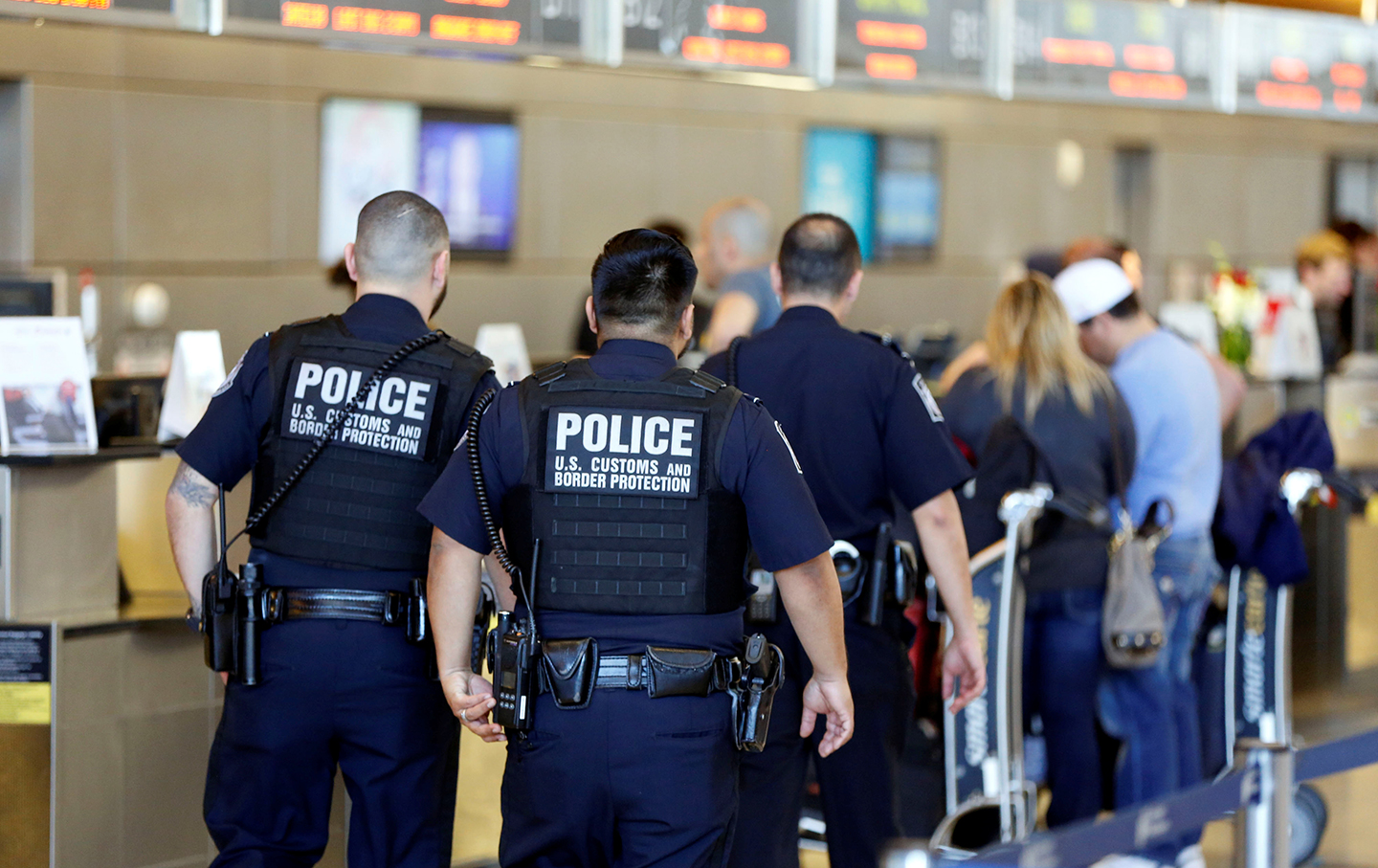 Officers with the US Customs and Border Protection walk past ticket counters during the travel ban at Los Angeles International Airport. (Reuters / Patrick T. Fallon)

Donald Trump’s seventh week in office opened with confusion about his accusation, via Twitter, that his phones had been tapped by President Obama. There’s no evidence that happened. But other things did, like the unveiling of a new executive order banning immigrants and travelers from six Muslim-majority countries, and a decision to send hundreds of American troops into Syria. 1

Here is everything you need to know about what the Trump administration did this past week.2

Instituted a new travel ban. After protests and legal challenges to his original set of restrictions on travelers from seven Muslim-majority countries, Trump rolled out a narrower executive order. The policy bans people from six countries—Iran, Libya, Somalia, Sudan, Syria, and Yemen—from immigrating or traveling to the United States for 90 days, exempting Iraqis, as well as green-card and current visa holders.  “But even with these key changes,” Julianne Hing explains, “Trump’s latest executive order is, in intention and function, the same as the administration’s first time around.” Democratic attorneys general in several states have already initiated legal challenges to the new order.3

Sent 400 Marines into Syria. The Pentagon announced Thursday that it was deploying 400 Marines into Syria, near Raqqa, to aid in the battle against ISIS. The deployment nearly doubles the amount of US troops in Syria, and the new deployments will reportedly fire artillery rounds at ISIS fighters in support of the local ground forces. This is an important shift in the US approach to Syria—under Obama, the military “mostly shied away from using conventional forces in Syria,” reported The Washington Post. The head of US Central Command also said this week that more US troops will likely be headed to Afghanistan. 4

Bombed Yemen more in a week than Obama did in a year. American pilots heavily bombed over 40 targets in Yemen this week, which is more American strikes than occurred in all of 2016. The Trump administration is clearly very quick to green-light military strikes, as opposed to the “slow-moving policy discussions” under Obama, Foreign Policy notes. “The expanded bombing in Yemen signals a more aggressive use of military force by the Trump administration against Islamist militant,” they write. The military also released the results of an investigation into the commando raid in Yakla, which killed a US service member in January. The report said only 12 civilians were killed, lower than what journalists and human-rights groups have estimated, and cleared the military of any wrongdoing. 5

Broke a federal rule about the jobs report. On Friday, Press Secretary Sean Spicer wrote on Twitter that the economy added 235,000 jobs in February, 22 minutes after the Bureau of Labor Statistics released the figures. In so doing, he violated the Office of Management and Budget’s Statistical Policy Directive No. 3, which forbids Executive Branch officials from commenting on the jobs numbers for one hour after they are released. It’s an obscure and potentially worthless rule, but a rule nonetheless, and far from the first this White House has casually violated. 6