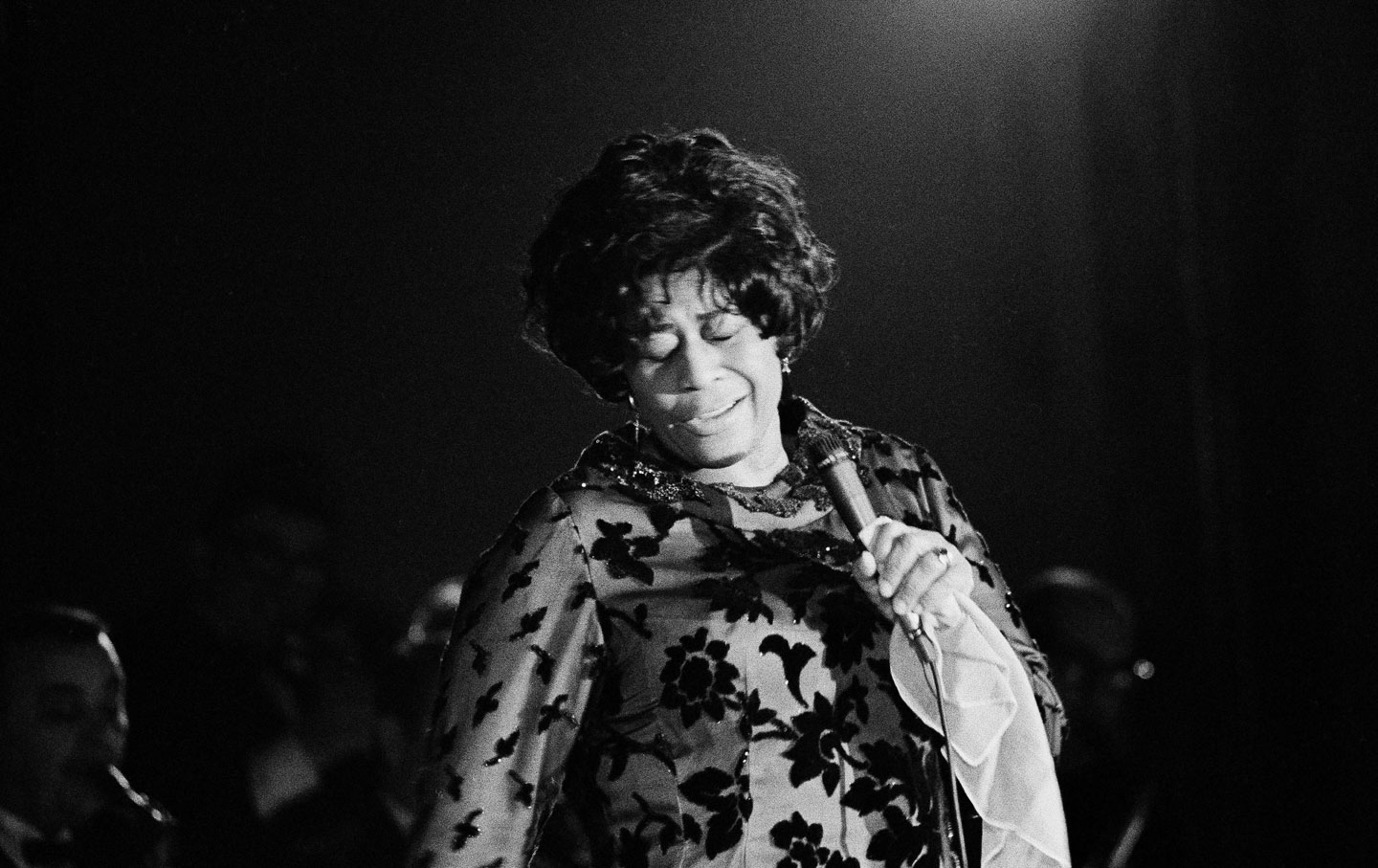 Few artists in the history of American music embody the ethos of classicism as well as Ella Fitzgerald. A century after her birth on April 25, 1917, and more than 20 years after her death on June 15, 1996, Fitzgerald endures in the public consciousness as an exemplar of the lasting power of well-crafted songs sung with skill and ardor. In the same year that a Nobel Laureate in Literature, Bob Dylan, has drawn renewed attention to the artfulness of the American popular standards by singing three full albums of the material in his latest release, Triplicate, Fitzgerald stands as the exemplar of what Dylan is trying to become, a master who did it for decades with surpassing, almost superhuman ability.1

Fitzgerald’s stature as a premier pop classicist is typically and accurately traced to the transformative series of “songbooks” of the works of 20th-century tunesmiths that Norman Granz, the head of Verve Records, had Fitzgerald record in the 1950s and early ’60s. By bringing together songs by the likes of Irving Berlin, the Gershwins, Cole Porter, Rodgers and Hart, Duke Ellington, Jerome Kern, and Harold Arlen in collections of recordings called songbooks, Granz simultaneously established the material as canon and redefined Fitzgerald, until then generally thought of one among many highly skilled pop vocalists, as a canonical figure. As Fitzgerald told the music writer John Rockwell in an interview 10 years before her death, “When Norman Granz and I began recording the ‘songbook’ series in the mid-’50s, it just seemed that more people began to like my singing.”2

There was never much not to like in Fitzgerald’s work. She was blessed with an extraordinary range of nearly three octaves (more than that, if one counts the falsetto she employed so deftly that it blended imperceptibly with her mid-range). Her intonation was flawless, as if there were Auto-Tune in her blood. She could mix her tones with ease, purring seductively, as she would do until her final years, or adding a bit of grit when she wanted. Trained in her teens as singer for one of the hardest-swinging dance bands, Chick Webb and His Orchestra, she had impeccable time—indeed, her early nickname was the “First Lady of Swing”—and a supremely sophisticated harmonic sense, which she demonstrated in now renowned scat solos that rivaled the improvisations of bebop masters such as her friend Dizzy Gillespie.3

It was through Webb that Fitzgerald learned to embrace an approach to music making that proves her to be, in fact, something more than a classicist. “He gave me the only advice I’ve ever needed,” Fitzgerald is reported to have said. “‘Honey,’ he told me, ‘in this business you’ve always got to get there the firstest with the mostest and the newest.’” In truth, during her long lifetime—from her first days with Chick Webb to her final concert at Radio City Music Hall in 1992—she was interested in the latest vogues in popular music and eager to experiment with new styles. She was, in life, as engaged with the new as she was driven by classicism.4

In her early years with the Chick Webb organization—at first serving as the group’s female singer and, upon Webb’s death in 1939, taking over as bandleader—there was never any doubt that her mission was to make pop hits, music designed to attract the greatest number of ballroom dancers and record buyers. Fitzgerald had a string of best-selling records with Webb: “Love and Kisses,” “(If You Can’t Sing It) You’ll Have to Swing It,” and “A-Tisket, A-Tasket,” which she co-wrote with Webb and recorded when she was only 20. Setting out as a solo artist in 1950, she worked in much the same mode, recording new pop-oriented material for Decca Records, often in collaboration with hit makers such as the Ink Spots and Louis Jordan.5

“A lot of singers think all they have to do is exercise their tonsils to get ahead. They refuse to look for new ideas and new outlets, so they fall by the wayside,” Fitzgerald once said. “I’m going to try to find out the new ideas before the others do.”6

When, alongside Norman Granz, Fitzgerald began mining the history of American popular music for the Songbook series, that itself was a new, virtually unprecedented, and nearly radical idea. The proposition that old hits and obscurities from musical theater, the movies, and jukeboxes were worthy of reconsideration was largely (but not solely) an invention of the Granz-Fitzgerald collaboration. It was classicism as innovation.7

A Blues for Albert Murray

Not Even Bing’s: On Louis Armstrong

After Granz sold Verve records to MGM, Fitzgerald recorded for several companies until Granz started up a new label, Pablo, named for his friend Picasso. Recording for Capitol and Reprise, Fitzgerald proved her extraordinary creative curiosity and flexibility. She recorded more than a dozen pop songs of the day, from Beatles tunes like “Got to Get You Into My Life” and “Savoy Truffle” to Motown hits like “Get Ready” and “Ooo Baby Baby” to hard rock like Cream’s “Sunshine of Your Love.” It was not unusual for singers from the pre-rock era to try out rock, of course; Frank Sinatra attempted to cash in on the ’60s dance craze with “Everybody’s Twistin’” and embarrassed himself with pandering renditions of “Mrs. Robinson” and “Winchester Cathedral.” Ella’s work in rock and pop of the ’60s was utterly unique for its credibility as rock and rock-era pop. Her “Get Ready” has all the jubilant fire of the Temptations version, and her version of “Sunshine of Your Love,” sung to a blaring big-band arrangement, is true, full-out, gutsy rock, untainted by a hint of posturing or discomfort with the material. She sings the fuck out of the song.8

In her final show at Radio City, in 1992, weak from illness and singing in a chair, she even tried a little rapping. I was in the audience, and I swear: She pulled it off.9

Fitzgerald’s detractors (not that there have been a great many of them) have sometimes called her singing superficial, and there’s some truth in this, though the charge is too sweeping. Her approach was so resolutely buoyant, her musical personality so sunny, that she could never quite do full justice to songs of heartbreak or melancholy in the manner of Billie Holiday or Sinatra. Fitzgerald was not a great blues singer; she was too cheerful for the blues. Nor was she constitutionally suited to the tony intellectualism of the artier songwriters, such as Alec Wilder and Fran Landesman. Still, it’s unfair to paint Fitzgerald too freely with the claim of superficiality. She did a great many things far better than most other singers.10