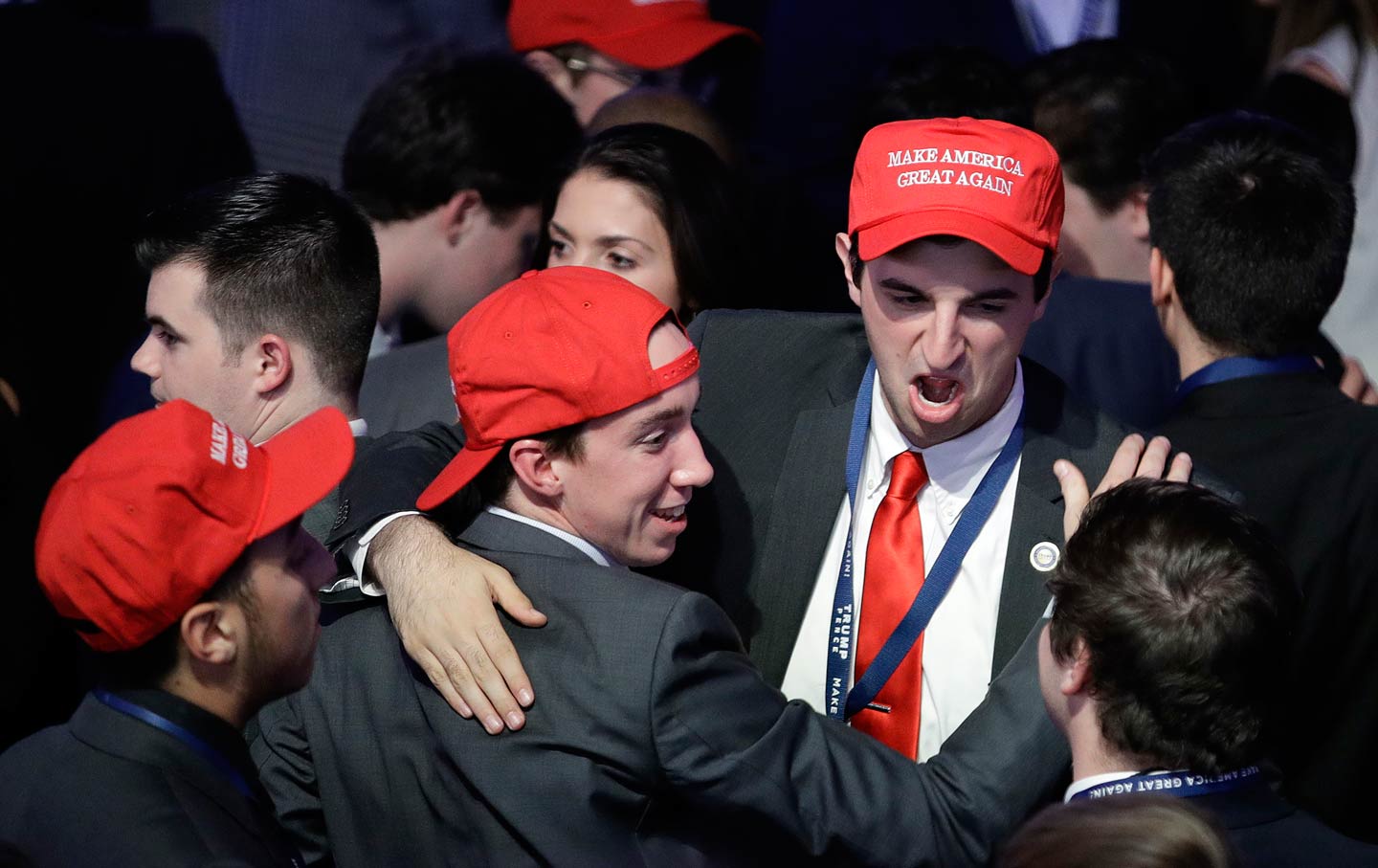 It’s a little hard not to be overtaken with despair.

The scandal-free class act President Barack Obama, who gave us the Affordable Care Act in all of its flawed glory, will leave the White House to the least qualified president in history, a petty, childish narcissist who is just as likely to use his high office to exact revenge on his perceived enemies as he is to fulfill his worst promises—building a wall along the Mexican border, imposing a religious test on immigrants, bringing stop-and-frisk back, and getting rid of most of the federal government.

The people who will be hurt most are obviously people of color, all women, and the poor. This includes poor white people, and their significance in this election has to be examined.

This election season has seen no shortage of tender, worried portraits of the white working class and its economic grievances. The white working class lives across the country, but is over-represented in the rural counties that went heavily for Trump, in swing states like North Carolina, Wisconsin, and Michigan, and in my home state of Arkansas and my current home state, Virginia.

But many among the elite conflate poverty with working-classness. Members of the working class, in this part of the world, make more money than their poor neighbors. They are the middle-class of their rural communities. While they could be doing better and surely struggle, it is their cultural identity that is important in this election. They think they work hard, and they think other people—their neighbors, immigrants, the African Americans in “inner cities”—do not.

For the most part, support for Clinton strongly correlated with income, and people who made below $50,000 voted for the Democrats. We don’t have those numbers broken down by race. But what we do know is that white people, across the board, voted heavily for Trump. Fifty-eight percent of whites voted for Trump, including 63 percent of white men. Non–college educated whites came out in force, but 49 percent of white college graduates voted for him, too, which means there are millions of women in the country who went through college and agreed to elect a man who said he would grab them by the pussy.

This election wasn’t about anguish. It was about identity.

If this were the anguished cry of people who were really suffering economically, we must ask why they voted to elect a man they believe to be a multi-billionaire from Manhattan, who’s already rumored to be ready to appoint a Goldman Sachs veteran as Treasury secretary. If anyone thinks Senator Bernie Sanders, Clinton’s Democratic-primary opponent, would have been able to take some of the economic anger-driven votes away from Trump, then I’m afraid they may have missed the anti-Semitic, alt-right connections to Trump’s campaign, and the way prominent Jewish journalists have been targeted all election season. This wasn’t about anguish. It was about identity. All of the rhetoric about taking “our country back” should put to rest any doubt on this.

Even when Trump spoke about jobs on the campaign, promising to bring them back on the specious claim that he knows about business, he was talking about a certain kind of job. He certainly wasn’t talking about jobs in teaching or social work, heavily female professions that will almost certainly suffer if he upholds his promises to gut the Department of Education and Department of Housing and Urban Development. He was evoking a certain kind of factory job, an old-school image of work that involves men wearing hard hats. Like so much else in his campaign, his promises were explicitly made to men, and white men, at that.

Trump won these white voters because they feel that, in the words of Wayne LaPierre last year, “eight years of one demographically-symbolic president is enough.” If they did have economic grievances in the Rust Belt, it means they blamed our first black president for policies they must have known were at least 30 years old—Ronald Reagan–era policies—because that’s how long it’s been since good factory jobs started leaving. It was an electorate that could not choose a competent, ambitious woman, who carried a burden no male politician has ever carried for the iniquitous crime of having a career full of ups and downs, of changing her opinion in the face of new evidence, and of being willing to compromise and negotiate.

Indeed, when these voters scream about the economy, when Trump appealed to them, over and over, by claiming that the government was wasting their money, a big part of that was the perception that government money was going to help African Americans, single mothers, and the white people in their neighborhoods they deemed lazy. Trump ally Roger Stone said in September, about his candidate’s appeal to black voters: “When you are trading your vote for a welfare check, yes, that is a form of slavery. Yes.”

They were voting against an economy they believed was giving women a step up. In July, David Frum, in The Atlantic, compiled all of the conversations and interviews he’d done with Trump voters into an anti-elite screed written from their perspective. “In our America, the gender gap closed a long time ago—and then went into reverse,” he wrote. “Obama in the Oval Office was humiliating enough. But Hillary will be worse: We’re going to lose any idea at all that leadership is a man’s job.” I looked into this and it isn’t true. Everywhere in the country, women do worse than men in both job-market participation and in salaries. If there’s a tiny pocket of the country where women do better than men, it is not large enough to measure or make even a tiny difference in what we do measure. What is true is that women had been gaining ground. Men in rural communities across the country are unable to perceive that as anything but a loss to their own advantages.

The Southern strategy worked, and Trump made its promises explicit. He will keep the interests of white men on top, no matter who else the country is populated with, and damn whatever rights they have. The fact that white women voted for him does not diminish this claim. It just shows how deeply sexism goes, and how much more important racial identification can be than gender. Anyone who says otherwise is just stretching to deny what the raw numbers show: Men were more likely to vote for Trump, and so were white people. The simplest explanation is the right one.

It’s the human toll this election will take that gets to me most. Maybe Trump won’t start deporting Muslims and Latinos. Maybe he will be bound by the rules of the institutions he now represents, although there’s no evidence he is the kind of person who follows any counsel other than that of his own uncontrolled id. Even under that scenario, which is the best case, the Republican Congress now has a mandate to enact the agenda of House Speaker Paul Ryan, a man who has promised to gut every last social safety-net program. (He compiled this agenda by ignoring math, while being praised as serious by Washington insiders who were in the thrall of a conservative talking about actual policy.) Every challenge we face as a country—climate change, inequality, homelessness, criminal-justice reform, even Trump’s favorite, terrorism—is made worse by a government that will systematically be robbed of its funding and effectiveness. I trust that those who thought there was no real difference between the mainstream Republican and Democratic parties will soon learn what those differences are.