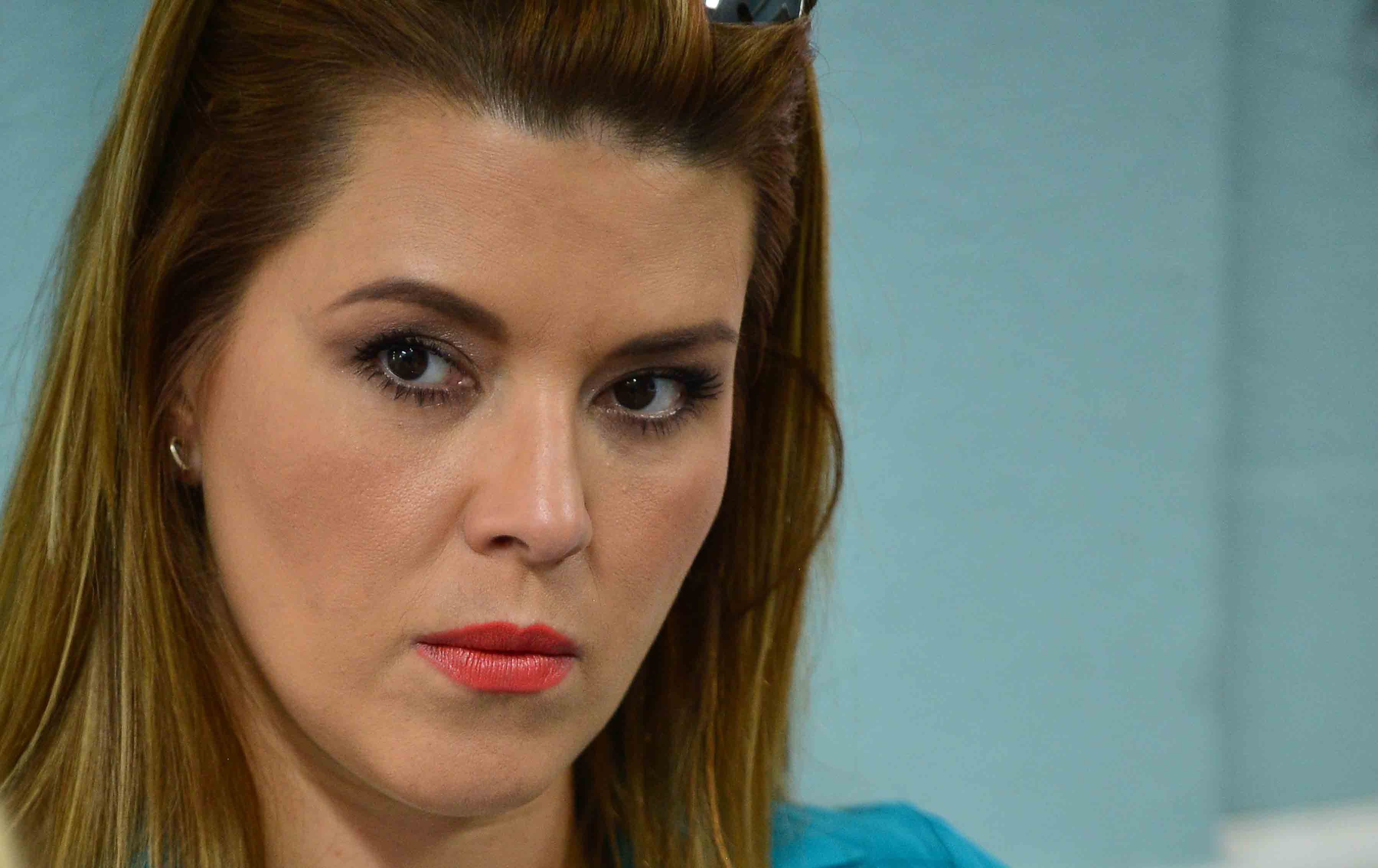 You’ve heard of the 3 am phone call, the one every presidential nominee must be prepared to answer ably. Now we have the 3 am tweet storm, where the would-be leader of the free world melts down at the temerity of mere women to challenge his political dominance.

Four days after his pathetic debate performance, Donald Trump is still digging himself deeper down the hole that Hillary Clinton dispatched him to on Monday night when she disclosed his racist and sexist treatment of former Miss Universe Alicia Machado. He didn’t deny Clinton’s claims that he’d fat-shamed his employee, calling her “Miss Piggy” and “Miss Housekeeping”; he essentially confirmed it, telling Fox and Friends the next morning that she’d gained weight and it was a problem for him. Then his allies began attacking Machado for rumors that she’d been involved in a murder plot—she was never charged, with anything—and in the porn trade. The story’s latest twist is Trump’s meltdown in the wee small hours of Friday morning, attacking both Clinton and Machado on Twitter, and urging his 11 million followers to look at a “sextape” of Machado (one that Snopes.com says doesn’t actually exist).

We already know the Trump phenomenon channels the tremendous and tragic backlash to the advancements of women and people of color in the last few decades. The folks in those “Make America Great Again” hats are almost always white and usually male. They are in thrall to a reassuring story that restores men to the head of society and whites to their central, superior place. Sure, there’s a strain of economic anxiety that reflects troubling economic trends for the white working class over the last 40 years. But Trump is also relying on male anger at female advancement. His serial adultery and his swaggering misogyny are key to his appeal to some older white men.

But they’re appalling to women of every race and age group, who are coming to see Trump as the belittling boss and callow playboy who shames employees, wives, and daughters alike with cruel or crude comments about their appearance. The notion of a man who is clinically obese fat-shaming a beautiful but curvy young woman exemplifies the double standard that reduces women to their youth and beauty, but allows men (especially wealthy ones) a lifetime of presumed virility and social prestige.

Throughout her campaign against Trump, Clinton has tried to channel the backlash to the backlash, with ads featuring women reading Trump’s own sexist words, and maybe most affectingly, showing young girls looking at themselves in the mirror, as the GOP nominee’s sexist insults play in the background. The campaign clearly invited this latest clash with Trump over Machado—it had an ad featuring her story ready for release the morning after the debate. But I’m not sure anyone dreamed Trump would cooperate so willingly with their ploy.

Or maybe they did. It’s clear that Trump is coming undone by the notion that these two women—one “fat,” the other old, both past their sell date in the eyes of Trump and men like him—are not hiding somewhere in shame, maybe laboring quietly in the back office of one of his golf clubs where no one can see them, but out in the public square trying to bring him down. One is even beating him in the race for president, though the polls remain lamentably close.

With his campaign in free fall this week, Trump’s staffers are fighting—again—and sending mixed messages about whether his doubling down on Machado was a mistake (nominal campaign manager Kellyanne Conway admitted as much on The View; Newt Gingrich is backing his buddy). They also circulated talking points that urged surrogates to begin the lurid attacks on Bill Clinton’s infidelity Trump promised to launch earlier in the campaign.

“Mr. Trump has never treated women the way Hillary Clinton and her husband did when they actively worked to destroy Bill Clinton’s accusers,” the memo read, according to CNN. It prepares surrogates for questions about whether they’re blaming a wife for a husband’s bad behavior. “Are you blaming Hillary for Bill’s infidelities? No, however, she’s been an active participant in trying to destroy the women who has come forward with a claim,” they are told to say. But so far even the Clinton-unfriendly media isn’t convinced: They’re framing Trump’s desperate reliance on Bill Clinton’s behavior as, yes, “blaming Hillary for Bill’s infidelity.” This will enrage Trump even more.

A woman Trump once controlled, quite literally, is defying him publicly.

It’s no accident that three of Trump’s victims—Machado, the Khan family, and Judge Gonzalo Curiel—are not white. Hostility to minorities is the animating energy of the campaign. But the candidate’s derangement over Machado surpasses his prior breakdowns—for a good reason. A woman he once controlled, quite literally—making her exercise in front of the media, to prove she was taking his demands to lose weight seriously—is defying him publicly. Another woman, Hillary Clinton, refused to slink into obscurity after her husband humiliated her (last year Trump shared a fan’s tweet asking, “If Hillary Clinton can’t satisfy her husband what makes her think she can satisfy America?”) and is currently leading him in the race for the presidency.

As Trump reflexively lashes back at these two noncompliant women, millions of other women are seeing the sort of man who’s kept them back, on the job and sometimes at home, and they’re appalled. During a campaign in which she has occasionally struggled with a lack of enthusiasm, she is getting a great gift from her opponent. Women voters outnumber men, and Clinton is counting on most of them to want to humiliate a chronic humiliator—at the polls.