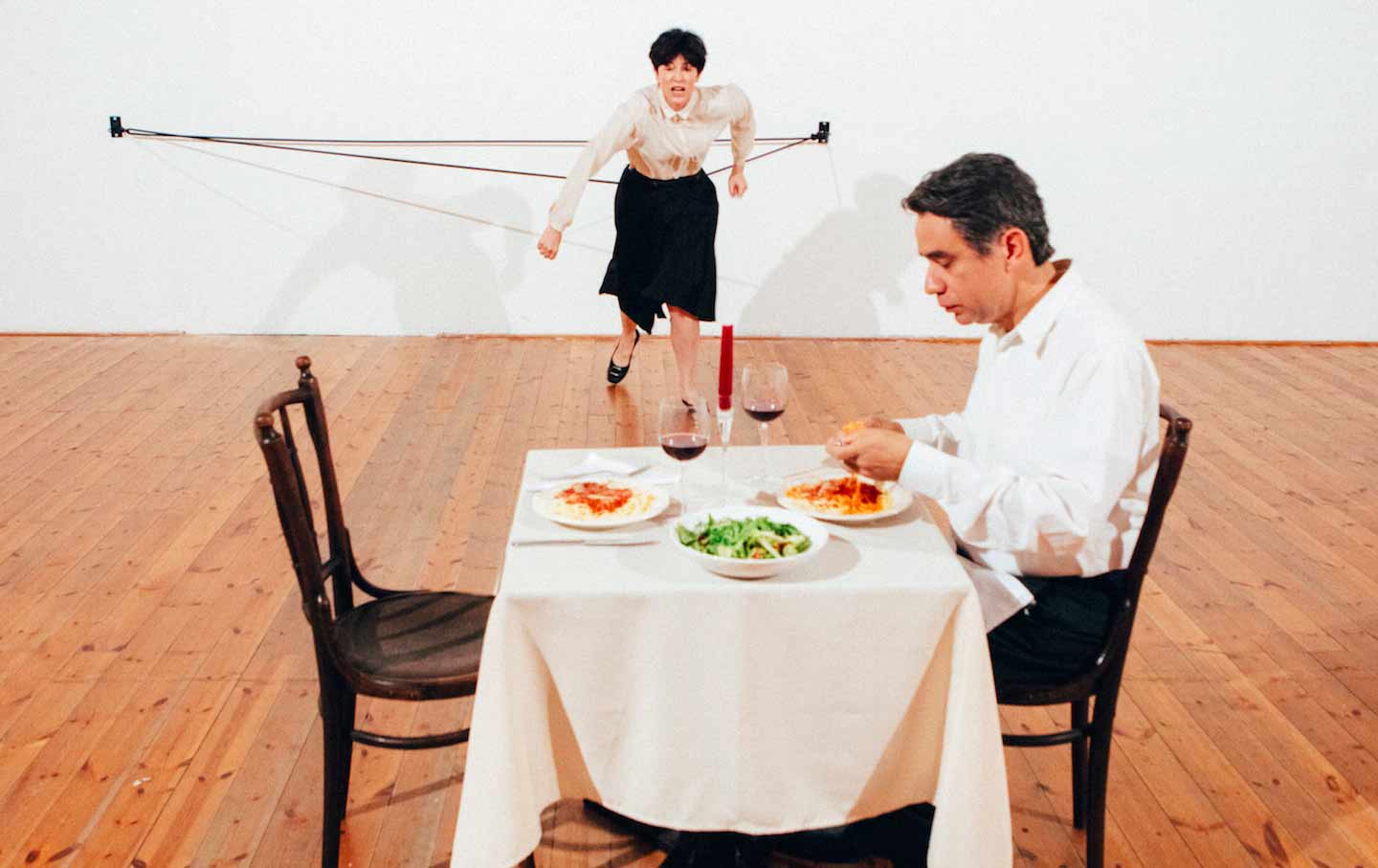 For a TV show, making it to a third season might not be a particularly impressive feat, but it certainly feels special that Documentary Now! has lasted this long. The IFC comedy (created by Fred Armisen, Bill Hader, Seth Meyers, and Rhys Thomas) has—unfortunately—never really cracked into the mainstream. But Documentary Now! is one of the best results of the so-called “Peak TV” boom, which has seen the networks racing to release more and more ambitious series and has opened up some space for those with oddball premises. (Indeed, IFC renewed Documentary Now! for a second and third season before the first had even premiered.)

The show has a modest, devoted fan base, but it also seems destined to linger on everyone else’s “to watch” list, buried beneath the hundreds of other options. And that’s a shame, because Documentary Now! is one of the smartest—and occasionally awe-inspiring—comedies out there, a show that’s able to skewer an entire genre of movies because it appreciates exactly how that genre works.

For those unfamiliar with the series’ basic premise, every episode of Documentary Now!—which is hosted by the British actress Helen Mirren, to give it added gravitas—is a meticulously detailed spoof of an actual, often celebrated documentary, a satire constructed from the top down. Hader’s and Armisen’s versatility carries the show as they wholly inhabit their characters—be it the ladies of Grey Gardens or the caricatures of James Carville and George Stephanopoulos in The War Room—and their studied performances nail every near-imperceptible tic and affectation of their chosen subjects. The verisimilitude of their acting is aided by the writers and directors, who have an obsessive knack for detail (using camera angles and filters to mimic the look of the original, or even staging an actual concert as a Talking Heads–inspired band), rewarding eagle-eyed viewers who are familiar with the original films.

Documentary Now! goes into its latest season with fairly high expectations: Not only were the first two seasons stellar, but the series hasn’t aired a new episode since 2016 (a small lifetime in TV years). And the third season certainly lives up to those expectations, perhaps even surpassing them in some episodes. The show’s premise could quickly grow tiresome if done incorrectly, but with season three, Documentary Now! continues its winning streak.

Take “Batsh*t Valley,” the season’s inaugural episode, a two-part sendup of Netflix’s popular Wild Wild Country. The Netflix series tells the story of the Rajneeshpuram community, a township built by followers of the cult leader Bhagwan Shree Rajneesh, and how it clashed with residents of the neighboring town. The story’s basic elements—fanatic devotion, amused small-town neighbors, sex, drugs, and violence—make it an easy target for Documentary Now!, but even the more predictable punchlines land, due to the sharp writing by Seth Meyers and a charming performance by Owen Wilson as the cult leader. “Batsh*t Valley” takes a silly, hyperbolic approach that highlights the ridiculousness (and pettiness) of the plot: A town meeting is held to discuss the community’s too-loud orgies; pink-eye is used as a mass weapon. Deploying the familiar mix of present-day interviews and (faux-)archival footage, the season premiere keeps it interesting by offering clever twists and turns throughout.

What’s notable about this season, compared with the past two, is that Armisen and Hader are no longer the constant stars (especially Hader, busy with HBO’s Barry), but this loss is a net gain for the program. Now, bigger names are swapped in—for example, Michael Keaton as an FBI agent in the premiere, or Michael C. Hall as a talented and dead-eyed bowler in a later episode—but these appearances don’t have the feel of Saturday Night Live’s host of the week; rather, each actor blends in so well that it never becomes a distraction. These guest turns do more than boost the series’ prestige and star power; they prove that the show doesn’t need to rely so heavily on Hader’s and Armisen’s on-screen presence, which will allow it to cast a wider net in the future.

Roseanne Tried to Use ‘Roseanne’ to Prove that Trump Voters Aren’t Racist. There Was Just 1 Problem.

Documentary Now! has usually skewed male-centric, but season three highlights more women performers. In “Original Cast Album: Co-op,” based on Original Cast Album: Company (the documentary that captured the notoriously taxing recording session of the Stephen Sondheim musical of the same name), Paula Pell shines in the Elaine Stritch role, determined to perfect her inane Sondheimesque number while becoming increasingly angry and exhausted. The entire episode is a standout, somehow appealing to both lovers and haters of musical theater, and the songs—especially a big number about decorating an apartment—manage to be infinitely catchy and hilarious at the same time. The success of “Co-op” showcases one of the interesting effects of the series as a whole: Each episode makes you want to revisit the original documentary.

The best episode (arguably) of the current season, “Waiting for the Artist,” is based on Marina Abramović: The Artist Is Present. Cate Blanchett is a natural in the role of the Abramović-inspired Izabella Barta, a capricious artist preparing for her career retrospective and reconciling with Dimo (Armisen), a collaborator with whom she’s had a tumultuous relationship. Blanchett channels Barta’s mix of ambition and anxiety with verve, whether she’s rehashing past pieces (in “Ein Tag, Ein Frankfurter,” she mourns the end of her relationship with Dimo by eating one hot dog a day—stoically and agonizingly slowly—every day for a year) or lying face down on the floor in defeat. But thanks to Documentary Now!’s approach of embracing the material that it so lovingly skewers, this isn’t a hot take on art-world excess, but one that dives surprisingly deep into Barta’s pain, culminating in a thrilling gag that might cast what you think of performance art (and maybe Abramović) in new light.

If there’s been one obstacle that Documentary Now! faces, it’s that the series is geared to a small, self-selecting audience: fans of serious nonfiction films. But it has also consistently proved that you needn’t be familiar with the originals to enjoy the episodes they’ve inspired. With that being said, Documentary Now! certainly does reward its niche audience: The episodes often fill me with a vague sense of nostalgia for my film courses in college, where we dissected movies (including a number of these documentaries) down to their bare bones. At the time, I occasionally worried that the process would result in my loving these movies less; Documentary Now! shows that it’s actually the opposite.