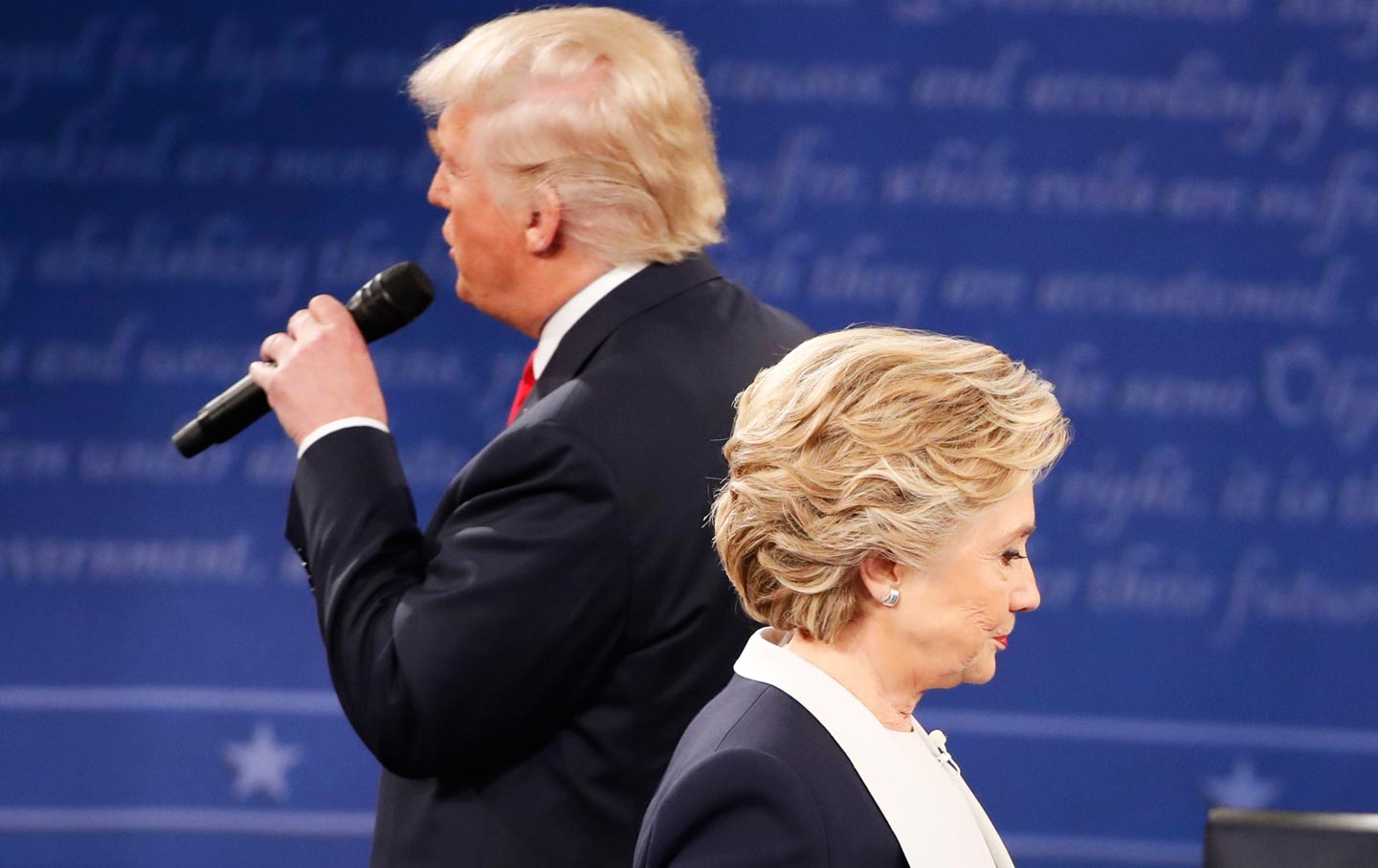 It has only been a few days since the stunning election. It will take a lot more time to understand the full implications of what happened in America on November 8. But one outcome is already clear: Half of Americans are convinced their country is on a steadier path, and the other half are filled with fear and despair about its future. Half think they have avoided catastrophe; the other half know they have collided with it head-on. These divisions will not disappear simply because one side won and the other lost. So where do we go from here?

I’ve been asking myself this question for a long while. Eight months ago, before Donald Trump secured the Republican nomination, I was in Boca Raton, Florida, for a literary festival. The man who drove me to the airport after the event asked me if I was a writer. “I have a story for you!” he said. He proceeded to tell me how, when he was 15 years old, he met the love of his life, but didn’t dare ask her out because he felt she was out of his league. He never forgot her, though, and 44 years later, he met her again; this time, he asked her out and wound up marrying her. “It’s a romance,” he said. I was still drunk on the sweetness of this story when we passed an election sign and he announced that he intended to vote for Donald Trump. The driver was white, in his late 60s, and ran his own car service, so it seemed that the lottery of life had not been ungenerous to him. Why Trump, then? “I think the world is a business, and this country is a corporation,” he told me. “And when I look around, the best guy for the job is someone like Trump.” When I asked him how he felt about the hateful statements that his candidate spouted, he dismissed them: “Oh, that’s all just talk.”

I’m not sure what will happen when I sit down with my extended family at Thanksgiving this year.

Eight months ago, it was still possible for me to think this way about Trump voters: that they were mostly strangers, people I met when I left my little bubble in California. But since then, I’ve discovered Trump supporters in my own extended family. These people do not live in neglected industrial towns, nor are they suffering economically. One complains about his high taxes, another loves guns, and yet another is vehemently opposed to abortion and same-sex marriage. Our conversations haven’t been easy, because they dismiss, almost always out of hand, anything critical about Trump that appears in the major newspapers (the “liberal media,” in their parlance). When citing a particular news article or study as evidence fails me, I try a different approach: I mention that I fit the profile of everything Trump hates—as a woman, an immigrant, a Muslim, a progressive—and that voting for him means, by extension, rejecting someone in their own family. But they show no empathy. Their response is the same as the one given to me by that stranger in Florida. “Oh, that’s all just talk,” they say. “He doesn’t mean you—you’re fine.”

It is not just talk. Words matter. They are all we have for making sense of the world around us. This presidential campaign has lasted 18 months (at times, it has felt more like 18 years), during which time we’ve been flooded with revolting, even sickening, sound bites. I’ve seen many of my friends on social media unfollow or unfriend those on the opposite end of the political spectrum. “If you support Trump, unfriend me,” was a common refrain leading up to this election. I’ve resisted this impulse because it seems to me to be no different than shuttering myself up at home and never talking to anyone.

But I confess to a great deal of apprehension about the Trump voters I do know. I’m not sure what will happen when we sit down across the table from each other at Thanksgiving this year. Will my relatives bring up their victory over “Crooked Hillary”? Will I take the bait and say that, regardless of my policy disagreements with her, studies showed her to be the most truthful candidate of the entire presidential field? I fear I may end up exhausted hours later without having convinced anyone. Even if we don’t argue about the election, as we have for the last year, politics is likely to come up. Talk about the weather, I tell myself. But what if someone says something about climate change? OK, then, talk about sports. What if Colin Kaepernick’s protest against police brutality comes up? And isn’t that football team from Washington with the racist name playing on Thanksgiving? Compliment the food, then. All right, that’s easy—let’s just hope no one asks for the green-beans recipe; my husband got it from The New York Times. The liberal media strikes again!

Such a stance results only in further division, further isolation. The business of government cannot be a hostage negotiation. Nor can it be a surrender to the demands of bigots. What we need after this election is to make dialogue possible again, and that can happen only when we defeat the bigots and end the obstructionism that has plagued Congress. If this election is any indication, the fight has only just begun.