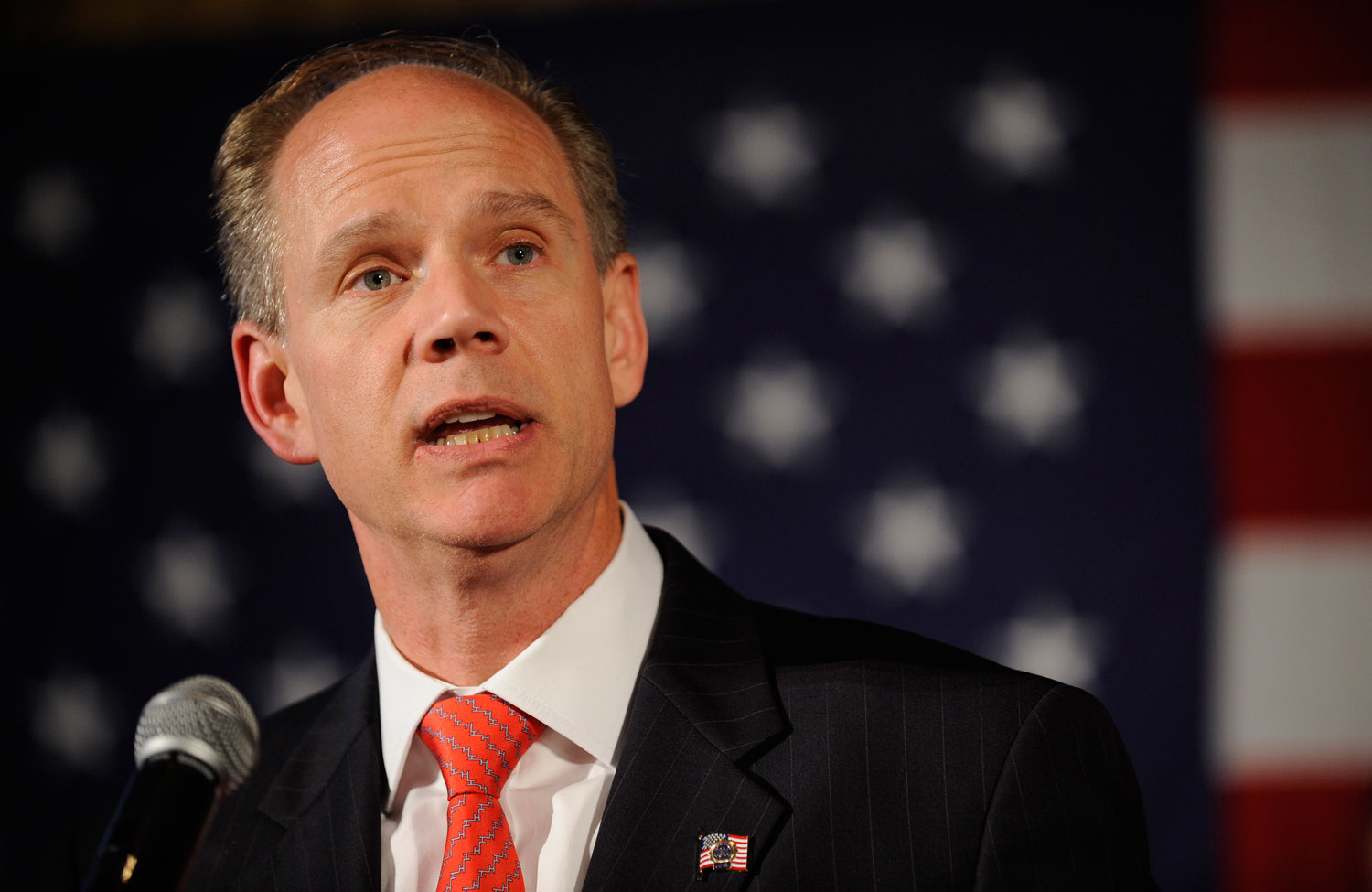 An open congressional seat in the New York district where Eric Garner was choked to death by police last year is quickly becoming a focal point in the roiling debate about racial discrimination in the criminal justice system.

The leading contender for the seat vacated by Republican Michael Grimm, who pleaded guilty to a felony tax charge early this month, is reported to be Dan Donovan—the Staten Island prosecutor widely criticized for failing to secure a grand jury indictment against the officer who killed Garner.

Civil rights groups are alarmed by the prospect of sending Donovan to Washington, particularly as some legislators are pushing for Congress to take up criminal-justice issues in the near future. “District Attorney Daniel Donovan failed to secure an indictment of Daniel Pantaleo and the other NYPD officers responsible for Eric Garner’s death, in spite of video evidence of the entire incident. This is, at best, an indication of incompetence and, at worst, a complete lack of respect for the value of Mr. Garner’s life and the lives of New Yorkers of color,” Loyda Colon of the Justice Committee, a police reform group, said in a statement. “Given this, the idea that Mr. Donovan might take a seat as a policy-maker is frightening and something the Justice Committee whole-heartedly opposes.”

Pete Haviland-Eduah, national policy director for the Million Hoodies Movement for Justice, said that he expects his and other civil-rights groups to organize actions against Donovan if he indeed runs for higher office. “Right now New York City is the epicenter of the new civil-rights movement,” Haviland-Eduah said. “People are paying attention and want to get involved. This will be just another avenue—if he should decide to run—for them to take part.”

Unlike Bob McCulloch, the prosecutor who directed the grand jury proceedings in Ferguson, Missouri, and at times displayed flagrant disregard for Michael Brown’s death, Donovan has shied from media attention. That’s helped him duck some of the scathing attention that McCullouch received. But it has also left New Yorkers with plenty of questions, about why the grand jury failed to indict Pantaleo despite video evidence of Garner saying, again and again, that he couldn’t breathe; and what his positions are on police conduct in general, said New York Assemblyman Karim Camara, the Democratic chair of the Black, Puerto Rican, Hispanic and Asian Legislative Caucus.

“As a candidate, he’s going to have to speak to that,” said Camara. “That district does comprise many areas that are African-American and poor, and they need to know what his stance is on the epidemic of over-policing.”

But Staten Island is also home to many current and retired police officers, and the borough is far more conservative than other parts of the city. Past scandals seem to have been barely noted by voters; Grimm, after all, threatened to throw a journalist off a balcony, was indicted on twenty counts, including fraud and perjury, and coasted to re-election by more than ten points. Donovan is popular—he won re-election in 2012 with nearly 70 percent of the vote—and members of Staten Island’s Republican establishment have told The New York Observer and other outlets he is the “front-runner” for the GOP nomination, his connection to the Garner case notwithstanding. National Republican strategists are reportedly concerned that the race will turn into “a complete and utter circus,” but there’s also speculation that Staten Island is in fact so conservative, and so allied with the NYPD, that attention from civil-rights activists will boost his chances against a Democrat.

Donovan’s political ambitions aren’t new. He ran for New York attorney general in 2010 as a friend of Wall Street, saying he would ease up on investigations and prosecutions of the big banks so as not to “disturb the garden.” Even before Grimm announced he would step down there were murmurs that Donovan might replace him; as soon as Grimm finally did resign, Donovan’s phone began “ringing off the hook” with calls from people encouraging him to pursue the seat, at least according to the prosecutor himself. “I am deeply flattered by the enthusiastic expressions of support I have received over the last 12 hours, and I am very seriously considering the race,” he said in a statement.

NAACP’s Staten Island branch has filed a complaint against Donovan that asserts, according to the Times, that “his failure to secure an indictment was part of an effort to court votes of the police on Staten Island.” District attorneys have much greater control over the way evidence is presented to grand juries than in a regular jury trial. Defendants are usually not invited to testify; many don’t even have advance warning of the proceedings. Donovan presented the jury with fifty witnesses during the Pantaleo proceedings, including Pantaleo himself. He was criticized for “overwhelming” the jury with such a large amount of testimony, and for protecting the police officer. “There is one reason that Daniel Pantaleo is not being charged in the death of Eric Garner. It’s because District Attorney Dan Donovan of Staten Island did not want him to be,” former prosecutor Paul Butler wrote in the Times.

A special election has not yet been scheduled, but it will probably occur in the spring. Donovan may not even end up on the ballot. Either way, he’s already amplified a conversation he’s tried to avoid.