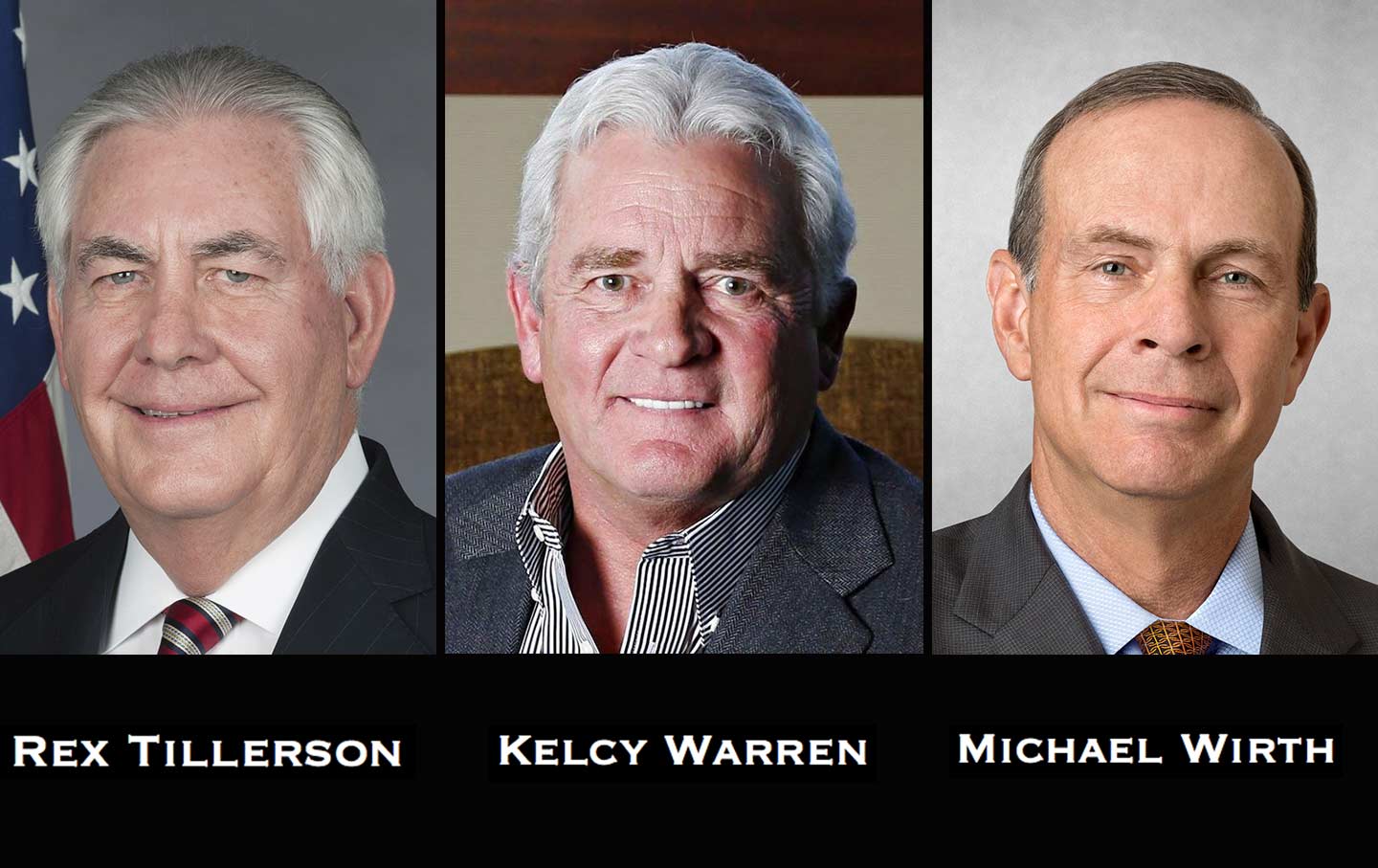 A few weeks back, a federal grand jury issued indictments against two environmental activists, Ruby Montoya and Jessica Reznicek, for acts of sabotage against the Dakota Access Pipeline. In the fall of 2016, shortly after riot police and National Guard units evicted indigenous protesters from Standing Rock, Montoya and Reznicek began scouting out construction sites on the pipeline’s route through Iowa, torching heavy equipment and welding holes in pipeline valves. In July of 2017 they held a press conference and confessed. “Speaking publicly to empower others to act boldly,” as they put it, the two activists explained that they had taken action “out of necessity…for our children, because the world they’re inheriting is unfit.”

“Water is life,” Montoya and Reznicek concluded. “Oil is death.” They are now awaiting trial on charges that carry a combined sentence of 110 years in prison.

It’s a funny world, this one. To anyone not blinded by greed or the ideologies it spawns, it should have been plain enough that fracking millions of barrels of oil out of the shale formations beneath North Dakota, pumping it to refineries in west Texas, and shipping it around the world to be sold and burned for energy was not simply a bad idea, but, at this point, a wildly unscrupulous, homicidal, and even terracidal undertaking. No fewer than 11,000 scientists signed a statement earlier this month warning that the climate crisis is “more severe than anticipated, threatening natural ecosystems and the fate of humanity,” and that unchecked emissions may soon trigger feedback mechanisms that “could cause significant disruptions to ecosystems, society, and economies, potentially making large areas of Earth uninhabitable.” Extracting fossil fuels for profit is at this point an act of reckless violence with few rivals in human history.

Yet Montoya and Reznicek will stand trial in December for having had the courage to attempt to slow this monster down.

Earlier this year, the climate writer Kate Aronoff laid out the case for trying fossil-fuel executives for crimes against humanity. The effort, she argued, “would put names and faces to a problem too often discussed in the abstract” and “channel some populist rage at the climate’s 1 percent.” Not all of us anthropoids, after all, are equally responsible for anthropogenic climate change: More than 60 percent of all the carbon spat into the atmosphere since 1854 can be traced to 90 corporations and state-owned industries. Over the last half century, just 20 firms produced more than a third of all emissions.

Historically speaking, corporations are a recent fiction, one created precisely to limit individual accountability. Behind the logos, though, actual human beings make decisions that affect us all. Some of them have decided again and again, day after day and year after year, to put shareholders’—and their own—profits before everyone and everything else in the planet. As the seas rise, the fires burn, the storms swell, and the Arctic melts, remember that we are in this disastrous predicament because the leaders of a few dozen companies—including lobbyists, financiers, various government enablers, think tank hacks, and related shills and swindlers, perhaps a few thousand people over a century and a half—enriched themselves by selling off the future in which the remaining 7.7 billion of us will struggle to survive. German, French, and Swedish now have words for the “flight shame” suffered by air travelers, but no language yet has come up with a term large enough to contain the guilt of fossil fuel executives.

Last month, New York prosecutors put Aronoff’s most-wanted climate criminal Rex Tillerson on the stand in a fraud suit against Exxon Mobil, and a Massachusetts DA filed a second case against the oil giant for its long history of deceptive denialism. Activists elsewhere are fighting to get the International Criminal Court to recognize ecocide as an offense up there with genocide and war crimes. Real accountability is still likely a long way off, but there is no need to wait on the lawyers, or the revolution: Let the populist rage begin.

The ultrarich are skilled at shielding themselves from contaminating encounters with the public on which they feed, but their very insulation should make them vulnerable to concerted shaming campaigns: Billionaires are like toddlers, unable to fend for themselves. So remember their faces and shout out their names. Don’t pour them coffee, don’t serve them food, don’t cut their hair or their lawns, don’t cater their parties, don’t build or clean their houses, don’t drive their cars, don’t sell them anything, and, whatever you do, don’t work security for them. If you wouldn’t work for Jeffrey Dahmer, why do anything for people who are killing us all without even the excuse of a florid perversion?

But working people shouldn’t have to bear the burden. Carbon executives’ wealthy peers can do a lot: Don’t let them sit on the boards of your foundations—or anywhere but a cold, concrete floor; don’t give to a charity if they sit it on its board; don’t invite them to your conferences or your parties or your clubs; don’t sit beside them on a stage or at a dinner table; and, most important, remember to cut their companies’ stocks from your portfolio. Make them such pariahs that even Alan Dershowitz won’t talk to them. For most of human history, there were no courts to go to, but civil shaming did the trick. A few individuals have put themselves before everyone and everything else on Earth, and all future generations. Cast them out and cut them off.

Let’s start with Michael K. Wirth, CEO and chairman of Chevron, which is responsible for more carbon emissions than any other private entity. (It is exceeded only by the state-owned Saudi ARAMCO, which until the 1940s was a wholly owned subsidiary of Standard Oil of California, now better known as Chevron.) Wirth is a quiet sort of oil baron. A lifelong company man, scaling the rungs of the Chevron hierarchy since 1982, he will take home $28 million this year. He also sits on the board of the American Petroleum Institute, a major funder of climate denial efforts for decades and one of the forces behind a new Wisconsin law that would criminalize pipeline protest. Wirth lives in a relatively modest home (valued at a mere $2 million) in Moraga, California, a safe distance from the Chevron refinery in Richmond, which, even when it’s not exploding—as it has in 1989, 1999, and 2012—envelopes the working class and mainly black and brown communities around it in some of the most polluted air in the state. Under his leadership, Chevron is expanding production in a race with Exxon-Mobil to see who will be the first to pump a million barrels a day from the shale formations of western Texas and eastern New Mexico, despite recent findings blaming emissions from shale gas for a “massive” and “globally significant” increase in atmospheric methane. “We are setting very aggressive targets,” Wirth promised shareholders at the company’s annual meeting last year, without any apparent shame.

Lynn Laverty Elsenhans is another name worth knowning. While she is no longer among the most powerful players in the global boy’s club of terracidal royalty, she remains one of the rare women to have crashed its gates. A former president of Shell Oil and ex-CEO of Sunoco, Elsenhans, who lives in Houston’s River Oaks neighborhood, is the only woman to sit on the board of directors of Saudi Arabia’s national oil company, Saudi Aramco. Despite some recent setbacks—Prince Mohammad Bin Salman’s plans to take part of the company public had to be postponed after a drone attack on oil facilities last month—Aramco is the world’s largest oil exporter and far and away the most dangerous company on and to the planet, responsible for 4.4 percent of all the carbon pumped into the atmosphere since 1965. Despite urgent and univocal warnings from climate scientists that carbon emissions must be drastically and immediately reduced, Aramco is planning a massive expansion, projecting an increase in oil and gas production equivalent to the release of 27 billion tons of carbon dioxide. That adds up to nearly 5 percent of all the carbon emissions budgeted to everyone on the planet if, as the IPCC still hopes, we’re to stave off catastrophe and keep warming below 1.5 degrees centigrade. Given the Saudi regent’s paranoid leadership style, it is unlikely that Elsenhans has any real role in the company’s decision-making. But she does deposit their checks and lends a smiling female face to the most treasured and world-destroying asset of a brutal and misogynistic regime.

There are many more to choose from, and a half hour’s Googling will help you to identify any climate villains whose paths might cross yours, but I don’t want to leave out Kelcy Warren, CEO and chairman of Energy Transfer, which owns a 36 percent share in the Dakota Access Pipeline, another 36 percent of the pipeline that picks up where DAPL leaves off, and 88 to 100 percent of the shares in a dozen other pipelines and terminals. A major Republican donor, Warren is worth more than $4 billion, and flaunts it. He paid $30 million for his 23,000 square-foot, 13-bathroomed home in the Preston Hollow neighborhood of Dallas and also owns a $46.5-million, 3,100-acre ranch in Pagosa Springs, Colorado; another 8,000-acre ranch in Cherokee, Texas, where he hosts an annual folk festival; a 25,000-acre golf resort, featuring its own Robert E. Lee statue; and an island off the gulf coast of Honduras, where in 2007 his security guards are alleged to have killed three local fishermen. 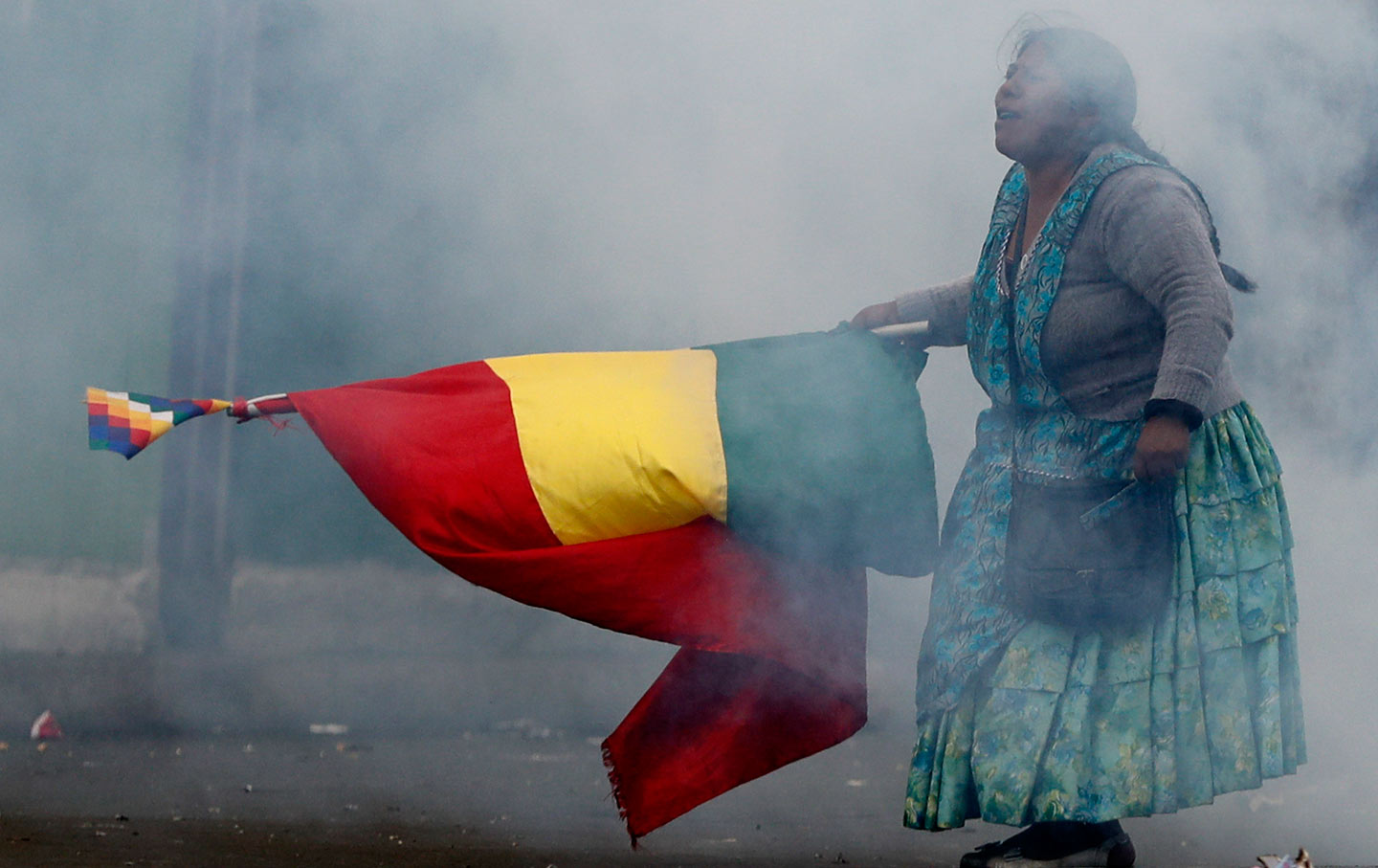 Welcome to the Global Rebellion Against Neoliberalism

At a conference in Houston last year, Warren was asked about Jessica Reznicek and Ruby Montoya, who had confessed but not yet been charged. “I think you’re talking about somebody who needs to be removed from the gene pool,” Warren said. Glib eugenicism is an odd rhetorical tactic for someone who has made his fortune endangering our species, but the irony does not seem to have touched him. Since June 2017, when Energy Transfer’s pipelines began pumping crude from North Dakota’s Bakken shale formation, they have leaked more than 5,000 gallons of oil. (The nearby Keystone Pipeline was shut down last month after spilling more than 380,000 gallons.) Warren, who in his spare time pens mournful acoustic folk ballads, is nonetheless planning to double their capacity.

Late in 2013, Music Road Records, the small label that Warren founded, released a tribute album to Jackson Browne, the CEO’s favorite singer. (“I don’t know of anybody that admires Jackson more than me,” Warren gushed.) Nearly three years later, Browne released a public statement claiming that he hadn’t known about Warren’s “other businesses.” “I do not play for oil interests,” Browne said, and promised to donate all money he received from the album to tribes fighting DAPL.

Warren was reportedly quite wounded. “It was hurtful,” he told The Dallas Morning News. He has likely recovered, but it’s a start.