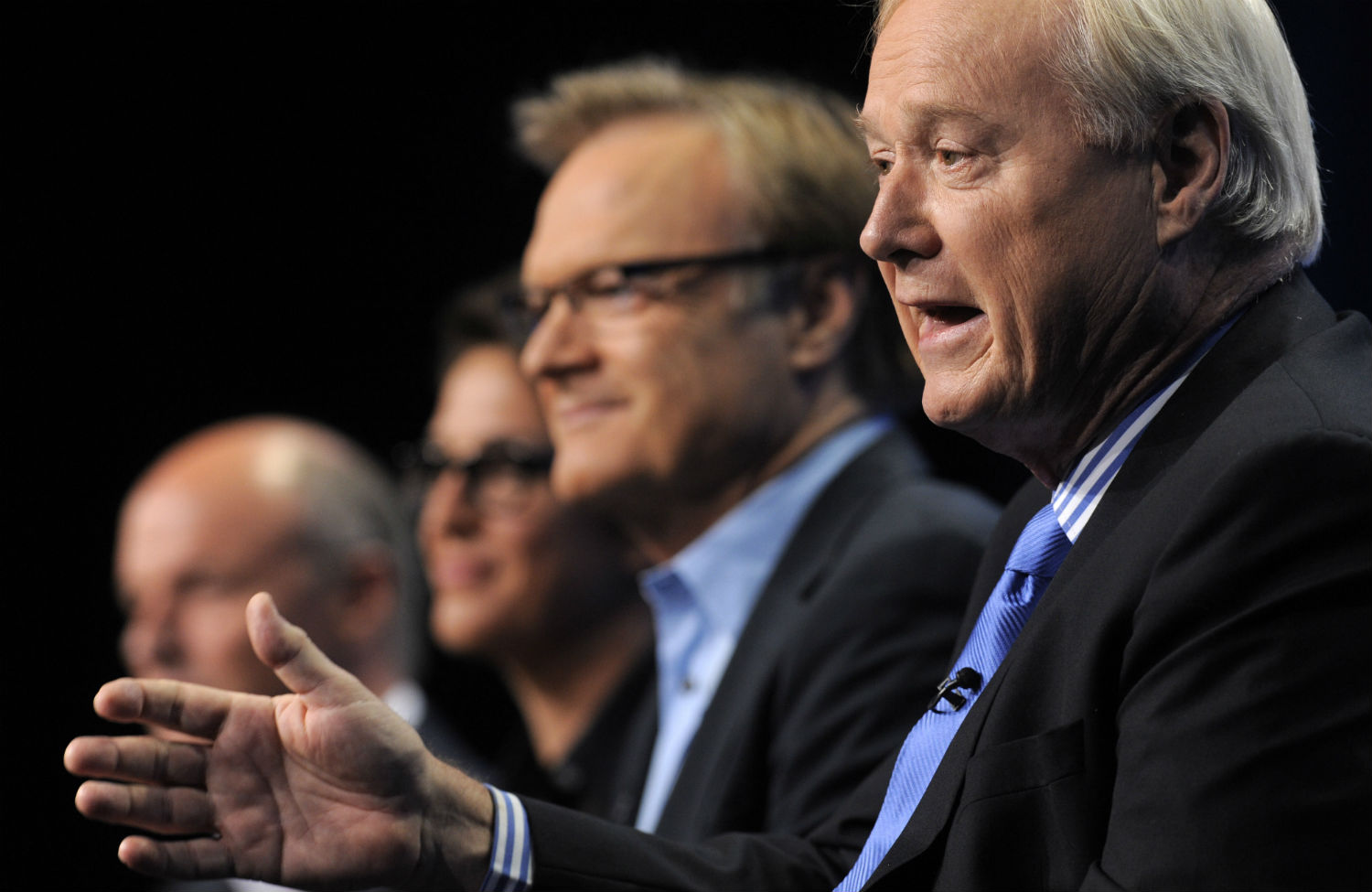 “Homeland” is back. Not just the Showtime drama, which is returning in October, but the word, with all its totalitarian-lite implications. As if they flipped a collective switch, pundits, politicians and President Obama transformed America overnight into “the Homeland,” a place both pastoral and martial, where fearsome invaders are always heaving at the gate.

And the word has Chris Matthews hopping mad. “I am very uncomfortable with the phrase ‘homeland.’ It strikes me as totalitarian,” he said in a long rant on Hardball earlier this week:

It’s a term used by the neocons, they love it. It suggests something strange to me. Like who else are we defending except America? Why don’t you just say ‘America’? Why doesn’t [Obama] say we defended against attacks against this country? As if we’re facing some existential Armageddon threat from these people. Do you buy the phrase ‘homeland’? I never heard it growing up, never heard it in my adulthood. It’s a new word. Why are we using it? Is there some other place we’re defending? What are we talking about when we say ‘homeland’? What’s it about?

Actually, it’s not a new word at all. When used to refer to America (and not the “homelands” of other people, as in “the Palestinian homeland”), “homeland” first hit these shores in 2001 just weeks after 9/11, when George W. Bush formed the Department of Homeland Security. The word became an overnight sensation as media figures—though few real people—robotically substituted it for “America.” In his 2002 book Now, Let Me Tell You What I Really Think, Chris Matthews himself solemnly invoked the term.

But today Matthews is right: “Homeland” gives off an authoritarian vibe. It evokes the Russian Motherland, the German Fatherland and, worse, the Nazi’s “Heimat,” or homeland.

Matthews can be unintentionally hilarious when he chews on a bone, which he does like no one else in the press. But his emotional overreactions to what seem like mere pet peeves can be a mood ring for the national psyche. Whether it’s a tingling up his leg over the charismatic 2008 Obama (which in all honesty had other people’s limbs tingling, too), or a fury at Republicans clipping the adjective Democratic to the rodent-like DemocRAT, the man is often on to something.

And now he’s a human thermometer taking measure of war fever. This time around, he doesn’t want to be played like a chump, as he was when he initially supported the invasion of Iraq and said, in 2003, “We’re all neo-cons now.”

“Homeland” immediately puts us on a warlike footing, but with extra goodness built in. (In 2001 I wrote, “If at worst ‘homeland’ sounds a bit totalitarian, at best it sounds like a new line of Campbell’s soups.”) It has all the easy and shallow patriotism of “USA! USA!” but with loads of gravitas.

“Homeland” is more specific than “America”—it encourages us to visualize ourselves getting bombed or buried under debris from falling office towers, to see America as a fortress that can and will be breached.

And the heightened ability to visualize horror is what’s driving us now toward war (or, as John Kerry puts it, “a very significant counter-terrorism operation”). Americans’ big shift toward supporting air strikes in Iraq and Syria came only came after seeing the beheadings of two Americans on video. Visuals, or “optics,” rule. (See “Has The World Been Bamboozled By The ISIS PR Machine?”)

In the first episode of the coming Homeland, agent Carrie Mathison is dubbed “the Drone Queen,” and she doesn’t seem to mind. Maybe that’s because she can’t visualize the people she’s blowing up as more than stick figures. In Season 2, Homeland was one of Obama’s favorite shows. Will he still be a fan?