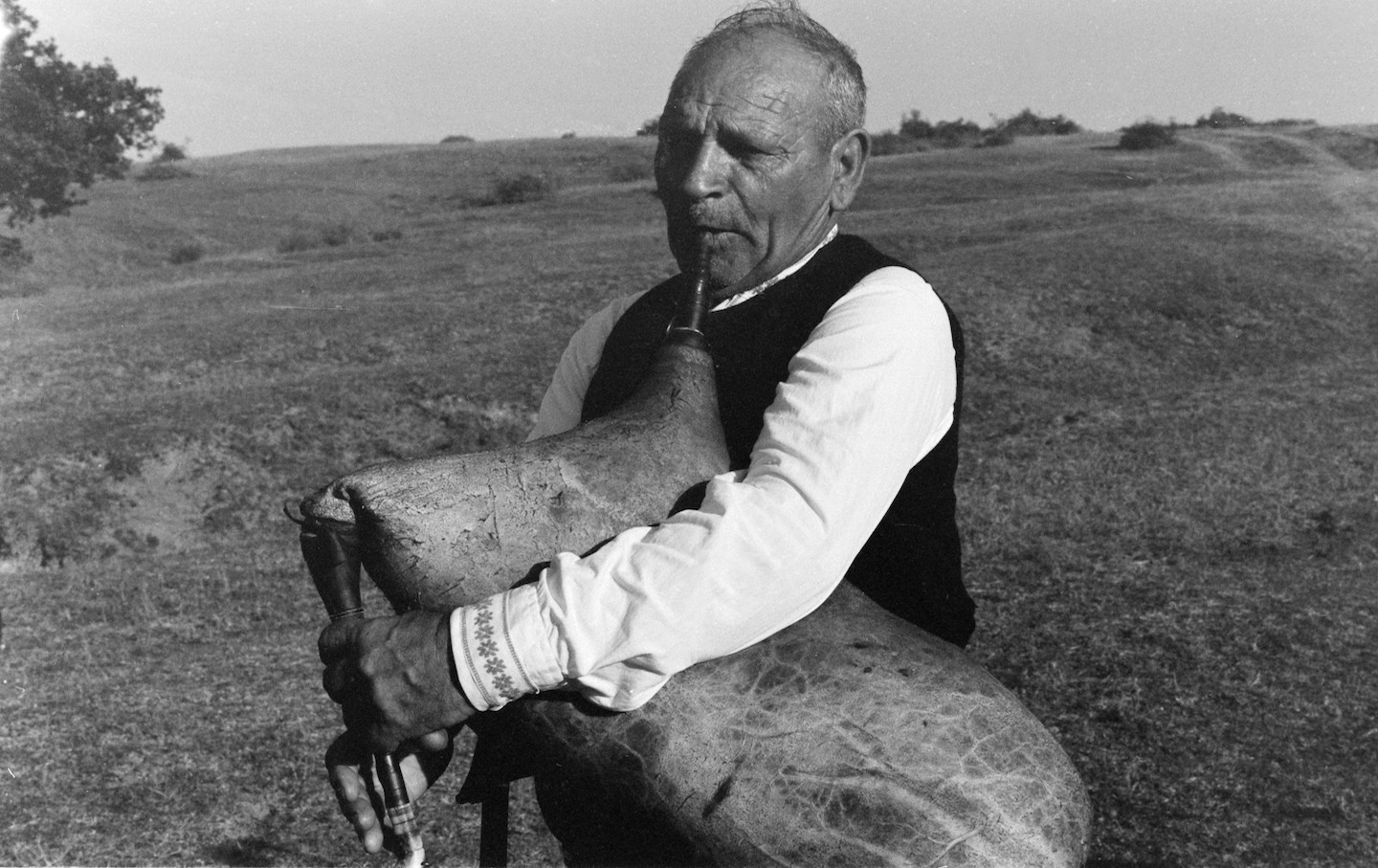 The allure of the lost is ever-present in the musical world. In this year alone, half a dozen notable lost albums have been released or announced, including projects from artists as varied as past masters of jazz such as Miles Davis (Rubberband) and John Coltrane (Blue World, released just a year after the companionable Both Directions at Once: The Lost Album); the post-rock band Explosions in the Sky (the aptly named The Rescue); and guitarist Dave Davies (previously unreleased tracks billed as “The Great Lost Dave Davies Album” in the upcoming box of materials centered on the Kinks’ vintage concept album, Arthur or the Decline and Fall of the British Empire). In music as in precious metals, scarcity is a well-established measurement of value, and by that measure a lost album pales in comparison with the loss of an entire cultural sphere.

This mode of thinking underlies a lavish new presentation of little-heard music from the Balkans issued this month by Smithsonian Folkways Recordings, Sound Portraits From Bulgaria: A Journey to a Vanished World 1966-1979. The core of the project is a collection of 37 recordings made by a fervent American fan of Bulgarian folk music and dance, Martin Koenig. The music fills two discs packaged with a glossy large-format hardcover book of black-and-white photos by Koenig and others of musicians, dancers, and others he encountered in seven trips to and around Bulgaria, along with ruminations by Koenig, detailed notes on the musical selections, and essays by three scholars of Bulgarian and Balkan music and folklore. Through its heft and polish, the package confers a sense of compensatory permanence to artifacts of a culture Koenig recognizes as vanished or vanishing, with gallery-quality reproductions of the images. In an overt gesture of non-colonialist biculturalism, all the text is printed in both English and Bulgarian. (I read it in English, since, like Koenig himself, I’m not fluent in Bulgarian.)

As he explains in the book, Koenig discovered Bulgarian folk music as a wide-eyed outsider, having initially visited the country with the intention of observing and documenting its traditional dances, when he was a young dance instructor at Barnard College. Moved by “the slower-paced, largely self-sufficient agricultural society,” he found the experience “transformative.” Before long, Koenig writes, he “quickly realized that aspects of the agrarian lifestyle I had just discovered and found so compelling were disappearing” through the growth of industrialization, the spread of technology, and the migration of the rural population to urban centers.

Koenig came to think of his work in heroic terms that echo the attitudes of his two famous mentors—the anthropologist Margaret Mead and the folklorist Alan Lomax—both of whom were connected to Koenig through their work at Barnard’s sibling institution, Columbia University, and wrote letters of support that Koenig carried with him to Bulgaria. In describing the music and photography curated in Sound Portraits From Bulgaria, he says that they “celebrate a way of life that, for all intents and purposes, has vanished.” The mission Koenig took up was one of “permanently memorializing them” That is to say, it was a mission not merely of preservation, but of salvage and, in a sense, salvation.

A prelapsarian idealization of the ostensible purity of ancient ways of agrarian life infuses the way Koenig characterizes the Bulgarians he encountered. A great many of the images in Sound Portraits From Bulgaria, though not all of them, capture people in the costumes of historical attire worn for ceremonial occasions, rather than everyday dress of the time the photographs were taken. While Koenig made the first of his trips as late in the 20th century as 1966, we see few machines other than the musical instruments constructed of wood, wire, and goatskin—no phones, no tractors on the farms, just one car in the background of one village scene. In one large photo, reproduced over a page and a third, we see a trio of costumed men dancing in a vast open field. It mirrors an earlier image of a quartet of musicians, again in costume dress, playing music in a field. Both were staged for the camera.

Koenig, discussing his work at a recent event at the Lincoln Center Library for the Performing Arts, recalled that the quartet was “a very popular group of professional musicians that would be hired to play at weddings and other events.” In the creation of the photograph, he said he intentionally “put them in a field.” His conception of “field work” is evidently as wide as the fields his camera captured.

As Koenig explained at the same talk, he decided what to record on the basis of his personal taste, not on the grounds of musicological, historical, or sociological significance. “I’m not a musicologist,” he admitted. “I recorded what I liked.”

The benefit of this process for Western listeners is that the majority of tracks in this collection are not only fascinating as mementos of a rich and complex musical culture, but also enjoyable to ears not steeped in Bulgarian history. We hear the warm and melodious playing of the kaval flute by Shtiliyan Tihov, a virtuoso of the instrument well-known in Bulgaria from his appearances on radio and TV. We hear the catchy chants sung by a chorus of women, in unison, as music for community dancing. We hear the infectious, rhythmic polyphonic music for groups of violins, clarinets, and percussion related to the Romany music of neighboring Romania. (Aside: This music is connected to a stratum of Romany music called “Hajduk,” after my ancestors in Transylvania.) And we hear the hypnotic drone music played on the gaida, a kind of bagpipe made from sheepskin.

The framing of these songs in the overall package of Sound Portraits From Bulgaria makes clear that the recordings should indeed be taken as portraits rather than technically precise representations—interpretations of what Bulgarian folk music means, as shaped through the agency of its portrait maker. As an essay in the book by the Bulgarian scholars Ventsislav Dimov and Lozanka Peicheva spells out, others have made hundreds of sound recordings of Bulgarian music since the 1930s. This set “represents a small but high-quality addition to the archive of recorded Bulgarian folk music traditions.”

For those without access to those hundreds of recordings or the time and energy to sort through them all, the high quality and sheer enjoyability of the music on Sound Portraits provide ample satisfactions, and they more than overcome the underlying self-satisfaction in Koenig’s story of his “journey” to discover and recover a vanishing world.