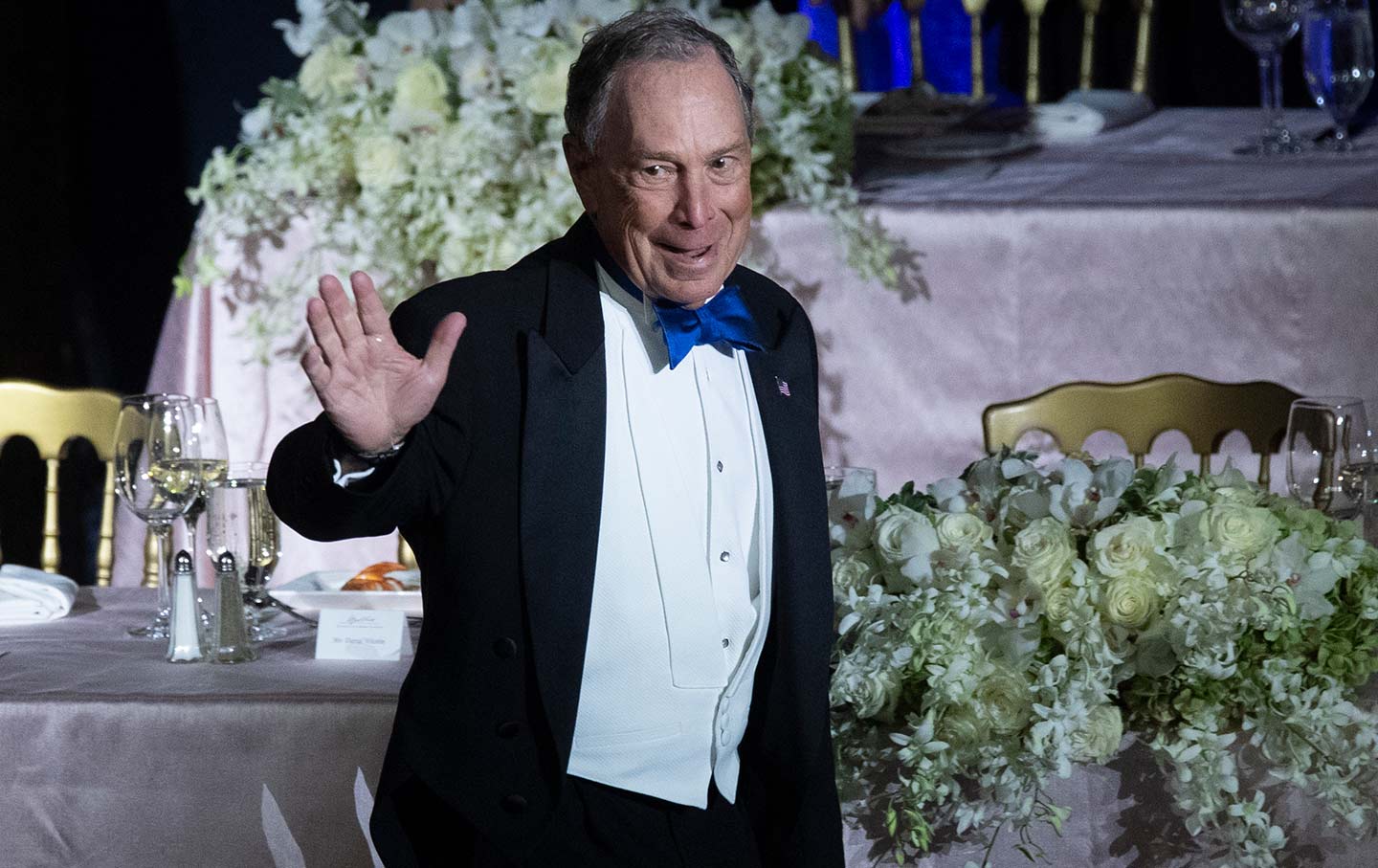 One of the world’s wealthiest men has decided to try to buy his way into the Democratic presidential primary. Good. Former New York City mayor Michael Bloomberg’s late-starting bid gives the party a chance to define what it will be in 2020—and, hopefully, what it will not be.

Bloomberg, who unlike the current occupant of the White House is a seriously rich man, entered the Democratic race in business-like fashion—with a Monday-morning brand launch. He’s telling us what we already know—that Trump represents an “existential threat to our country and our values”—but he is saying it loud, with a $31.5 million ad buy.

That kind of spending gets political insiders salivating, especially when they know it’s coming out of Bloomberg’s very deep well of personal wealth. Ironically, with all that paid media comes lots of free media. As with Trump, Bloomberg’s money will get him all the attention that our broken media system’s fixation with wealth and power can “buy.”

For Democratic voters, however, what matters is not this horse race calculus. It is the deeper question of the direction that will be taken by a party that must define itself in order to defeat not just Donald Trump but also the scourge of Trumpism. If Democrats decide that the answer to a faux billionaire is a legit billionaire, then they have not learned much from the past four years.

Bloomberg is a different, and better, man than Trump. He proposes fairer taxation, a tougher stance against gun violence, and a welcome recognition of science with regard to the climate crisis. Like Trump, however, he is a political entrepreneur who sees running for the presidency as an enterprise rather a mission. Bloomberg’s a little more poetic than Trump. But no one is going to mistake this Republican-turned-independent-turned-Democrat media mogul for a radical advocate of great big structural change. Where Trump proposed to “Make America Great Again,” Bloomberg wants to “rebuild the country and restore faith in the dream that defines us.”

So far, Bloomberg hasn’t stirred much enthusiasm beyond the few precincts where stockbrokers and pundits are measurable demographics. Last week’s Politico/Morning Consult poll had Bloomberg tied with Universal Basic Income advocate Andrew Yang—at 3 percent—while the latest Des Moines Register poll of potential Iowa caucus-goers has the former mayor running a point behind the other billionaire in the Democratic race, Tom Steyer.

Yet, the prospect that Bloomberg, who is worth something like $54 billion, could buy a place on the debate stage has got the DC insiders and the billionaire class all atwitter. He offers them more of the politics they know.

The problem is, the politics Democratic insiders and their amen corner want to rebuild is the politics of caution and compromise that created an opening for Trump in 2016. And more of the same is not going to close the door on Trumpism in 2020. Because of Trump’s absolute failure as a president, the desperation for change that shaped the last election is going to be amplified in the next one.

The Democrats who have been campaigning in Iowa, New Hampshire, South Carolina, and Nevada—states Bloomberg will skip on his way to a Super Tuesday start—are convinced that voters will recognize the folly of Bloomberg’s candidacy.

Sanders is not the only candidate who recognizes there is something wrong with a campaign finance system that allows billionaire candidates to buy places on debate stages.

But the senator takes the critique a good deal further than most of the others. In 2016, he ran against “the billionaire class” of wealthy donors and corporate investors that has so warped our governance. In September, Sanders wrote, “There should be no billionaires. We are going to tax their extreme wealth and invest in working people.” Massachusetts Senator Elizabeth Warren has parted company with Sanders on this issue. Like Sanders, she would tax them, a lot. But Warren says, “You build a great fortune in this country, good for you.”

Sanders and Warren have a reasonable disagreement on this issue, and it offers a reasonable starting point for the debate Democrats should be having about how to position for 2020. If Bloomberg wants to join in, fine. He can whine, if he wants, about the incivility of haters who make a big deal about plutocracy and oligarchy. But he should be forewarned that someone might bring history to the table and remind Democrats that when they were winning really big victories their standard-bearer told crowds, “We had to struggle with the old enemies of peace—business and financial monopoly, speculation, reckless banking, class antagonism, sectionalism, war profiteering.”

Franklin Delano Roosevelt was a man of considerable wealth. But he made no compromise with the mega-millionaire class of his day. Speaking of them as he bid for reelection in 1936, he recalled that

The Democrats who propose to replace Donald Trump, and Trumpism, don’t need Michael Bloomberg’s billionaire platitudes. Democrats need a politics of righteous indignation at billionaire-defined campaigns and billionaire-defined governance—and at the rampant inequality, division, and vulnerability that extends from that combination.