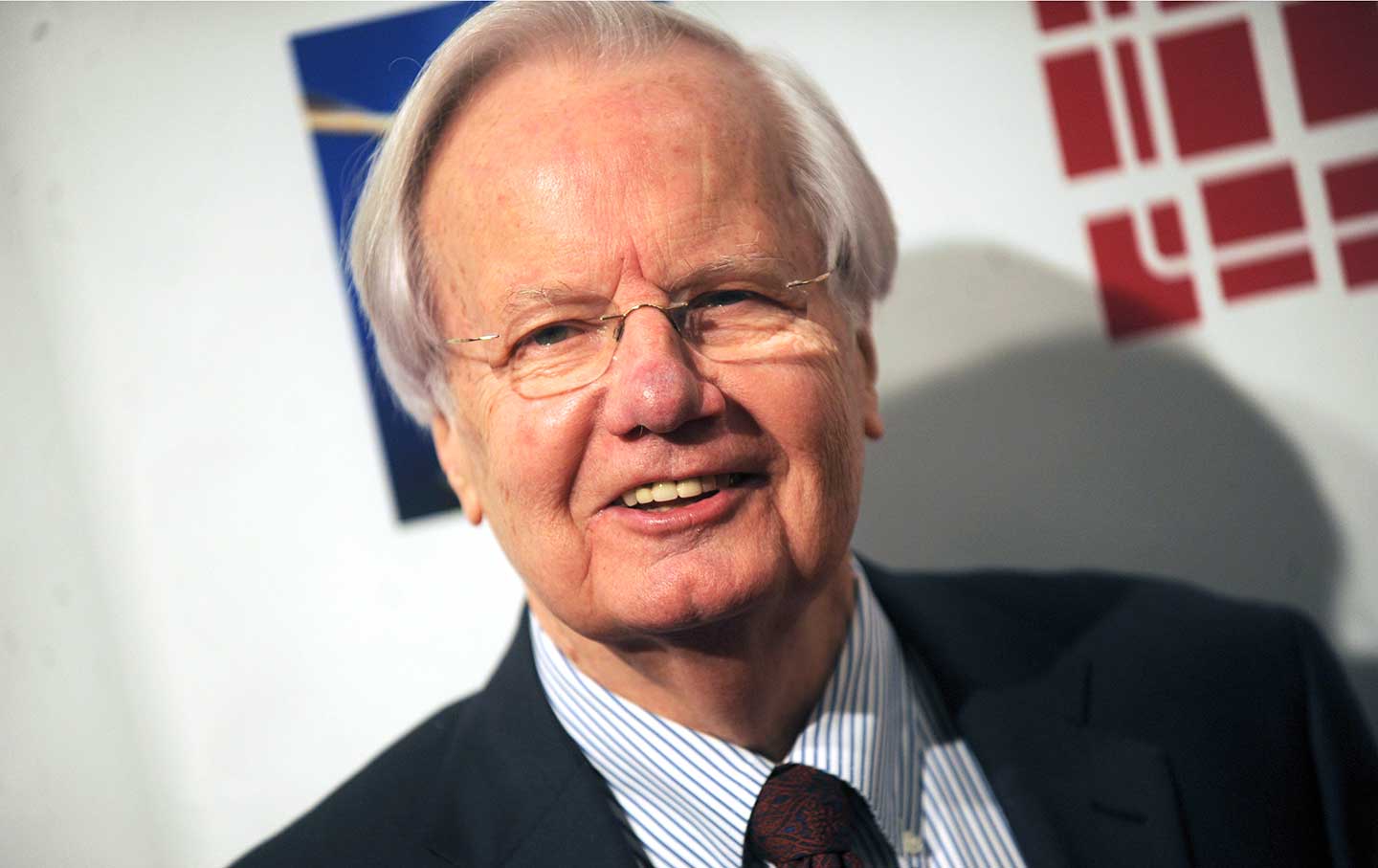 We will raise a toast Thursday night in Austin, Texas, to honor Molly Ivins and the Texas Observer that she so cherished. And as I will be mastering the ceremonies, I’ll briefly mention my favorite of our shared attempts at rabble-rousing: the Bill Moyers for President campaign.

Molly was, of course, a proud Texan. She held tight to the true faith that her great-big state had a liberal heart that beat to the rhythm of the progressive populist appeals of Ralph Yarborough, Henry B. González, Mickey Leland, and Sissy Farenthold. And she thought that Moyers, a public intellectual of the highest order who was born 85 years ago this week and raised in the northeast Texas county-seat city of Marshall, was well-suited to take the message to the nation as a presidential contender.

As a student of the populist and progressive movements (particularly the Wisconsin variation advanced by Robert M. La Follette), I, of course, agreed. Together we penned a short stack of columns in 2006 arguing for a Moyers candidacy.

“Dear desperate Democrats,” wrote Molly, who was then the nation’s most widely read liberal newspaper columnist. “Here’s what we do: We run Bill Moyers for president. I am serious as a stroke about this. It’s simple, cheap, and effective, and it will move the entire spectrum of political discussion in this country. Moyers is the only public figure who can take the entire discussion and shove it toward moral clarity just by being there.”

Molly was not the first to hit on the idea; William vanden Heuvel had tried to temp Moyers toward electoral politics in the 1970s, when the former White House aide and newspaper publisher was hosting the groundbreaking PBS news program Bill Moyers Journal. But she made a great case for why her fellow Texan needed to be on the ballot in 2008. “Bill Moyers has been grappling with how to fit moral issues to political issues ever since he left Southwestern Baptist Theological Seminary and went to work for Lyndon Johnson in the teeth of the Vietnam War,” Molly explained. “Moyers worked for years in television, seriously addressing the most difficult issues of our day. He has studied all different kinds of religions and different approaches to spirituality. He’s no Holy Joe, but he is a serious man. He opens minds—he doesn’t scare people. He includes people in, not out. And he sees through the dark search for a temporary political advantage to the clear ground of the Founders. He listens and he respects others.”

Hers was a modest proposal: “It won’t take much money—file for him in a couple of early primaries and just get him into the debates. Think about the potential Democratic candidates. Every single one of them needs spine, needs political courage. What Moyers can do is not only show them what it looks like and indeed what it is, but also how people respond to it. I’m damned if I want to go through another presidential primary with everyone trying to figure out who has the best chance to win instead of who’s right. I want to vote for somebody who’s good and brave and who should win.”

My contribution to our unlikely crusade was a suggestion that, well, anything could happen.

“Why ask Democratic primary voters to send a message, when they can send the best man into the November competition and, if the stars align correctly, perhaps even to the White House?” I wondered in one of several columns I wrote on the prospect.

I’m not suggesting that Bill Moyers—with whom I’ve had the pleasure of working in recent years on media reform issues—is a sure bet to win the Democratic nomination or the presidency in 2008. I’m not even suggesting that he would be a good bet. But the politics of 2008 are already so muddled, so quirky and so potentially volatile that I believe—as someone who has covered my share of presidential campaigns—that Moyers could be a contender.

Moyers would enter the 2008 race with far more Washington political experience than Dwight Eisenhower had in 1952, far more national name recognition than Jimmy Carter had in 1976 and far more to offer the country than most of our recent chief executives.

The anything could happen argument turned out to be a good one for 2008. Moyers never seriously considered running, but Barack Obama eventually did. Moyers was as inspired as the rest of us were by the unanticipated twists and turns of the 2008 race that ended with the election of the country’s first African-American president. Molly would have been, as well. Unfortunately, we lost her along the way. She died in Austin on January 31, 2007, at the indefensibly young age of 62.

Her legacy lives on, thanks to The Texas Observer, a magazine for which she proudly wrote (not for the money, mind you, but for the privilege of stirring things up on the pages of a publication that founding editor Ronnie Dugger said existed to “serve no group or party but [to] hew hard to the truth as we find it and the right as we see it”).

Thursday night’s “2019 MOLLY Gala” in Austin will honor journalist and author Rebecca Traister (whom Molly would have adored). It will also raise a few dollars to keep the Observer strong and to maintain the big-ideas, big-hopes brand of journalism that Molly Ivins practiced.

I so wish Molly could be with us this week—and every week. Surely, she’d shred Donald Trump. But she would leave us with a higher hope, perhaps by juxtaposing our current interregnum with the what might have been of a Bill Moyers presidency.