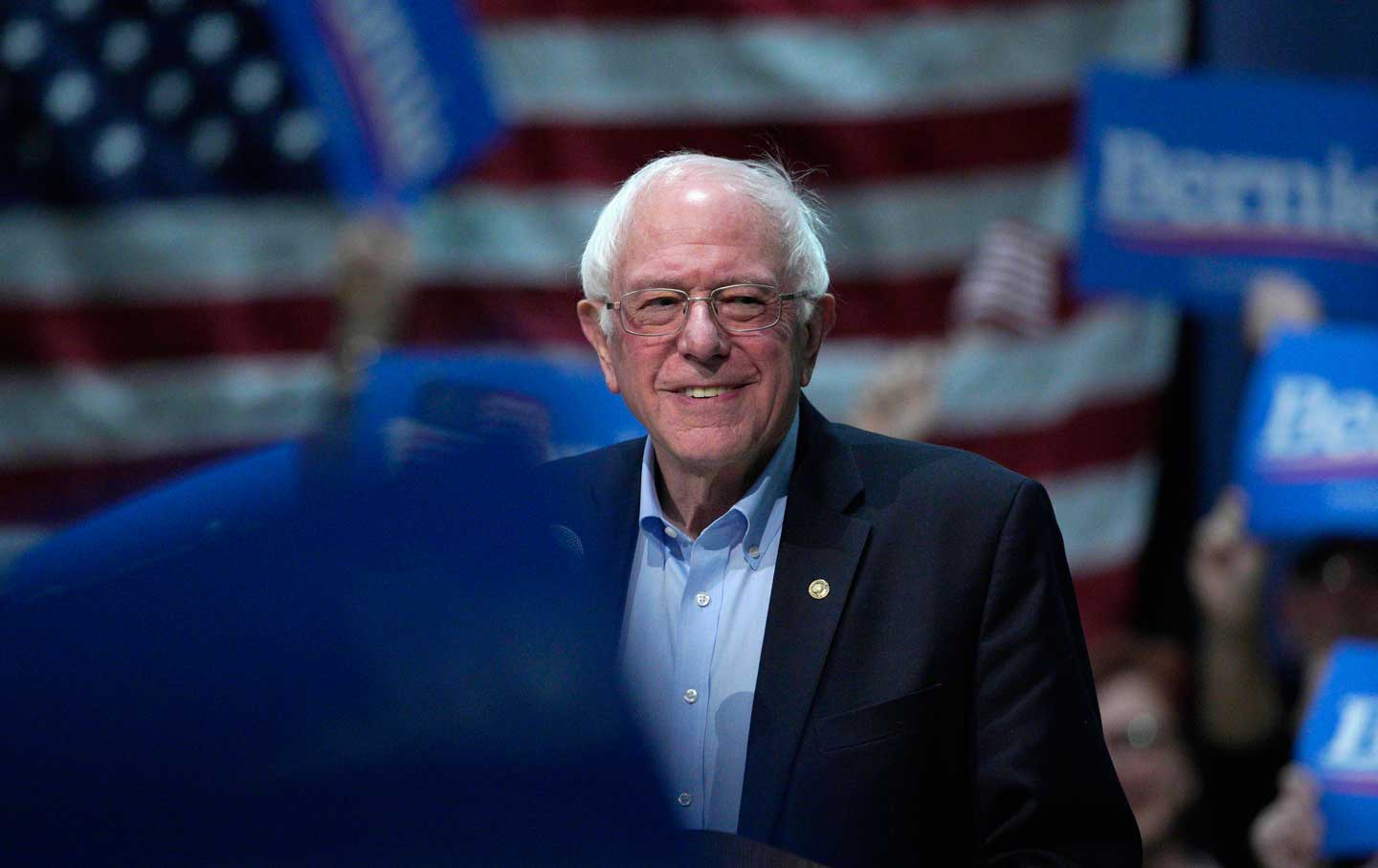 During the Reagan era, ultraconservative columnist James Kilpatrick, a notorious segregationist since the southern Massive Resistance campaign against the 1954 Brown decision, took up the right-wing attack on Social Security from a novel angle. He opposed the program as discriminatory against African Americans because black men were statistically less likely than whites to live long enough to receive the old-age benefits. That was likely the only time in his public life Kilpatrick expressed anything that might seem like sympathy for black Americans.

A decade or so later, many advocates of the welfare “reform” that ended the federal government’s 60-year commitment to provide income support for the indigent similarly couched their efforts in feigned concern to help poor black people break a supposedly distinctive “cycle of poverty.” Similar disingenuous tears have accompanied the federal government’s retreat since the 1990s from direct provision of affordable housing for the poor. Thus, a racist premise that there’s a special sort of black poverty became a way to spin cutting public benefits for poor people as a supposedly anti-racist, anti-poverty strategy.

Now, despite abundant evidence to the contrary, the charter-school industry and its advocates also make such claims, asserting that charters offer unique opportunities for poor African-American children. On those grounds, for example, The Washington Post recently attacked the Bernie Sanders campaign’s Thurgood Marshall Plan for Public Education, which, among other features, supports the NAACP’s call for a “moratorium on public funds for charter school expansion until a national audit has been conducted to determine the impact of charter growth in each state.” In a May 27 masthead editorial, the Post described charterization as a civil-rights issue, claiming that charter schools can remedy the “most enduring—and unforgivable—civil rights offense in our country today [which] is the consigning of so many poor, often minority children to failing schools.” To justify that claim, the editorial cites research indicating that black students in charter schools “gained an additional 59 days of learning in math and 44 days in reading per year compared with traditional school counterparts.”

But that says nothing about how charter schools actually perform or what their impacts are on students, communities, and public-school systems. Here are some facts.

A 2008 analysis of 47 studies conducted from 1999 to that year found that “on the whole, charters perform similarly to traditional public schools.” A 2009 16-state study found that only 17 percent of charters outperformed traditional schools in math, while 46 percent showed no significant difference, and 37 percent actually underperformed public schools. A 2013 follow-up 27-state study found improved results for charters, but that study has been sharply criticized on technical and substantive grounds. And that is despite the fact that charter schools can “cream” enrollments in ways that traditional public schools cannot—for example, by imposing restrictive admission criteria, steering away less desirable students, and pushing out poorly performing ones.

Unsurprisingly, therefore, charter schools are more racially segregated than their traditional public-school counterparts. An AP analysis of charter schools nationally found that “While 4 percent of traditional public schools are 99 percent minority, the figure is 17 percent for charters. In cities, where most charters are located, 25 percent of charters are over 99 percent nonwhite, compared to 10 percent for traditional schools.”

Similarly, national research has shown that nonwhite and disabled students are disciplined, including with out-of-school suspension, at significantly higher rates than their counterparts in traditional public schools. Between 2002-2017, at least 30 percent of new charter schools in California both opened in places with no need for additional classroom space and failed to provide an education superior to that in neighboring public schools.

As is a common occurrence in the privatization of public functions, lack of effective public oversight has provided the charter-school industry great opportunities for fraud and corruption. A 2019 national study by the Network for Public Education concluded among its findings that “Hundreds of millions of federal taxpayer dollars have been awarded to charter schools that never opened or opened and then shut down. Only a few months before the Washington Post editorial attacking Senator Sanders’s support for the NAACP’s call for a moratorium on charters, the newspaper published an investigative article exploring the nightmarish uncertainty that sudden closure of fly-by-night charter schools can inflict upon students and their parents.

Parents and students lose out in other ways as well from the charter-school boondoggle. Despite charter advocates’ claims that public funds devoted to charter schools do not harm public systems, the evidence tells a different story. A 2018 study of three California school districts found that each has suffered serious net fiscal shortfalls as a result of unconstrained charter expansion. In 2016–17 the shortfall for the Oakland Unified School District was $57.3 million—nearly the exact amount of the district’s expenditure on charters; for the San Diego Unified School District the shortfall was $65.9 million, and for Santa Clara County’s East Side Union High School District it was $19.3 million. Reports from Pennsylvania and New Jersey also indicate that charter expansion has created significant budgetary problems for public-school districts.

The charter industry is about profiting off education. In addition to the officially for-profit companies involved, even many charter nonprofits are structured in ways that enable people and businesses to make money off them. Charter operators and affiliated entities have used public funds to obtain and privately own valuable urban real estate.

Moreover, administrative overhead for charter schools is often more than twice that of district schools, and charter executive salaries far exceed those of district administrators. A 2017 report found that in post-Katrina New Orleans, long touted as the Shangri-la of charterization, administrative spending per pupil had increased by 66 percent, while instructional spending had declined by 10 percent.

Bad as the out-and-out fraudsters and get-rich-quick schemers are, the most dangerous and destructive elements in the charter-school industry are the billionaire “philanthropists” like Bill Gates, Walmart’s Walton family, and Eli Broad, the hedge-fund operators, corporate chains, and their minions in think tanks and on op-ed pages, who, out of ideological and commercial motives, have for some time been plotting the privatization of public schools and the destruction of public education as anything more than an underfunded holding pen for the least profitable students.

Joanne Barkan’s powerful essay, “Death by a Thousand Cuts: The Story of Privatizing Public Education,” made available by Valerie Strauss at The Washington Post, makes clear that the charter-school industry has always been intent on destruction of public education and its replacement by a private, market-driven system, ideally with profits guaranteed through public expenditures. That agenda requires undermining public accountability and democratic oversight, a commitment shared by the freelance billionaire “reformers” whose toxic blend of arrogance and avarice emboldens them to contend that, despite utter lack of expertise, they know better than teachers and education professionals, or even parents, what students need. Thus the charterizers’ arsenal depends on eliminating elected school boards and breaking teachers unions, which they stigmatize as protectors of greedy, lazy, backward-looking and incompetent time-servers and enemies of students.

Of course, teachers’ unions are the charter industry’s bête noire for a more old-school reason as well: There is no place for them in the business model. Charter-school teachers are paid less than teachers at traditional public schools, are less experienced, less likely to be certified, less satisfied with their jobs, have higher rates of turnover, and most important, are much more likely to be at-will employees who can be dismissed without cause. The charter-school industry has been able to impose these clearly less-desirable working conditions on teachers partly through taking advantage of young, idealistic people funneled from outfits like Teach For America. And the long campaign stigmatizing public-school teachers, as well as other public workers, and their unions as the equivalent of lazy welfare queens has enabled propagation of a narrative projecting the image of fresh-faced, energetic young elite-college graduates as more effective and desirable than experienced teachers. Beyond that, “reform” often relies on eliminating teachers altogether in favor of “technology” in the form of replacement of actual teachers of any sort by online instruction, which is the “fastest-growing sector of the for-profit charter industry” even though “most studies show these schools have also produced the worst educational outcomes.”

Simply put, charter advocates’ sanctimonious bluster about charterization as a civil-rights issue is deeply disingenuous, and the attacks on Bernie Sanders as racist for joining the NAACP in opposing it are repugnant. What education scholar Huriya Jabbar describes as the “uberization” of the teaching profession harms students and disproportionately nonwhite and poor ones, to be sure. In de-skilling teachers and reducing their working conditions and standard of living, it also is an attack on the African-American middle class, of which teachers have been a key element for more than a generation, especially in urban areas. In New Orleans, for example, in the nine years after Katrina the percentage of African-American teachers fell from 71 to 49. Other cities have experienced similar but less dramatic reductions in the representation of black and Hispanic teachers under neoliberal education reform. We are hard pressed to believe that eliminating or debasing black adults’ jobs can enhance black children’s educational experience.

The charter-school industry may be on the ropes, the victim of its own successes, which have exposed the reactionary, inegalitarian realities that often lie beneath the bogus promises. That no doubt is what leads its mouthpieces, including what Diane Ravitch aptly describes as its many “Astro-Turf Disrupters,” to reach for the preposterous claim that destruction of public schools is a civil-rights objective. Amy Wilkins denounced Sanders’s Thurgood Marshall Plan as “galling” and asserts that “What Brown v. Board of Education did was say that government can’t tell black parents which schools they can and can’t send their kids to. What Senator Sanders is saying with his attempt to limit charter schools is telling black parents, who overwhelmingly support charters, that they can’t send their kids to charters any more.” In the first place, black and Hispanic support expressed for charter schools is not so great as Wilkins suggests, and drops substantially when respondents understand that funding for charters comes at the expense of traditional public schools. A recent statewide California poll found that only 36 percent of African Americans support charter schools, and 56 percent oppose charters. And 56 percent of African American respondents indicated that they opposed charter schools in general. Second, as senior vice president of the National Alliance for Public Charter Schools, Wilkins is hardly a neutral voice. Far from it: Her group has received more than $16 million from the Walton family to promote charters among African Americans. Third, she strategically misreads what was at stake in Brown. The Court affirmed that black children must have equal access to education as a publicly provided good, and that is precisely what the charter-school industry is out to undermine.

The great German socialist August Bebel is often credited with the remark that “anti-Semitism is the socialism of fools.” How reactionary political interests in the United States have managed in the course of a few decades to deploy race both against and ostensibly in favor of African Americans in pursuit of the same sorts of attack on public goods, even the idea of the public itself, should be a lesson for us all.