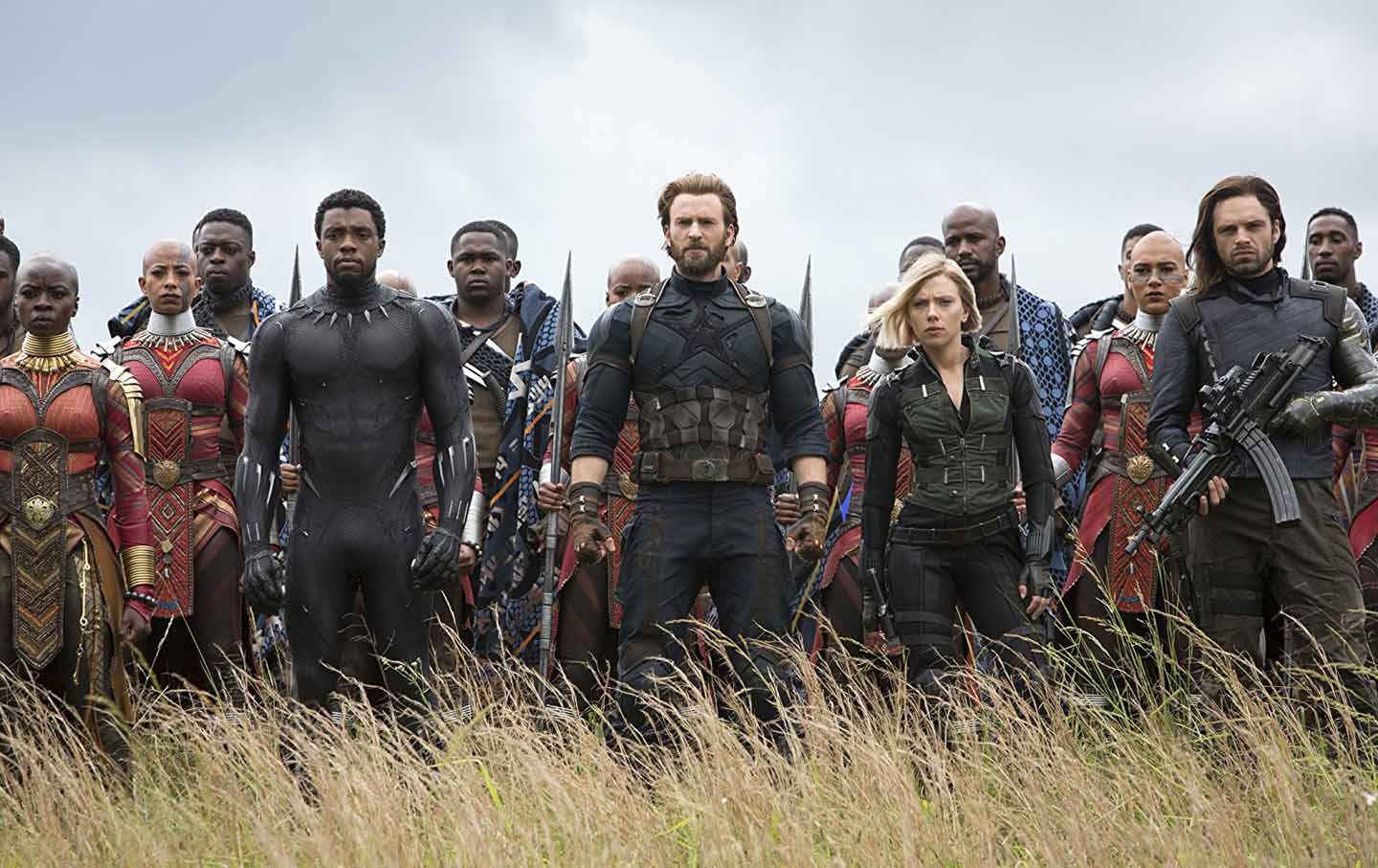 I’d be tempted to call them numberless, all the cameo appearances that Stan Lee has made in movies based on his Marvel comics, except that IMDb has counted 32, the most recent being his turn as a school-bus driver in Avengers: Infinity War. My favorite of the Marvelmeister’s walk-ons, though, is not in any film but in Michael Chabon’s novel The Amazing Adventures of Kavalier & Clay, where Lee kibitzes over breakfast with other historical funny-book men in the Excelsior Cafeteria on Second Avenue.

The year is 1954 (God alone knows the year of Avengers: Infinity War), and Lee is as worried as any of his compatriots about an impending congressional investigation into their corrupting influence on America’s youth. Here as elsewhere in the novel, Chabon reminds you that people thought of comic books as the disreputable trade of men with arrested talents and crude taste, who profited off childish minds at a dime a throw. To the MBA mentality that nowadays passes as mature, Lee’s genius appears in hindsight as the entrepreneurial feat of having converted such dross into an empire worth billions. To Chabon, though, it was precisely the cheapness of comic books that made them glorious and even magical, with their muck capable of soaking up blatant wish fulfillments, unembarrassed desires, visions that were literally fugitive.

Which is to say, I don’t care whether Avengers: Infinity War disappoints or surpasses the forecasts of industry analysts. Nor am I going to write off the movie solely because it’s the latest in a series of products financed, shaped, and marketed by a powerful corporation. (It’s a little late in the day—almost 100 years late—to doubt whether works born of a big company can really be art.) My only question is whether enough old-fashioned, unadulterated crap survives in this picture to make it worth a few hours of your time.

Avengers: Infinity War certainly can’t compare with other recent fantasies like Mad Max: Fury Road and The Shape of Water. It lacks the directorial flair of those pictures, their committed performances (nobody here plays for her life like Charlize Theron and Sally Hawkins), their full-throated themes. (All that Avengers: Infinity War has to say about the world is that Malthusian genocide would be wrong. Noted.) The film’s one true distinction is that it cannot stand on its own. Not only is it incomplete despite a running time of 149 minutes (there will be a second part), but its action would be meaningless to anyone who hasn’t seen a good many previous Marvel pictures. This isn’t a question of a plot’s being spun out over three, four, or five films, as is now common. It’s the exceptional matter of disparate plots being sucked together, for the purpose of giving fans more than 20 popular characters at one sitting. 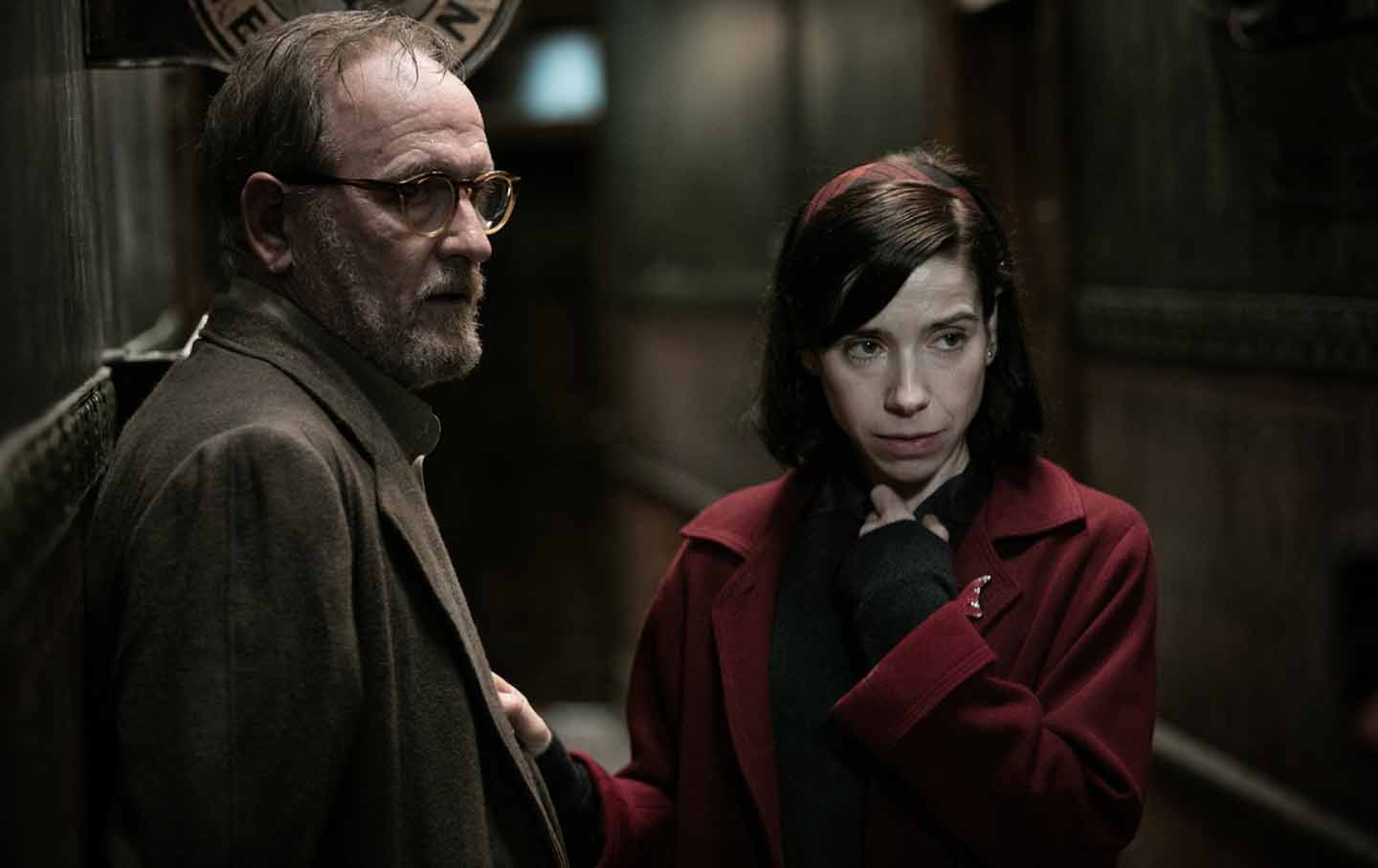 By “characters,” of course, I mean the fusions of actor and role that audiences greet with cheers when Chris Evans shows up as Captain America, or Chadwick Boseman as Black Panther. Despite the film’s near-perpetual flow of mayhem, from New York City streets to spaceship interiors to the blasted surfaces of derelict planets, much of Avengers: Infinity War plays like late Howard Hawks, in that there’s little more to contemplate than characters teasing each other. Audiences know the quirks of these screen personalities so well, and have grown so fond of them, that the directors of Avengers: Infinity War, Anthony and Joe Russo, can get their biggest laugh just by having the usually flippant Robert Downey Jr./Iron Man stand still for five seconds in speechless exasperation.

That said, screenwriters Christopher Markus and Stephen McFeely have supplied a story, which appropriately (given the goal of bringing together as many characters as possible) is a tale about achieving a prophesied outcome by collecting things. This organizational pattern runs so deep in our imaginations that you’d have to call it preliterary. It’s the basis of every scavenger hunt, and of fictions that include Harry Potter and the Deathly Hallows; Steven Spielberg’s recent, not uninteresting Ready Player One; and even Macbeth (a play about a man who step-by-step amasses promised titles and ordained catastrophes). In Avengers: Infinity War, the objects that must be sought are magical gemstones. Their pursuer, zooming through the galaxy in a giant spokeless Ferris wheel, is Josh Brolin, who has been animated to look very large and purple, with a chin like a locomotive’s cowcatcher, as the idealistic mass murderer Thanos.

Thanos has his moments of pain and dread—but none, needless to say, as deep as those of his fellow serial killer Macbeth, or as rich as the thematic ambiguities and poetic extravagances that enmesh the Scottish tyrant. The Russo brothers are working for the simpler satisfaction of sheer agglomeration, and they go about their task without a trace of the cinematic sensibility that would be a rough equivalent to Shakespeare’s poetry. You needn’t think The Shape of Water is a masterpiece to understand what Guillermo del Toro meant when he spoke of wanting to create a monster movie in the style of Douglas Sirk. It was the idea of a born filmmaker, someone who feels how an effect of light, an angle of view, and a camera movement can combine to make meaning. Whether the Russo brothers can do that sort of thing, I don’t know, but it’s apparent they didn’t even think to try. Having risen in the business by working on quirky television sitcoms, they’re all about pace: Just keep the dialogue bouncing and the actors in frame.

And there you have the redeeming unadulterated crap. Though the Russos’ expensively produced “film” is currently playing in theaters, where exhibitors score extra cash by providing 3-D, Avengers: Infinity War already looks like it belongs on handheld screens, computer monitors, and household panels. For all its commercial mass, it floats along without the gravity of self-importance, as if it were any other item that might be called up or dismissed from the day’s menu of diversions. It’s not, of course. The so-called Marvel Universe is so large that Avengers: Infinity War can be almost entirely self-referential, holding itself aloof from the rest of pop culture. At one point, in fact, Iron Man in effect orders Tom Holland/Spider-Man to stop mentioning movies from outside the Marvel bubble—but that only adds to the sense of weightlessness.

Having grown up in movie culture, I feel a pang at this sign of its demise. But I also honor the humble wish that this new product fulfills. It offers audiences more than thrills, fantasies of power, or visions of riches. It gives them a temporary community; it stages a reunion. Hail, Avengers: Infinity War! The gang’s all here.