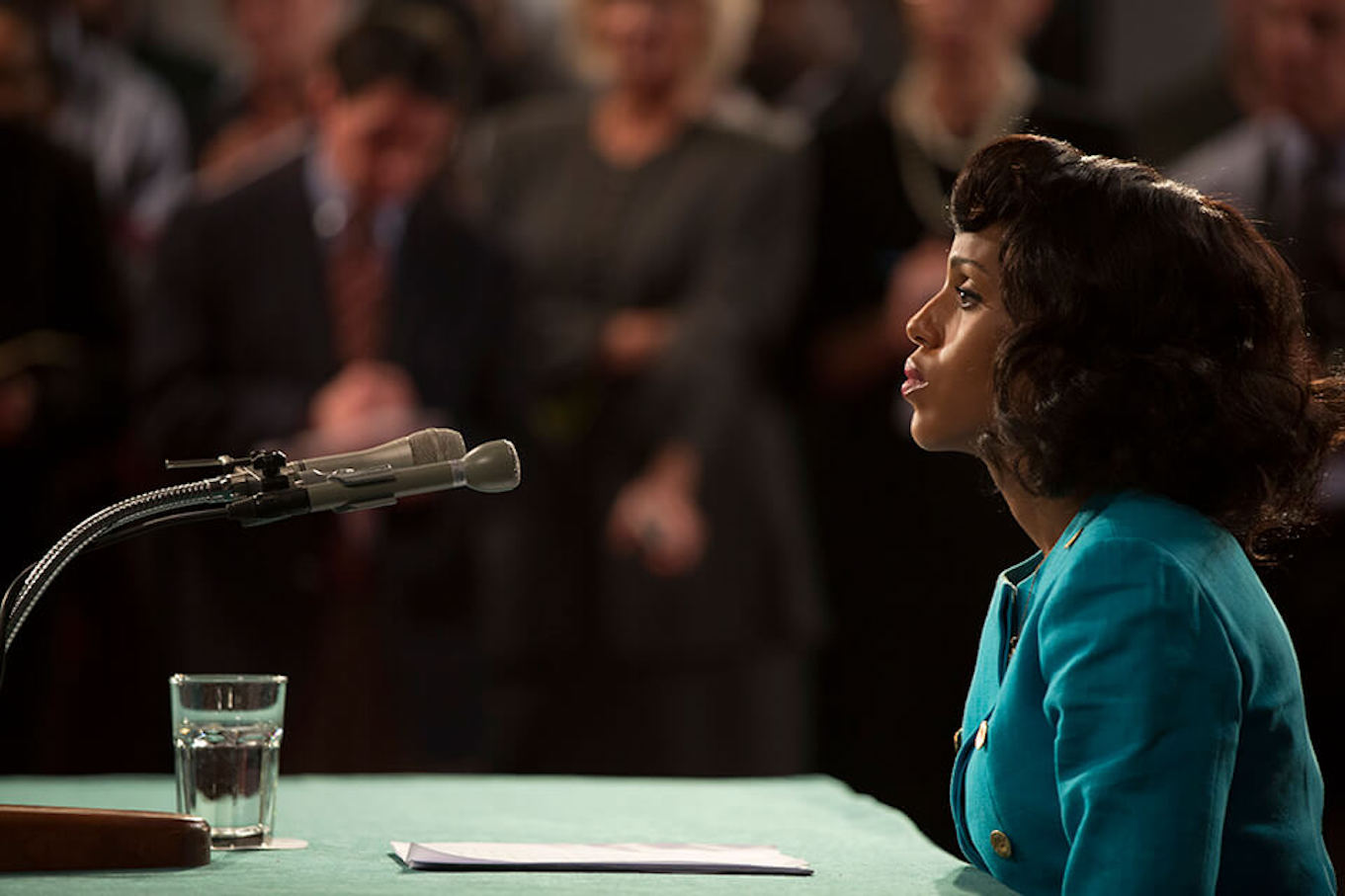 For those of us who witnessed them, the US Senate Judiciary Committee Hearings of October 1991 will remain forever etched in our memories. For three days, the hearings were broadcast live across every channel on the dial. We watched with bated breath as Clarence Thomas, George H. W. Bush’s beleaguered nominee for the Supreme Court, defended himself against charges of sexual harassment levied by Anita Hill, a former employee who’d worked as his personal assistant 10 years earlier. It was reality television at its inception; far more compelling than the latest string of flashy adaptations of real-life legal dramas: Netflix’s Making a Murderer, FX’s The People v. OJ Simpson. The story’s characters were archetypal: Thomas with his barely concealed rage; and Hill, a 35-year-old law professor at the University of Oklahoma, who was so measured, so thoroughly composed that it was unnerving.

Now, 25 years later, HBO has recreated that historical moment with the film Confirmation, directed by Rick Famuyiwa, which premiered Saturday night and features Kerry Washington (star of ABC’s Scandal) as Hill. (Washington also served as executive producer on the film.) Confirmation is a story for a new generation of viewers—many of whom have most likely never heard of Hill, and possibly not even Thomas, and can scarcely imagine how difficult it must have been at that time for a woman—much less a black woman—to come forward publicly with a claim of sexual harassment against a nominee for the Supreme Court.

The film is worth watching for this reason alone. It’s always surprising to me when my journalism students at Hofstra University don’t know where the courtesy title “Ms.” comes from, or when they didn’t realize that in my lifetime women couldn’t get a mortgage or a credit card without a husband or father’s signature. It’s important that they know this history, that they know how routine it was (and still is) for male superiors to harass female employees sexually.

Confirmation clearly takes Hill’s side in the matter, portraying her as a courageous and morally impeccable hero. But in 1991, the evidence wasn’t so clear.

While Clarence Thomas enjoyed President Bush’s support throughout his ordeal (“100 percent behind him,” as Bush put it in the film), when it was all over, only 34 percent of the American public believed Hill.

These moments are all relived brilliantly, in all their strangeness, in the film.

Nevertheless, Hill stood her ground in the face of public interrogation by a Senate committee made up of 14 white men. She told about Thomas’s repeated attempts to date her when she worked at the Department of Education and, later, at the Equal Employment Opportunity Commission. She claimed that he regaled her with descriptions of pornography he’d seen showing women having sex with animals, graphic descriptions of his own larger-than-average sexual anatomy, commentary about women with large breasts, and explicit details of his sexual activities. Then, in one of her most troubling recollections, Hill said that Thomas once complained, aloud, in the office, about finding a pubic hair on his can of Coke.

These moments are all relived brilliantly, in all their strangeness, in the film.

But perhaps more importantly, the film reminds us that for all her composure during these hearings, Hill was an exceedingly reluctant hero. Through her work at the EEOC, she’d seen how ordinary women’s lives had been turned upside down, simply “because they spoke out against a manager at a diner.” “What do you think would happen to me?” she asked a colleague in one scene. She understood firsthand that when women come forward in cases like these “the victim tends to become the villain.”

“It would have been more comfortable to remain silent,” as Hill explained during the film version of the torturous proceedings. “I took no initiative to inform anyone. But when I was asked by a representative of this committee to report my experience, I felt that I had to tell the truth. I could not keep silent.” And with those words, she gathered her typed papers into a stack and cinched them together with a paper clip.

Thomas (Wendell Pierce), for his part, lambasted the hearings when facing the committee, calling them a “travesty,” “disgusting,” a “circus,” and a “national disgrace.” But of course, what he’s most famous for are four simple words that would forever haunt us as a catchall phrase for his defense. They came at that key moment in the proceedings when he told the senators that their proceedings were nothing more than “a high-tech lynching.”

“A high-tech lynching for uppity blacks,” he said, “who in any way deign to think for themselves, do for themselves, have different ideas. And it is a message that unless you kowtow to the old order, this is what will happen to you. You will be lynched. Destroyed. Caricatured. By a committee of the US Senate, rather than hung from a tree.” It worked. As Charles Ogletree (Jeffrey Wright), Hill’s legal counsel, put it in the film, “Do you think any of those white boys on that committee are prepared to challenge him now?”

But there are moments in Confirmation that paint a fuller picture of what may and may not have happened all those years ago between Hill and Thomas. Who knew, for example, that there was another woman who’d gone to Washington, DC, to testify against Thomas, but was never given the opportunity to do so? Angela Wright (Jennifer Hudson) also worked for Thomas at the Equal Employment Opportunity Commission. She was subpoenaed by the Senate and went to Washington prepared to testify that he also pressured her to date him, that he showed up at her house at night uninvited, and that once he even asked for her breast size.

If there is any flaw in Confirmation, it’s that we actually saw chinks in the armor of the real-life Anita Hill: those rare moments when her voice faltered, those glimmers of wetness in her eyes. Kerry Washington’s Hill is slightly less penetrable. It’s a subtle difference, but an important one. Because what made Hill so compelling was that her strength was coupled with such astonishing vulnerability. She didn’t want to have to speak for all of us, but she did. Confirmation serves as yet another reminder that her voice continues to reverberate, even today.