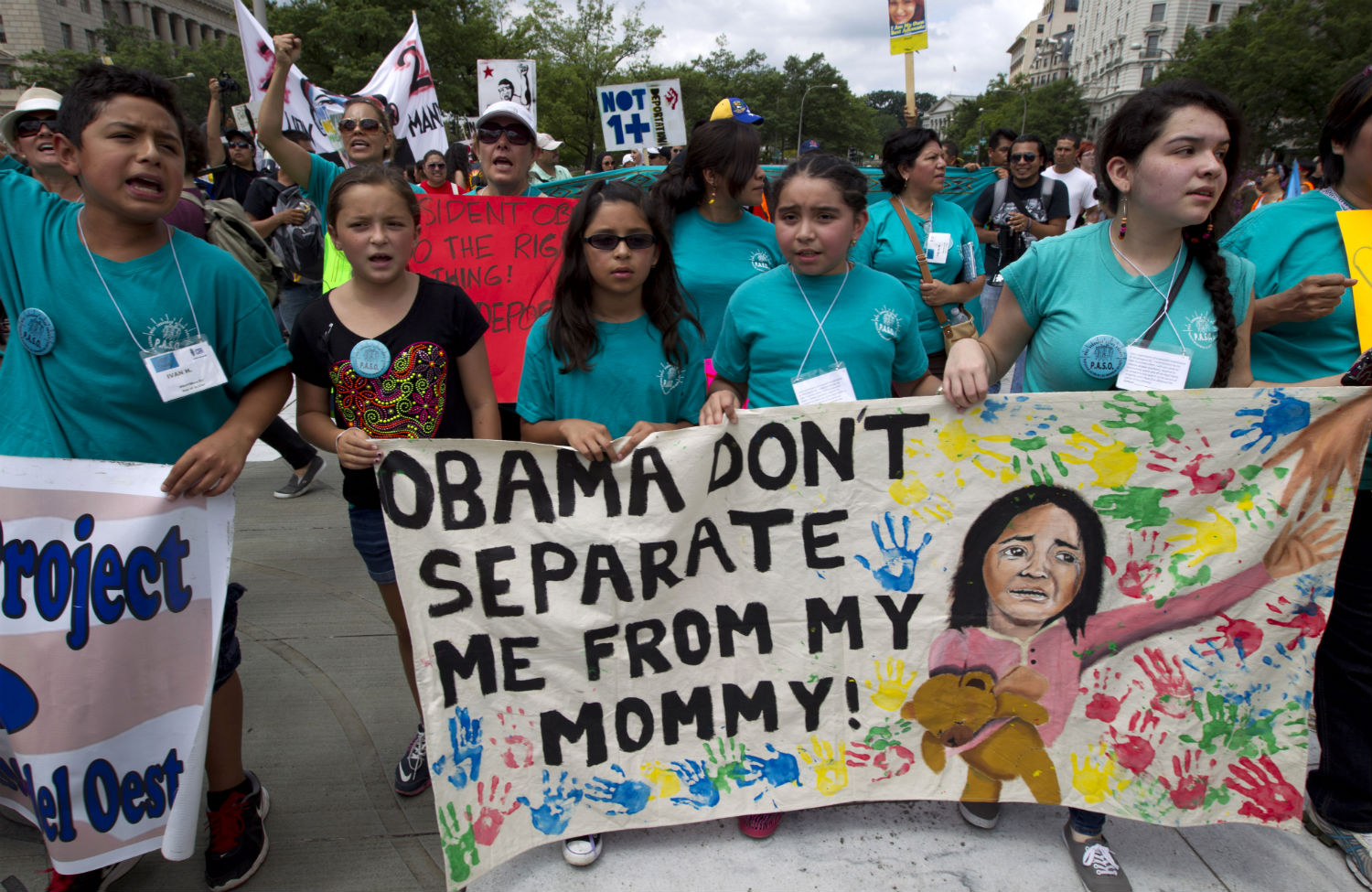 Until Saturday, 14-year-old Elena Marquez was full of hope—hope for herself and her siblings and, she told me, for other kids whose parents are undocumented. Then she heard that President Obama had decided to delay taking executive action on immigration until after the midterm elections. “He said, yes, he will, and then he won’t,” said Marquez, who lives in Homestead, Florida, and is a US citizen. “Why can’t the president make one choice?”

Marquez’s father was deported to Guatemala two years ago. She’s concerned about her mother—not just that she’ll be deported but also about the daily toll of living without papers. “My mom doesn’t have a doctor or a dentist or nothing, but we do. And to me that’s not fair. She doesn’t have the rights that we have,” she said.

The delay also forces Latino and immigrant rights groups to recalibrate their political strategy. “There was a sense that we could get the executive order out of the way so we could focus in a really strong way on the election and getting Latinos out to the polls,” said Arturo Carmona, executive director of Presente.org. “This only forces us to continue to hold the president and Democrats accountable to a major constituency that has proven loyal but is certainly not locked in stone.”

Democrats have tried to keep the focus on House Republicans’ refusal to vote on comprehensive immigration reform legislation. But Tania Unzueta, an organizer with the National Day Laborers Organizing Network, said that message isn’t resonating with the community now. “Our focus is going to be on making sure administrative relief happens. Right now, folks who can put that pressure on the president—that’s the Democrats.”

Activists are discussing a variety of strategies to respond to the delay, including work stoppages, national demonstrations and turning up the pressure on Democratic candidates in key districts. At least one group, Puente Arizona, has called for a boycott of the vote. “We cannot support a party that is destroying our families,” the organization’s director, Carlos Garcia, said in a statement.

“Frankly, I’m not surprised,” said Carmona, although he noted that his organization would continue to encourage civic participation. “There are some legitimate voices and groups saying, ‘This has gotten out of control and we should not participate.’”

Some organizers think the delay will impact Latino participation even if calls for a formal boycott never get traction. “People aren’t calling for a boycott out of nowhere,” said Unzueta, who is undocumented herself. “It’s something we’ve been hearing that is already happening in immigrant communities—maybe not as an organized campaign, but people don’t want to go out to vote. They don’t care this time around.”

That might not matter to Democrats this year. The crucial Senate races are in states where Hispanic voters make up a small share of the electorate—with the exception of Colorado—where strategists think women’s economic issues are key, and where unilateral action might have given the GOP the fire it needed to light up the base.

But the Hispanic vote will be critical for Democrats in 2016. There’s little chance the delay will drive that block into the arms of the GOP, since Republicans have backed themselves into a hardline corner on immigration. But what happens if, after years of broken promises and record numbers of deportations, Latinos just stop voting?

Some pundits have suggested that the delay could actually be a win for immigrants in the end, because the president will be freer, in political if not legal terms, to issue a broad order after the election. Such speculation is cold comfort for people wondering if they’ll be among those who will be deported between now and the midterms. And there’s no guarantee Obama will ever issue the executive orders, particularly with control of the Senate uncertain; clearly, his plans to do so are vulnerable to shifts in the political winds.

“At this point the president has lost so much credibility with the immigrant and the Latino community,” Carmona said. “We don’t buy it at all.”

Meanwhile, the Beltway obsession with the optics and the politics of executive action—and now its delay—has gone a long way to erase the human implications. “When we talk about pressuring Democrats, it is very much about the faces of the people who I know have a final deportation date before November,” Unzueta told me. “Sometimes it feels like there’s a disconnect between those of us who see those faces every day and hear their stories, and people who see this as a political game.”

Elena Marquez made those costs clear when she spoke about her father at a press conference on Wednesday, even when she was too choked up to talk. “He was an honest man,” she managed to say. She stood back, letting other children who’d come from Florida to share stories about parents who’d been deported take their turn at the podium. For a long while the tears continued to slide down her chin and fall to the floor.