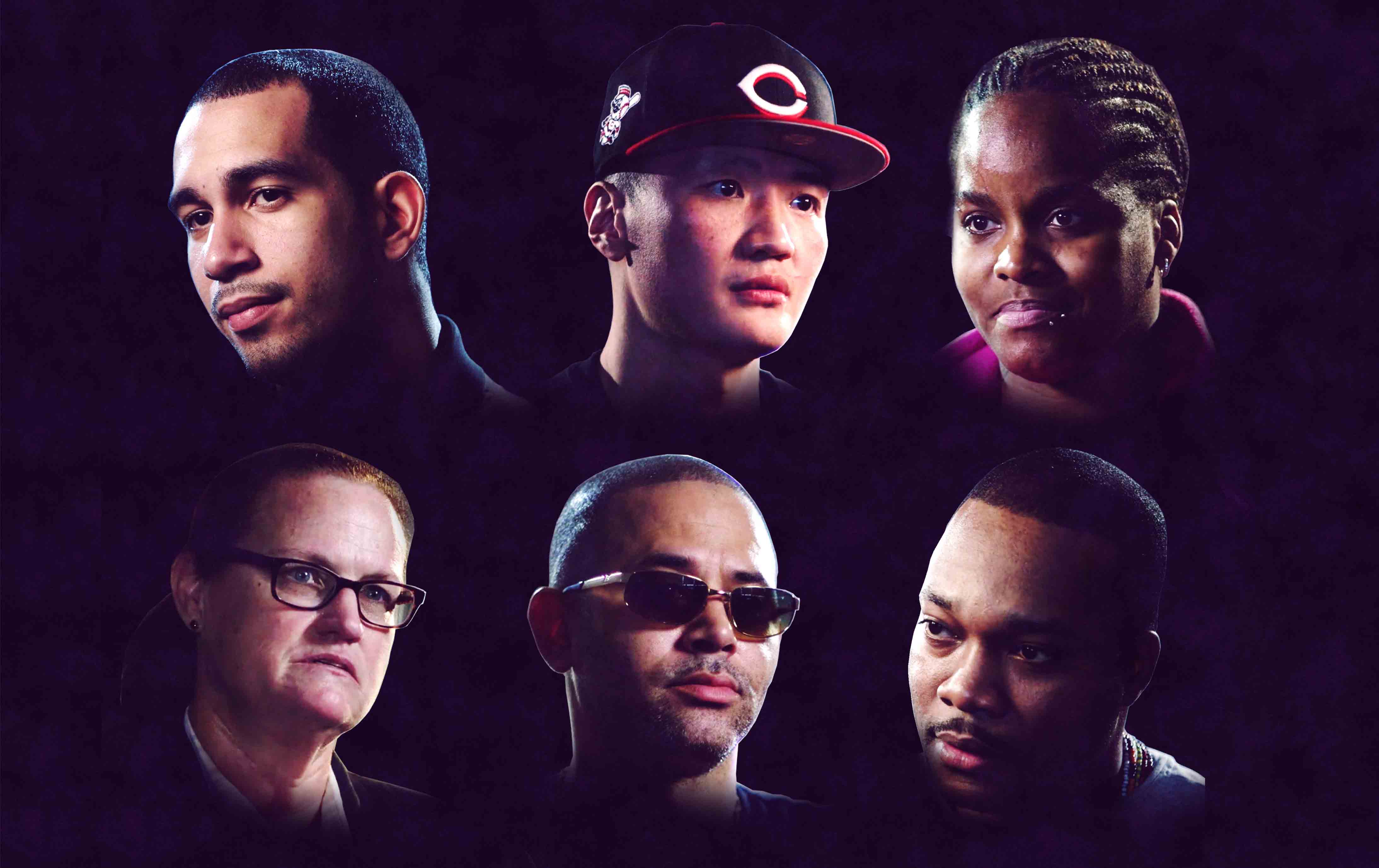 Six weeks ago, an independent commission led by former chief judge of the New York State Court of Appeals Jonathan Lippman released a report calling for the closing of the Rikers Island correctional facility and changes in the criminal-justice system. According to journalist and documentarian Bill Moyers, who served as executive editor of the new film Rikers: An American Jail, “Lippman saw Rikers [before the report came out] and insisted that all of the members of the commission see the film.” Moyers, who has won more than 30 Emmy Awards, made the comment during a talkback with Oscar-winning actor Tim Robbins at a benefit screening of Rikers for The Actors’ Gang, the Los Angeles theater company Robbins founded, which presents acting workshops in California prisons.1

Rikers is the “first feature-length documentary with inmates telling their own stories” at any major jail or prison, 82-year-old Moyers said in an interview. And what harrowing, dehumanizing sagas they are, with about a dozen interviewees—culled from around 200 subjects, most of them people of color—describing what Moyers dubbed “a culture of cruelty.” They vividly articulate the experience of entering the notorious facility on Rikers Island in New York’s East River; the brutal struggle for survival in and out of solitary confinement; then grappling with release back into a disorienting world where being branded an ex-con makes finding a job nearly impossible.2

How Closing a Jail Could Make New York City Stronger

Former inmate and rapper Raymond Yu, aka China Mac, described arriving at Rikers as “like going into the belly of the beast,” where “everybody’s screaming and it just sounds like a madhouse.” Indeed, the film asserts that 40 percent of detainees are diagnosed with mental illness; amid frequent violence committed by other inmates as well as corrections officers, one “can never be sound asleep in prison,” Yu laments. A City Health Department report found that in one year those incarcerated at Rikers suffered 8,557 injuries. Kathy Morse, a white woman shattered by the wretchedness she experienced behind bars, reports being sexually assaulted in the shower by four inmates. And, driven to distraction, prisoners in solitary for hundreds of days literally count the roaches and rats or imagine that a diminutive cell’s paint chips are movies.3

Most of Rikers, produced by three-time Emmy winner and longtime Moyers collaborator Marc Levin, consists of talking heads, although the filmmakers, who had limited access to Rikers, intercut the 56-minute documentary with aerial shots and surveillance footage. The latter shows Kalief Browder, a young black man detained at Rikers for three years while awaiting a trial for purportedly stealing a backpack, and who always maintained his innocence, being viciously assaulted by corrections officers. After his release, Browder was so traumatized by his Rikers ordeal, which included stints in solitary, that he committed suicide—which some of the film’s subjects also considered doing. The tales they tell the camera are gripping; as Moyers says, “Human faces are the best special effects.”4

The commission led by Lippman recommended closing Rikers within 10 years and constructing five smaller jails, one per borough. The report also advocated ending pretrial incarceration of those accused of committing nonviolent offenses, which would cut the current number of 10,000 inmates in half. According to the documentary, the overwhelming number of inmates at Rikers are awaiting trial and many of them can’t afford to pay bail.6

Mayor Bill de Blasio, who is seeking reelection, changed his position on the plan, publicly endorsing the report before it was formally released. However, de Blasio did not offer much in the way of specifics, and his plan for closing Rikers faces obstacles, as some City Council members and residents oppose it on the grounds that the incarcerated would be jailed in their districts. Opponents “misunderstand the recommendations of the commission,” Moyers argues. “[The commission is] not proposing that these new jails be put in residential neighborhoods. They’re suggesting that in four boroughs the new jails be adjacent to courthouses.” City Council Speaker Melissa Mark-Viverito, who represents part of the Bronx and isn’t facing reelection, has reportedly endorsed putting a jail in the Bronx.7

As for corrections officers’ fears that closing Rikers would drastically reduce the number of jobs for them, Moyers, who was President Lyndon Johnson’s press secretary from 1965 to 1967, says, “I understand their concern about their jobs, but I think they’re leaping to conclusions. Nobody knows yet what the size of the corrections force will be. But everyone agrees—except, perhaps, the guards—there are a number of inmates who do not need to be there; they’re not threats to the public’s safety.” Among those incarcerated in Rikers who can’t afford to pay bail as they wait for trial are inmates accused of nonviolent offenses such as drug use, prostitution, and subway-fare beating. The commission also advocated reclassifying low-level offenses.8

The sold-out Rikers screening at The Actors’ Gang’s Culver City theater raised funds for the company’s Prison Project, with Robbins and several colleagues conducting acting workshops in eight California prisons as a way to put prisoners in touch with their emotions and humanity through the arts. Robbins starred in 1994’s The Shawshank Redemption and was Oscar-nominated for directing 1995’s Dead Man Walking, which rank along with 1932’s I Am a Fugitive from a Chain Gang and 1962’s Birdman of Alcatraz as being among Hollywood’s greatest prison movies. What does the socially committed 58-year-old artist attribute his interest in incarceration to?9

“It’s the way I grew up, where I grew up, and the time I grew up in that led me to more empathy and understanding of what happens in prisons,” says Robbins, who won the Best Supporting Actor Academy Award for his role in the 2003 crime drama Mystic River. “I grew up with a rough bunch in New York and a few of the kids I grew up with wound up in jail. So I never really felt that far removed from the people who wind up in prison. ‘There but for the grace of God go I.’ I was lucky, I had people that guided me in the right direction. But I don’t feel disconnected with the idea that somebody screws up in their life and finds themselves incarcerated. Those two films were informed by that lack of judgment and, also, with Dead Man Walking in particular, a crime that has victims, one has to honor that story as well.”10

Rikers: An American Jail airs on PBS stations in May. You can obtain more information here.11