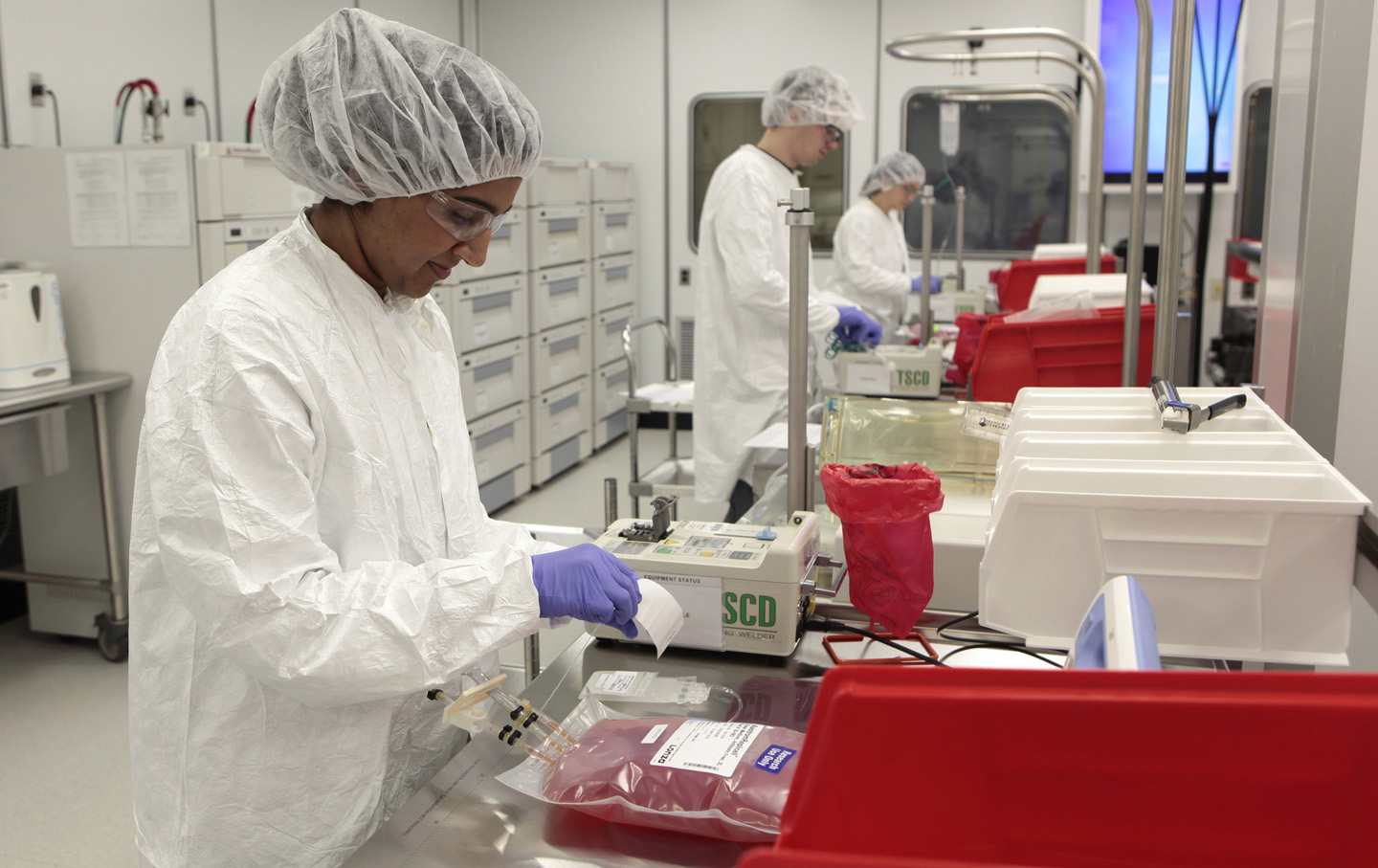 Unless women are somehow only 25 percent as creative as men these days, we have a big problem with our so-called “innovation age.” In one clear measure of who takes the credit for scientific inventions, male inventors dominate about four in five patents originating in the United States.

Granted, the gender gap in American inventorship has narrowed slowly over time. Over the past 40 years, the presence of women among teams of successful patent creators has ticked up steadily, according to an analysis by the Institute for Women’s Policy and Research (IWPR) (supported with funding from Qualcomm). From 1977 to 2010, the share of patents originated by women inventors has quintupled; nonetheless, in 2010, just “fewer than 20 percent of all patents had at least one woman inventor.” This male dominance, of course, reflects patterns in other elite sectors, like corporate management and higher education. But when innovation is the product, that has implications for who gets to set priorities in what we research and create to improve society in critical fields like medicine and information technology.

At this rate, women will have to work for another 60 years before seeing gender parity in patenting. In groups of inventors, patents in which women were the “primary inventors,” rather than supporting members of a team, made up just 8 percent of patents.

A separate study by the National Center for Women and Technology similarly showed women acting as primary inventors in just 7 percent of all information technology-related patents registered between 2006 and 2010. But there has been improvement over the past generation: While women “held only 2 percent of all IT patents in 1980, their share increased to approximately 6 percent in 2005 and 8 percent in 2010.”

The IWPR analysis also showed that teams of multiple inventors for a single patent likewise tended to skew male, leaving women in the minority all around. The tiny sliver of patents claimed by female primary inventors are also “concentrated in patent technologies associated with traditional female roles, such as jewelry and apparel.” However, patents involving women as one of multiple inventors were more diverse, with more representation of women as supporting inventors in fields like radiation imagery and microbiology. This suggests that women are making an impact as inventors in traditionally “male” fields, but for some reason, women are not getting credit as the main innovators behind patents.

Under-representation in STEM (and in key patent-intensive subfields) is only part of the story. Women scientists’ professional networks, for example, tend to be far more limited than men’s—they have access to fewer industry contacts that can help with commercialization, funders, and other peers to help collaborate on research—and often their networks consist mainly of similarly situated peers that are facing the same barriers to patenting as they are.

Lack of gender diversity in STEM fields seems at least a symptom, if not a root cause, of women’s limited access to the kind of social ecosystem that’s needed to cultivate and support innovation. The romantic idea of the lone enterprising inventor (often of the Silicon Valley male-tech-genius variety) stands in stark contrast with the reality of bringing a full-fledged formal invention to market, which requires both personal drive and social support.

Biases in capital investment and corporate culture further shape the demographics of innovation. IWPR researchers note, “Women entrepreneurs are also less likely than comparable men to have access to start-up capital or to receive venture capital funding.” NCWIT’s analysis suggests that in IT, women inventors fare better in academia: Women invented about 9.4 percent of US IT patents that originated from universities, but only about 7.3 percent of patents from private US companies. In computer engineering, most women-led patents come from independent inventors working on their own, outside of tech companies—possibly hinting at the influence of a gendered workplace climate and the controversial dude-heavy corporate cultures for which Silicon Valley has become notorious.

But the bottom line question is whether it really makes a difference who’s inventing things. According to Milli, in science and in life, the presence of women in traditionally male-dominated fields does enhance and diversify intellectual exchange, as well as the fruits of that discourse: “There’s research that suggests that when women are more represented in a country’s political system that tends to produce different policy outcomes that are often more favorable toward women.”

Democratizing science and technology brings concrete benefits to society as well, in terms of bringing underrepresented groups into industry and research that ultimately determines the way all of us live, work and communicate.

Gendered life experiences can directly shape invention, and not just in consumer products where women inventors are more prevalent. Perhaps developing cervical-cancer screening technology or therapy for menopausal women might benefit from more inventors who have had intimate exposure to these issues. One real life example of gender affecting science is an oversight in auto-safety technology research leading to airbags inflating in ways that injured, rather than protected, drivers with breasts.

While not every invention has a male or female orientation, Milli contends that “without women’s representation among innovators, we’re at risk of overlooking technologies (or improvements to technologies) that could benefit a large portion of our population.”

Scientific communities themselves may benefit from gender diversity. The IWPR points out that technology patents created by mixed-gender teams have statistically greater impacts on future research in their field than those produced by single-sex teams, “suggesting that greater diversity may lead to the development of patents that are more useful and successful.”

The more culturally diverse the team, the more diverging ideas must be reconciled, the wider the range of criticism, and perhaps the more inspiring creative tension feeds the group dynamic.

The demonstrated power of gender equity shows that, at its core, invention is a holistic process: The intellectual spark of a great idea doesn’t emerge from instant consensus but from working through healthy friction.