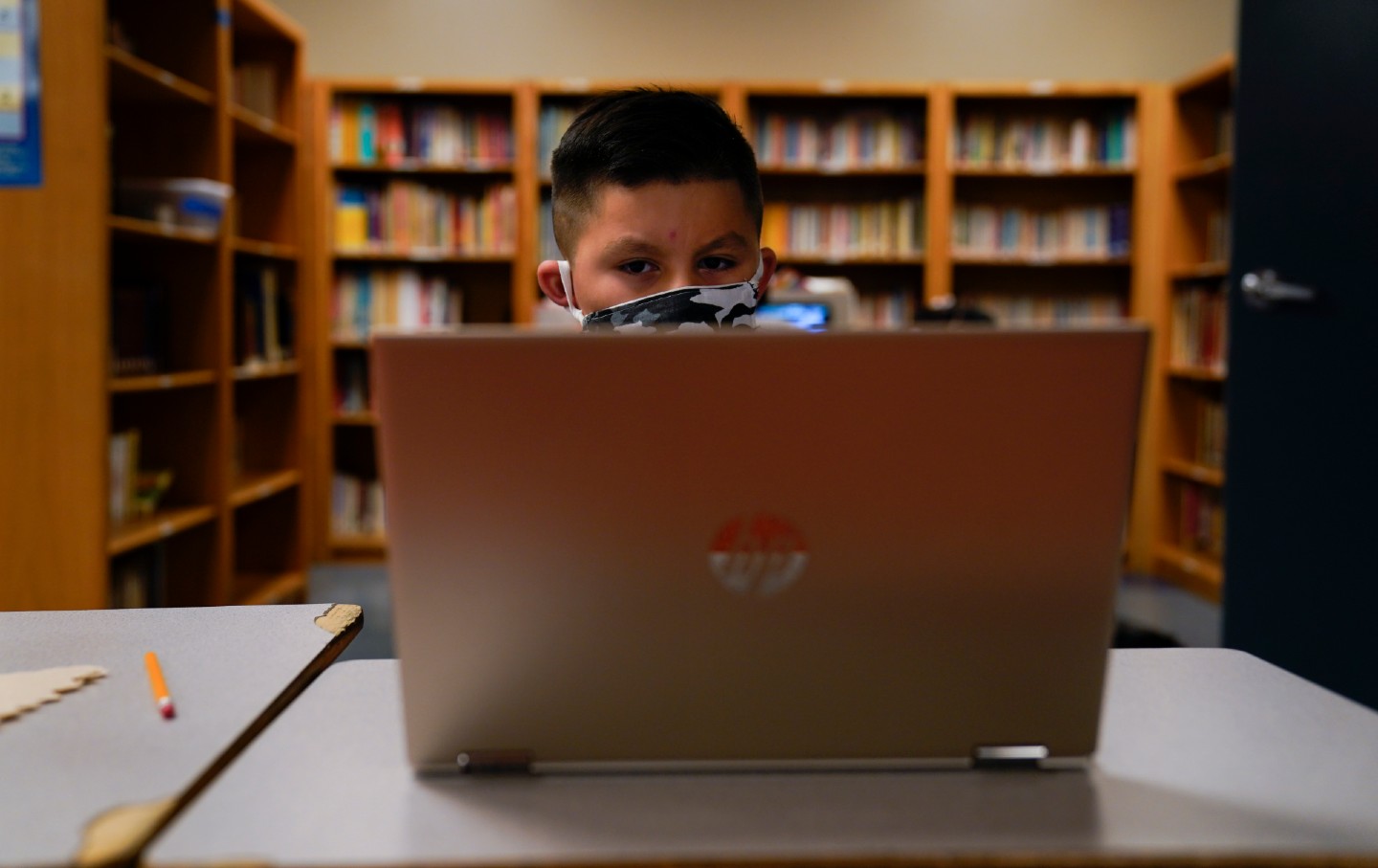 As schools go online nationally amid a recession, the speeding high-unemployment and home-school trains are on a collision course, with working mothers, their families, and the economy set to be mowed down at the crossroads. Unless we switch tracks, quickly.

This fall, many parents must homeschool their children while continuing to work at full-time employment. Those who can’t manage both—many of them women—will have to quit their jobs or reduce their hours, adding to the already huge ranks of the unemployed. In some cases, their spots may be filled by currently unemployed workers without child care responsibilities—creating a major setback to the gender balance of the workforce and leaving many families struggling on reduced incomes.

A new track—a policy that values parenting as national service, rather than seeing it as a distraction, and that invests in getting all quarantined kids an equitable education now—could spread the work around, grow the economy, and carry us to a better place. We need a 21st century WPA—a Working Parents Administration—to face this moment’s challenges head on.

All students can benefit from tutors during the lockdown: Wealthy families have rushed to book them, online and in-person. Why would the non-wealthy need them less? Isolated students in online classes won’t get adequate feedback. Some have parents with both time and education to assist, but many do not—and even those parents aren’t always up-to-date on the curriculum.

As with Internet-enabled devices and digital access, tutors should be available for all students during the pandemic. Since the money to pay them is nowhere in state budgets—and since the point is to avoid rationing education by zip code—the federal government should provide the funds, as it did for the original WPA during the Great Depression. But if Congress doesn’t do so in a timely manner, others should step up—including the businesses counting on an educated next-generation workforce. (That’s all businesses.)

Recessions are contraceptive, and the already-falling US birth rate will plunge over the next years: that means an outsize proportion of our future workforce is in school right now. Which also means we won’t be able to offset this year’s lost educational investment later.

How could such an ambitious program work? By building on resources already in place. At the University of Houston, a tutoring program called ACES connects undergraduate and graduates with at-risk students at schools in the Third Ward (George Floyd’s neighborhood). That in-person program went online this spring and has protocols for vetting and training tutors, and supervising the interactions, so it doesn’t put kids at risk. ACES and others are working with the city to reach more kids this fall, drawing on a combination of government grants and donor funds. University students make great tutors: Recent high-school grads themselves, they understand their tutees’ situations, want to help, and often need the money. Similar programs could start up across the nation, and an online tutor needn’t live nearby.

Elementary and middle school students need more supervision. To address that need, Parenting Pay would be another proactive intervention. Unlike unemployment insurance, which isn’t enough for many families and only lasts for a limited period, Parenting Pay would replace a larger percentage of the parent’s salary (as Germany did this spring), without a fixed term. It would also go directly to working parents—not through the employer as in the current Payroll Protection Program. This would allow parents of rowdy preschoolers to step out entirely for the pandemic’s duration at nearly full pay—or a middle school parent to take less time off, on a prorated basis. To counter gender bias, where there are two parents, both could go part-time.

Such an investment would pay off multiply: It will limit the traumatizing effects of poverty on kids and families, support the economy, and give young kids the attention they need. Businesses will also benefit: They’ll retain for the long term both the expanded insight their more diverse workforce provides (instead of only being able to retain workers without child care responsibilities) and their experienced workers.

Those currently out of work can be hired to spell working parents doing the home/work double shift, for the duration. Parents would need a return-to-work guarantee, like that offered to National Guard and Armed Service members, once schools can safely and consistently reopen. If the downturn disappears their former employer, a new version of the 20th century Work Projects Administration model could find them suitable jobs elsewhere (including infrastructure building)—and could also help find employment for the millions of others who will find themselves without jobs after the pandemic.

This spring, as they struggled to keep themselves and their families safe, working parents were overwhelmed—single working parents even more so. By viewing them as public servants raising the nation’s workforce in a crisis, companies can adjust productivity expectations for parents, while maintaining their pay via the WPA.

We can debate details, but a WPA that uses the Covid-19 crisis to transform national family, education, and work policies would jump-start real education equity and a culture and economy of care. Like the Rosies and the Roscoes who innovated together to meet the many crises of the 1930s and ’40s, “We can do it!”