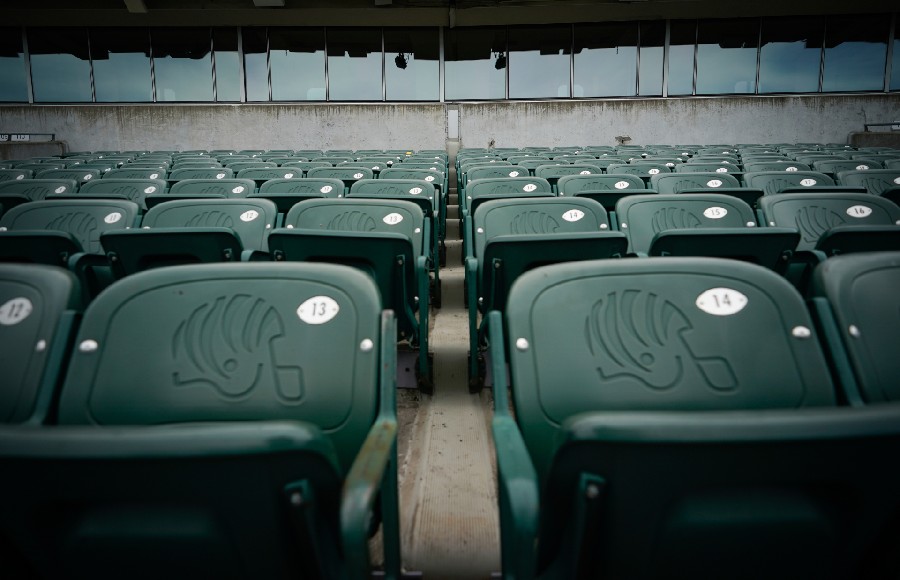 I can’t say it’s not a satisfying sight. Roger Goodell and the National Football League are tap-dancing as fast as they can, desperate to avoid a players’ strike against racism one week out from the start of the season. The league has seen every major sports federation—the NBA, the WNBA, MLB, MLS, even the NHL—cancel games because of player outrage after yet another police shooting, this time of Jacob Blake in Kenosha. Goodell and his fraternity of NFL owners are working overtime to show that they understand players’ concerns and want the league to be a force for racial justice.

This is the same league, of course, that exiled Colin Kaepernick after the 2016 season because he dared take a knee during the national anthem to demonstrate against police impunity. The same league whose franchise owners provided Donald Trump with millions of dollars during the 2016 campaign. The same league that brought in Jay-Z to tell the world—and particularly the players—that “we’ve moved past kneeling.”

Amazing how the balance of power has changed almost overnight. All it took was a combination of the largest national demonstrations in the history of the United States and, more critically, the very real threat that the players—even with their short playing careers and non-guaranteed contracts—might sit out the games.

Just take a look at what the NFL is currently doing to demonstrate its sincerity to players, even if it upsets Trump and a section of its fan base. Goodell has announced that “End Racism” and “It Takes All of Us” will be stenciled in the end zones of all stadiums. Week one games will begin with, in addition to the national anthem, the song that is known as the Black national anthem, “Lift Every Voice and Sing.” Decals with political slogans will be allowed on helmets. Voting drives will be a part of the league’s initiatives. Goodell has even said that he wishes “we had listened earlier” to what Kaepernick was trying to bring attention to when he began kneeling during the national anthem in 2016 and that he wants to “encourage” a team to sign the exiled quarterback. In addition, teams are putting out their own statements that call for police accountability, voting drives, and even legislation to deal with the reality that police exist above the law. Anti-racist authors are being brought in to speak to team executives. Everything short of Jerry Jones coming out in a Dashiki and leading a team study group in “Go Tell It On The Mountain.”

The question, of course, is whether this will achieve the goal of making sure that no games have to be canceled. NFL Executive Vice President of Football Operations Troy Vincent has said that players “have the choice” to sit out games and can do so without threat of reprisals. This is likely a way to prevent entire teams from acting in unison and instead present protest as the symbolic action of an individual player—making sure that the games get played, even if a couple of players take Sunday off.

Baseball Says No to Jim Crow 2.0

Excuse my cynicism, but the overwhelming majority of the league’s revenue doesn’t flow from fans’ buying nine-dollar bears and big foam fingers. It comes from multibillion-dollar television deals with the networks and ESPN. The NFL is by far the most popular sport in the land, and if its players, 70 percent of whom are Black, decide that the money will stop flowing, then that’s exactly what is going to happen. It’s not just the players who are realizing their power, but Goodell and friends are realizing that the players are realizing their power.

Where this goes is anyone’s guess. Much of it, tragically, depends less on the league’s efforts at window dressing than on whether the police, or their extrajudicial militia arm that Trump is empowering in the streets, commit another atrocity, create another hashtag, and demonstrate yet again the depths of the violent crisis gripping the country. If that happens, Dan Snyder wearing a Kente cloth just isn’t going to cut it.

One thing is certain: Roger Goodell is absolutely right when he said that they should’ve listened to Colin Kaepernick. If only their biggest worry was the specter of a player taking a knee.