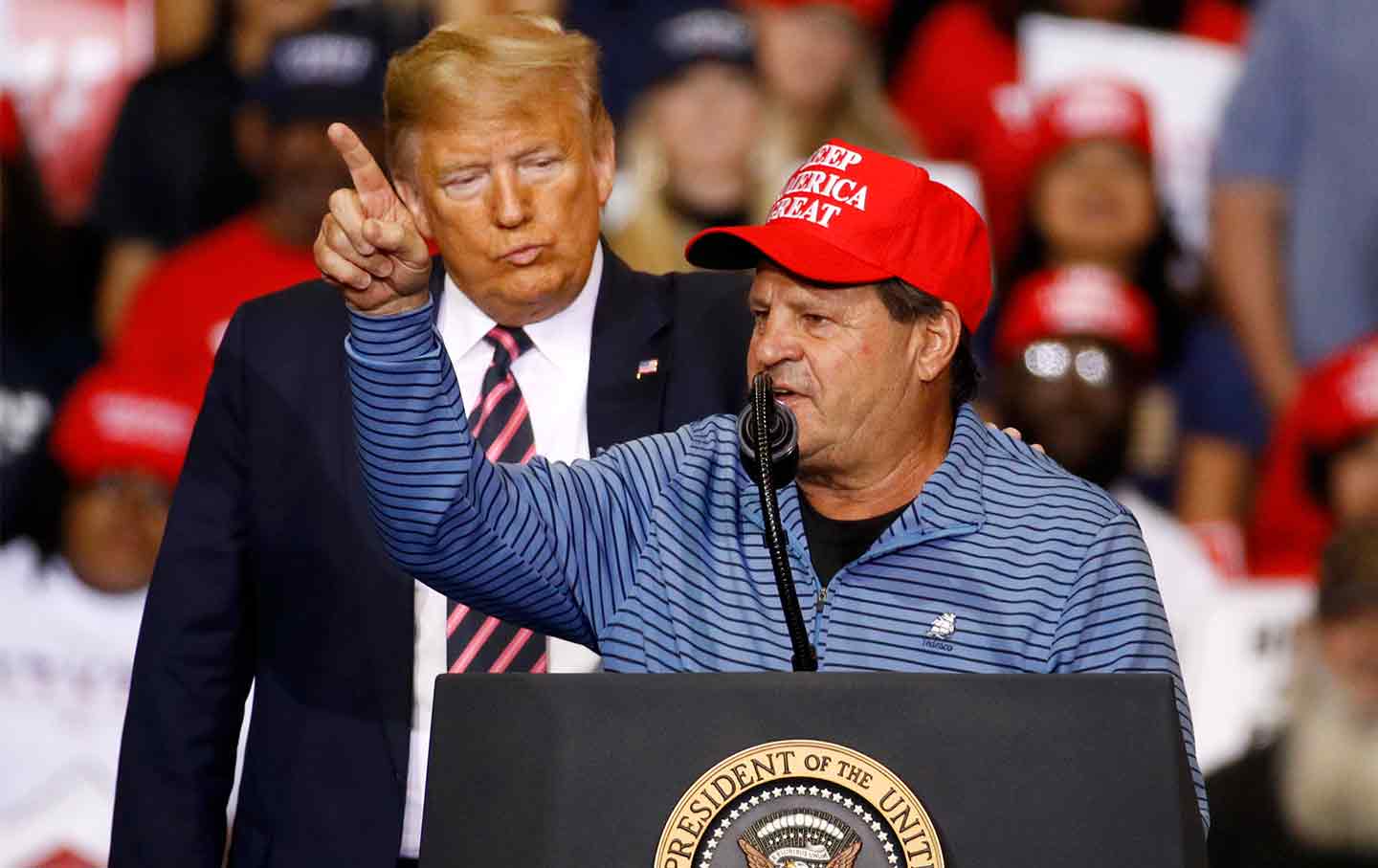 The 1980 underdog, gold medal-winning “Miracle on Ice” US Olympic hockey team has long been heralded as perhaps the greatest sports story of the 20th century, but it was always more than that. Forty years ago, the victory was held up as a symbol of a new, and much craved for, “national unity.” After the scarring divisions in the United States caused by the war in Vietnam and the loud and proud movements for civil rights, the 1980 team said to the country that we could proudly unite once more and achieve the impossible—and over our enemies, the Soviets, no less.

It was national pride for a group of all-white, unknown college kids as they defeated a big, badass Soviet squad—think Ivan Drago on skates—during their impossible journey to gold. A sister of one of the US hockey players—as people shouted “The Russians! I can’t believe we beat the Russians!”—said that she hadn’t seen so many flags since the ’60s. “And we were burning them then.”

The memories of that universal unity and joy have now been ripped to shreds and, tragically, it’s been done by many of the players themselves. At a Trump rally in Las Vegas, most of the members of the 1980 team took the stage, many wearing the bright red Make American Great Again caps, and praised Trump, as he basked in their worship. Trump asked team captain Mike Eruzione, bizarrely, to tell the crowd he was a good golfer, and Eruzione responded, “Whatever you say, sir.”

The team proceeded to smile while Trump blasted the South Korean film Parasite for winning Best Picture. They grinned along as Trump whined that they don’t make films like the plantation slave epic Gone With the Wind anymore. Trump also “joked” about serving an endless number of terms. As he waxed nonsensically about autocracy, the players from the 1980 team provided the backdrop.

Following the shock, outrage, and, it must be said, mourning of seeing this beloved team joyously consent to being props for the Mad King, the team’s Twitter account offered a meek defense, writing: “This is about proudly representing the United States of America. Whether your beliefs are Democratic, Republican or Independent, etc. we support that and are proud to represent the USA.”

One could certainly argue, as many have over social media, that this is yet another example of Trump poisoning everything he touches: that he can take even something as pure as the 1980 US Olympic hockey team and turn it into something ugly. This perspective, however, ignores the fact that this is not the first time the 1980 team has been a symbol of right-wing propaganda. We forget that 40 years ago, their victory was less a symbol of unity than a pivot towards reaction.

When they won the gold, their triumph was broadcast as an opportunity to turn the page on the previous decades when people actually fought an unjust war and pushed for civil rights. This rosy-cheeked team was pumped throughout the media as a reminder of better days. It was a cultural projection that fit like a glove, with the presidential campaign of the first person to use that “Make America Great Again” slogan, Ronald Reagan. As Reagan preached national unity, while ruthlessly rolling back recent victories, the 1980 team was the symbolic touchstone. Reagan loved to wax rhapsodic about a Leave It to Beaver era before people questioned their government. For him, this team was catnip, and the players were glad to be part of it. As he said in remarks to the US team in 1987 in the Rose Garden:

I think Americans see in this team a national symbol, a symbol of what might be called the corny, homegrown conviction that victory can come to those who live by the amateur spirit, who play fair and by the rules, that nice guys in a tough world can finish first.

The game was also used by Reagan as a way to symbolize the breaking of détente with the USSR and entering a much more militant mindset: reheating the Cold War, putting the nation, we now know, dangerously, close to nuclear war.

Like with so many things Trump, the rally pulled off the mask and revealed where the team actually stands. As in 1980, the team is using their victory less to bring the country together than to drag it into the past. They aren’t dupes. They are doing this of their own free will. They want to have their cake and eat it too: to cozy up to reaction while insisting that the attendant mud doesn’t tarnish their gold. It doesn’t work that way in 2020. As with anyone who stands too close to Trump, they leave that rally visibly stained, for all to see.